Free speech is a value, not a right. Understanding this distinction sheds light on the various debates in the culture war—who social media platforms should ban, the role of the First Amendment, and cancel culture. It’s true that companies like Twitter and Facebook have the moral right to allow whoever they like on their platforms. In that sense, customers do not have some immutable right to say whatever they please, but instead must conform to the companies’ rules or risk banishment. The same holds for a suburban dinner party—the host owns the house and so determines the rules of engagement for guests. In general, it is the owner of the property who decides what is and is not acceptable speech there.

Even the First Amendment of the United States’ Constitution does not really grant its citizens a right to free speech. The Amendment is more about constraining government encroachment rather than allowing Americans to speak their mind in all places and at all times. “Congress shall make no law… abridging the freedom of speech, or of the press…” reads the text, and it’s certainly important to shackling the Leviathan. The First Amendment does not bestow a right to free speech, it prevents government from passing legislation criminalizing it. We are all still subject to the speech codes, cultural norms, and rules of conduct set forth by the owner of any shop, restaurant, hotel, company headquarters, and web platform that we wish to use. There is far more to society than government.

Private property rights define who is morally permitted to employ particular resources to their ends. This captures the intuition that you own your body and therefore have the right to “employ” it to whatever end you desire, so long as you do not violate someone else’s right to do the same. This logic extends outwards to any physical resource that we might appropriate. We need a notion of private property rights because resources are scarce—not everyone can inhabit the same parcel of land simultaneously, nor eat the same apple, nor take the same cab. The system of private property rights, which we already live by in our daily lives, is how we’ve solved the problem of dealing with a world of individual ends and finite resources. 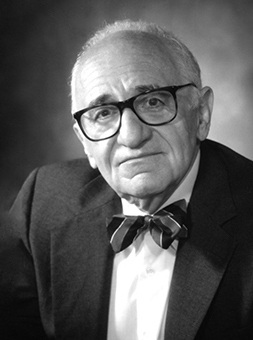 Free speech is subordinate to the private property rights of whatever resources are needed to speak in the first place. For example, the owner of Twitter has the moral right to determine what can be said on his platform. Similarly, the owner of a theater has the right to rent out his property to only scientists, if he so chooses. He also has the moral right to reject proposals by, say, pastors to rent his theater. In The Ethics of Liberty, economist Murray Rothbard summarizes: “Take… the ‘human right’ of free speech. Freedom of speech is supposed to mean the right of everyone to say whatever he likes. But the neglected question is: where? Where does a man have this right? He certainly does not have it on property on which he is trespassing. In short, he has this right only either on his own property or on the property of someone who has agreed… to allow him on the premises. In fact, then, there is no such thing as a separate ‘right to free speech’; there is only a man’s property right: the right to do as he wills with his own or to make voluntary agreements with other property owners.”

Civilization is about more than rights. It is also defined by our culture—what we value, what we pursue, and how we treat dissidents, eccentrics, and other thinkers who fall outside the Overton window. Should we shame them into silence, or pretend they don’t exist, or hope that they are banned from various platforms? While we have the right to wish for their social exile, we should not do so. A culture that rejects free expression as a value is a culture without a reliable mechanism for error-correction. We can never be certain about anything, nor can we ever predict arguments that haven’t yet been conceived, written, or uttered. Arbitrary restrictions on what can be said about some topic presumes that the matter is forever settled.

The government cannot legislate cultural change. American politicians grew hip to same-sex marriage in the mid-2010s only after polls indicated that the people approved. Conversely, the war on drugs, begun by President Richard Nixon in 1971, has been a disaster by any metric in the nearly 50 years since its inception. It has failed in part because people continued to use drugs in defiance of the government’s laws. No amount of top-down legislation will improve the current status of free speech in the Western world, precarious though it may be. It is up to us to take free speech seriously, and to create a culture that cherishes it from the bottom-up. 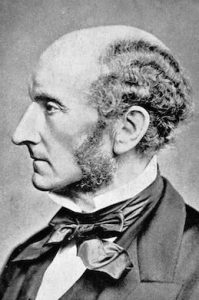 The philosopher John Stuart Mill understood the distinction between government and culture, and the relationship between both and free speech. His 1859 book On Liberty, offers a superb defense of a culture that values open-ended discussion. That governments should not jail individuals for their words is easily understood, and even those who want people banned or bullied for their views might agree with that. But restraints on governments are not enough, and Mill understood that what he called the “tyranny of the majority” could suppress individuals with minority opinions: “when society is itself the tyrant—society collectively, over the separate individuals who compose it—its means of tyrannizing are not restricted to the acts which it may do by the hands of its political functionaries.”

To those who wish to shame, silence, or otherwise suppress uncomfortable, unpalatable, or offensive ideas, what is our argument? First, as Mill points out, even those confident that their opinions are correct will benefit from hearing a novel counterargument. They will come to understand their own position more clearly. If an idea that has been accepted as truth never has to be defended, it will become what Mill called “dead dogma.” An idea no one is permitted to question, even if true, may as well be superstition. Second, history demonstrates that absolute certainty is impossible. We are fallible mammals, capable of improvement but never error-free nor certain of anything. Progress requires creativity—we conjecture some new idea and subject it to criticism. Therefore, any criterion by which we shun particular ideas is necessarily arbitrary, mechanistic, and anti-human.

Shaming rival opinions into silence is counterproductive, since dissidents do not actually change their minds they just retreat into the shadows. During the 2016 presidential election, we saw how cultural intolerance leads to preference falsification which in turn distorts our ability to discern what people really believe, which ideas are popular, and in which direction the political wind is really blowing. How many people are terrified, right now, to express their honest thoughts about Black Lives Matter, or Reddit’s recent purges? A mature adult does not attempt to banish those with opposing views, and is instead secure enough in his ideas to face counterarguments.

In the West, we’ve progressed towards a culture that rejects violence against peaceful people. Shared mores that enjoin us not to hit people or take their property are now so prevalent in contemporary Western culture that they can almost be taken for granted. A brief tour of the not-too-distant past reveals a much bloodier day-to-day reality. Having embraced a norm of peaceful interactions, the tolerance of ideas with which we disagree or even consider to be evil represents a further developmental step in humanity’s civilizing journey. If we do not explain why free speech is a cultural bedrock, we risk losing both free speech and peaceful engagement as a norm. After all, diplomacy and tolerance for debate are beneficial for the same reason—they are the only peaceful alternative in resolving conflicts. Without words, there are only fists. To paraphrase the late philosopher Karl Popper, we should let our ideas die in our place.

We must not forget why open-ended discussion is a pillar of civilization. Free speech is not a right, it is something to be valued. Against the rising tide of cancelation, shame, and forced platitudes, we must articulate exactly what we mean when we say that free speech is necessary. When barbarians arrive at the gates, we need every intellectual weapon we can muster to defeat them.

Logan Chipkin is a Philadelphia writer and tutor. He holds a master’s in biology and a BA in physics. His writing focuses on science, philosophy, economics, and culture. You can follow him on Twitter @ChipkinLogan.

'The Genetic Lottery: Why DNA Matters for Social Equality'—A Review