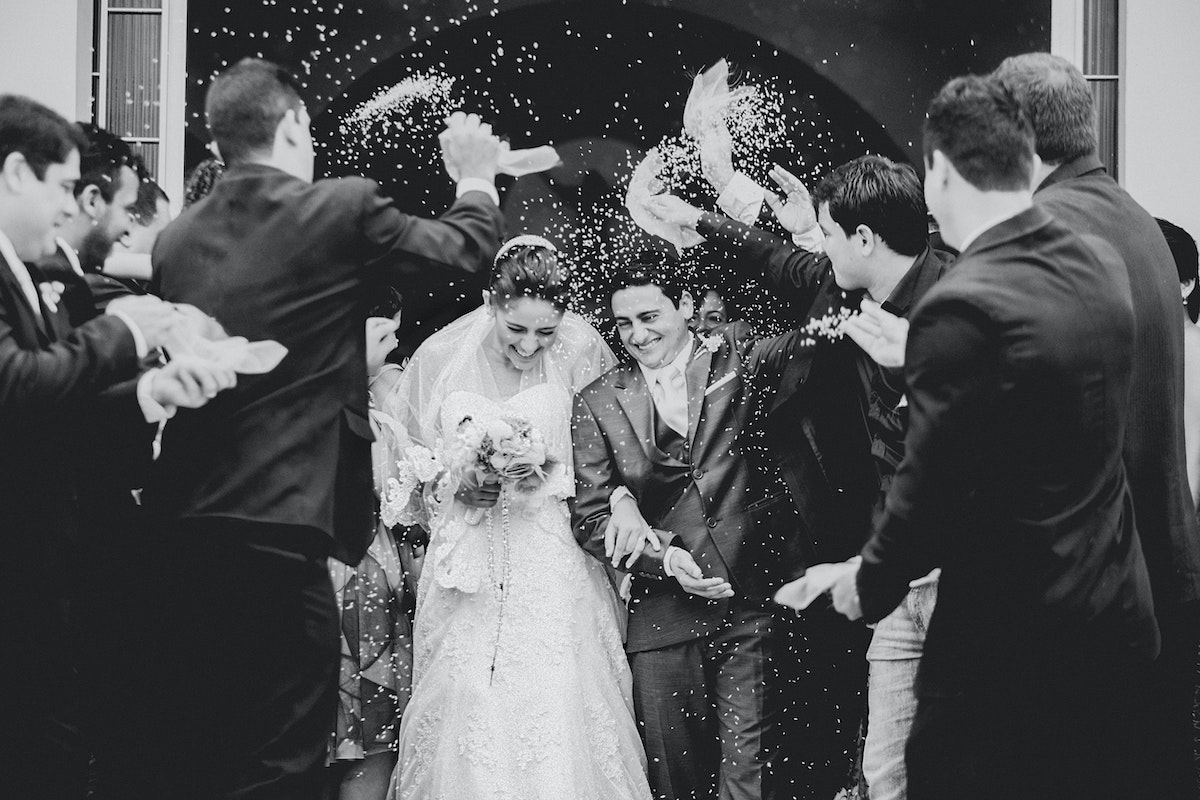 Even before the current crisis, many unmarried mothers struggled to support their families and provide a nurturing and stable environment for children. As the marriage rate continues to decline, this is a growing issue. If policy-makers are going to address this problem, we need to debunk some unhelpful myths and develop a better understanding of why women of all races are marrying less. What’s at stake is the future of the children who live in these families.

There has been a steady decline in US marriage rates, from 65.9 percent of adult women in 1960 to 51.1 percent in 2018. Despite this overall trend, many commentators continue to focus on the low marriage rate among black women—32 percent compared to the white rate of 53.7 percent—because of the high share of black children born to unmarried women: 69.4 percent compared to the white rate of 28.9 percent. They point to the difficulties these children face. They preach the success sequence: education, employment, marriage, and then childbearing. They ignore, however, how low employment and educational attainment among unmarried men adversely affect marriage rates within both black and white communities. They ignore how these male shortfalls may have shaped attitudes towards marriage.

The explanations for the much lower black marriage rate are complex and contentious. As a result of the building of the interstate highway system, trucking replaced railroads as the dominant means of transporting manufactured goods. This change initiated a dramatic shift of manufacturing to suburban industrial parks away from central-city locations. Together with an increased exporting of manufacturing jobs, the employment of urban black men collapsed. In the industrial Midwest, the share of young black men employed in manufacturing declined from 40 percent in 1975 to only 12 percent in 1990. By contrast, the drop for young white men was only 10 percentage points.

At the same time, mass incarceration began. Between 1970 and 2005, there was a four-fold increase in incarceration rates that was driven by drug crime prosecutions, particularly in the late 1980s after the introduction of crack. Criminologists Steven Raphael and Michael Stoll found that between 1984 and 2002 prison admissions for violent offenders increased by about 70 percent while those for drug offenders increased by more than 550 percent.

The declining employment and increased incarceration of young black men led some social scientists to focus on the lack of marriageable men as the root cause of the low black marriage rate. In 1999, among 25 – 29 year-olds, there were 27 percent more black women than black men when we exclude the prison population. This, according to these commentators, is why the marriage rate of black women declined by 19 percent between 1980 and 2000. However, their theory doesn’t explain the 18 percent decline between 1970 and 1980. For conservatives, this was the result of the Great Society welfare program.

Twenty years later, despite declining incarceration rates, black women continue to outnumber black men by seven percent. In addition, the available black men—unmarried and not in jail—still have relatively low employment rates. Despite robust increases over the last decade, the employment rate among black unmarried 25 – 45 year-old men is only 71.60 percent compared to 83.37 percent among married black men.

Many commentators have also pointed to the inability of many black women to partner with similarly educated black men. Among black people aged 25 years and older, 42 percent of women and 52 percent of men have no more than a high school degree; and while 33 percent of black women have at least an associate’s degree, the comparable figure for black men is only 25 percent. The mismatch is even greater when you take into account that interracial marriage rates among newlyweds are also substantially higher for black men (24 percent) than for black women (12 percent), with the gap increasing as educational attainment rises. By contrast, Latinas and Asian women are more likely to intermarry than their male counterparts. Thus, disparate educational attainment and out-marriage rates, it is argued, have created further obstacles for unmarried black women.

The discussion concerning the white community is more muted. Between 1995 and 2010, there were significant family formation changes. The share of 12 year-old children born to and still living with married parents declined from 63 to 52 percent, while the share in cohabitating relationships increased from five to 14 percent. However, child stability was still much greater for white than for black children. In 2010, only one-third of black children were living with both biological parents compared to almost three-quarters of white children. At age 12, only one-fifth of black children were born to biological parents who were still married. This may be one reason we haven’t heard as much about the destructive effect of the declining marriage rate among white people as we have about the impact of the opioid crisis.

Looking at the educational attainment of men and women can shed some light on marriage market dynamics. Using composite data for 2008 – 2017, economists Lichter, Price, and Swigert compared the characteristics of currently married men to those of unmarried men aged 25 – 45. They found that the income of married men is 58 percent higher, employment rates are 30 percent higher, and married men are 19 percent more likely to have a four-year college degree than unmarried men. These disparities point to the shortcomings of unmarried men, forcing many women to make compromises if they wish to marry.

Since that study used composite data, it was unable to show trends. My own work compares 2010 and 2019 and I calculated the educational attainment data for white and black men and women separately. Over the nine-year period, women continued to have higher educational attainment than men but the gap changed substantially. Within the black community, the share of unmarried men with at least an associate’s degree increased by 10.22 percentage points, outpacing a 6.02 percentage-point increase among unmarried women. As a result, in 2019, the black educational gap decreased to 6.64 percentage points.

During this nine-year period, changes among white men and women were markedly different. The share of unmarried women with at least an associate’s degree increased by 8.41 percentage points compared to a 4.93 percentage-point increase among men. As a result, the white educational gap increased to 10.01 percentage points. In addition, the employment rate of unmarried white men was 81.55 percent, well below the 91.05 percent among married white men.

Some commentators—like David Brooks and Christina Cross—claim the declining marriage rate reflects its diminished value. In an article entitled “The Nuclear Family Was a Mistake,” David Brooks contends that prior to World War II the dominant family type was the extended family in which married couples were embedded within a larger set of family ties: parents, grandparents, and siblings. Once these extended relationships became attenuated in the postwar period, the stand-alone nuclear unit lost much of its value.

But Brooks never explains how abandoning the nuclear family would benefit unmarried mothers and their children. Indeed, the professional class continues to embrace marriage, partly because of its benefits to their children. Moreover, as Kay Hymowitz documents, even in the prewar era when extended families were more prevalent, nuclear families still dominated.

While it’s possible to quibble with the details of both Brooks’s and Cross’s arguments, it does appear that at least within the black community the social value of marriage has declined. Despite a significant decline in employment and educational gaps between married and unmarried black men, the black female marriage rate still declined by two percentage points over the nine-year period. Even though these gaps closed, black women may be increasingly unwilling to marry less educated and less employed black men.

There was also a 1.6 percentage-point decline in the marriage rate of white women despite a decline in the employment gap between married and unmarried white men. That suggests the growing educational gap between white unmarried men and women had a more powerful influence than employment. Given the substantial benefits to children from marriage, this is one more reason why future public policies should take the educational shortfalls of white men as seriously as those of black men.

Robert Cherry is a former professor of economics at Brooklyn College.