According to statistics compiled by Our World in Data (OWD), the number of newly confirmed COVID-19 deaths increased yesterday. As reported by the European Centre for Disease Prevention and Control (ECDC) on Saturday morning, the data indicated 3,418 new confirmed COVID-19 fatalities globally. However, this figure embeds what I confirmed was an erroneous report for Argentina, artificially inflating deaths by 100. Correcting this would put the actual number of deaths at 3,318, which is still a substantial increase over Friday’s reported deaths, which were 2,684.

As has been the case over the last three weeks, the highest number of dead were in France (299), Italy (971), Spain (769), and the United States (411), and these countries accounted for over 70 percent of total global deaths reported yesterday. This figure has remained above 65 percent for 18 of the last 19 days.

The case of Italy is particularly alarming. Italy recorded its 1,000th COVID-19 death more than two weeks ago, and much of the nation has been on lockdown since early March. Precedents in numerous other parts of the COVID-19-afflicted world show that aggressive interventions typically begin to show positive effects within this time envelope. Yet Italy continues to report 30 percent of all the world’s COVID-19 deaths, and two-thirds of those deaths have taken place in the region of Lombardy, which accounts for only one-sixth of the country’s population.

On an annualized basis, the last three weeks in Lombardy correspond to a regional per-capita death rate of 0.72 percent—or, put another way, the death of one person out of every 140 residents. This figure is comparable to the average mortality rate in many Western countries during the 1918 flu epidemic (sometimes described as the Spanish flu).

The good news is that most other Western nations seem to be keeping their daily death rate in double or even single digits. And while the number of reported confirmed cases is skyrocketing in many parts of the world, this is connected to the fact that far more people are being tested—which is of course a good thing.

Unfortunately, even widespread testing won’t help us suppress the COVID-19 pandemic if health officials can’t (or won’t) follow up scrupulously with close contacts of those who test positive. In this regard, anecdotal reports from parts of the United States suggest that this isn’t happening, including in the New York City region, where the infrastructure is now completely overwhelmed. And in Quebec, more than 15 percent of test-positive individuals apparently can’t even be located.

Meanwhile in Sweden—whose liberal approach I highlighted in this space four days ago—daily COVID-19 death tallies have crept into double digits, and the government is starting to implement some of the lockdown protocols adopted by most of Europe—including a ban on gatherings of more than 50 people. Public schools and day cares remain open, however.

The New York Times carried two excellent reports in Friday’s print edition. One is a sad and harrowing account of the medical apocalypse in Bergamo, a small city in Italy’s aforementioned Lombardy region, just north-east of Milan. The official statistics place about 1,400 of Italy’s COVID-19 deaths in this one city. Bergamo’s population is about 120,000, so this would correspond to an annualized death rate of 14 percent. Amazingly, some suspect the death rate may be even higher, because bodies are piling up faster than they can be processed.

I have seen some people on social media insisting that Italy is simply experiencing a particularly bad “flu season.” And yes, the flu does kill thousands of Italians every year (sometimes, tens of thousands). But no one can read this Times account and come away with the idea that this tragedy is on the normal year-to-year influenza continuum. Some media in the region, the Times reports, are dedicating entire daily editions to death notices.

The other Times report that I recommend is this profile of New Rochelle, NY, where a cluster of COVID-19 cases spiked and then levelled off over two cycles. Locals originally were embittered by the containment policies put into place earlier this month. But now that evidence has emerged that these measures worked, they are much more supportive.

New Rochelle is part of a pattern whereby COVID-19 cruelly preys on those few institutions within our society where people consistently can meet in person, such as houses of prayer, public celebrations, funerals, sports events, and even vacation cruises. The New Rochelle residents whose families were first ordered to self-quarantine on March 3rd were all members of the same synagogue, Young Israel of New Rochelle, and there were fears that an infected congregant had unwittingly turned a local funeral service and bat mitzvah into a “super-spreading event” (SSE) of the type I discussed yesterday. This would parallel (in miniature) the outbreak at the Shincheonji Church of Jesus in Daegu, South Korea. In the small Canadian province of Newfoundland and Labrador, an incredible 68 cases have been linked to a single funeral home, out of only 102 total cases in the whole province. In British Columbia, a majority of the province’s COVID-19 deaths are associated with an outbreak at a single elder care facility. And in Italy, the February 19th soccer game between Atalanta and Valencia at Milan’s San Siro stadium may go down as one of the biggest SSEs in modern history. More than a third of Valencia’s team members became infected that day, as did an uncountable number of the many Bergamo residents who attended to cheer on Atalanta. (Of the notable COVID-19 SSEs that I have seen described in the media and scientific literature, this soccer game is the only one where attendees were even partially exposed to the open air. However, the roof of San Siro covers all seated areas, and the 46,000 attendees would have been closely packed.)

There’s an ironic and tragic back story to that soccer game. The Atalanta side, known more formally as Atalanta Bergamasca Calcio, is based in Bergamo. Having qualified for the UEFA Champions League for the first time in the small-market team’s history, Atalanta became subject to UEFA regulations, which required that they play in a venue larger than their 21,000-capacity home stadium in Bergamo. This is how the team ended up playing—and winning—at Milan’s San Siro on February 19th. We now know how this story ends for Bergamo. But at the time, it stood as one of the greatest “fairy tale” moments in the small city’s history, which is why 40,000 Bergamaschi, a third of its population, ended up in San Siro that day, with shops being closed and kids taken out of school. That incredible series of sporting events—leading to the improbable spectacle of a small-market team playing in a nearby big-market stadium—is what allowed 33 percent of Bergamo to turn one building into a giant petri dish, the statistical equivalent of three million New Yorkers sitting cheek-by-jowl to watch a Yankees game.

This is intended to be a short weekend update. I will return to some of the larger issues surrounding COVID-19 modelling next week. But before ending, I’d like to suggest this article on mask usage by Dr. Sui Huang, a molecular and cell biologist. The upshot on masks, which he presents upfront, is basically: Wear ‘em if you got ‘em. Or, in his more refined formulation: “The latest biological findings on SARS-Cov-2 [i.e. COVID-19] viral entry into human tissue and cough-droplet ballistics suggest that the major transmission mechanisms are not fine aerosols but large droplets, and thus, warrant the wearing of surgical masks by everyone.”

If you have time, please read the whole article. Putting aside the issue of mask usage, it’s probably the best thing I’ve read on the real nitty-gritty mechanisms by which people become infected with COVID-19—even if the details of “cough-droplet ballistics” might do little for your mood or appetite.

Finally, I know these updates are sometimes a little bit long and dense. So here’s someone who delivers the most vital parts of the science in just one minute, 52 seconds: 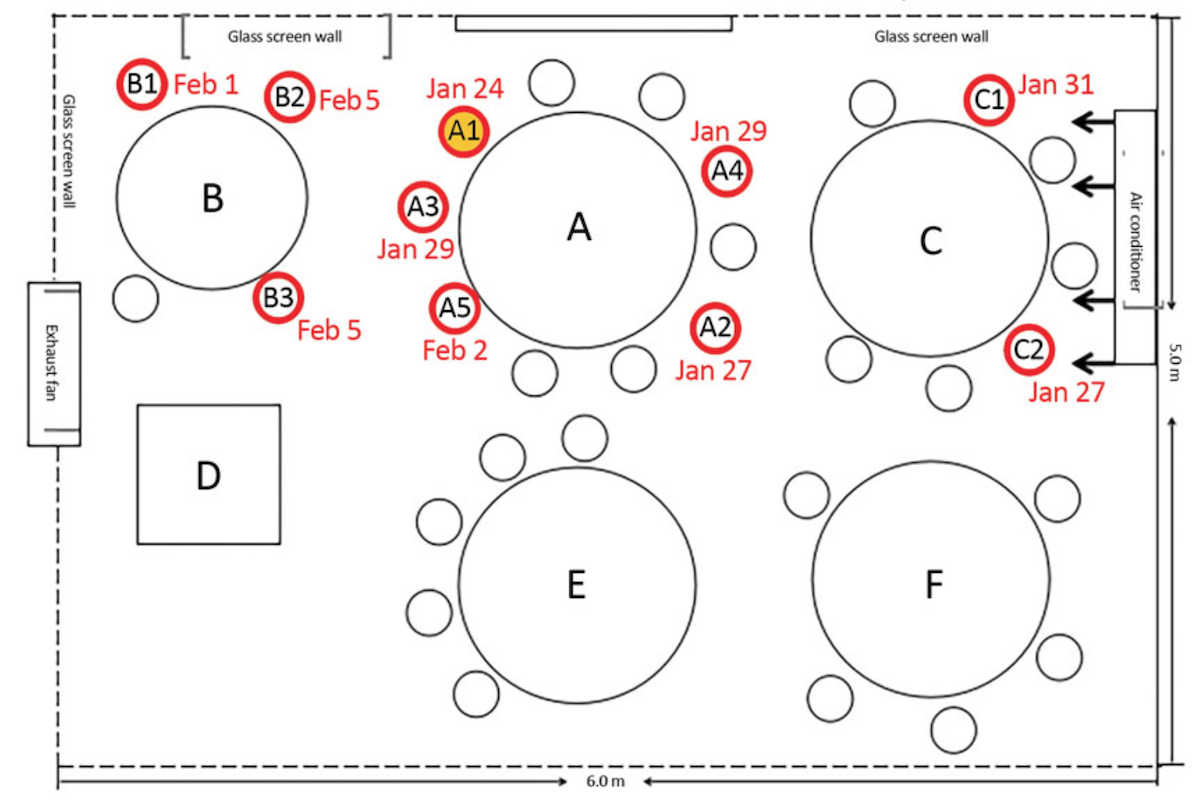 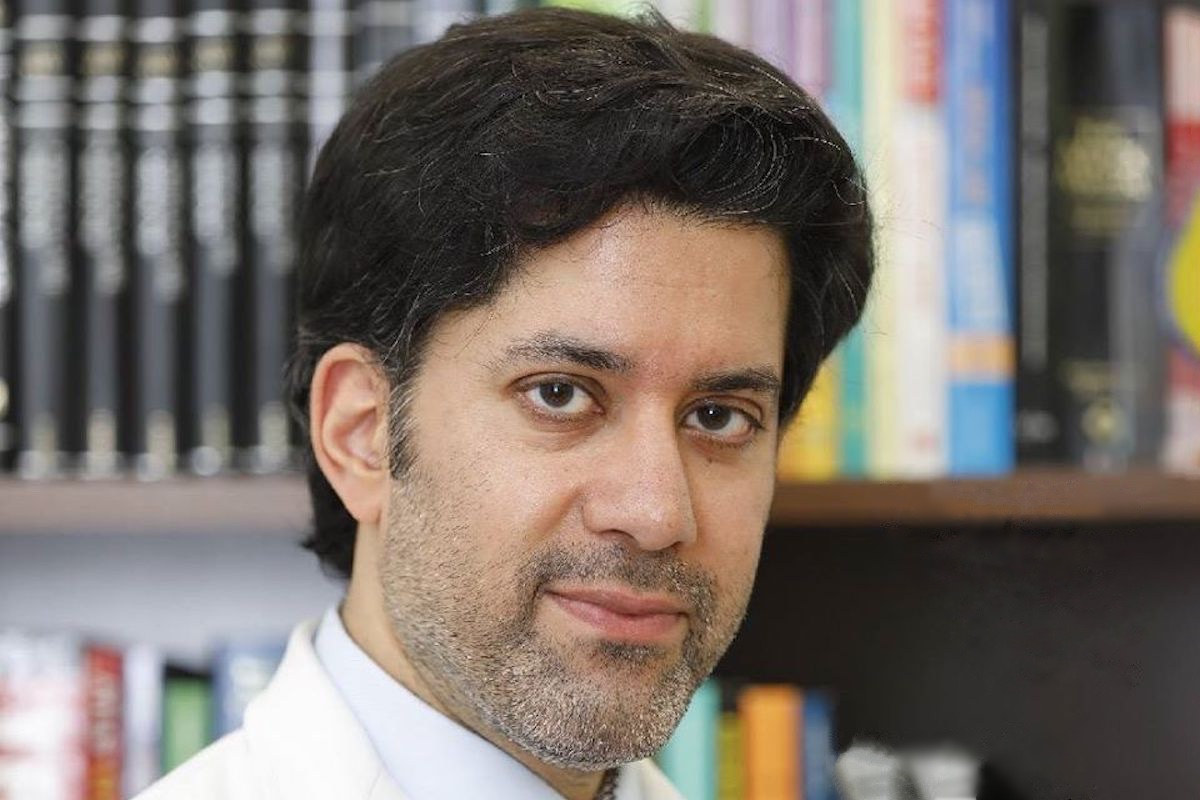