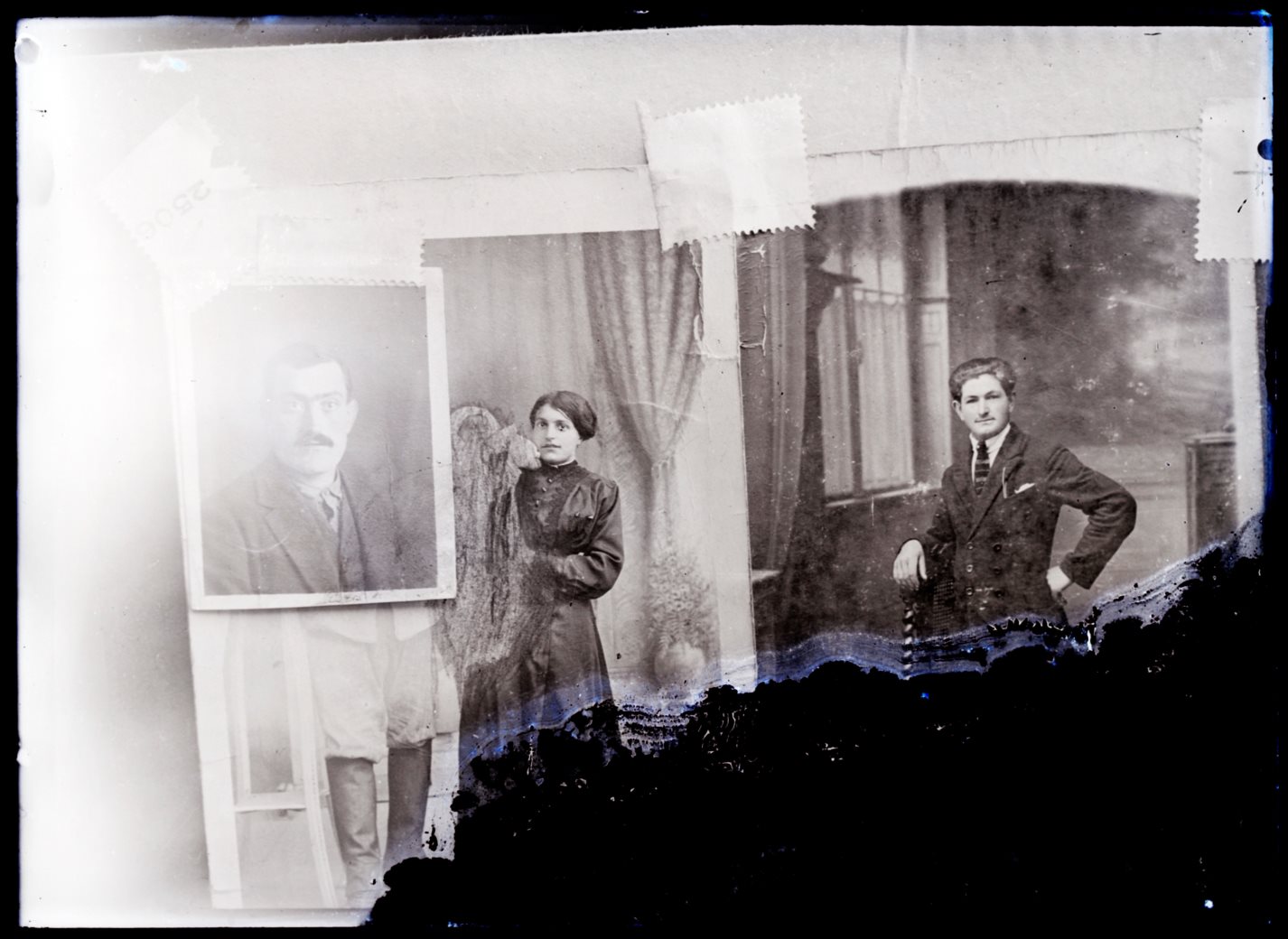 We live, as the Indian essayist Saeed Akhter Mirza has put it, in “an age of amnesia.” Across the world, most notably in the West, we are discarding the knowledge and insights passed down over millennia and replacing it with politically correct bromides cooked up in the media and the academy. In some ways, this process recalls, albeit in digital form, the Middle Ages. Conscious shaping of thought—and the manipulation of the past to serve political purposes—is becoming commonplace and pervasive.

Google’s manipulation of algorithms, recently discussed in American Affairs, favors both their commercial interests and also their ideological predilections. Similarly, we see the systematic “de-platforming” of conservative and other groups who offend the mores of tech oligarchs and their media fellow travellers. Major companies are now distancing themselves from “offensive” reminders of American history, such as the Nike’s recent decision to withdraw a sneaker line featuring the Betsy Ross flag. In authoritarian societies, the situation is already far worse. State efforts to control the past in China are enhanced by America’s tech firms, who are helping to erase from history events like the Tiananmen massacre or the mass starvations produced by Maoist policies. Technology has provided those who wish to shape the past, and the future, tools of which the despots of yesterday could only dream.

Sadly, many of  the very institutions charged with understanding the past are now slipping back to Medieval antecedents. Writing in 1913, the historian J. B. Bury compared the Middle Ages to “a large field … covered by beliefs which authority claimed to impose as true, and [where] reason was warned off the ground.” Scholars at the University of Paris, described as the “theological arbiter of Europe,” were “licensed” by the bishop to, among other things, defend church dogma. In the late 1300s, the University held a conclave to reassert the reality of demons that were supposedly infecting society. 1

Over the ensuing centuries, as capitalism and liberal thought arose, the university gradually  emerged as a beacon of liberal education, open inquiry, and tolerance. But this period of liberalization seems to be coming to an end. Like the Medieval scholars, today’s intellectuals are narrowing the field of inquiry. The “frantic energy to know more and more about less and less,” identified by Russian sociologist Pitirim Sorokin a half century ago, has made academic life increasingly irrelevant to most people.

A healthy appreciation for the past is being lost. Today, historical analysis is increasingly shaped by concerns over race, gender, and class. There are repeated campaigns, particularly in and around schools, to pull down offensive statues and murals—including of George Washington—and to rename landmarks to cleanse Western history of its historical blights.

It is not surprising to find that a worrying number of  students possess remarkably little knowledge of history or of how civilization developed. The number of history degrees being awarded is down 33 percent this decade to the lowest on record, and history departments, like the even smaller classics departments, are increasingly run by progressive critics with little conservative or liberal input. University summer reading lists largely ignore the great texts of Homer, Confucius, Shakespeare, Milton, de Tocqueville, Marx, or Engels. Professors have faced criticism for assigning too many books written by dead white males who, as a group, are linked to such horrors as slavery, the subjugation of women, and mass poverty. Books written before 1990, suggests the Guardian’s Ashley Thorne, represent “a historical cliff beyond which it is rumored some books were once written, though no one is quite sure what.”

These trends are combining to produce what the late Jane Jacobs called a “mass amnesia,” cutting Western societies off from knowledge of their own culture and history.2 Europe, the primary source of Western civilization, now faces a campaign, in both academia and elite media, to replace its art, literature, and religious traditions with what one author describes as “a multicultural and post racial republic” supportive of separate identities. “The European ‘we’ does not exist,” suggests French philosopher Pierre Manent. “…  European culture is in hiding, disappearing, without a soul.”

Peasants and many nobles in the Medieval period usually lacked first-hand knowledge of even the Bible and Christian theology and lore. Yet they had the excuse of being illiterate during an age in which books were expensive to produce and rare. By contrast, the liberal era that began in the sixteenth century saw dramatic gains in literacy, notably in Great Britain and Holland; between the sixteenth and nineteenth centuries, English literacy rates rose from 30 to 50 percent.

This trend was most marked in the British colonies of North America. Benjamin Franklin noted that high levels of literacy helped American traders and mechanics instigate the rebellion against the Crown and sustain it.3 But now, with access to information unimaginable in the past, our knowledge of history is fading. Information is increasingly separated from actual knowledge; blogs replace books, and tweets replace essays. Knowledge of even relatively recent events, like the Holocaust or D-Day, is become scanty. Four in 10 American millennials, and at least one in three Europeans, say they know “very little” about the Holocaust, and one in five young French respondents are not even aware it took place.

Nor is it likely they will become better informed outside of school. Book-reading outside of school and work has declined markedly, particularly among the young, so that barely half actually read anything for pleasure or personal edification. Between 2011 and 2015, the number of American children who said they read “for fun” dropped nearly 10 percent according to a recent survey. Indeed, one recent study of American college students found that upwards of 40 percent “did not demonstrate any significant improvement in learning” over four years of college. A landmark study by University College London (UCL), based on 11,000 children tracked from their births in 2000, found that only one in 10 students surveyed ever did any reading for pleasure in their spare time.

Intellectual intolerance thrives when the heritage of the past—with its mixed and inconvenient lessons—is sent down the memory hole. In feudal times, classical heritage was replaced by rigid religious dogma. Today’s clerisy uses the education system, the media, and the means of cultural production to impose its standards of “privilege” and value, and to decide who deserves special dispensations.

Throughout history, those who assume an absolute superiority of belief rarely demonstrate a natural inclination to skepticism or doubt. Education and culture are not prerequisites for enlightenment; academicians, entertainers, and scientists thrived in the Soviet Union, and in Nazi Germany, they served as a “stronghold” of the party and, later the regime.4 Academics, artists and journalists can prove to be the most vociferous conformists and enforcers of orthodoxy.

Critical to this devolution is the absence of conflicting views. The faculties of universities in the West are increasingly afflicted with troubling levels of unanimity. In 1990, according to survey data by the Higher Education Research Institute (HERI) at UCLA, 42 percent of professors  identified as “liberal” or “far-Left.” By 2014, that number had jumped to 60 percent. Another study of 51 top colleges found that the ratio of liberals to conservatives can be as high as 70 to one and is usually at least eight to one. At elite liberal arts universities like Wellesley, Swarthmore, and Williams, the proportion reaches an astonishing 120 to 1.

These trends are particularly acute in fields that most impact public policy and opinion. Well under 10 percent of faculty at leading law schools—such as Harvard, Yale, Stanford, Columbia, and Berkeley—describe themselves as conservative. These patterns can also be seen in the United Kingdom. Although roughly half of British voters lean to the Right, only 12 percent of academics do so. Such gaps are common both in Canada and across Europe. Professors who criticize multiculturalism, mass migration, or even the utility of “bourgeois values,”  can find their employment threatened.

Liberals like Cass Sunstein suggest that students raised in an atmosphere of homogeneity “are less likely to get a good education, and faculty members are likely to learn less from one another, if there is a prevailing political orthodoxy.” Yet too few university administrators counter these trends. One college President in Canada, for example, justified efforts to tamp down on “free speech” by arguing that doing so created “better speech.” At many schools, professors are now asked to sign “diversity” pledges that eerily reprise the kind of “loyalty” pledges common during the darkest days of the Cold War. This passion for thought control extends even to comments such as “America is the land of  opportunity” or professing to believe in a colorblind society, views which can now be categorized as punishable “microagressions.”

This ideological rigidity has shaped a generation of progressive activists who also now represent the best educated, whitest, and most politically intolerant portion of the American polity. A common tendency among progressives is to designate certain conversations as “hate speech,” an approach to free speech recently endorsed by the California Democratic Party.

In the end, the embrace of wide-ranging ideologies such as “intersectionality”—linking all manner of gender, racial, colonial, and class oppression—makes a nuanced discussion about the past almost impossible. As the writer James Lindsay has observed, only a “morally pure” version of history and culture is now acceptable. “They especially tend to demonize heretics or blasphemers,” he said, “or anyone who goes too far outside that dogmatic structure of belief and threatens it. Those people are often excommunicated.”

The Threat to Democracy

The purge of conservative or even traditional liberal thought from the universities and the media is already having an impact on democracy. Some 40 percent of American millennials favor limiting speech deemed offensive to minorities, well above the 27 percent among Gen-Xers, 24 percent among Boomers, and 12 percent among the oldest cohorts. Millennials are also far more likely to be dismissive of basic constitutional civil rights, and more sanguine about a military coup than previous generations.

Similarly, European millennials display far less faith in democracy and fewer objections to autocratic control than previous generations, which lived under dictatorships or in their aftermath. Young Europeans are almost three times as likely to say democracy is failing than their elders.

The spread of mass education may have exemplified the promise of liberal civilization. But, without an understanding and appreciation of what allowed it to flourish, it could also accelerate its dissolution. The reduction and reshaping of the past are essential to undermining liberal democracy. The great exemplars of the past—Washington, Madison, Burke, Jefferson, Lincoln, Churchill—all warned that human beings are not necessarily good and, for that reason, power must be dispersed and restrained not concentrated. Yet we are witnessing the creation of a society, as envisioned by HG Wells, controlled by a credentialed elite. This “emergent class of capable men,” Wells wrote, should take upon itself the task of “controlling and restricting…the non-functional masses.” This new elite, he predicted, would replace democracy with “a higher organism” of what he called “the New Republic.”5

Any reasonable reading of history cautions us against such power grabs, however well-intentioned. But this won’t resonate if our next generation remains cut off from the past and molded by a highly manipulated tech-driven reality. If one does not even know about the legacies underpinning democracy, individual freedom, and open discussion, one is not likely to miss them when they are eroded.6

Joel Kotkin is a Presidential Fellow in Urban Futures at Chapman University and Executive Director for the Center for Opportunity Urbanism. His last book was The Human City: Urbanism for the Rest of Us (Agate, 2017).