Will Storr is an award-winning journalist and novelist. His work has appeared in outlets such as the Guardian, the Sunday Times, the New Yorker, and Esquire. His latest book is Selfie: How We Became so Self-Obsessed and What it’s Doing to Us. As a psychologist who studies the self and related topics, I was excited to read the book and was not disappointed. I highly recommend it. Below is an interview I conducted with Mr. Storr about Selfie.

Clay Routledge: What made you interested in researching and writing a book focused on the self?

Will Storr: My previous book, The Unpersaudables, was an investigation into how intelligent people come to believe crazy things. It focused on the ways we become intellectually stuck. I concluded that we don’t really choose the things we believe—at least not those things that are core to our worldview. What we believe is just part of the accident of who we are. In an important way, our core beliefs and our self are indivisible.

But this was also a slightly unsatisfying answer, because clearly people do change. I became curious about how this happens and began focusing, in my journalism, on people who’d changed their minds. One of these people was the eminent psychologist Professor Roy Baumeister who used to be a believer in the self-esteem myth. Not only did he change his mind, he was an important figure in proving to the world that the idea, which was dominant at the time, was wrong.

CR: What is the self-esteem movement and how did it come about?

WS: Its proponents believed self-esteem was a “social vaccine” that could cure us of a vast array of problems, and to make us more successful and competitive in our working lives. At its simplest, it said that in order to become amazing we must believe we’re amazing. It helped change the way we raised and taught our children.

At the heart of Selfie is a deep investigation into one of its main proponents, a politician named John Vasconcellos, and his government mandated task force to look into self-esteem. He told the world that the scientific part of his investigation confirmed that high self-esteem was, indeed, a social vaccine. I tracked down former members and spent weeks pouring through their archives and found that he’d deliberately lied and attempted to cover up about what the science really showed—which was no causative link between self-esteem and good outcomes.

Unfortunately, Vasconcellos’s lie went around the world. Journalists bought it, powerful influencers such as Oprah Winfrey embraced it and the idea took over. It was hugely consequential. It was in this era of self-esteem parenting and teaching that we began to see the rise of narcissism in young people, that leads right into this “selfie” era. I believe that Vasconcellos and his task force played a part in that story.

CR: There has been a lot of attention on rising rates of narcissism. What is the current thinking on the causes of this increase? And how worried should we be?

WS: The data behind the narcissism rise has been controversial and I take a careful look at the arguments on both sides. I think it’s real (even if calling it an “epidemic,” as some have, is probably an overstatement, in my view). As for the reasons behind it, I think self-esteem parenting played a part—it’s since been found that “parental overpraise” raises narcissism in children and this was, indeed, the era of parental overpraise!

But another huge part of the story is the economy. If there’s one single idea that underpins Selfie, it’s that a huge part of who we are, as a people, emerges from our environment. 2,500 years ago, in ancient Greece, where the Western personality came into being, it was the ecology of the place that was of critical importance. The rocky coasts and poor soil forced us into becoming individualistic hustlers, because that’s who we needed to be in order to survive. Today, when we’re not so tied to the land, it’s the economy.

In the 1980s our economy went through a massive change. It was the era of neoliberalism, which saw an end to the relatively collective world we’d been immersed in for decades. Reagan and Thatcher wanted to save us from the economic mess of the 1970s by increasing competition wherever they could. So we became more competitive. Think about who we were, in the West, in 1965 versus who we were in 1985. We’d changed from hippies to yuppies—an absolute revolution in self. What happened right in the middle of those dates? Our economy transformed.

Self-esteem was a kind of neoliberal remix of the “Human Potential” ideas around self that emerged in the 1960s. It was the right idea for its time, which was why it caught on.

As for how worried we ought to be, the latest data suggests the narcissism rise topped out in around 2008. There’s an idea that the financial crisis played a part in this change, and that we’re seeing a transition from higher grandiose narcissism to higher vulnerable narcissism. This is all still paying out, though, so it’s not yet fully clear.

CR: There are also concerns about rising rates of psychological problems such as depression and anxiety. How do these problems connect to the self and perhaps the self-esteem movement?

WS: We can’t oversimplify this complex and serious problems, but one part of the story is that we tend to become stressed and depressed when we set overly high expectations for ourselves and repeatedly fail to meet them. When we tell ourselves we can be anything we want to be, which is the myth that emerges from Human Potential and self-esteem ideas, we’re setting ourselves up for unhappiness, because it’s simply not true.

WS: I’m not, by any means, anti-individualistic. You’ve only got to look at what we’ve achieved in the West since the days of Aristotle to know that this idea has helped drive us to do incredible things. Neoliberalism, too, has been amazing for a great number of us. Globalization, which is a neoliberal project, has lifted millions out of poverty in the third world. You’d be a fool to underestimate these things. But I also believe that individualism should be treated, not as a religion, but as a system. Like any system it has good outcomes and bad outcomes. I don’t think we should ever stop stress-testing it and trying to make it work in a way that’s better for all.

CR: The blank slate view that people can craft any self they want is common but at odds with research on the stability of personality and other traits. In the book, you grapple with this issue. Is there a way to balance self-improvement and self-acceptance?

WS: The blank slate view is instinctively, addictively attractive to people because we want to believe that anyone can achieve anything. It’s a lovely story, and it’s one our culture tells us repeatedly. But it’s not true. I’m a left-wing person, and we especially seem to confuse the pursuit of equal rights with the idea that all individuals are the same. I’m in despair at how the people around me are currently treating even the discussion of the science of gender difference, for example, as taboo, “alt-right” or somehow evil. It’s disorientating and quite scary. You see how ideology trumps reason in even the most intelligent of people.

I’d love for our children to be taught more precisely what a human being actually is. We’re not gods, we’re animals, and we’re all different. We have different personalities, for example, which are relatively stable and built mainly from biological differences and early life experiences over which we have no control. These differences don’t make us “better” or “worse” than anyone else—but they do mean we can’t be anything we want. Knowing ourselves properly gives us valuable intelligence. It means we can pursue lives that are more likely to make us happy.

Will Storr is a journalist, novelist and photographer.  He is the author of Selfie: How We Became So Self-Obsessed and What It’s Doing to Us. 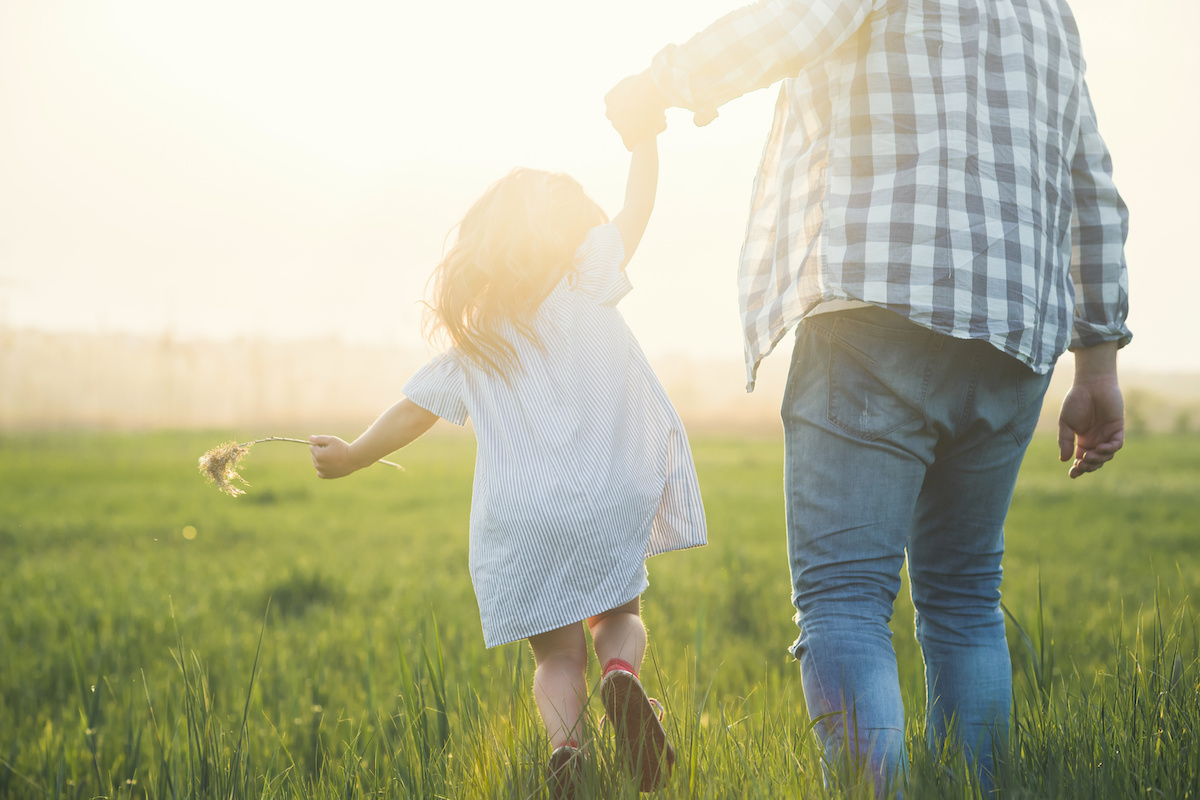 From Hegemonic to Responsive Masculinity: the Transformative Power of the Provider Role

Since the ‘60s the male provider role has been under assault. Associated with the strongly bi-furcated gendered division of labor which has come to prevail in the West, it is blamed for hegemonic masculinity—a term used to describe the problems that have followed from that. However, what I want