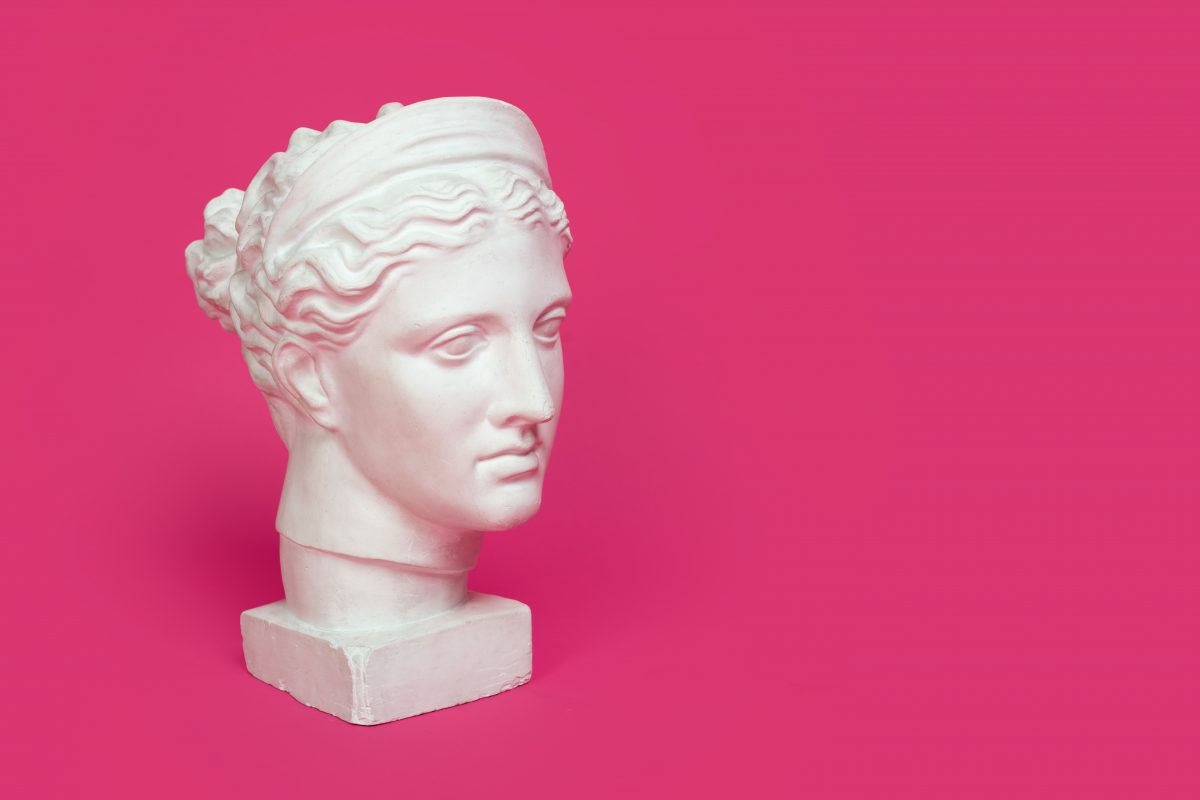 While criticism surrounding gender disparity in academia often is concentrated on STEM fields, there is at least one liberal-arts discipline in which the underrepresentation of women is equally as stark: philosophy. While women outnumber men in the humanities, U.S. survey data suggests they earn fewer than 30 percent of the Ph.D.s in philosophy.

The philosophy gender gap garnered public attention in 2013, when the sexual harassment case of Colin McGinn, a philosophy professor at the University of Miami, was featured on the front page of The New York Times. The Times then solicited a series of op-eds from female philosophers to get their take on the issue. In one, titled “Women and Philosophy? You do the Math,” Massachusetts Institute of Technology professor Sally Haslanger complained that most philosophers are “white men,” and that the small number of women is both “inexcusable” and “appalling.”

Since then, philosophy departments have been scrambling to address such concerns. Mostly, this has consisted of gathering data and developing hypotheses to explain the gender gap. More recently, however, some departments and prominent journals have been implementing more direct equality-of-outcome policies. Editors of the prominent philosophy journal Ethics, for instance, recently announced that they will be implementing steps to “aid the cause of reducing gender imbalance in philosophy publishing.” These steps include favoring women when commissioning book reviews and “making the journal more receptive to feminist work in ethics, political, and social philosophy.” Outside of such formal channels, female philosophy scholars increasingly are using online media—such as the blog What it’s like to be a Woman in Philosophy—to discuss sexual discrimination and the apparent problem of senior male colleagues taking credit for their work.

As a philosophy student who has observed this debate unfold during my course of study at the University of British Columbia, I can report that, much as in STEM fields, the prevailing narrative is that the gender disparity in philosophy is due to some form of discrimination. Alternative explanations that focus on the freely made choices of men versus women are usually spoken of only in hushed tones.

But where the staffing of philosophy departments is concerned, the available data doesn’t back up this presumption. A U.S. study performed in 2012 and 2013, for instance, found that “women and men are hired at a rate roughly proportionate to their numbers for entry-level tenure-track jobs in philosophy.” And according to data contained in the Academic Placement Data and Analysis (APDA) of 2015, 62 percent of female job candidates and 53 percent of male candidates eventually find permanent positions.

Of course, even if university hiring committees are studiously fair (or even explicitly preferential) toward women in their formal practices, that would not preclude the possibility that unconscious discrimination may well pervade the academy. This would include “implicit bias,” a term that describes instances in which negative attitudes or stereotypes may affect decisions in regard to, say, course allocation, tenure, grading or letters of recommendation. (Some members of the philosophy community have even suggested that philosophers might be especially susceptible to implicit bias—since, by academic disposition, they are trained to regard themselves as arbiters of reason, and thus are less likely to self-police for cognitive distortions.)

However, that theory is difficult to square with the results of research performed by Sean Allen-Hermanson, associate professor of philosophy at Florida International University. In his study—”Leaky Pipeline Myths: In Search of Gender Effects on the Job Market and Early Career Publishing in Philosophy”—the author studied the APDA data set, and concluded that “women and men are hired at a rate roughly proportionate to their numbers for entry-level tenure-track jobs in philosophy.”

Furthermore, he found that “market outcomes starting in 2014 and going back 10 years offer no evidence that women are at a disadvantage in tenure-track competitions. The same can be said for the other objective measures that were examined, including publishing and the reputations of home and hiring departments [in philosophy]. No statistically significant evidence that pervasive dysfunction in departmental cultures is harming early career market outcomes of budding women philosophers could be found.”

One clue that can help us understand what lies behind the gender disparity in philosophy is the point at which women leave the field. A 2012 study conducted across 50 universities found that most women who drop out of philosophy do so shortly after their first introductory course. Of the women who remain in the field after that point, however, the drop-off rate from major to graduate studies, and from graduate studies to faculty is on par with men.

In other words, this data suggests women aren’t being turned away from philosophy in droves because of discrimination or bad experiences but rather because they respond poorly to their first exposure to the material.

But why? One hypothesis is that women become discouraged after they find that their “female” approach to philosophy clashes with the standard “male” manner in which it is presented—a theory underpinned by the notion that due to inherent differences, men and women simply think about philosophical questions differently. A 2010 study seemed to provide some evidence for this hypothesis. However, subsequent studies have failed to reproduce these results, and this theory seems to have been mostly abandoned.

Another theory maintains that women are discouraged from philosophy due to a phenomenon known as “stereotype threat.” This theory suggests that a woman’s fear about confirming negative stereotypes about her inclination toward philosophy may actually increase her anxiety and thereby lead to poorer results. However, a 2016 study conducted at Georgia State University found that men and women received, on average, the same grades in introductory philosophy courses—which would seem to cast doubt on the idea that stereotype threat, if it exists, is a significant factor.

(In fact, recent studies cast doubt on the reliability of the literature on stereotype threat. For instance, a 2013 study by a University of Illinois scholar found that stereotype-threat tests conducted on girls’ performance in mathematics yielded results inconsistent with the previously published literature—suggesting the possibility of a prevailing “publication bias,” which “may create an inaccurate picture of the phenomenon.”)

Then there is the complaint that philosophy syllabi are dominated by “old white men”—such as Aristotle, Kant, Voltaire, Hobbes and Wittgenstein. The idea that male domination of the subject may contribute to female lack of interest was tested directly in the above-referenced 2016 study, in which the percentage of female authors on a philosophy syllabus was increased from an average of 10–20 percent. As it turned out, the change had no impact on women’s willingness to continue in philosophy.

Some of the broader explanations go beyond the identity of actual philosophers, and indict the field for the general sense of maleness supposedly embedded within the combative and argumentative nature of philosophical discourse itself. Indeed, some female philosophers, such as the aforementioned Sally Haslanger, criticize the culture of philosophy for being “hypermasculine,” “competitive,” “combative,” “highly judgmental,” “oriented toward individual accomplishment” [and] “hostile to femininity.”

Moreover, the idea that a purportedly competitive, hypermasculine atmosphere within philosophy is turning women off is hard to square with the reality that women are thriving in law schools; a domain where classroom discourse often relies on argumentation and spirited debate.

Which brings us, by process of elimination, to less fashionable theories—such as the proposition that more men than women have the ability to understand philosophy at a high academic level.

It is understandable why scholars would be suspicious of this seemingly sexist idea. Historically, philosophers themselves often exhibited highly antagonistic attitudes toward women. Plato maintained that women were inferior to men intellectually. And his successor, Aristotle, believed women were inferior to men in every regard, placing their moral worth just above that of slaves. More recently, Immanuel Kant is known to have once remarked that a woman who wanted to engage in intellectual pursuits, “might as well have a beard.”

Though it is now widely known that women and men are equal in general intelligence, however, it also has become known that men also exhibit greater variance in their faculties—a phenomenon that has come to be described under the more generalized doctrine of Greater Male Variability Hypothesis. Which is to say, there are more men at either end of the bell curve—or as Stephen Pinker has put it, “more prodigies, more idiots.” Because universities select for the elite intellects at the thin leading end of the bell curve, there will be more men to choose from.

But this explanation, too, is unsatisfactory, since there is no reason to believe philosophy selects for elite minds in a more exacting manner than, say, law or medicine—fields in which women have made enormous strides in recent decades (and, in fact, outnumber men at many schools).

This leaves us with one remaining theory: preference. That is, women may drop out of philosophy not because they are discouraged by discrimination or lack the ability, but rather because they simply aren’t interested in the material.

Philosophy, despite being part of the liberal arts, tends to be more focused on things (in the abstract sense) than on people qua people. When human beings are referred to in philosophical discourse, they usually come in as abstractions rather than fully formed individual characters, much as an economist might discuss widgets. (It is no coincidence that many philosophers were also mathematicians—such as Gottfried Leibniz, Rene Descartes and Bertrand Russell.)

Moreover, unlike history or literature, philosophy tends not to linger on biography. Philosophy is focused largely on the content of an author’s work—their theories and arguments—with little to no time spent in classrooms learning a philosopher’s background, family life or social experiences.

While the thrust of this essay may seem controversial to some, I don’t believe that most women in the field would regard it as such. In a 2016 Youtube video, philosopher Christina Hoff Sommers said of her experience in the field: “I wasn’t aware I had entered an unsafe hyper-masculine space—to me it felt like a sacred space. I pursued a B.A. and Ph.D. in philosophy and taught it for more than 20 years. It never crossed my mind, in high school or as my academic career progressed, that I would be unwelcome because I was a woman.” Hoff Sommers chose an academic career in philosophy willingly. She was not pushed into it by academics or college administrators eager to reach a 50-50 balance in their program.

Reaching such a goal would require ambitious affirmative-action policies in hiring and student recruitment. While departmental chairs and journal editors would celebrate this statistical milestone, I’m not sure the students themselves would share in the benefit. That’s because, under such a scheme, university philosophy programs would be attended and staffed in some part by women who, all other factors being equal, likely would have been happier pursuing other disciplines.

Of course, discrimination exists to some extent in every field. And when it is found, it should be properly addressed. But the presence of gender disparity is not always evidence of bias. And in the case of philosophy, all the available evidence suggests that the lack of women is a result of their freely choosing to pursue other fields that they find more interesting. By ignoring this, administrators will only be hurting men and women alike.

Graham Drope studies philosophy at the University of British Columbia. You can follow him on twitter @grahamd_8.