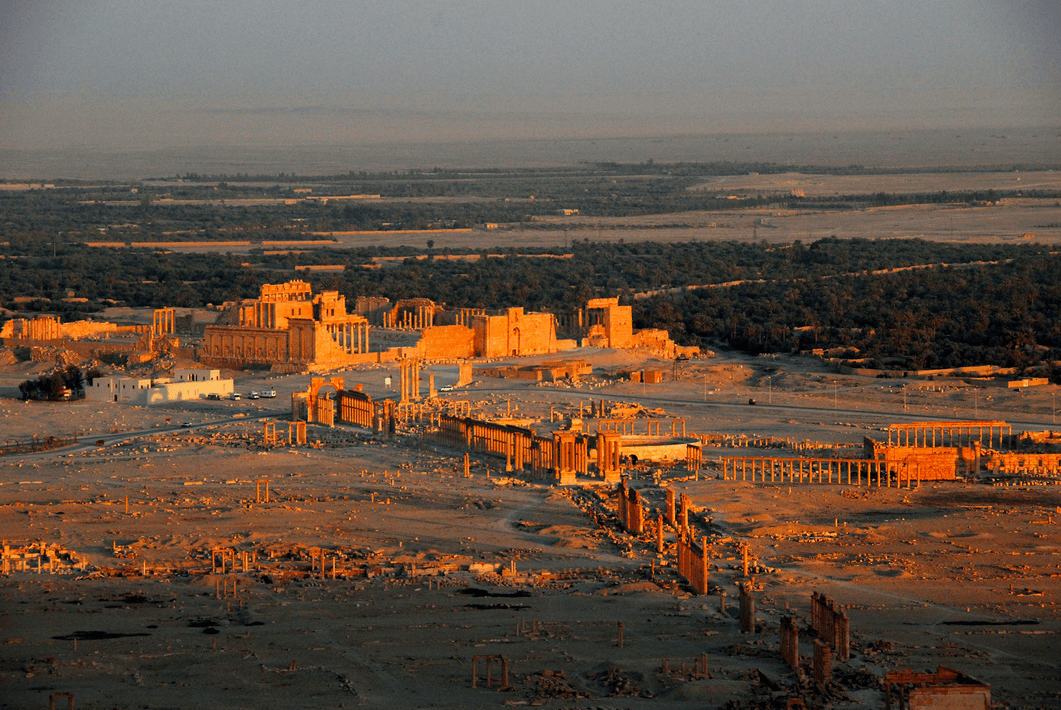 The Syrian uprising is on the verge of its fifth anniversary. To a great extent it has become the essential conflict of our times. Despite this – or perhaps because of it – the prospect of peace, despite some apparently encouraging signs from the United Nations, remains a chimera. Much – and understandably so – has been written about what Syria has become, and what led it there: the murders, the torture, the senseless slaughter, the almost inconceivable devastation.

There is no shame in this; it is necessary and I have done more than my fair share. But sometimes this analysis is insufficient. Sometimes it is better to write from an unconventional perspective; sometimes what is missing from the equation is a greater sense of historical understanding.

Some works do this very well. ISIS: Inside the Army of Terror, the excellent book by Hassan Hassan and Michael Weiss, devotes considerable space to chronicling the origins of the Islamic State. But missing from all this is an idea of the personal experience of many Syrians; and this is something a sense of history can provide. In some cases, the idea of memory – be it personal, regional or national, material or emotional  – can be used as an aid to and supplement of reconstruction. Memory and history come together: the two can be seen as keeping the flame of a nation or a community alive, even after it has suffered greatly. In this sense Syria and its contemporary history can be compared to Montaillou by Emmanuel Le Roy Ladurie, a seminal work of European historical writing which uses the idea of ‘microhistory’ to chronicle the daily life of a French village in the fourteenth century, as well the vast, impersonal forces which were also at play in the region at the time.

The stories of Syria and the village of Montaillou have interesting parallels – not least in the promulgation and preservation of religion. Montaillou, a small village in Ariège, was the setting for a religious conflict which seems entirely contemporary in many ways. The Cathars, who practiced a peculiar heresy, fought continually against the forces of orthodox Catholicism; and they did so both militarily – during the Albigensian Crusade – and in other ways, most notably in terms of converting peasants to the faith and keeping the heresy alive in isolated and idiosyncratic communities. In this practitioners were ranged against the Inquisition, which threatened their lives, and, perhaps more importantly, the promise of life to come after death.

The stories of both Syria today and the history of Montaillou contain sectarian tensions, religious conflict and the threat of death or punishment for what are perceived to be spiritual misdeeds, all of which applies perfectly well to tales of life under the ‘caliphate’ of the Islamic State.

But history is about more than parallels and instances of apparent analogy. This sort of thinking can have a more directly contemporary relevance. Through the careful cultivation of individual stories, much can be done to reconstruct the history not only of the revolution, but of Syria itself. Le Roy Ladurie in particular does this with great empathy and subtlety in Montaillou; and that, perhaps, is what is needed in Syria too. Think of Homs, which has been reduced to rubble, and perhaps of Palmyra, which has been destroyed by the literal iconoclasts of ISIS.

New media both increases the challenge of this idea and the potential rewards for those who attempt it. On the military front analysts have a wealth of visual sources to consult; from the slick propaganda of ISIS and other groups – some of which is filmed by drones or by cameras mounted on vehicles and even individual fighters – to the output of many other organisations, such as Raqqa Is Being Slaughtered Silently, which help to chronicle daily life in one of the most dangerous places on earth and under the most trying of circumstances. Video recordings especially offer a kind of immediacy which written documents – including even the Fournier register, which serves as the primary source for Montaillou – can sometimes lack.This immediacy can also help to chronicle aspects of the current situation which may otherwise remain unexamined; it saves them from the ignominious fate of being lost to history.

Such stories simply need to be told, not least because of the vital necessity – particularly essential in our age – of true stories, ideas and memories. The tide of disinformation, once unleashed, can be hard to overcome; and it surrounds the conflict in Syria, much as the Cathars and their ilk were denied official sympathy for centuries. One historical effort which has a similar effect is the remarkable documentary Return to Homs, which focuses on a single individual – a young man named Abdelbasset al-Sarout, who came to prominence as a hero of the early protests against the Assad regime – and uses him as a kind of conduit through which the audience can comprehend and make sense of the tragedy which has befallen the nation at large.

Return to Homs contains many striking vignettes: protestors against the regime, their banners flowing, resplendent, coursing through the streets in a joyous sea; the response of government forces, and the horrific consequences of this organised brutality; an agonising look at what is left of Homs, now cratered, scarred – a mere shadow of a city which more resembles black and white footage of the siege of Stalingrad than a modern metropolis.

But the film is more than the sum of these parts. It represents not only an attempt to chronicle the story of an individual like Sarout, one whose situation becomes more and more tragic in the midst of widespread barbarism, but also a bid to forge a new kind of contemporary history – one which gives space and meaning to the forces of history and memory.

These memories – be they good or bad, local or national, ancient or modern – belong as much to the Syrian people and the world as the antiquities of Palmyra, which may now be sadly lost and which prompted an uncharacteristic outbreak of interest in Syria’s fate. Memory may be less palpable than the monumental ruins of ancient civilisations, but it is just as valuable; and the threat of its destruction should move any who claimed to care at all about the former.

Though Syria may now appear to be condemned to destruction, the preservation of its society and of vital memories, both personal and national, can be carried out through a careful cultivation of history. This, I would contend, is a thoroughly worthy exercise, and one which is entirely deserving of wider support.

James Snell is a journalist whose work has appeared in such places as the National Review, Huffington Post UK  and American Spectator. Read more of his writing here and follow him on Twitter @James_P_Snell