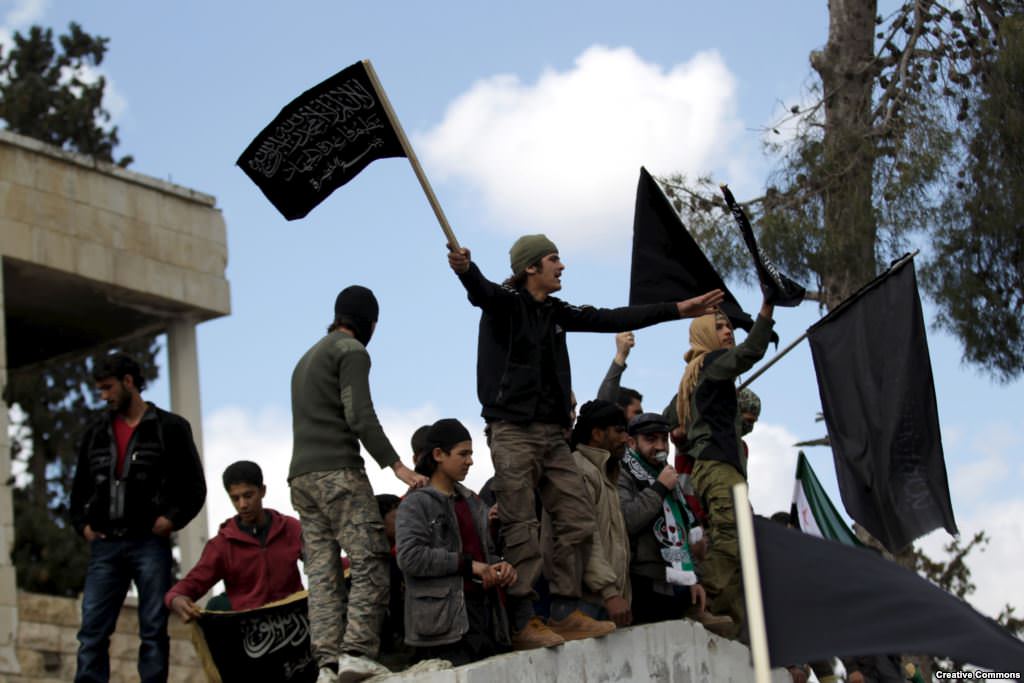 It is a cynical obfuscation and hypocritical false equivalence to equate the Middle East now with Jewish refugees fleeing Nazi persecution before and during the Second World War. It is a ploy, one carefully constructed to hammer the reasoned arguments against mass-migration from the Middle East and endless military intervention into submission.

The latest in this long rhetorical trope was written by Rula Jebreal, in Foreign Policy. In an article predictably overdosing on appeals to emotion, she starts off by proclaiming that she’s reporting from the Syrian-Lebanese border, “a mere 150 KMs from Aleppo”. (That’s almost like being in Belgrade and reporting about Srebrenica, if you get what I mean). She then continues to hand-wring about how terrible Assad is and ends with this curious statement:

Our generation looks back today and asks how the world could have allowed the horrors of the Nazis. In Syria, we have found the answer, and history will judge us harshly for it.

Well, no. History, will judge a handful of career pundits, falsely equivocating on human tragedies and advocating perpetual war.

She isn’t the only one, though. Similar arguments can be heard from “analysts” like Hend Amry, or Iyad el-Baghdadi. The Economist, once a proud bastion of truth telling, poignantly declares, “when interests triumph over values terrible things can happen“.

As opposed to what, wars that promote values, like Iraq and Libya? How many died in those wars and what state are the countries in now?

When reasoned arguments don’t cut it, people tend to use Argumenta Ad Passiones. This incessant war mongering against Assad has never convinced the Western public, as repeated PEW surveys showing that the majority in both Europe and US are opposed to further military involvement in Middle East. Those who would be the cheerleaders for more Arab adventures and the worthless cause of solving cultural conflicts in toxic regions beset with medieval feuds tend to fall back on predictable emotion-laden appeals.

I wasn’t alive during the 1930s obviously, but I am not convinced that the people who’re fighting Assad are in any way comparable to Jews fleeing Europe. No Jewish 12 year old boy ever tried to plant a bomb in a Christmas fair in their host country, like one that ironically happened around the same time Jebreal published her despatch. Jewish 17 year olds didn’t rape and murder teenage aid workers. Aid agencies didn’t act in collusion with people smugglers during the 1930s. (And those news stories are just from last month).

As Peter Hitchens has pointed out, there were no western journalists who were in Aleppo during Assad’s assault. Therefore all the news about Assad’s atrocities were essentially the data that was parroted by journalists who got their information from anti-Assad bloggers and social media professionals. These professionals are able to have enough time to make properly edited videos and vlogs, amidst incessant bombardment — for some reason. Because it is generally a one sided narrative, it is therefore prudent to treat news about the situation with a certain cautious skepticism.

The people who were leading the defense of Aleppo, were from Jaish Al Fatah, a group of people who are ideologically aligned to Bin Laden and Al Nusra. I don’t speak for everyone out there, but to me a good Al Nusra is a dead Al Nusra. Stalin’s forces massacred Nazis, after being massacred by them. Allies burned Dresden to crisps. Thousands of German civilians suffered in the process and no one shed tears then. It’s war, there’s isn’t any good side.

In the last couple of days “moderate rebels” burned busses which were supposed to evacuate civilians from Aleppo siege zones. After some were liberated, they went on camera and complained to Reuters, about how rebel group Jaish Al Islam stored all the available food for themselves — and didn’t let a single piece of bread pass to civilians. And the Western media wants us to side with these guys.

Nassim Taleb wrote a brilliant blog post on why this equivalence between Assad and the rebels is a false narrative being fed to us by ideological journalists and Gulf funded think tanks. The fact that there is no single narrow overwhelming interest for the West to go to war in the Middle East has also been charted masterfully by John Allen Gay, as well as by Professor Steven Simon, and Jonathan Stevenson, in the New York Times. More broadly Stephen Walt, John Mearsheimer, Micah Zenko and countless other academics have all warned against more engagement in the Middle East.

What is baffling however, is the constant comparison of Syrians with Jews escaping Nazis. The Jews in 1930s Europe didn’t possess weapons funded by external powers, to start a subversive revolt against a corrupt but overall stable and secular leadership. The Jews of one sect weren’t locked in a deadly battle with Jews of other sects, both funded by external powers in a deadly game of geopolitics. They were not pawns in a great game of chess between two religiously similar but sectarian rival powers. The Jews were not fragmented within themselves when it came to being persecuted as they were  being uniformly persecuted all across Europe.

And, most importantly, the Jews also didn’t bear any hatred for the new world where they moved to flee persecution. They did not harbour any ill will against their host civilisation and countries. And were more than willing to change and assimilate to fit into their host cultures, and didn’t expect their hosts to accommodate their needs.

These historical facts are wilfully neglected in comparisons with Syria, exposing the ideological tilt of the false prophets of humanitarianism. Middle Eastern sectarian civil wars are caused by medieval cultural and social constructs — unlike the one sided persecution of Jews in Europe 80 years back. It is the structural problem of the region, exacerbated  by regional geopolitics, and to be solved by the local regional powers. The Western public understands that. Barack Obama, for all his faults, and to his credit, partly understood that, as does Boris Johnson and Donald Trump.

If one genuinely cares about the civilians who are suffering, they would want to stop the war at any cost, rather than fan the flames further. That would mean coercing their own sides to also lay down arms, and come to the negotiation table. Either they are willing or incapable of doing that, in which case the war is doomed to carry on, to its bitter end.

I am no Putin apologist, and a cursory glance at my research papers and published articles would prove that. But it is as illogical, unrealistic, and frankly puerile to expect Assad and Putin to give up without fighting against foreign funded Islamist revolt. If any pundit is not pointing out this simple fact, they are lying to the public, and should be called out at once.

And let’s stop with the Nazi equivalence. It is morally wrong, ethically dishonest and intellectually indefensible. And denigrates the 6 million Holocaust victims who perished under actual, systematic, mechanised, state orchestrated Nazi tyranny.

Sumantra Maitra is a doctoral researcher at the University of Nottingham, UK. His research is in Great power politics and Neorealism. You can find him on Twitter @MrMaitra.