My aunt Anne once gave me a talk about what it’s like to get old. One symptom, she told me, is that even your most highly accomplished friends will start talking less about themselves, and more about their children. At the time, it struck me as a dubious generalization. I was then in my 20s, fresh out of law school, and very high on my own career trajectory. So were my friends. And it was hard to imagine a time when we’d drop the networking and shop talk in favour of kvelling over sons and daughters.

Turns out Anne was right. This past weekend, I attended the 25th anniversary reunion for my 1997 Yale Law School graduating class. And while most of my conversations with former classmates began with talk about jobs, we tended to move on quickly to longer (and more interesting) discussions about family life. Unlike Anne’s 1990s-era high-powered social set, moreover, we all had phones at hand so we could scroll through photos as part of our show-and-tell. To those under a certain age, I’m sure this sounds like a hopelessly dull way to spend a weekend in New Haven, Connecticut. But if you’re more than halfway through life, you’ll probably understand.

This was my second reunion trip to New Haven, following on the 20th anniversary get-together in 2017. And the passage of these last five years seems to have marked a shift in outlook for many of us. When still in our 40s, it was (just) possible to imagine our careers as exciting works in progress. But once you get into your 50s and beyond, professional life increasingly has the feel of a story mostly told. Not to mention the fact that COVID sucked the glamour out of even the most impressive résumés: For much of the last two-and-a-half years, white-collar jobs have typically all been just different flavours of Zoom.

Some of my YLS ’97 classmates really did go on to do amazing things. US Senator Cory Booker was at the reunion. And whatever one might think of his politics, he was (and remains) an ebullient charmer. There’s also Beth Van Schaack, recently named US Ambassador-at-Large for Global Criminal Justice. Another classmate, Robert Ahdieh, is a law-school dean. This being Yale, the class produced the usual uncountable assortment of law professors—including Noah Feldman, who apparently wrote much of Iraq’s post-Saddam constitution. We also had Carlos Muñiz, Florida’s Chief Justice, whose name reportedly landed on Donald Trump’s short list for a Supreme Court appointment.

Twenty-eight years ago, I, too, came to Yale with dreams of following the Ivy League law school cursus honorum: law-journal membership, good summer jobs, a federal-court clerkship, highly visible government work in Washington, C-SPAN exposure, and so on. But even before second year was over, I’d realized that my talent for law didn’t extend much beyond the standardized test that had gotten me through the ivy-covered gates in the first place. Law-firm work was drudgery to me. I wasn’t good at it, and could barely get through a five-page contract without succumbing to daydreams or office naps. Within two years, I’d fled law for journalism.

A weekend spent with my fellow classmates provides assurance that this was the right call. I could never have made it in their very adult world. One of my closest friends from the class is an Assistant United States Attorney, with a focus on prosecuting sexual-assault crimes involving both adult and child victims. I tried to read up on some of her cases, but the details were too much for me. Another classmate told me he was still billing 2,500 hours a year at a firm, close to double the 1,400 I eked out during my only full year of private practice back in 1998. One guy from the Midwest has started up three separate legal-services companies, two of which he’s sold. I only half understood his explanation of what these companies do. But I did notice he was wearing a Panerai. So whatever he’s selling, people are buying.

Then there’s the state supreme court judge from out west—one of my teammates on our class softball team. She ticked off some of the extraordinary restrictions that go along with preserving the reputation and dignity of her office: no Twitter, no Facebook, no YouTube. Not even Nextdoor, the neighbourhood-based network we non-judges use to get rid of old Tupperware and kvetch about noisy construction workers. Like the rest of us, she’s spent much of the last few years locked up at home, where she’s been hearing cases by video call. Unlike the rest of us, however, she can’t open a second screen to catch up on celebrity Instagram accounts when the conversation gets dull. Yes, she’s a legal rock star. But at what cost?

Almost everyone seems to have retained their old personalities. The mild-mannered high achievers are still mild-mannered high achievers. A cheerful Christian friend named Dave who’d leaned on his faith to get past hardship in his youth has somehow remained every bit as cheerful (and Christian), despite enduring an extraordinary run of even more tragic fortune since the last time I’d seen him. The classmates who were funny in the 1990s still make me laugh in 2022. The jocks are still stalking their local basketball and tennis courts, trying (with diminishing success) to keep up with teenage sons and daughters.

In regard to our appearances, we are not quite so decrepit as to have escaped the general form of our younger selves—though I did notice that at dinner on Friday night, all but one of us took out glasses to read the menu. The only outlier, my friend Joe from Houston, was briefly congratulated for retaining his youthful powers of sight—until he matter of factly noted that he was “of course” wearing contacts.

Most of us have children who are by now in college, or at least high school, and so we’ve endured the joys and agonies that go along with that process. We’ve been humbled, too, since parenthood, unlike an exam or job-performance review, never yields a perfect score. During COVID, I learned, many of my classmates’ children became severely anxious. It’s the one subject that set heads nodding around every table, suggesting to me that the wealth and privilege typical of a YLS graduate offer no defence against this surging mental-health challenge.

I like to think that most of us have come to know and accept our limitations over the last two-and-a-half decades. That can be a tough road for tightly wound high achievers who’d once been the star of every college class.

The alumni-weekend schedule included not only meals and mixers, but also a series of worthy-seeming educational panels with titles such as Recommendations to Strengthen Our Democracy and Rights and Wrong: Gender and the Evolving Court. It all looked somewhat dull, if I’m being honest. And yet, I think the Jon Kay of 1997 would have dutifully attended these sessions nevertheless, imagining them to be on-brand with his (hazily defined) self-conception as a budding scholar and legal grandee. But the 2022 version is a more self-aware creature, and so instead sped off for a few stolen hours at the High Plains disc-golf course in nearby Orange, Connecticut.

I birdied the fifth hole and bogeyed the seventh, coming out even by the end of the round. Not so long ago, I’d have found this middling result disappointing. Fortunately, I now know better than to care.

The hubris and dilettantism of corporate titans is an old story. But the risk has been compounded by digital technology’s hugely scalable nature. 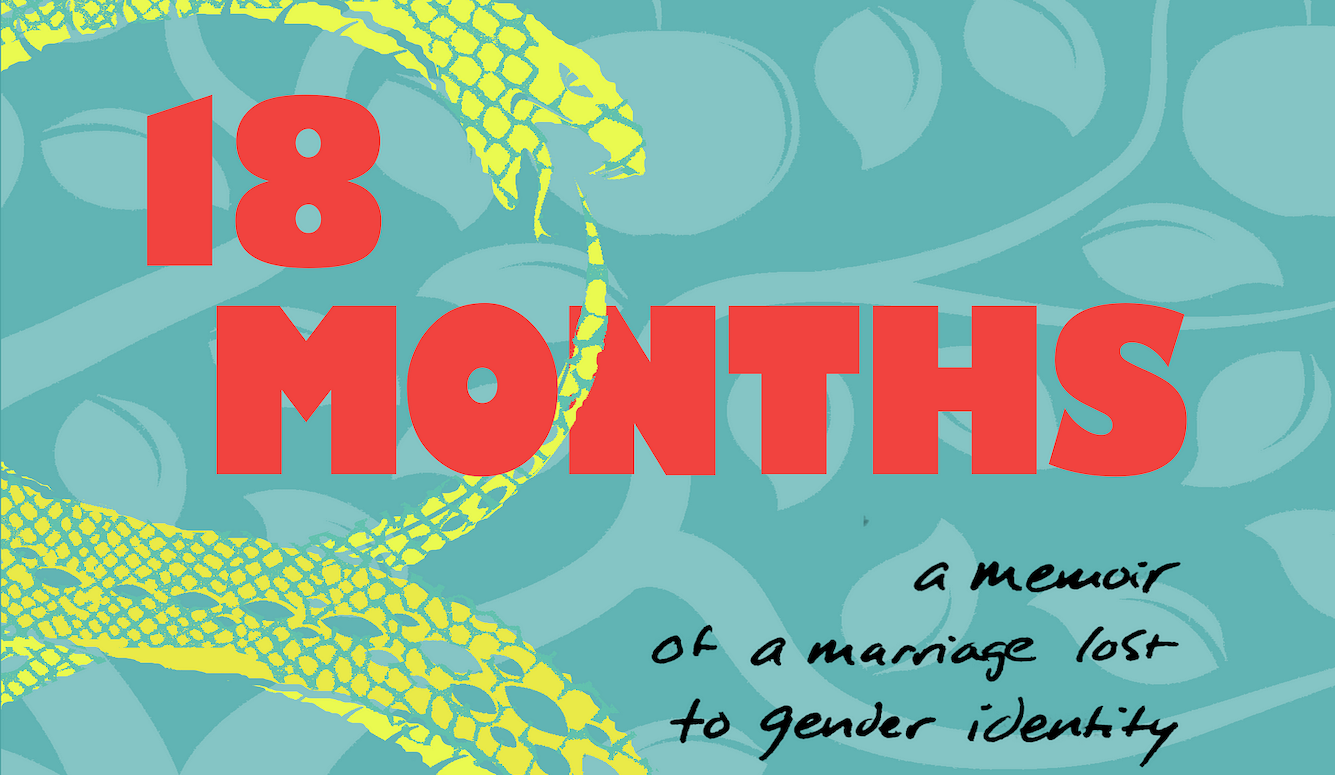 Once a Man, Never a Woman

In an extraordinary new book, Shannon Thrace describes her disintegrating marriage to a man consumed by narcissism and gender dysphoria.