Whenever one imagines that “progressive” postures on transgender rights couldn’t become any more bizarre, some new controversy emerges to prove you wrong. This has been the pattern in English-speaking countries for years now. But the trend has now made its way to Germany where, if you can believe it, “gender-critical” scholars who dispute the excesses of gender ideology have been compared to Holocaust deniers.

In June, a group of five authors—biologist and journalist Rieke Hümpel, biochemist Antje Galuschka, University of Munich gender-dysphoria expert Dr. Alexander Korte, Humboldt University behavioral physiologist Marie Vollbrecht, and myself—published an article in the German newspaper Die Welt, in which we highlighted our open letter demanding that publicly-financed German television broadcasters ARD and ZDF stop indoctrinating children with fake news about biology, such as the nonsense claim that human sex lies on “a spectrum.” (Our appeal, we are glad to report, has inspired a French version.)

The open letter has been signed by hundreds of scientists, among them tenured biologists, physicians, and psychologists. We supported our case with a lengthy dossier that listed our sources. The reaction to our article on social media was immensely positive, which is not surprising given that most ordinary people (in Germany no less than other countries) have a biologically-rooted understanding of human sexual dimorphism, as opposed to the ideologically constructed gender-based claims that have become fashionable in “progressive” discourse.

But in elite circles, such discussions have assumed a much more artificial character. And a few days after our article appeared, both the CEO of Welt’s corporate owner and the newspaper’s own editor-in-chief distanced themselves from the article. This followed the corporation in question, Axel Springer SE, being disinvited from participating in a German LGBT job fair called Sticks & Stones (SXS) as a result of our article’s publication.

In the case of Springer SE CEO Mathias Döpfner, “distancing” is putting it mildly: He called our article unterirdisch (literally: subterranean, a colloquialism for extremely bad). He also alleged that the tone of our article was “superficial, condescending and loaded with resentment,” as well as insulting to the LGBT community.

Döpfner claimed that we’d “implied that there are only two gender identities.” Actually, we hadn’t counted “gender identities” at all—for the same reason we don’t count unicorn species. Rather, we counted sexes, using scientific principles to arrive at the number two. Shows that regularly appear on German publicly financed television networks, by contrast, indoctrinate children with talk about a supposed multitude of biological sexes (without ever being able to explain what a “sex” means in this fairy-tale context). Which is to say, they purport to count multitudes of something they can’t define or identify. And it’s the unscientific, ideologically constructed nature of this indoctrination that was the subject of our critique.

Döpfner further tried to tar us by association, suggesting that our article is somehow tied up with phobic attitudes toward homosexuals and trans people more generally. For this, he provides not a shred of evidence. It is notable that Transsexualität-NGS, a network of transsexuals who explicitly reject faddish gender ideology, reacted positively to our article. And LGB Alliance Germany not only expressed support for our appeal, but deemed Döpfner’s remarks to be homofeindlich (homophobic) to such extent that they channel the belief that some abstract notion of gender identity, instead of biological sex, determines one’s sexual orientation.

Döpfner accused us of “sweepingly negat[ing] the idea that gender identity can be a dilemma,” and reduced our position to the adage that “man or woman, all else is humbug.” This is such a gross misrepresentation of our argument that it raises the question of whether he actually read what we’d written. (Even as he alleged that our opinions are “superficial,” Döpfner described his own views as being inspired by the 2015 film The Danish Girl, and lectured our team of scientific experts about how much we might profit from “this cinematic experience.”)

Nowhere do we deny that transsexualism exists, nor that people who do not “identify” with their sex might potentially face a “dilemma.” On the contrary, the psychiatrist on our team of authors, Dr. Korte, works with children and adolescents who have questions around gender and sexual identity development. Like the rest of us, he understands that the uncritical “affirmation” of children with gender dysphoria (let alone with imagined gender dysphoria prompted by media or social effects) is medically irresponsible. Unfortunately, de facto advocacy of an affirmation-only approach is the basis for Germany’s planned Selbstbestimmungsgesetz (Self-ID law), which will remove barriers to young people seeking to transition.

The controversy took another turn when Judith Basad, a star journalist and bestselling author working for the other big Springer newspaper, Bild, resigned in protest. In her own open letter, dated June 16th, she accused Döpfner of making false accusations against my four co-authors and me. More explosive was her claim that she’d been notified by superiors that she could report on our original article and dossier only if she criticized their contents.

On Twitter, the chief editor of Bild ridiculed Basad, suggesting that she’d simply under-delivered on a promised article on the subject (a contention that Basad rejects). But the conspicuous fact is that Bild had failed to report on our open letter and article, despite the fact that the newspaper had been critical of German public broadcasting in the past. (Fortunately, readers of Bild and Die Welt seem to be on our side—and Basad’s—if their likes and retweets are any guide.)

Basad also claims that in his internal communications, Döpfner defended his critique of our article by speaking (as Basad paraphrases Döpfner) “about the moral duty of an editorial office not to publish every claim in a newspaper just because it has a scientific tone.” On this point, Basad contends, Döpfner “cited studies by Holocaust deniers” as a comparable example.

“I don’t know exactly in which direction Axel Springer is currently steering, which new ideals of ‘diversity and freedom’ are to be established in the corporate culture in the future,” Basad wrote. “But anyone who draws such comparisons to Holocaust deniers is not far from diminishing [relativieren] the Holocaust itself. I can’t imagine that this is actually your interpretation of a diverse and liberal corporate culture.” (The German verb relativieren translates to “relativize,” but in this context suggests a diminishment in moral importance.)

To the credit of Döpfner and the editors at Bild and Die Welt, they didn’t delete our article from their websites. And they also permitted debate on the issue. First, they allowed Sven Lehmann, Germany’s “Federal Government Commissioner for the Acceptance of Sexual and Gender Diversity,” to reply to our article. Predictably, Lehmann offered little in the way of substantive refutation, but only broad claims to the effect that our article had constituted “a frontal attack” against the LGBT community, “dripped with homophobia and transphobia,” and exemplified “fake news.” (Readers seemed to share my negative assessment of his hectoring tone, and I was pleased to see that Lehmann’s article attracted a hail of negative commentary.) I then was given the opportunity to reply, as was our psychiatrist, the aforementioned Dr. Korte, a few days later. Other commentators also chimed in in our defense, both in Die Welt and in the liberal political magazine Cicero.

In the progressive German media as a whole, however—including the publicly financed broadcasters we’d criticized—our views were either ignored or defamed. This included a conspicuous lack of interest in our citations regarding child welfare. Instead, the dominant interest seemed to lie with the hurt feelings of LGBTQ community activists—an example, surely, of misplaced priorities.

One of our co-authors, Humboldt University scholar Marie Vollbrecht, was scheduled to give a talk at Humboldt’s “Long Night of Science” in Berlin, a public event that features lectures geared to non-experts. Ms. Vollbrecht had planned to explain why sex and gender are not the same, and why there are only two biological sexes. A group of law students calling themselves AKJ (or, Working Group of Critical Lawyers) demanded the event’s cancellation, on the basis that Vollbrecht’s views are “inhuman, anti-queer and anti-trans.” The university caved in, first citing “security concerns,” then problems with our Welt article, which allegedly did not cohere with the university’s “values.” Later on, the university rescinded this reference to values, insisting that security had really been the only concern.

This was apparently a step too far. And even many left-wing German media commentators put their stakes down on the side of free speech at this point. Vollbrecht’s presentation appeared in Zeit Online under the heading “The Speech I Couldn’t Give.” And Federal Research Minister Bettina Stark-Watzinger openly criticized the cancellation of the lecture. Plus, AKJ got a sharp smackdown when the TV station RBB (which forms part of the publicly financed broadcasting system) noted the irony of AKJ faculty members being located at Berlin’s Bebelplatz, where Nazis burned the books of hundreds of authors—including Sigmund Freud, Karl Marx, and Rosa Luxemburg—nine decades ago.

And so it can be said that some good has come out of this ugly controversy, as the mask has come off those who wish to shut down debate on sex and gender. They’re free to pontificate all they want about the make-believe world of gender ideology. But they’ll find that making people ignore the real world of human biology is a very hard sell.

Uwe Steinhoff is a philosopher teaching in the Department of Politics and Public Administration at the University of Hong Kong. 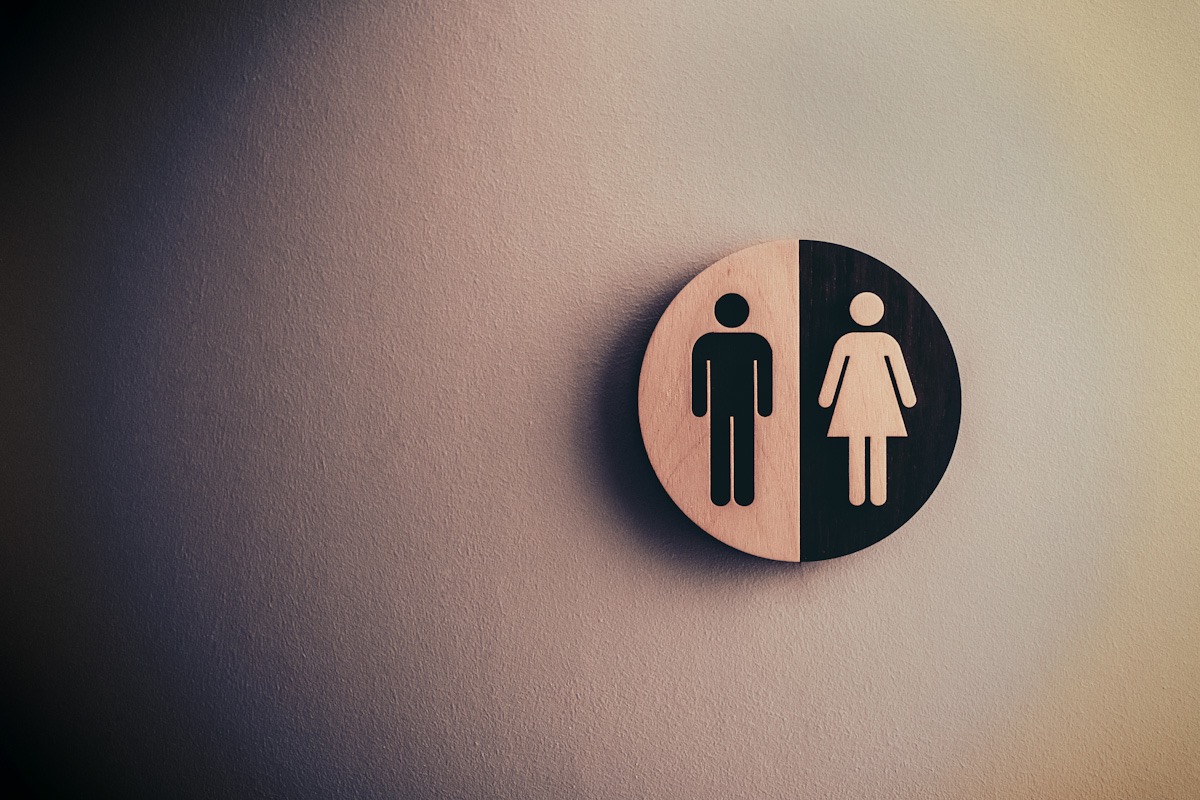 How Feminism Paved the Way for Transgenderism

Liberal When We Can; Conservative When We Must

The Limits of Radical Protest

Dave Chappelle vs. the New Puritans