In January, as reporters were celebrating the first woman—and also the first transgender person—to win more than a million dollars on Jeopardy!, I was reading up on the discrimination still faced by biological women who toil away in my own fields of endeavor: anthropology and archaeology. This discrimination is not an artifact of male over-representation (this being the usual subject of feminist complaint in academia). Nor is it centered around the actual science of anthropology or archaeology: No one is publishing papers whose actual content strikes me as offensively sexist. Rather, the working conditions and resource-access protocols in field schools, excavation sites, museums, and even virtual databases are now increasingly informed by “traditional” Indigenous practices that are, in some cases, explicitly sexist.

The sub-field known as Indigenous archaeology is based on the demand that archaeology must be informed by Indigenous values—this being an outgrowth of the broader postmodern idea that the identity of the person providing information is often more important than the accuracy of the information itself. Objectivity is an illusion, the theory goes, so the primary mission is to heed the morally authentic demands of this or that group.

As in other academic fields, the trend of encouraging Indigenous guides to shape the working environment of anthropologists and archaeologists is justified by reference to the larger “decolonizing” movement that is often heralded (somewhat ironically, as we shall see) as a means to break free of Western sexist ideas. As Robert McGhee, then Curator of Arctic Archaeology with the Canadian Museum of Civilization, noted in 2008, this decolonizing approach can mean ascribing superior moral and intellectual attributes to Indigenous people vis-à-vis non-Indigenous colleagues. Even in theory, this ranking of humans by race sits uneasily with traditional liberalism (which seeks to tear down racial hierarchies rather than celebrate them). But the problems I detail below are far from theoretical.

The most obvious problem is that some Indigenous groups enforce taboos on female participation in rituals and ceremonies. This was acknowledged by New York Times writer Edward Rothstein in 2006, when he noted that “some Australian curators have accommodated Aboriginal demands that female curators can’t handle their objects.” More recently, Jesmael Mataga, a professor at Sol Plaatje University in South Africa, wrote about a Mukwati walking stick from Zimbabwe that had been repatriated from a private collection in London, and is now curated at the Zimbabwe Museum of Human Sciences. Descendants of the stick’s original owner requested that it be curated through “culturally informed practices,” which meant, among other things, preventing female curators from touching it.

Archaeological conservationist Robin O’Hern and her colleagues Ellen Pearlstein and Susan Elizabeth Gagliardi, writing about an exhibit at UCLA’s Fowler Museum, noted that West African Komo masks (often associated with the Bamana or Mande communities of present-day Mali) were traditionally not even allowed to be seen by females—though some curators acknowledge that this restriction would presumably not be applicable now that the masks have been removed from their original context. Another example in which some middle ground was sought involved field research conducted in western Burkina Faso by Emory University art historian Susan Elizabeth Gagliardi. She was able to talk with male tribal leaders, and show them images of masks held in European and American museum collections. Yet Gagliardi followed local taboos by carrying “the images with her in albums that she closely guarded to ensure other women did not glimpse something they should not see.”

At the Makah Cultural and Research Center, located on the Makah Indian reservation in Neah Bay, Washington, “traditional curation” is practiced. This includes, as Native American arts-and-culture archivist Alyce Sadongei noted in a 2019 keynote address to the International Committee for Museology, the use of terminology and typological conventions that accord with the culture of the Makah, an Indigenous tribe of the Pacific Northwest Coast. Unfortunately, the Makah tribal museum also engages in sex discrimination by not allowing females to handle certain artifacts that can be freely handled by men.

In a thesis completed under the auspices of the American Indian Studies program at UCLA, The Conservator’s Compass: Navigating a more collaborative future for the care of objects of Indigenous patrimony, scholar Nicole Talamantes wrote about discriminatory practices that had informed the Smithsonian Artic Studies Center’s collaboration with the Anchorage Museum at Rasmuson Center. In one case, for instance, an all-women project team was informed that materials they’d planned to study had been decreed off-limits to women by Inuit elders. “Rather than ignoring the restrictions because of the logistical difficulties they presented, the team found a male colleague from the museum staff to handle the object for them,” it was reported. At the Alutiiq Museum in Kodiak, Alaska, similarly, the need to exercise “spiritual care” in regard to hunting artifacts of the Alutiiq (Pacific Eskimos) was cited as justifying a rule to the effect that objects should be handled only by men. (When no men were around, women could carry the artifacts, but could not touch them directly.)

Ancient taboos against menstruating women are part of traditional cultural and religious practices in many parts of the world. Thankfully, they are a thing of the past in western societies. Yet some Indigenous tribal elders have singled out menstruating archeologists as being subject to special rules. In a 2018 article explaining why relatively few Native Americans choose STEM careers, in fact, authors Deborah Williams and Gerhard Shipely noted that “many Native American tribes have taboos regarding menstruating women, including separating them from the community, particularly men,” notwithstanding the obvious conflict with privacy and anti-discrimination laws.

In one 2006 case, University of Washington Anthropology Professor Sara L. Gonzalez and three colleagues, Darren Modzelewski, Lee Panich, and Tsim Schneider, revealed that in their collaborative field school with the Kashaya Pomo, menstruating women were not allowed to enter the kitchen, prepare food, serve themselves, or wash dishes. (These restrictions are intended to avoid imagined contamination of food sources and the consequent onset of stomach ailments, especially in men.) But it is hard to know how common such sexist episodes may be, as reporting on them can lead to frayed sensitivities.

Some Native American scholars, such as Humboldt State University Native American Studies Professor Cutcha Risling-Baldy, have even claimed that the portrayal of menstrual taboos as oppressive is inherently inaccurate. Risling-Baldy argues that Native American tribes, such as the Hupa of California, actually celebrated menstruation until colonial settlers contaminated the culture. (It’s a dubious thesis. But even if it were true, this argument would only supply more reason to stop deferring to tribal customs around such matters, since the customs at issue wouldn’t even be culturally authentic.)

In a 2003 article on the importance of “inclusivity” in the archeological field, scholars Katherine Dowdall and Otis Parrish reported that the California Department of Transportation’s collaboration with the Kashaya Pomo tribe required women to follow a defined protocol when menstruating. (Interestingly, males were also asked to follow their own protocols when their partners were menstruating, on the idea that the imagined menstrual contamination was communicated domestically.) Some archaeologists felt uncomfortable about this arrangement, and worried about the infringement of workers’ privacy rights. (In any sort of normal workplace, one is typically not allowed to ask a colleague if they are menstruating, let alone discriminate against them on that basis.) Dowdall and Parrish note that no one lost their job for pushing back against such rules, but managers also reportedly made a point of not hiring those who indicated beforehand that they would not defer to this kind of “inclusive” rulebook.

That rulebook, as outlined by the Kashaya Pomo elders, included secluding females while they were menstruating (and, thus, delegating them to side work in a lab rather than fieldwork with colleagues), requiring that menstruating women stay away from elders, and—worst of all, from my perspective— forbidding menstruating women from talking about spiritual topics.

In a 2009 report about the Indigenous database for Australia’s Northern Territory, University of Technology Sydney author Jason Gibson acknowledged that honoring traditional practices would mean restricting knowledge by sex—because, in many Indigenous communities in Australia, “both men and women have been adamant that female and male restricted content be house[d] in entirely separate locations, and in no way be connected to each other [even] via electronic means” (my emphasis).

The Californian Karuk tribe started a database of oral traditions in 2012. And in a subsequent update, the tribe summarized some of the rules governing those who seek to access information: In the event of such a request, an eight-person review committee will decide who can read what materials, with the applicant’s sex being taken into account. It is unknown what hard and fast rules apply to men versus women in this regard (and how their menstruation status might be imputed, in the case of females). But at the very least, such stipulations undermine the spirit of sexual equality that female scholars are rightly able to insist upon in every other area of their professional work.

One irony here is that Indigenous archaeology is in some ways an outgrowth of feminist archaeology. Feminist archaeologists have specifically embraced the repatriation of artifacts, and the turning over of skeletal remains to culturally-affiliated Indigenous tribes. Feminist archaeologists have also tried to paint the pre-colonial past as something of a matriarchal paradise (sometimes using the term “rematriation” as part of their ambitious conceptual reworking of the field). And so the fairly obvious conflict between the two sub-fields isn’t just worrying to the extent that it disadvantages female scholars in a real and practical sense; it also betrays the false conceit by which these two progressive movements were presented as conjoined.

Indigenous tribal members should be perfectly free to tell anthropologists and archaeologists about the taboos regarding women and menstruation that existed, and that may still exist, in their cultures. And we should not judge these communities harshly if their practices fall short of modern progressive standards: these sexist traditions are hardly unique to Indigenous societies. But we should also be forthright in asserting the primacy of our own liberal approach to sexism—which, to be blunt, is that we don’t put up with it.

One reason why these discussions can be difficult to conduct in a candid manner is that (as with Risling-Baldy’s above-described claim that many Indigenous sexist taboos originated with European contact) there’s often a fair bit of ideologically-motivated fudging of the historical record going on, with a view toward getting all of the academy’s favored shibboleths to accord with one another. One example is the tendency of transgender archaeologists to argue that transgendered individuals played an important role in pre-colonial Indigenous populations, even as others, such as University of Cambridge scholar Jennifer Chisolm, have pointed out how such analyses are often ahistorical, and can even “distrac[t] from the contemporary discrimination [such individuals] face within their own communities.”

These topics will always be subject to debate and argument, because in most cases, Indigenous societies left no written record prior to the introduction of writing from European colonialists. But whatever position one takes on the past, there should be no ambiguity about what modern female researchers, of whatever ethnic background, should be expected to tolerate in the present. 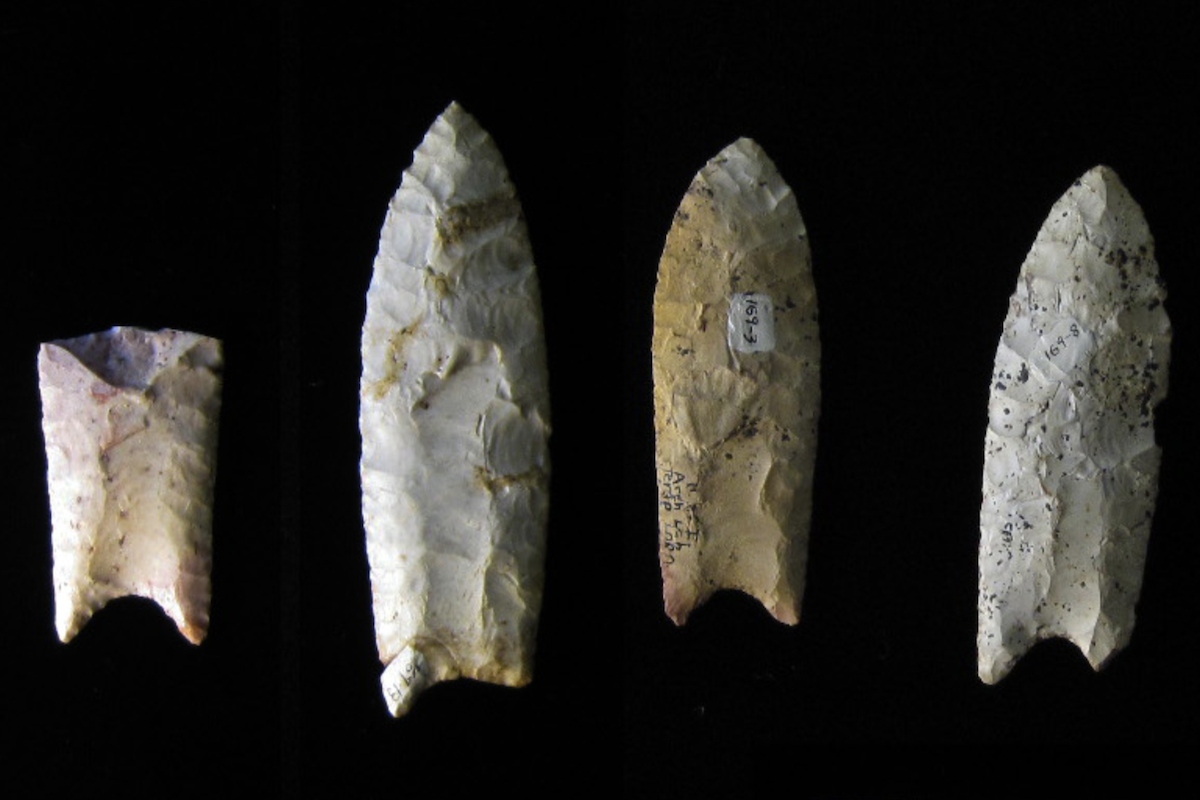 Why Is the Society for American Archaeology Promoting Indigenous Creationism? 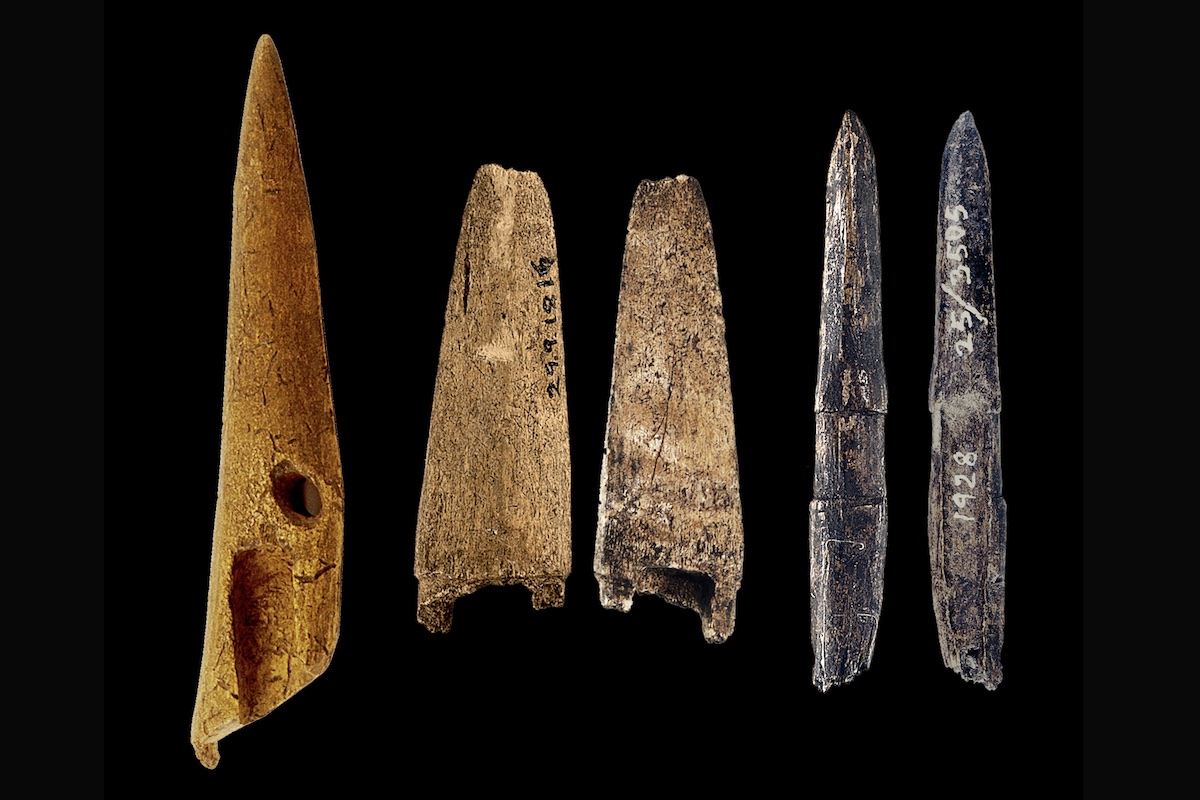