Last week, 53 top Canadian academic administrators convened in Ottawa for a biannual membership meeting of Universities Canada, a group dedicated to “providing university presidents with a unified voice for higher education.” The 89-page meeting agenda, which was leaked to me after the event, makes for an interesting read.

The pandemic has been a challenging period for Canadian universities, as the adoption of virtual classrooms has caused some families to wonder whether the traditional bricks-and-mortar education model is worth the price. Many Canadian schools are financially dependent on foreign students, an income source that’s now  in flux thanks to COVID. In April, Laurentian University in Ontario declared itself insolvent, cut dozens of programs, and laid off about 100 professors—an unprecedented development.

And yet none of these issues is listed on the October 27th Universities Canada meeting agenda. Laurentian University isn’t mentioned at all, in fact. And the only substantive reference to the COVID pandemic consists of an aside to the effect that “women are disproportionately being impacted negatively during the pandemic.” Instead, all of the agenda’s main action items are dedicated to social justice.

The first item updates attendees on Universities Canada’s multi-year effort to draft a statement on “Social Impact Principles.” A subsequent action item details the “Scarborough National Charter,” a document aimed at “mov[ing] from rhetoric to meaningful concrete action to address anti-Black racism and to promote Black inclusion.” There’s also a related item titled “Equity, Diversity, and Inclusion,” under which members were asked, by formal motion, to affirm their commitment to an affirmative-action doctrine known as “Inclusive Excellence.”

Later in the document, there appears an action item relating to “Principles of Indigenous Education,” detailing the by-now year-and-a-half-long consultation process aimed at renewing Universities Canada’s original Indigenous Education manifesto (which itself was announced with much fanfare in 2015 after a year of work). Among the proposed editing refinements are that language be added “recognizing [the] intersectionality of Indigenous identities”; and that a new preamble be added “acknowledging that Universities Canada and its member universities are located on Indigenous lands across Turtle Island.” The final version, it’s predicted, will be ready by April 2022.

But the agenda’s real centrepiece is a 46-page standalone report commissioned by Universities Canada, called Building a Race-Conscious Institution: A Guide and Toolkit for University Leaders Enacting Anti-Racist Organizational Change.

The report’s main theme is that university leaders must decisively reject the idea of “colour-blindness” (which the author asserts should properly be termed “colour evasion”) in favour of becoming “race-conscious individuals” who “explicitly reflect on their ethno-racial identity and group membership.” The author also exhorts university presidents to “actively examine their personally mediated racial biases, consider their individual experiences with respect to racism, and acknowledge their relative race-related marginalization or privilege in the larger society.” To persist in colour evasion, the author warns, is to erect “discursive barriers to antiracist organizational change.”

And colour evasion is just one of 10 listed “dominant ideologies and pervasive narratives [that] undermine efforts to counteract racism.” Among the other “barriers” listed by the author are “equal opportunity,” “tradition,” and “tolerance.” The report also contains tangents on “white fragility,” “allyship,” and the “ethics of care” prescribed by “critical feminist and antiracist scholars”—as well as instructions regarding the use of certain words and phrases. For instance: “Representation gaps among students, scholars, and staff in higher education are not ‘achievement’ gaps, but rather ‘opportunity’ gaps.”

There are plenty of diagrams. On one page, readers are instructed to organize their anti-racism efforts into four categories: “affirmative introspection,” “self-governance,” “intercultural literacy,” and “social architecting.” On the next page, they’re asked to situate themselves on a 15-pointed star that sets out the “Axes of Privilege, Domination, and Oppression.” Three pages later, racism has become a stepladder, with sequential steps indicating “bias,” “stereotyping,” “prejudice,” and “discrimination.” A page later, there’s a linear chart describing the personal journey from “monocultural” ignorance, through “multicultural” inclusion, then on to the promised land of the truly “Anti-Racist Conscious” elite. After that come pie charts (“Four Layers of Diversity: Analyzing Your Diversity Lens”), Venn diagrams (“Conceptualizing Cultural Safety”), and flowcharts (“Continuous Improvement Cycle for EDI Organizational Change”).

The conservative case against doctrinaire anti-racist ideology typically focuses on its upstream intellectual influences—including Marxism, postmodernism, Critical Theory, and other movements that present a revolutionary critique of liberal, capitalist societies. But with its PowerPoint style and jargony content (complete with references to “best practices,” “evaluation rubrics,” “deliverables,” “synergistic solutions,” and “Strategic Planning Logic Models”) Building a Race-Conscious Institution often reads more like a send-up of corporate MBA-speak than a radical call-to-arms. In one memorable flourish, readers are instructed that “mechanisms to promote coordinated decentralization will ensure [that] dedicated and distributed efforts are aligned and synergistic,” words that reminded me more of a Dilbert cartoon than anything written by Paulo Freire or Ibram X. Kendi.

Critical Theory is about challenging existing power structures. But the 53 university presidents and principals who met on October 27th presumably like the current academic power structure just fine, since they’re the ones sitting on top of it. And for all the talk of ruthless personal self-interrogation contained in the opening pages of Building a Race-Conscious Institution, its author doesn’t seem interested in prodding corner-office university administrators to actually surrender their plum posts in favour of less white, less rich, less privileged replacements. Just the opposite: She calls on them to become a vanguard force that suppresses “colour-blind” ideology and imposes a top-down program of anti-racist institutional control. While the language of the report is nominally progressive, the overall tone is deeply conservative.

The report’s author—a McMaster University professor and administrator named Arig al Shaibah (more on her below)—is especially focused on the role of both “dedicated senior administrators” who implement anti-racism policies on a campus-wide basis, and more junior “anti-racism champions” deputized to act at the level of “Faculties, Schools, and Departments.” The senior anti-racism officials must be vested with “personal agency and [a] level of authority to influence pan-institutional change,” while their junior lieutenants “must be adequately compensated through service recognition, stipend, or salary to lead EDI and antiracist priorities.”

After reading Ms. al Shaibah’s report, I looked her up, and learned that she’s McMaster’s Associate Vice President for Equity and Inclusion—which is to say, exactly the kind of “dedicated senior administrator” whom her plan would empower. As for her stipulation that anti-racism officers “must be adequately compensated,” Ms. al Shaibah leads by example. According to publicly available records, her 2020 salary and benefits at McMaster totalled about $249,000.

Building a Race-Conscious Institution demonstrates how deeply anti-racism has penetrated the administrative sinew of institutional academic culture—to such extent that it’s now difficult to disentangle the radical postures of the anti-racist movement from the everyday careerism, bureaucracy, and faculty-lounge politics that have pervaded universities since time immemorial. The author’s policy prescriptions, in particular, seem to combine the worst of both worlds, with university administrators being urged to weaponize the idiom of anti-racism as a means to impose ideological uniformity, expand their own powers, raise their own salaries, and strip academics of their traditional prerogatives. (Last week, I asked Universities Canada officials how much they’d paid Ms. al Shaibah to prepare this report. I received no reply.)

In her report, Ms. al Shaibah argues that a “trained Equity Advisor” should be personally involved in every hiring decision. She also argues that hiring-committee members must be required to complete unconscious-bias training; that all job applicants must be asked to submit a “State of Contributions to EDI” attestation; that job-evaluation criteria must “integrate EDI”; that “interview questions include assessment of EDI”; and that “Employment Equity goals” must be “prioritized when multiple finalists are in the ‘zone of excellence’” (a model she proposes as part of a larger “counternarrative to the myth of meritocracy”). All of these race-related mandates (and many more besides), it is proposed, would be enforced though an extensive and closely supervised system of checklists, spreadsheets, and reports that academics would be required to submit to senior EDI officials (sample copies of which Ms. al Shaibah has helpfully included in Building a Race-Conscious Institution).

All in all, Ms. al Shaibah lists no fewer than 17 “best practices for inclusive excellence in hiring,” which, taken together, would seem to put those “trained Equity Advisors” and their EDI colleagues in the driver’s seat on pretty much every personnel decision. Even if a hiring committee were to go rogue by, say, assembling a short list on the basis of actual merit, there’s a fail-safe entry in Ms. al Shaibah’s “Best Practices” catalog that allows for such decisions to be amended post facto so as to “advance strong EDG [equity-deserving groups] candidates.” (On the other hand, how often would it even come to that? Remember that going to bat for objective, race-neutral evaluation standards is itself described in Building a Race-Conscious Institution as prima facie evidence of harboring intent to “frustrate” anti-racism. And we all know what the opposite of anti-racism is.)

According to Building a Race-Conscious Institution, even fellow administrators must adhere to a 12-point plan in regard to creating a “race-conscious” university. Three of these points go directly to the hiring and empowerment of more EDI staffers. Specifically, Ms. al Shaibah stipulates that “Senior EDI Officers” such as herself should not only be vested with broad executive powers to act on their own initiative (as noted above), but also to “establish a coordinated decentralized network of distributed campus-wide leaders who cooperate within a community of practice”—or, in other words, a bureaucratic sub-structure that sits outside the university’s ordinary chain of executive command.

Radical ideological manias typically flame out quickly because their demonstrated excesses make them unattractive to new recruits. But as Building a Race-Conscious Institution helps demonstrate, anti-racism will be different—as its adherents have succeeded in embedding their precepts into the ostensibly neutral administrative machinery of the institutions they serve. This, in turn, has allowed them to expand their powers, inflate their ranks through control of the hiring process, neutralize ideological opponents with threats of investigation, and even stigmatize doctrinal criticism as a form of bigotry.

In short, proponents of this ideology have found a way to neutralize the checks and balances that typically govern the intellectual life of a university. Moreover, they’ve done it in plain sight, while earning six-figure salaries and winning public plaudits for their commitment to social justice. Even if you don’t agree with Ms. al Shaibah’s ideas, you have to admit that, from a purely Machiavellian perspective, her approach is very clearly situated within the Zone of Excellence. 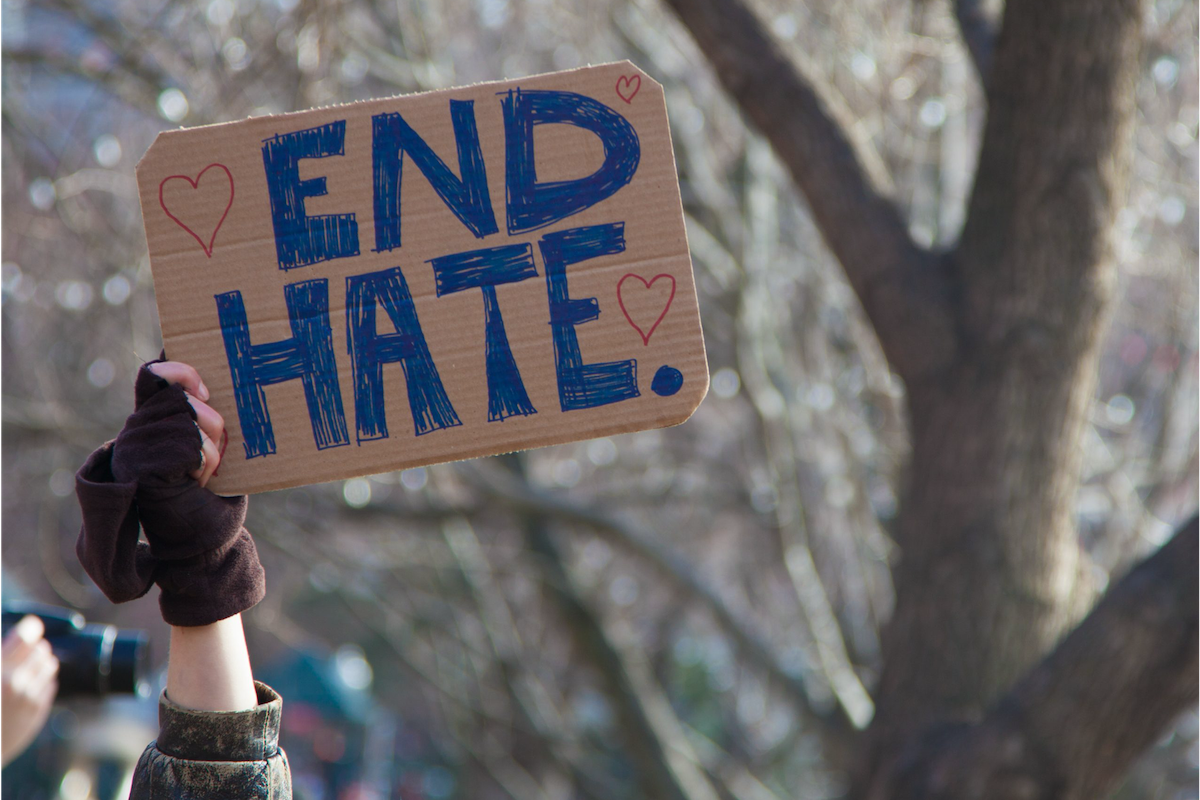 Can You Teach Children to be Anti-Racist?