Speaking recently at a Quillette Free Thought Lives event, Columbia University professor John McWhorter expounded on his thesis that social justice comprises an ersatz religion, complete with rites of confession and penance. It’s a compelling metaphor, especially in the way it helps explain adherents’ overwrought professions of faith and demands for the persecution of heretics. 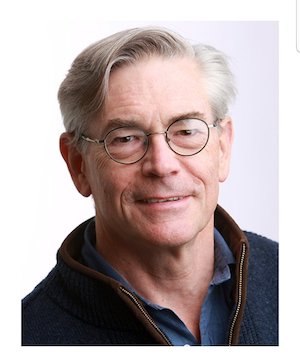 But when it comes to the New York Times’ recent firing of reporter Donald G. McNeil Jr., the metaphor falters. The Times management dismissed McNeil because he was caught instructing a student about racism in 2019; and, in so doing, said the N-word as an example of a gravely racist term. The Times management had initially concluded that McNeil showed “poor judgment” by uttering these two forbidden syllables, but also that he hadn’t harbored any “hateful or malicious” intent. That last part certainly seems sensible, given that McNeil wasn’t actually directing the N-word at another human being or using it to describe a third party. But since these same Times managers had already shown staff they can be bullied by office mobs, it was predictable that McNeil eventually would be thrown beneath the Times bus (an increasingly crowded place), which is why he now finds himself unemployed and begging for forgiveness.

Consistent with the pattern set by similar controversies, it is vaguely claimed that this incident was indicative of a broader pattern of insensitive behaviour on McNeil’s part. But apart from the allegation that McNeil once announced himself skeptical of the concept of “white privilege,” no damning particulars have been offered publicly outside of his non-hateful, non-malicious use of the N-word. So what we’re left with is the spectacle of an acclaimed reporter being purged not for malevolent actions, nor even malevolent intent, but rather for making a certain kind of sound. This is an important departure from ordinary mobbings because, even in their most dogmatic form, theories of social justice generally are at least nominally concerned with the improvement of human morality, which, crucially, is inseparable from the question of intent. McNeil, on the other hand, is being judged according to a theory of wrongdoing that presents certain words or phrases as evil by their mere utterance, as with a Harry Potter spell.

In discussing the threat to rationalism from progressive mystics, the difference between religion and magic may seem an obscure fine point. But it gets at an important category distinction. Until the Protestant Reformation, it was common for Christians to promote (or at least tolerate) the idea that certain rituals or words could act as blessings or curses in their own right, regardless of a person’s underlying piety or state of mind. As historian Keith Thomas wrote in his classic text, Religion and the Decline of Magic: Studies in Popular Beliefs in Sixteenth and Seventeenth Century England, many of the reforms that began during the Tudor period were aimed at taking “the magical elements out of religion, to eliminate the idea that the rituals of the Church had about them a mechanical efficacy, and to abandon the effort to endow physical objects with supernatural qualities by special formulae of consecration and exorcism.” (Even criminals, Thomas noted, often would say special prayers to assure themselves of God’s blessing as they set out for an evening of burglary.) Seen by these lights, the decision to punish McNeil for mere sounds, as opposed to moral intent, isn’t just (as with social-justice ideology more generally) a woke adaptation of Victorian moralism: It goes all the way back to folk superstitions that were regarded as backwards even by many Elizabethan Christians. Were these 16th-century English villagers among us, even they would know that Times reporters don’t live at Hogwarts, and so saying Voldemort’s name won’t make him appear.

As Thomas noted, the distinction between magic and religion can be a blurry one. And there are mixed elements of both in the campaign of vilification whipped up against McNeil by Times staff (not to mention the more general trend to medicalize speech by branding certain words as inherently “unsafe”). As we know from similar social panics, these mob attacks exhibit dynamics associated with inquisitions and religious manias: Signing a petition denouncing a heretic such as McNeil marks a signatory as virtuous, and thus helps protect him or her from future mob attacks. So there is a built-in incentive to join in, regardless of whether one actually believes (or even understands) the underlying claims. If one were to examine the list of roughly 150 Times staff who signed the petition against McNeil, and then remove the name of everyone who secretly knew that the case against him was bunk, or who had themselves used the N-word under roughly similar circumstances, we suspect, the number of remaining names would be reduced to the low single digits. Our best estimate, in fact, would be zero.

We do not mean to underplay the offensive nature of the N-word, whose long and ugly history is intermingled with slavery and white supremacy—which is why we’ve made the choice to mostly avoid its use here. But it’s one thing to make that kind of editorial decision in regard to an essay, and another thing to denounce the use of the word in private conversations or appropriately contextualized professional or academic discourse.

Consider, for instance, American composer Mary Jane Leach, who was publicly humiliated by the organizers of the (aptly named) OBEY music convention in Halifax, because her appreciative talk on the legacy of groundbreaking black minimalist composer Julius Eastman (1940–1990) contained a reference to his albums Evil Nigger and Crazy Nigger. Eastman suffered racism all of his life and knew better than most how shocking and wounding that word could be. It was his choice as an artist to choose those album names, and he likely would be surprised to know that Leach—who has done more than anyone to keep his legacy alive as biographer and archivist over the last 30 years—would be attacked for speaking them out loud.

In 2020, a similar controversy erupted at the University of Ottawa when a professor used the word. This was just after the CBC went out of its way to shame veteran newscaster Wendy Mesley after she’d used the N-word in directly quoting one of her black TV guests during a private editorial meeting. Five months ago, the University of Southern California replaced a professor of business communication because he had used Chinese words that, when uttered in a certain order, sounded roughly like the N-word. And while it once was the case that black people were able to use the N-word with relative impunity, that no longer seems to be the case. At a high school in Wisconsin, a black security guard was fired after using the N-word in the course of telling black students not to call him the N-word.

“The reality is that I did not just [lose] wages but also benefits… we will soon be without health insurance,” wrote the father of four on Facebook. But the school claimed it had no choice, because its “zero-tolerance” policy on N-word utterance meant that “context or circumstances” were deemed irrelevant.

A theory of evil that rejects any analysis of “context or circumstances” has the benefit of being easy to enforce. One could easily imagine a speech-recognition software system deployed by the government, and operating with no human intercession whatsoever, whose purpose would be to fire workers or expel students based entirely on whether their recorded speech yielded the forbidden sounds—even if they were speaking Chinese, talking in their sleep, lost in the throes of psychosis, or (as with McNeil himself) discussing why it was wrong to weaponize such sounds in the first place. This scenario is (literally) Orwellian, of course. But it’s not clear how it would depart (except insofar as being unusually systematic) from the real “zero tolerance” approach that institutions such as the New York Times are channeling.

The problem here isn’t just that policing speech on the basis of magical thinking serves to vilify false-positive cases such as McNeil; but also that it will serve to excuse false-negative cases, in which someone acts with genuine ill intent but without intoning forbidden words. Consider Times culture and technology reporter Taylor Lorenz, who, around the same time as the McNeil frenzy was unfolding, took to Twitter with the claim that Silicon Valley venture-capital titan Marc Andreessen was “just openly using the r-slur [i.e., “retarded”] on Clubhouse [an invitation-only social networking chat app], and not one other person in the room called him on it.” Lorenz also showed her 211-thousand followers a screenshot containing photos of those hear-no-evil Clubhouse attendees. But as entrepreneur Jason Calacanis and then writer Sarah Haider reported, Lorenz seems to have made the whole thing up. When Lorenz was called out on it, her response was to delete the Tweet and make her Twitter account protected, without (to our knowledge) any apology or admission of guilt. As Haider beautifully summed up this two-act Times farce: “Veteran reporter [McNeil] was covering perhaps the most important beat, the pandemic, and doing a fantastic job, [while] tattle-teller Taylor Lorenz covers TikTok influencers… One is fired, the other will remain untouchable.”

Just a few days ago, NYT lost a veteran reporter for repeating a bad word years ago, and now its reporters are attempting to tattle on others for similar crimes (which did not even occur).

The most esteemed journalistic institution in the world, staffed with kindergarteners. https://t.co/bvlqDMkJvU

For generations, Times reporters were looked up to as the hard-headed adults in the room, enforcing norms of reason and evidence-gathering within our broader marketplace of ideas. McNeil—a science reporter known for his work on COVID-19, the defining science story of our time—was representative of this old-school Times archetype. And so perhaps it’s symbolically apt that he’d be purged on the order of all the little Rons and Hermiones who now call the shots at his former newspaper. In time, McNeil may even come to be glad that he’s left the place. Far from a bastion of rationalism, the Times’ virtual newsroom now resembles a pack of Hogwarts students arguing about who’ll be in Gryffindor and who’ll be in Slytherin, all gazing longingly at the vision of perfect allyship beaming back at them from the Mirror of Erised. Mere muggles though we Quillette editors may be, it falls to us to remind everyone that, in the real world, there’s no such thing as a Sorting Hat. And we’d urge that, if ever a colleague tries to place one atop your head, you tell them politely where they can stick it.