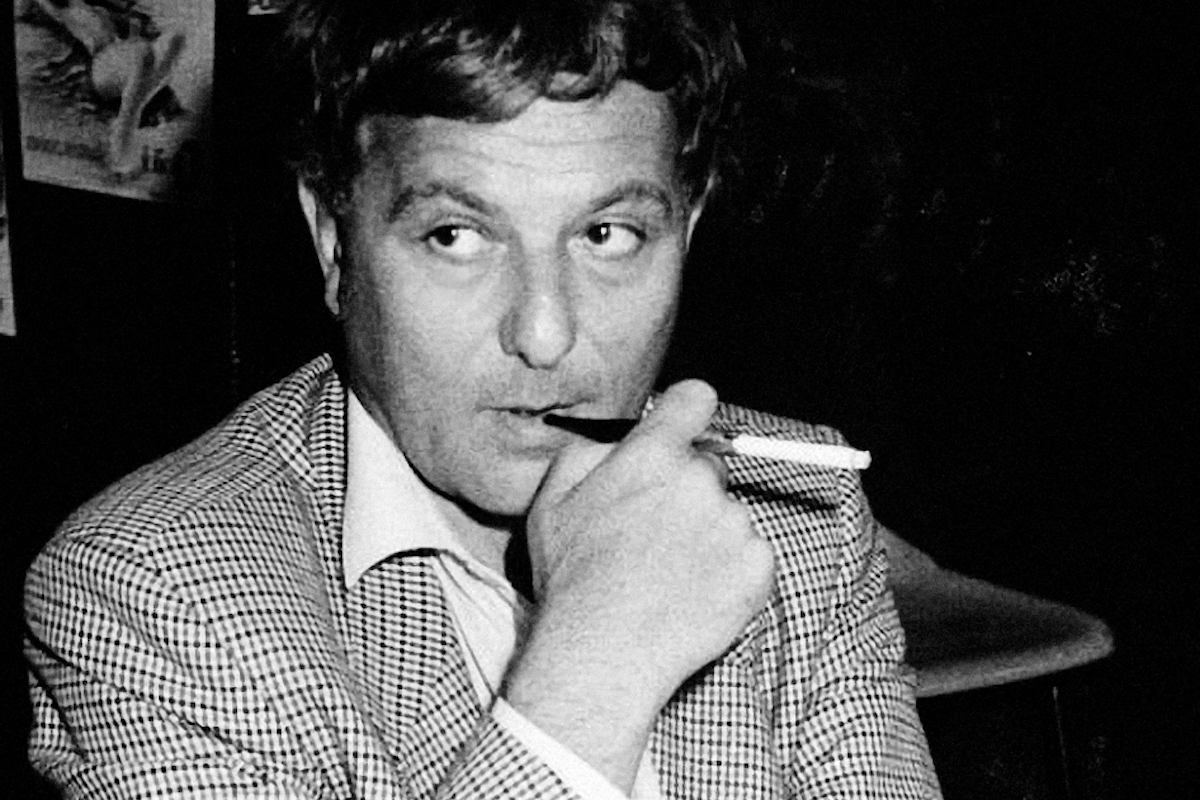 Before I proceed with a brief discussion of postmodernism and its contribution to the 20th century thought, a clarification: contrary to the common view, the “modernism” part of the word “postmodernism” does not denote “modernity.” Such an interpretation is wrong (and also raises the question of why postmodernism had not happened 200 years earlier). The “modernism” part of the word refers to the dominant literary and artistic movement of the late 19th and early 20th centuries. In other words, postmodernism is not what came after the Renaissance, the industrial revolution, Voltaire and Descartes—it is what came after the cubists, the existentialists, Kafka and Joyce.

This correction is important for reasons of formal accuracy—but it is also a reminder that postmodernism was neither the first, nor the most important movement to attack the values of Western civilisation. Mannerism did it in the 1520s, followed by baroque, then the gothics and romantics, and, finally, at the turn of the 20th century, the modernists. The latter rebelled on a truly grand scale, negating and annihilating everything that had held up before: symbolists defied reality in favour of dreams and hallucinations; dadaists proclaimed “unconscious impulse” to be the only reliable source of truth; surrealists called for “exemption from any moral concern”; Picasso and Apollinaire obliterated laws of aesthetics by stripping art and poetry of beauty; and André Breton took an expressly anti-humanist stance with his appeal to “dash into the street… and fire blindly into the crowd.”

Compared to the lion’s roar of modernism, its iconoclasm, the demonic genius of its key figures, postmodernism was barely a squeak. So, please, let’s not credit it with (or blame it for) undermining modernity. Instead, let’s compare these two movements in more detail and try to understand what, if anything, was postmodernism’s unique legacy.

At this point, I would like to correct a second misconception. It is often said—or, at least, implied—that postmodernism owes its existence to Karl Marx. This too is wrong. Like most—all?—20th century movements, postmodernism owes its existence to Nietzsche. With his proclamation that “God is dead,” Nietzsche didn’t just denounce Christianity—he also denounced the shallow, philistine, instrumentalist values that Christianity encouraged, and the “famished, self-complacent souls” who knew “neither frenzy nor fervour” that walked the Earth as a result. In their place, Nietzsche heralded the arrival of a new kind of man—one that would say a “great Yes to all lofty, beautiful, daring things,” and whose only guide in life would be his own instincts.

Living with “frenzy and fervour” and relying on one’s instincts for happiness sounds grand, and I wish I could do it. Alas, I am more in the “famished, self-complacent souls” camp—those who have their “little pleasures for the day, and little pleasures for the night,” and who, try as they might, will never “give birth to a dancing star.” There are a few of us around, those whose inner world is, well, average, and who need to turn elsewhere for metaphysical consolation. God used to supply this, but God is dead, and with him the direct line to the transcendental. So, in a situation like this, what do non-superhumans do? We lose our metaphysical compass, and we face chaos and absurdity.

Both modernism and postmodernism emerged as a reaction to the chaos of a post-Nietzschean world. Yet each movement dealt with it in its own way. Modernism fought back—despite its apparent nihilism, it was a highly idealistic movement. You might even call it utopian: In the ugliness and absurdity of everyday life, it saw hope for a better future. Postmodernists saw no such thing. They accepted the chaos and they resigned themselves to it. They capitulated fully and unconditionally. And this brings me to the third fallacy that is in need of correction: Postmodernism was not a politicised movement. Yes, some of its theories focused on the role of ideology; yes, the personal politics of most postmodernist figures were strongly left-leaning; and yes, many postmodern concepts were appropriated by the 21st century social justice agitators with regrettable consequences. However, postmodernism’s most significant legacy, the novel, is fundamentally, profoundly apolitical—it offers no social position, no historic context, no ideological stance. It is completely withdrawn from reality. It is a timeless, spaceless abstraction.

The postmodern novel is also an intertextual novel. Postmodernism is widely associated with (and criticised for) its philosophy of relativism. Relativism, of course, is as old as the world, as old as pre-Socratics and Heraclitus’s circle; as old as Ecclesiastes and Hamlet, with his “nothing is really good or bad in itself—it’s all what a person thinks about it”; as old as Cervantes and Sterne; and, more recently, as Proust. Postmodernists did not invent relativism, they just took it to the next level. The theory of intertextuality (“intertextualité”), however—first introduced by Julia Kristeva (who based it on the works of the Russian linguist Mikhail Bakhtin), and extensively developed by her mentor Roland Barthes—was postmodernism’s true invention. Its “innovation,” if you wish.

This is how it works. We all like to believe that we use language in a unique way. Regrettably, this is not the case. What we mostly do with language is recycle—we use words, sentences, phrases, syntactic constructions, prosodic rhythms and so on that have all been used many times before. Sometimes we borrow someone else’s language on purpose—most of the time we do it unconsciously, simply by defaulting to what we’ve picked up from books, films, songs, and conversations; a wide range of discourses to which we’ve been exposed during our lives.

This situation has an important consequence: If we write and speak in a way that contains traces of other people’s texts, our own texts will inevitably contain references and associations (connotations) that were not intended by us, but might be picked up by our readers. As a result, a text is not a static body of work the meaning of which is fixed by its author once and for all—instead, it becomes a dynamic, ever-evolving mosaic of meanings, interpretations, and associations—a dialogue between the author and the reader, the author and her cultural background, the author and everything else that has been written and said.

I happen to be in a good position to comment on the merits of intertextuality, because I routinely communicate in two languages that are not my native tongue, and, also, because I have a photographic memory. I learned English at school, and I learned French at university and, in both cases, memorising and repeating chunks of someone else’s text (novels, poetry, periodicals) was part of the learning methodology. I still remember most of these texts, and so am able to trace my use of language to its original source. So, for example, when I attempt to develop a trope, resort to a stylistic device, or use unusual punctuation, an image of the page from which its precursor came would appear in my mind’s eye, complete with typeface and page number, and, right away, I would begin a dialogue with some writer of the past. I may imitate her work, I may plagiarise it, I may laugh it off and parody it, or I may enter a polemic and attempt the exact opposite. But whatever I do, I am no longer the only author of my text. And this is how the process works for everyone, only most people don’t remember where their original linguistic impetus came from.

Postmodernists took intertextuality to grotesque extremes, eventually denouncing the need for an author and an original author’s voice. Nevertheless, it remains a viable theory and, to date, it is routinely used by literary critics to supplement other methods of literary analysis. Postmodernists should have stopped there. Unfortunately, they didn’t—they decided to put theory into practice and started writing intertextual novels. And this is where things went badly wrong.

In his remarkable essay on Joyce, Carl Jung wrote that Ulysses “not only begins and ends with nothingness, it consists of nothing but nothingness.” Perhaps it’s just as well that Jung died before the publication of Philippe Sollers’s 1965 novel Drame—a postmodern “classic” without plot, character, setting, message, or authorial voice. It tells the reader nothing, and that is its intention. Essentially, it’s a linguistic game, an exercise in arranging and rearranging words, an experiment in syntax and morphology. It is a work of utmost absurdity. Compared to Drame, Ulysses is positively Dickensian.

You may argue that modernist literature was full of absurdity as well. Indeed, with Nietzsche breathing down their necks, modernists denied, provoked, and destroyed. Yet, amid the carnage, amid the fragments and the debris, there was a redeeming light, a shadow of belief, a hope against hope that there is truth to be found in the world, and beauty, and kindness, and love. If you don’t believe me, read Molly Bloom’s soliloquy at the end of Ulysses, or the scene of Joseph K’s execution at the end of The Trial. Behind the façade of nihilism, the modernist novel had a highly constructive goal: to find meaning in a world without God.

Sollers and his postmodern brethren had no such goal: their work contains no meaning, no wish to find meaning, and no belief that meaning exists. All it has instead is cold, insular, sardonic consciousness playing self-indulgent games with words. In place of modernist burning and raging, there is just indifference; in place of rebellion, resignation; in place of novels “written in blood,” we got novels written in phlegm. (Here I need to make an important qualification: there were, of course, significant postmodernist authors like Eco, Borges, Kundera, Fowles, and Nabokov, and their legacy endures. However, none of these writers wrote in a purely postmodern genre—their work was a hybrid, a synthesis of postmodern intertextuality with traditional genres, such as the historic or psychological novel.)

Compared to the titans of modernism, postmodernists—despite a handful of interesting thinkers like Barthes and Derrida—are no more than garden gnomes. The former dealt with metaphysics, the latter dabbled in semiotics. As a movement, postmodernism was isolated and derivative. Resolutely second-rate. However, it succeeded where modernism had failed: It brought the absurdity of the world without God to its logical conclusion and showed us a still, finished, circular world that was no longer moving forward. And this, its pessimism, its refusal to succumb to the utopia of a better social order, is postmodernism’s true legacy.

When I lived in France, Philippe Sollers was a regular fixture of various talk shows. I watched him with interest. He is a handsome, elegant man who speaks in impeccable French of L’Académie française (not the idle verbiage of his own novels), who seems shrewd and down-to-earth, who laughs a lot, and who enjoys swimming and badminton (or perhaps it’s volleyball, I can’t remember). He is married to a beautiful woman (Kristeva), and he has slept with legions more. A lothario and bon vivant, Philippe Sollers looks like a happy man. He has certainly lived his life to the full. And so, listening to his feisty chatter, I could not help but wonder if all those senseless, solipsistic, sheltered novels that he and his comrades used to pen—their undisguised contempt for the reader, their aesthetic of pessimism and indifference—were not just a massive con.

Elena Shalneva writes about books, film, and culture. Her work has appeared in Standpoint and City AM. She has published several short stories, and is currently completing her first collection. She is a lecturer at King’s College London. You can follow her on Twitter @ShalnevaE.