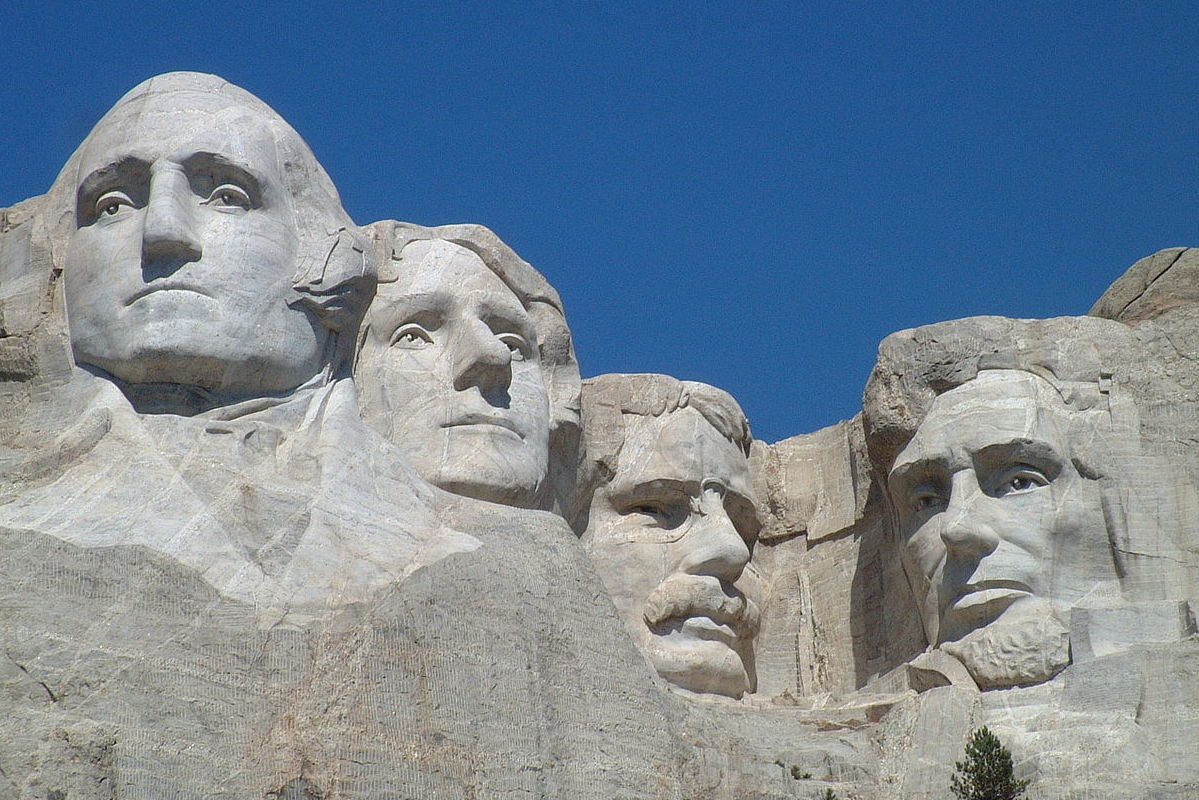 I am a liberal conservative, or as the New Republic‘s Osita Nwanevu would have it, a “reactionary liberal.” I lean right-of-center and, as I have argued before, I believe that many of the West’s most cherished values—individualism, due process, free speech and inquiry, and the rule of law—are imperiled by radical progressivism. So, I was delighted to be challenged by Nwanevu’s recent article entitled “The Willful Blindness of Reactionary Liberalism.” Although the piece is highly tendentious, it is a vigorous defense of progressive identity politics and an attack on liberals like me.

Nwanevu’s basic thesis is that progressives are actually the modern champions of the liberal tradition and that those who oppose and criticize them from the Left (Matt Taibbi and Jonathan Chait) or the Right (Andrew Sullivan) or both (the members of what was once known as the Intellectual Dark Web) are actually fighting a reactionary battle against an expansion of freedom. Therefore, Nwanevu argues, it is progressivism’s enemies who are illiberal. He describes liberalism—correctly, so far as it goes—as “an ideology of the individual⁠. Its first principle is that each and every person in society is possessed of a fundamental dignity and can claim certain ineradicable rights and freedoms. Liberals believe, too, in government by consent and the rule of law: The state cannot exercise wholly arbitrary power, and its statutes bind all equally.”

However, reactionary liberals, he argues, do not appear to understand or appropriately value an important liberal freedom: Association. “Controversial speakers,” he notes, “have no broad right to speak at private institutions” and senators such as Tom Cotton have no right to appear in whatever magazine or outlet they desire. Reactionary liberals, it seems, are confused about these issues, and that is why they (incorrectly) condemn universities for restricting the range of acceptable opinions on campus and deride newspaper staffers for protesting the publication of an op-ed with which they disagree.

It is of course true that universities are not legally obliged to invite controversial speakers; and it is also true that a newspaper’s staffers are legally allowed to complain about the publication of an op-ed. But a liberal society is not just sustained by fidelity to the law, it is also sustained by a commitment to broadly shared norms, and the behaviors Nwanevu describes do not particularly reflect a spirit of liberalism. Firing professors, cancelling speakers, and attacking the character and motives of those who promulgate controversial views only limits the range of acceptable discourse and ideas available to college students. Often, these supposedly “toxic” ideas are perfectly reasonable scientific hypotheses or borderline mainstream political positions. And contending that an op-ed written by a sitting senator that makes a popular if rhetorically caustic argument endangers people of color provides illiberal voices with a convenient way to quash free expression they don’t like.

If our goal is to encourage debate and discussion because that allows a competition between ideas and arguments, then reactionary liberals are right to worry about the declining spirit of debate at universities and in mainstream news outlets and organizations. Some of the most consequential issues of our day—transgenderism, changing demographics, racial disparities—are fiercely contested, and reasonable points of view are being culled from mainstream discourse by those who wish to declare that such debates have been settled in their own favor. If freedom of association is used to destroy other important freedoms, then it is reasonable to challenge it. This, of course, is what we do with laws that forbid discrimination on the basis of immutable characteristics. Similarly, reactionary liberals believe there should be a normative limit on free association if it leads to the disappearance of debate and wide-ranging discussion.

Resistance to identity politics is growing across the political spectrum, but Nwanevu thinks this is misguided because there is no evidence that “minorities and certain disadvantaged groups are to be given more rights than, and held as superior to, white people.” The goal of identity politics, he says, is “parity, not superiority.” Still, it shouldn’t be difficult to understand why many might see contemporary identity politics as hostile to whites, especially if those whites are also male and heterosexual. America’s paper of record employs writers of color who have their bigotry indulgently explained away, and carries columns earnestly wondering “Can My Children Be Friends with White People?” Meanwhile, a (white) author makes hundreds of thousands of dollars instructing her credulous readership that white people “hate blackness” and resist conversations about their racism on account of their “fragility.” Much of the intelligentsia appears to believe in a kind of prestige hierarchy of victimization, in which privileged groups (whites, men) languish at the bottom and victims’ groups (minorities, women) sit at the top. Collective guilt is then used to leverage support for policies that recompense one group of Americans for the sins of another’s ancestors.

Nwanevu is predictably coy about affirmative action, the most explicit form of institutional racism in the United States. He gestures irritably at reactionary liberals’ “grievances” against the policy, and says he will not “relitigate” the issue. That’s not especially surprising, since affirmative action is a remarkably illiberal way of judging candidates for college or employment. As Richard H. Sander and Stuart Taylor Jr. argue in their book Mismatch: How Affirmative Action Hurts Students It’s Intended to Help, and Why Universities Won’t Admit It, black candidates to universities often receive huge advantages over comparable whites and Asians. It’s no small task to argue that institutional preferences for certain races over others somehow advance an agenda of individualism.

The reactionary liberal, then, is justified in lamenting the practise of modern identity politics because, at minimum, it corrodes the remarkable and once radical idea that individuals should be judged for their unique traits and talents, not for their demographic characteristics. Legitimate defenses of particular kinds of identity politics remain, especially when certain groups are denied (legally or normatively) the rights and liberties of other groups. But it is difficult to argue that this accurately describes modern America or the West more broadly. Jim Crow perished in the ’60s; The Cosby Show was the top-rated program across the ’80s; Barack Obama was elected president in 2008. This does not prove, and is not intended to prove, that there is no racism or and that there are no racists in the United States. But it does suggest that institutional obstacles to black success have largely disappeared.

Those who strongly oppose progressive identity politics, Nwanevu writes, are right-of-center on social issues and “incredibly reactive.” They catastrophize about trivial stories on social media and fret that every obscure incident augurs the impending collapse of Western civilization. In fact, “If Twitter were to shut down tomorrow,” he declares, “most of their political world and its concerns would simply vanish.” This is a provocative proposition and at least plausible enough to serve as a humorous caricature, but it’s also false.

First, Twitter is a relatively new and critically important social medium that merits concern even if it were the kind of hermetically sealed world Nwanevu suggests it is. Second, what begins on Twitter or is exacerbated by Twitter often spreads rapidly into the “real world.” In this sense, Twitter is almost like an incubator that hatches different kinds of progressive activities and strategies that eventually spread into the broader culture. And, third, Twitter grants people immediate access to what is happening in the world. The claim that reactionary liberals would have nothing to talk about if Twitter disappeared is, in this sense, like complaining that somebody in the 1880s would have nothing to talk about if newspapers and telegraphs disappeared. Twitter is where a lot of people get their news. It isn’t a sealed cocoon; it’s a medium, and one in which users enjoy an unprecedented degree of active participation.

Do reactionary liberals overreact to anecdotes (“anecdata”)? Almost certainly. Humans are often paranoid and they easily imagine that rare occurrences—a tornado, say, or a case of the bubonic plague—are evidence of the slow but inevitable march of doom. But, alarm is not irrational at this point. Only a few years ago, many blithely dismissed concerns about illiberalism on college campuses as misplaced and hyperbolic. If campus students promoted nonsensical theories, said the skeptics, what harm could that do? Students have always been zealous, ignorant, and idealistic. What happens on the campus stays on the campus. But that theory of campus sequestration is no longer tenable. The problem has been allowed to spread and now much of America resembles a campus. If anything, the early alarmists weren’t worried enough.

Activists are now able to get professors and editors fired (or removed from prestigious positions) with surprising efficiency and rapidity. Critical theory discourse, once isolated to hyper-educated professors and pundits, is now relatively commonplace on the comment pages of national newspapers. So is a deeply cynical and pessimistic view of the United States and the West, one that views our forebears not as flawed but brilliant contributors to a great civilization, but as sinners who deserve only shameful contempt. This is not without consequence. It leads to illiberal mob attacks on statues deemed offensive because of the legacies they commemorate, and it dramatically shrinks the range of topics that may be legitimately debated and discussed. For every professor terminated for broaching controversial subjects or forwarding taboo opinions, a hundred more are silenced by fear. The same goes for editors. And op-ed writers. This is a kind of intellectual terrorism, the goal of which is to destroy just enough enemies to terrify everyone else into silent submission.

A depressing side-effect of this phenomenon is the rise of intellectual hypocrisy and interpersonal distrust. Many people hold opinions privately which they are terrified to share in public. Sometimes, they even assist in tarnishing the reputations of others for expressing the very opinions they themselves secretly hold. Similarly, institutions that claim to be dedicated to free speech and inquiry ignore incendiary topics and refuse to defend those who discuss them. The upshot is that people who know other people’s true and taboo opinions often have leverage over them. Will they use it? It’s hard to know, but the unspoken threat or even just the possibility is itself intimidating.

As Nwanevu’s essay progresses, it loses steam as it strays from the more provocative and interesting arguments with which it opened. So I will conclude my response by briefly summarizing and stating the positive case for what he calls “reactionary liberalism.” Progressive identity politics and progressivism more broadly are an unambiguous and illiberal threat to the West. They undermine basic principles we should all cherish such as the rule of law, free speech and inquiry, and individualism, sometimes explicitly and sometimes more subtly. In my earlier essay on this topic, I argued that contemporary progressive dogma encouraged “at least six tendencies that are inimical to the West,” which I will recapitulate here.

For all these reasons, I believe that those Nwanevu derides as “reactionary liberals” are quite right to dislike progressivism and progressive identity politics and to see them as serious threats to Western liberalism. Nevertheless, his provocative essay deserves our attention and consideration—it is important that liberals take the time to understand the arguments of their political opponents if those arguments are to be effectively resisted. He concludes by noting that reactionary liberals have largely failed to slow the cultural ascent of progressivism, a development which will only deepen “their sense of themselves as martyrs.” And with this observation, I am in complete agreement. Liberals are failing and failing badly. And their only recompense⁠, if they do not push back more effectively, may be the smug self-satisfaction of martyrdom.

Bo Winegard is an essayist and former assistant professor at Marietta College. You can follow him on Twitter @EPoe187.