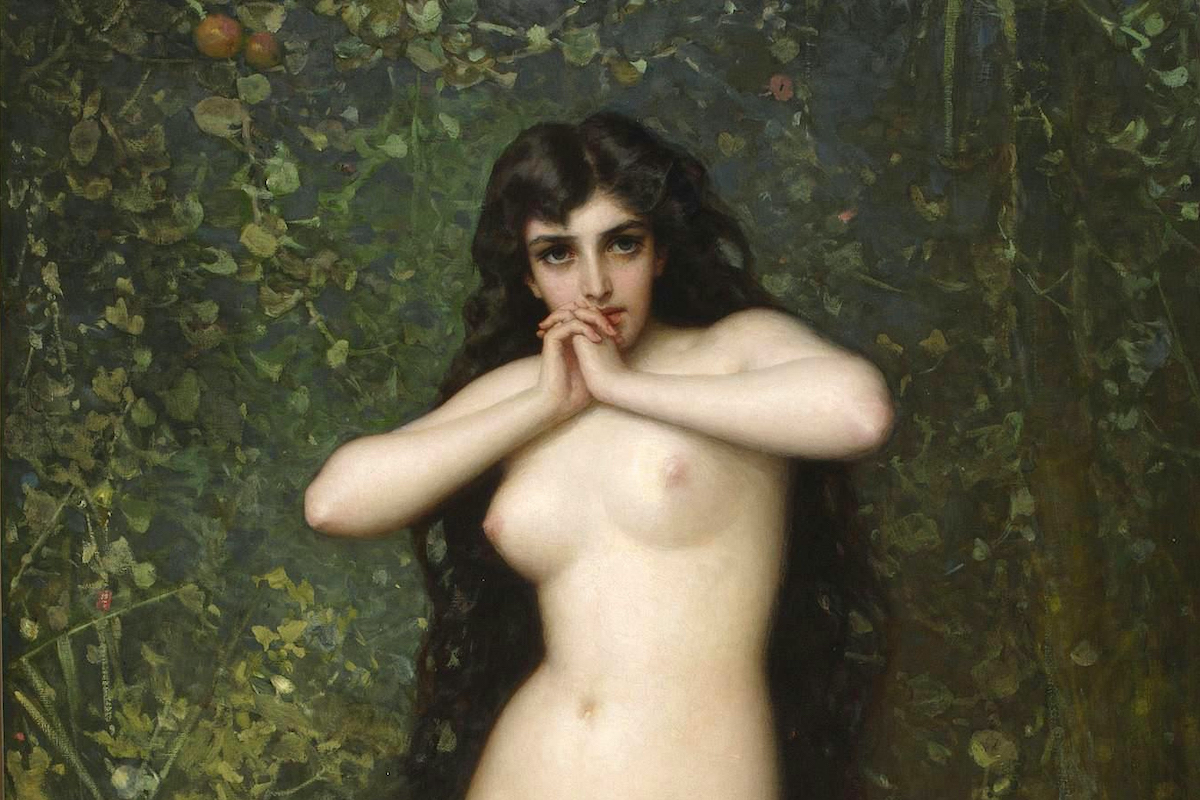 I’m writing a book about gender-identity ideology (if I scribble fast, it should be out in the middle of next year). And by chance, last week I was wrestling with the bit where I explain that across swathes of academia, and on the political Left, it’s become an article of faith that the word “woman” is fiendishly tricky to define. Indeed, I’d go further: In such circles the word is rapidly becoming taboo. And then J.K. Rowling shared an article on Twitter, entitled “Creating a more equal post-Covid-19 world for people who menstruate.” That clearly pushed the world’s most famous author past breaking point. “‘People who menstruate.’ I’m sure there used to be a word for these people,” she tweeted. “Someone help me out. Wumben? Wimpund? Woomud?”

‘People who menstruate.’ I’m sure there used to be a word for those people. Someone help me out. Wumben? Wimpund? Woomud?

Cue oceans of commentary, much of it indignantly denying that the word “woman” is becoming unsayable. So I thought I’d collect the evidence. On June 16th, I asked my Twitter followers for the best (non) definitions of “woman” they’d seen on their travels. Here are some of them, followed in each case by my commentary. (There are more on my website.)

A woman, for me, is someone who feels that they are a woman.

You can’t define something in terms of itself—that’s an absolutely basic error. The whole point is to explain what the word “woman” means, and you can’t use the word you’re defining in that explanation. (If you’re not seeing the problem, it’s because you actually ­do­ know what a woman is, and you’re implicitly substituting your definition into the bit about “women in her social context” without noticing. Try this: “A squawm is someone who feels like a squawm.” Now, are you any the wiser as to what a squawm is?)

An adult human who identifies as female

Marks for cunning, I suppose. Using “female” instead of “woman” is clearly an attempt to avoid circularity. The problem is that “female” is not something you can identify as. It’s a word with an objective definition that holds right across all of biology, and hardly any of the things it refers to are capable of identifying as anything. It means: “of or denoting the sex class that produces large gametes,” and so it refers to peahens (not peacocks), fish eggs (not fish sperm), kangaroo pouches (only the females carry joeys), the pistil of a flower (not its stamens), and so on.

Anyone who identifies as a woman

The same problems as identified above, except it seems to be striving for some faux-objectivity with “identifies” rather than “feels,” and it’s from an Academy of Science, which might be expected to know better.

I suppose we could assume that Jenkins has a starting idea of what a woman is—an adult human female—and wants to add in other people who feel that the norms for women’s behaviour apply to them. But what about women who don’t regard those norms as “relevant to” them? And how do any of the rest of us know whether someone does experience those norms as relevant to them? So it’s entirely subjective.

People who want to be so defined. I think people should be able to be who they want to be

The intention here is to be “inclusive.” But inclusive definitions miss the point. The way you define something is to state criteria that enable you to distinguish between things that qualify and things that don’t. A prime number, for example, is “a number that has no divisors but itself and one.” That excludes really rather a lot of numbers: six (two times three), say, and 71,417,010 (12,785 times 5,586). It’s not those numbers’ fault, and it doesn’t mean that they’re not nice numbers. They’re very nice. They’re just not prime.

A useful shorthand for the entanglement of femininity and social status regardless of biology—not as an identity, but as the name for an imagined community that honors the female, enacts the feminine and exceeds the limitations of a sexist society.

This one starts with stereotypes (“femininity”), and then degenerates into word salad. What has “social status” got to do with anything? Can you be too posh, or too powerful, to be a woman? Or does it mean something else? Why is the community of women “imagined”? Who is “honouring the female”—the woman we’re defining, or someone else? What if whoever’s supposed to be doing the honouring doesn’t? If “women” are people who “enact the feminine,” what about female people who aren’t at all feminine?

Many people identify as women. However, what this means varies a great deal depending on their other intersecting attributes. It is important not to assume, for example, that being a woman necessarily involves being able to bear children, or having XX sex chromosomes, or breasts. Being a woman in a British cultural context often means adhering to social norms of femininity, such as being nurturing, caring, social, emotional, vulnerable, and concerned with appearance. However, of course not all women adhere to all these things. For example some neurodiverse women (on the autistic/aspergic/ADHD spectrums) may struggle to express emotions, or with social situations. In some northern working-class contexts femininity is associated with strength and aggression. As always an intersectional understanding is vital and we need to be mindful that what is culturally regarded as the epitome of femininity is white, middle class, youthful, non-disabled, heterosexual, cisgender, and thin. This strongly shapes all women’s experiences of womanhood

— British Association for Counselling and Psychotherapy

Listing all the ways this is offensively wrongheaded would take weeks. So I’ll just mention one. Imagine that your brain has been so rotted by gender studies and queer theory that you genuinely think it reasonable to offer this collection of tired sex stereotypes as a definition of woman. Now suppose you decide that you really had better nod to the fact that they are not a perfect fit for every single woman—and the first example that comes to your mind is… women with autistic disorders. Seriously?

Every woman is a woman. Women are multifaceted, intergenerational, international. They are limitless, formless… women are the world

Read many of these, and you can’t help noticing that words such as “limitless” come up a lot. That comes partly from a desire to sound profound and inclusive (see above). But it also has to do with the postmodernist mania for “deconstructing binaries.” A binary is a pair with an inbuilt hierarchy, like man/woman (to choose a non-random example) and to deconstruct it you must demonstrate that the second, supposedly subordinate, category in fact dominates the first. This is meant to be liberating, but in a destroy-the-village-to-save-it kind of way, since it means stealthily redefining that second category to include the first—in other words, blowing it wide open.

You will generally notice that the category “man” keeps its meaning. I wonder why?

Helen Joyce is a London-based journalist who is writing a book about gender-identity ideology. She tweets at @HJoyceGender.

Featured image: A fragment of ‘Eve,’ by Pantaleon Szyndler, 1889.