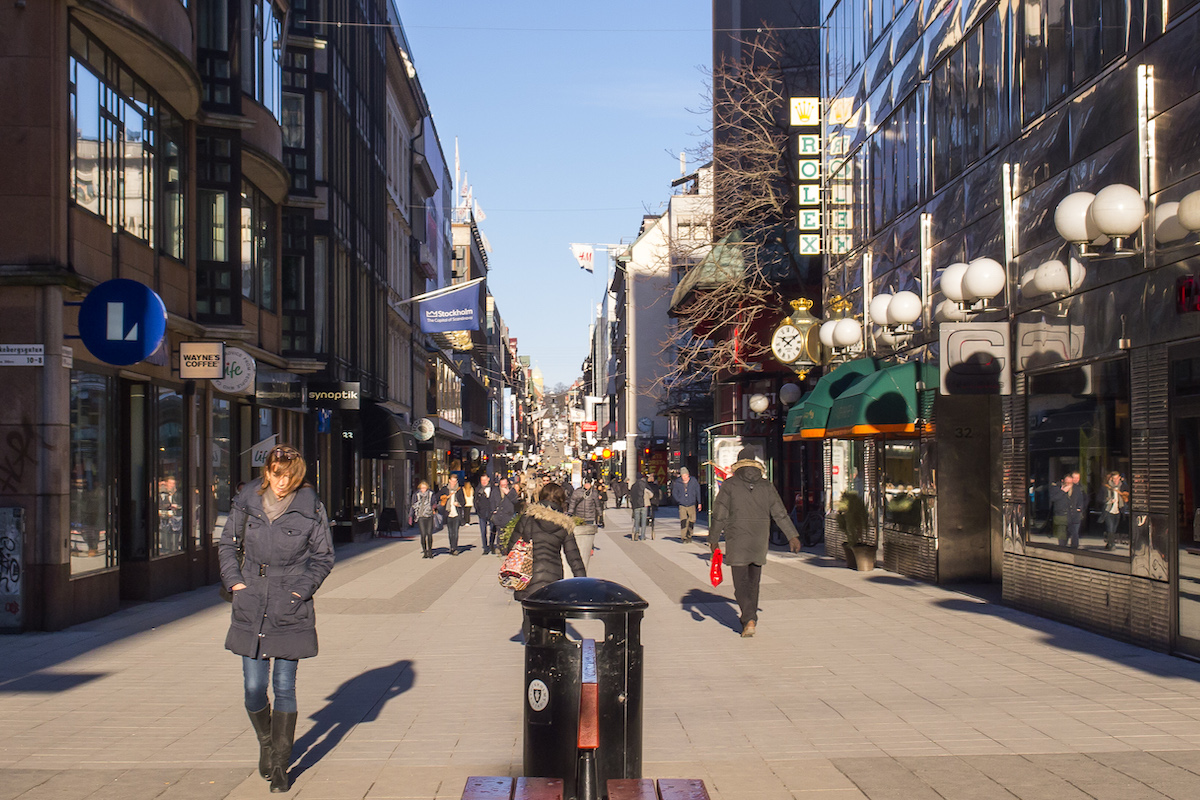 “Be like Sweden,” has become an unlikely rallying cry among libertarians, free-market liberals and other proponents of individual liberty around the world in the past few weeks. From outlets like National Review and Reason, to Bill Mitchell and Fox News’ Tucker Carlson and Laura Ingraham, the Swedish government has been praised for its decision not to impose a COVID-19 lockdown, instead leaving it up to citizens to decide whether and how to practice social distancing.

Here in Sweden, where I live, schools and stores are open, and sidewalk cafés remain bustling in the midst of the pandemic. To be sure, there are restrictions. Only recently, a few Stockholm bars were temporarily closed by authorities for violating the new social-distancing requirements. But limits on crowds have been set at 50 people—far above the limits in most other European countries—and the government mostly relies on recommendations rather than mandates.

As a result, we’re repeatedly told by international free-market proponents that Sweden has struck a sounder balance between disease control and individual freedom. In a widely shared article, for instance, a National Review writer claimed that “Sweden has courageously decided not to endorse a harsh quarantine,” and that it is “refusing to panic.”

It may indeed seem puzzling: Sweden is a country known for the imposing size of its state sector and some of the most intrusive social policies in the Western world. Though sidewalk cafés are crowded, lighting a cigarette here is illegal, not to mention bringing your drink when you slip out of a bar for a smoke.

So how did Sweden suddenly become a model of libertarianism? In fact, it didn’t.

The Swedish strategy, devised by a team of government experts headed by chief epidemiologist Anders Tegnell, rests on the assumption that COVID-19 cannot be contained, and that other international experts are overestimating its fatality rates. Herd immunity is viewed as the inevitable end point, and it is assumed that such immunity can be achieved relatively quickly and at a cost in human lives that will not be too high.

“We have been a bit careful [about] the words [herd immunity] because it can give the impression that you have given up, and that is not at all what this is about… We will not gain control of this in any other way,” Tegnell explained in an interview in March.

Asked about the estimated 60 percent share of Sweden’s 10 million citizens required to achieve herd immunity, he explained: “Even if it sounds like a lot, it might be that [only] one of those 60 percent get really sick and maybe five or six who will need healthcare. If those five-six percent can be smudged out over six-eight-ten-twelve months, then it is possible for the healthcare system to handle [it].”

This is a controversial topic, one that is the subject of intense debate among epidemiologists around the world, and even within Sweden itself. Among the Swedish public, however, the country’s state epidemiologists are perceived as authoritative.

But although Sweden has chosen a policy that is relatively lax with respect to the spread of the virus, it is far from libertarian in its implementation. Sweden has not just decided to keep primary schools open during the pandemic: Sending children to school is mandatory, even now, and homeschooling remains illegal. (Sick children can stay home. But the Swedish Public Health Agency, the government body responsible for the country’s response to the pandemic, has emphasized in recent weeks that primary school is still mandatory for all children who don’t show any symptoms.)

In Sweden, homeschooling is viewed as a violation of children’s right to participation in public life, and possibly an indication of abuse. Ultimately, keeping children out of the school system is an offence for which parents can be separated from their children. No one has had their children taken from them during this crisis, and it isn’t likely that anyone will, but schools are threatening parents with messages like this one, from a principal in southern Sweden: “Those healthy children who do not come to school violate the law and after a longer period of inexcusable absence you will be called to a meeting with the principal, thereafter the social services may be contacted.” Other schools are currently repeating the same message: If you keep your child at home, you risk being reported.

Though polls show that most Swedes trust the state consensus, a minority would prefer to have their families self-isolate, but cannot because they risk intervention from social services. Imagine being a Swedish parent who belongs to a high-risk group, and to face the choice between possibly contracting the virus through your child’s school, and that of being reported to the authorities for the offence of homeschooling.

Even though Sweden has taken a path that is extreme compared to virtually all other EU countries, there is limited overt political opposition, and scientists who have criticized the strategy have been victims of vicious attacks on their characters, and are rejected at public events. The rector at a leading Swedish university even saw it necessary to declare in a blog post (available in English) that employees who had publicly criticized the government’s COVID-19 response would not be censored for doing so. That he even saw a need for such a public statement is telling of the current mood in the country.

Sweden’s COVID-19 death rate hovers high above that of other Nordic countries, which have chosen a more restrictive strategy. As of this writing, Sweden has 22 deaths per 100,000 citizens—more than five times as many as Norway (four per 100,000) and three times as many as Denmark (seven per 100,000), even though all three countries saw their first fatalities on roughly the same date. But collectivism is deeply ingrained in Swedish culture—for good and ill—and many view it as bad form to question the authorities in the midst of a crisis.

Ebba Busch Thor, leader of the Christian Democrats opposition party and usually a fierce critic of the Social Democratic and Green government, put it in military terms when she declared her support for the prime minister: “This is not a time to question the commander in charge.”

Meanwhile, the Swedish government has discussed legislation that would result in an unprecedented power grab. It also has chosen to use its support programs in response to the economic crisis as a means to boost union power, such as by favoring companies that have signed collective agreements with workers’ unions.

Ultimately, the issue comes down to the Swedish strategy to allow the virus to spread until herd immunity is attained. One may or may not agree with such a strategy. But for a government to decide that more than half of the population is to be infected by a virus such as COVID-19, and in effect to prohibit families with schoolchildren from opting out of the herd, hardly rings of individual freedom.

Paulina Neuding is a journalist and a columnist at Quillette. She lives in Stockholm, Sweden. Follow her on Twitter @paulinaneuding.