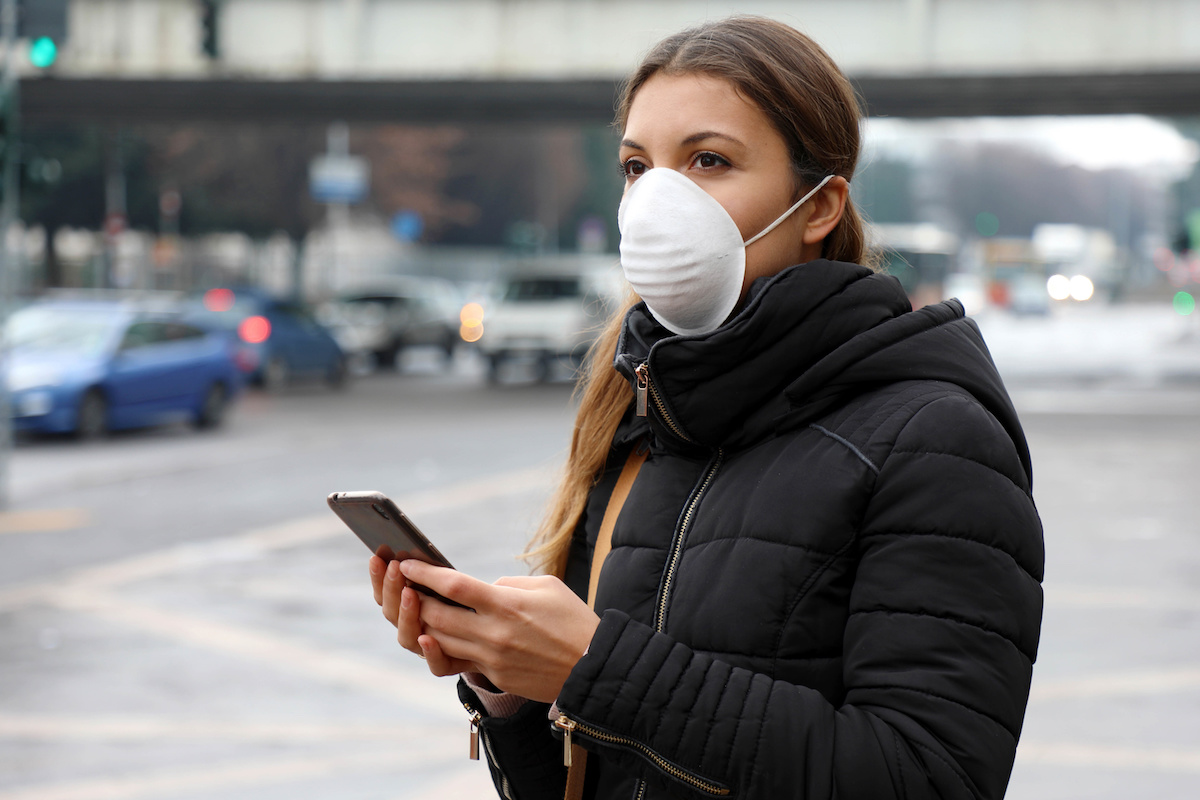 COVID-19 Total Deaths per million. (Source: Our World in Data May 4th)

The butcher bills fortnightly. Two weeks of inaction or delay in the face of COVID-19 can kill thousands. The banker moves at a more leisurely pace, billing quarterly. Most businesses can survive without revenue for a fortnight. Fewer can survive one quarter let alone three or four without income.

“Stay home: Save lives” is the message promoted by New Zealand’s prime minister Jacinda Ardern, the Western leader whose response to COVID-19 has been among the most successful. The secret of this success? Ardern also adopted an approach of “Go hard: Go early” and has consequently suffered far fewer fatalities per capita than countries that dithered or delayed imposing restrictions. But minimizing the butcher’s bill runs up the banker’s bill, and the banker’s bill is growing. As soon as the relevant offices emerge from lockdown, there will be insolvencies and liquidations. Some businesses will not re-open at all. The longer lockdown continues, the greater the number of businesses forced to close, and the more jobs lost. To avert widespread economic collapse, governments have been handing out wage subsidies and bail-outs to keep businesses afloat.

Extraordinary circumstances call for extraordinary policy measures. If there is a way to reduce both the butcher’s bill and the banker’s bill, then governments are justified in mandating it. Recently, an Oxford team published a paper in Science which found that the spread of COVID-19 was “too fast to be contained by manual contact tracing but could be controlled if this process was faster, more efficient and happened at scale.” The authors therefore make the case for a contact tracing app. Its main feature would be to store data on proximity contacts and sound an alarm if a contact has been tagged as testing positive. The authors argue such an app can “achieve epidemic control if used by enough people,” and that 60 percent take-up would be enough. That may be, but 100 percent would obviously be better. The functionality is shown in the figure below.

Their app design uses GPS and QR codes in places where GPS would be ineffective (such as underground train stations). Other proposed app designs rely on a Bluetooth “handshake” (automatic connection between devices which have Bluetooth detection enabled) rather than location data. In essence, a GPS and QR based solution works by tracking location. If two people are at the same location and one of them has tested positive for COVID-19, the app carried by the other can receive an alert based on a search of location history. With a Bluetooth solution, the app does not record where you are, it merely says one phone was within Bluetooth range of another. So, if a Bluetooth device finds itself in close proximity to a phone belonging to an infected person, an alert can be sent to the user who may have been exposed to them. The app does not need to identify the infected party, it need only say: “You have been close to someone who has tested for COVID-19. Call this number.”

China required installation of a plug-in to Alipay or WeChat. It provides a red/amber/green indicator function. To get into a high traffic public space (for instance, a shopping centre or a train station) it is necessary to present a phone displaying a green indicator. The Science paper provided a cautionary link to a New York Times article that reported complaints from people who did not know why their phone was showing red. The Chinese app may be badly designed but one would think a well-designed app would provide a number to call for information about what to do when an amber or red indicator is displayed. An adequately staffed response team would be an essential part of such an application.

An efficient app of this kind would enable a society to reopen businesses and return to something approaching normal economic life while keeping the risk of infection low. New COVID-19 infections could be targeted with technological precision rather than the blunt instrument of mass quarantine. The catch is that, if such an application is to work optimally, everyone must use it, at least in high-traffic areas, and this use will have to be enforced. Why trust, when you can verify? Many shops already screen their customers for tagged goods as an anti-shoplifting measure at their entrances and exits. What is so terrible about a phone-based screening at the entrance of a shopping mall? Given a choice between closing the mall to everyone or opening it and refusing entry to a few with an alert on their app, which is better?

In the figure above, if A is not carrying the right app, B and C will not get a test request. Making the app voluntary is like fighting a fire with a leaky bucket. If half or three-quarters of the population do not install it, it simply will not work. So, the moral argument is simple—making the app mandatory will maximize the precision of the government’s quarantine measures and minimize the need for mass lockdowns which are indiscriminate and economically ruinous. If it works, it can keep both the butcher’s bill and the banker’s bill down. Under these circumstances, making such an app mandatory is a fair and reasonable policy option for governments.

The case against such an app is mostly based on Big Brother arguments. People worry about the creation of a “surveillance state” and privacy violations. They argue that everyone should have the right to move freely from place to place and meet whoever they want without a government app tracing their location via GPS and their close contacts via Bluetooth. Opponents of a contact tracing app argue such apps will become normalized and one’s green/amber/red status will be a slippery slope towards something like China’s social credit system. Those tagged amber or red for whatever reason will be turned into social pariahs and excluded from all forms of normal social life. Such concerns strike me as exaggerated. Quarantine is a temporary medical measure.

There are legitimate doubts about the efficacy of such apps. As yet, they have not been tested properly in the West because downloads thus far have been voluntary. But suggestions that “there is no evidence” these apps work are premature. While the necessary experiments have not yet been conducted in open and democratic societies, they worked well in China where the government made adoption of these apps mandatory for anyone wishing to catch a train or enter a mall. Despite its immense population and high population density, China’s reported death rate per capita is now a fraction of that in the UK and the US. The Chinese Communist Party certainly operates an abysmal regime, but a policy initiative is not necessarily inadvisable simply because a one-party state adopts it. Even if the Chinese are massaging their numbers and under-reporting by one order of magnitude, Xi Jinping’s amended butcher’s bill of 30 fatalities per million still compares favourably with Donald Trump’s bill of 204 and Boris Johnson’s bill of 419.

Some critics may object that traditional human-centred contact tracing is better. A phone call from one person to another to quiz them about the last time they met a person can extract information that might contextualize a contact with an infected party and alter the consequent risk assessment. Contact tracing apps certainly cannot replace existing manual methods, but automation can assist and accelerate them. This is the main epidemiological argument made by the Oxford team. Contact tracing apps, targeted alerts, testing, and self-quarantine can help reduce the rate of COVID-19 infection at scale without continuing to subject the entire population to an indiscriminate, prohibitively expensive lockdown.

The Big Brother arguments suppose democratic governments will sink into authoritarian despotism due to location tracing and contact tracing. On this point it is worth being blunt. The organisations that really know exactly where we are and what we are thinking in real time are transnational firms like Google and Facebook, not democratic governments. More to the point, governments can already track mobiles—without any apps on them at all—using network triangulation. While this is tens of metres less accurate than GPS, governments have been able to track phones used by criminals and terrorists for over two decades. This is why drug dealers change their phones daily and terrorist leaders do not carry them at all.

The epidemiological arguments for an app centre on the functions of contact tracing and prevention. Prevention (on the Chinese model) requires a green light on the device based on lack of contact to get into high traffic public spaces. If most contacts don’t show on the app due to low take-up, the functions of prevention and contact tracing are compromised. The main argument against a voluntary app is lack of efficacy due to lack of take-up. Neither Singapore nor Australia has yet to achieve sufficient adoption (60 percent plus) for such an app to be effective. To encourage co-operation and to allay fears, it is critical people are told what the app does and why. In particular, they need to know there is a number to call if they get a red or amber indicator and they need to be provided with clear steps that enable them to get back to green. There should be bipartisan oversight and the app should be set up as a temporary measure for the purpose of combating COVID-19. A mandatory app deserves a rigorous trial in at least one large democratic state. This is a matter of epidemiological science not politics.

The Oxford team suggested people should be “democratically entitled” to decide whether or not to carry such an app. Frankly, this is timid. There is no “democratic” right to opt out of quarantine measures. The death rate in Europe is appalling. Even so, if people would rather stay in lockdown than install a contact tracing app, they can remain free to do so. During a pandemic, people should not have unfettered rights to be asymptomatic super-spreaders. Nor should they have rights to move around as normal without observing reasonable quarantine restrictions and checks. A few counter-pandemic bytes will not tip democracies into dictatorships, and when nations are able to emerge permanently from lockdown, the app can be shut down. Such a measure could save lives and save jobs. And this is self-evidently better than saving lives and killing jobs.

Sean Welsh holds a PhD from the Department of Philosophy at the University of Canterbury in New Zealand. He is the author of Ethics and Security Automata, a research monograph on machine ethics. Follow him on Twitter @sean_welsh77.