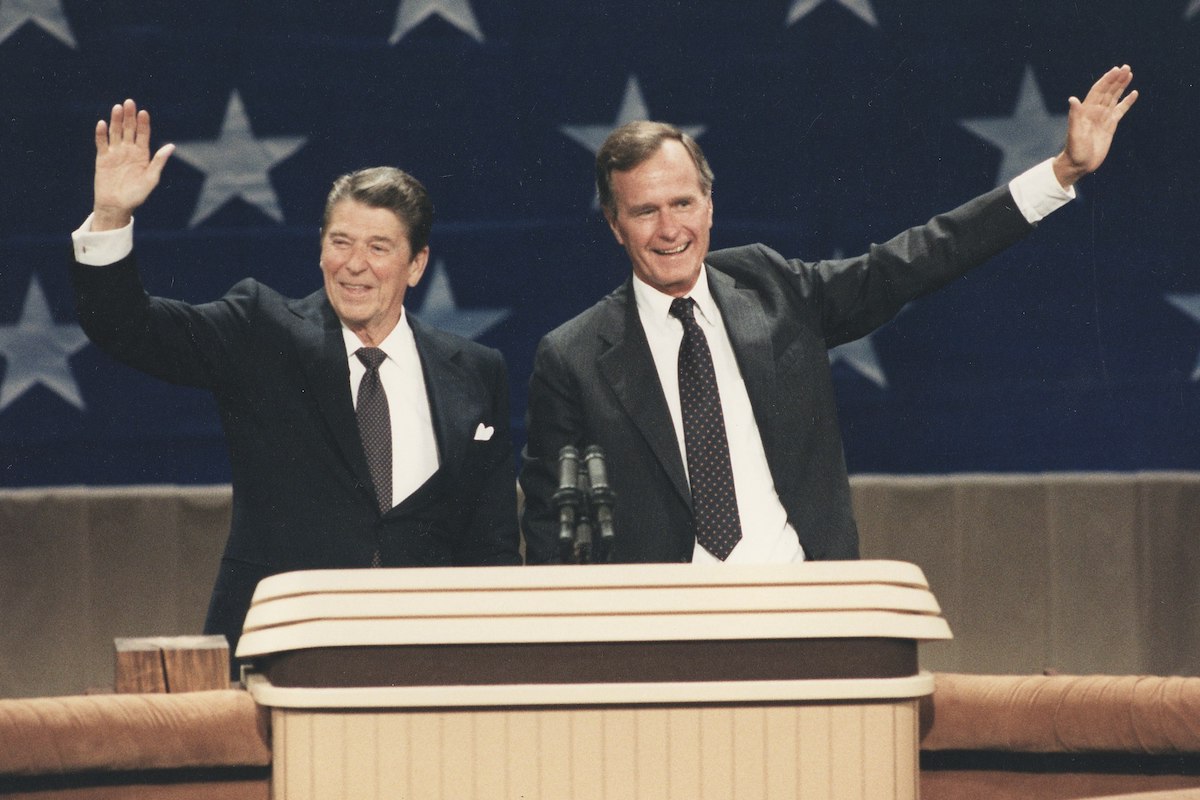 A big problem with the mass immigration that began in the United States in the 1970s was that it bred inequality. Its role in creating the highly stratified American social structure of the twenty-first century was as significant as that of other factors more commonly blamed: information technology, world trade, tax cuts. In 1995, the economist George Borjas, writing in the Journal of Economic Perspectives, modeled the actual effects of immigration on Americans. He found that while immigration might have caused an increase in economic activity of $2.1 trillion, virtually all of those gains—98 percent—went to the immigrants themselves. When economists talk about “gains” from immigration to the receiving country, they are talking about the remaining 2 percent—about $50 billion. This $50 billion “surplus” disguises an extraordinary transfer of income and wealth: Native capitalists gain $566 billion. Native workers lose $516 billion.

One way of describing mass immigration is as a verdict on the pay structure that had arisen in the West by the 1970s: on trade unions, prevailing-wage laws, defined-benefit pension plans, long vacations, and the power workers had accumulated against their bosses more generally. These had long been, in most people’s minds, excellent things. But Republicans argued that private business, alas, could not afford them, and by the 1980s they had won the argument. Immigration, like outsourcing and tighter regulation of unions, allowed employers to pay less for many kinds of labor. But immigrants came with other huge costs: new schools, new roads, translation (formal and informal), and health care for those who could not afford it. Those externalities were absorbed by the public, not the businessmen who benefited from immigration.

Naturally businessmen preferred this arrangement to the old one, which had involved paying expensive benefits to an entitled, querulous, native-born, and sometimes unionized workforce. Investment bankers preferred it, too. Their decisions on what to fund and what not to fund added impetus to the transformation of the economy. Sectors in which low-wage newcomers dominated (restaurants, landscaping, construction) began to crowd out sectors in which they did not (mostly manufacturing and local retail). Now immigration was the economy.

It was an extraordinary subsidy. Extraordinary things were done with it. For the class of people in the lee of immigrant competition—a class to which, at the time, virtually all politicians, business owners, financiers, and journalists belonged—the changes brought by low-cost service labor and low-cost imported goods seemed like an outright miracle. Immigrants caused a revolution in the way Americans ate—more because of the new savings that could be had from immigrant labor than because of the cuisines immigrants brought. (That is, Starbucks is as much a creation of the immigrant economy as El Taco Rico.) Inexpensive landscape gardeners made possible an explosion of golf courses and an extraordinary beautification of the country’s suburbs. The drab lawns of the 1970s, treeless and bordered by cracked cement driveways and boxy, scratchy hedges—these were now replaced, even in middle-class neighborhoods, by bowers of shady willow and laurel, hydrangea bushes in half a dozen colors, and thousands of varieties of daylilies.

Outsourcing was a similar windfall. Sending manufacturing jobs abroad offered consumers all the advantages of heavy industry and none of the pollution. Americans could now have blue herons plashing and pecking in their streams and hawks swooping off their rooftops as if the Industrial Revolution had never happened—and no one would have to give up the power mower in his garage. Pollution continued at the same rate, of course: It just involved deforesting Brazil instead of pouring bilge into Lake Erie. And it would be years before people began paying attention to the cost of permanent underemployment outside the country’s globalized cities.

The country outsourced repression along with jobs. Americans could get goods from authoritarian China more cheaply than from Western societies, with their trade unions and wage laws and workplace regulations. Many of the so-called developing countries did handsomely under globalization.

If we were judging open immigration and outsourcing not as economic policies but as U.S. aid programs for the world’s poor, we might consider them successes. But we are not. The cultural change, the race-based constitutional demotion of natives relative to newcomers, the weakening democratic grip of the public on its government as power disappeared into back rooms and courtrooms, the staggeringly large redistributions of wealth—all these things ensured that immigration would poison American politics right down until the presidential election of 2016.

The quest for a new elite

Once inequality reaches a certain magnitude, those who have, rule. Not everyone is troubled by that. “Observe Reagan’s futile attempts to arouse the country by some sort of inspirational appeal,” said Ayn Rand in one of those college speeches she made in the last months of her life, when she was so nervous about the future of capitalism that even backwoods religion struck fear into her.

He is right in thinking that the country needs an inspirational element, but he will not find it in the God-family-tradition swamp. The greatest inspirational leadership this country could ever find rests in the hands of the most typically American group: the businessmen. But they could provide it only if they acquired philosophical self-defense and self-esteem.

At the time, the idea that anyone might look up to entrepreneurs and captains of industry sounded like a joke. If you asked before the Reagan administration who the greatest seers into the soul of mankind were, even a young man in business school would probably have replied: Poets. Or: Philosophers. The world’s moguls were unbalanced, insane, and unenviable. Who would want to be Howard Hughes or John Paul Getty?

But in the 1980s, economic titans began to write autobiographies again, as if they had lessons to teach the public. They were mostly corporate executives, like Lee Iacocca and Jack Welch. One was a New York real estate developer who described his calling as “the art of the deal.” And some were bankers. Time magazine ran a notorious cover in February 1999 describing Treasury secretary Robert Rubin, his assistant, Lawrence Summers, and Federal Reserve chairman Alan Greenspan as the “Committee to Save the World.”

Society took on a Roman aspect. The very rich were held to be cool (Steve Jobs), prophetic (George Soros), or saintly (Warren Buffett). Wealth has never been without its appeal and its power. But it was striking that, more than any generation for a century, and in sharp contrast to its own declared youthful values, the Baby Boom generation revered wealth.

For people without a foothold in the new service and financial businesses, it was harder to make ends meet. At the start of the 1970s, homeowners—often in single-earner families—generally spent two-and-a-half years’ worth of their income when they bought a house. That number began to rise and rise. By 2010, it had nearly doubled. Buying a house now took almost four-and-a-half years of a family’s earnings. People could sense the deteriorating relative position of the working class even before it showed up in the statistics. Wealth was being more openly signaled, and consumers were warned that they were being sorted and tiered. A smugness that had been alien to American culture made a triumphant return. “All it takes is success,” ran an ad for the Gold MasterCard in 1987.

The rich had become different once again. Upper-middle-class people stopped drinking the water that came out of their taps and began buying it bottled, from stores. The Jeep Cherokee was brought to market in 1984 as the first modern “sport-utility vehicle.” SUVs would be regulated not as cars but as “light trucks,” allowing them to circumvent regulations drawn for a more democratic age. Other than SUVs, domestic cars outright disappeared from the wealthiest American neighborhoods. Rich people drove BMWs, Audis, and Lexuses. You could tell you were among hoi polloi when you saw a lot of Pontiacs and Fords and Chevys parked on the street.

A culture of ambition and striving was developing. People learned from business gurus about how to take “power naps” and “power walks.” Businessmen wore two-toned, white-collared shirts (which they called “power shirts”) with pink, margarine-yellow, and salmon-orange ties (which they called “power ties”). What made those ties power ties was that they were effeminate. They displayed that the men who wore them were too high up the corporate or social pecking order to be safely snickered at.

The Reagan administration’s model of deficit financing was like the business deals that were going on at the same time. Leveraged buyouts, which spread across the business world in the 1980s, involved borrowing against the assets of a company you didn’t own in order to buy it—at which point the borrowed money could be paid back by a combination of superior efficiencies (which often did not materialize) and pitiless sell-offs (which always did).

This meant that financiers had to become more like politicians. They had to tell a story to convince the public they were advancing progress, not stripping assets. The economist and businessman Louis Kelso, who, like Lewis B. Cullman and many others, claimed to be the inventor of the leveraged buyout, always described his financial innovation as a kind of shareholder democracy. Boardrooms were now the place for “activists”—fighters and crusaders who wanted to earn billions, fix world hunger, or preferably both at the same time.

Corporations, too, began to campaign for themselves as politicians always had. Apple rolled out its IIc model in 1984 with a series of twopage magazine ads that were longer than the articles they interrupted. “The newest member of the Apple II family,” one began, “has its own reasons for being.” But such ads were now explicitly political, too. Increasingly they presented the company under discussion as being in the Making-the-World-a-Better-Place Business. “Barbie: The Doll Dreams Are Made of,” ran one 1986 ad showing the doll in an astronaut suit. It would be sexist not to buy it.

Companies were even ready to do some of the regulatory work that had heretofore been thought government’s business. “Starting April 23,” announced one 1988 ad, “only Northwest Airlines will prohibit smoking on all flights starting in North America.” The ad ended with what, to the culture of ten years before, would have been a bizarre spectacle: a planeful of rich-looking businessmen with their power shirts and owl eyeglasses, applauding and guffawing as if they were people whom Americans might envy and emulate.

Up-and-coming businessmen like these were seldom Reaganites. They didn’t appear even to like Reagan. Why should they? Those profiting most in the 1980s were not, as Reagan’s oratory implied, government-hating small-town loners dreaming big. Nor were they cigar-chomping robber barons, as his detractors would have it. Increasingly, they were highly credentialed people profiting off of financial deregulation and various computer systems that had been developed by the Pentagon’s Defense Advanced Research Projects Agency (DARPA) and the NASA space program. They were not throwbacks to William McKinley’s America but harbingers of Barack Obama’s. They were the sort of people you met at faculty clubs and editorial-board meetings. Their idea of what constituted a shining city on a hill was different from the one held by the president who enriched them. A new social class was coming into being that had at its disposal both capitalism’s means and progressivism’s sense of righteousness. It would breathe life back into the 1960s projects around race, sex, and global order that had been interrupted by the conservative uprisings of the 1970s.