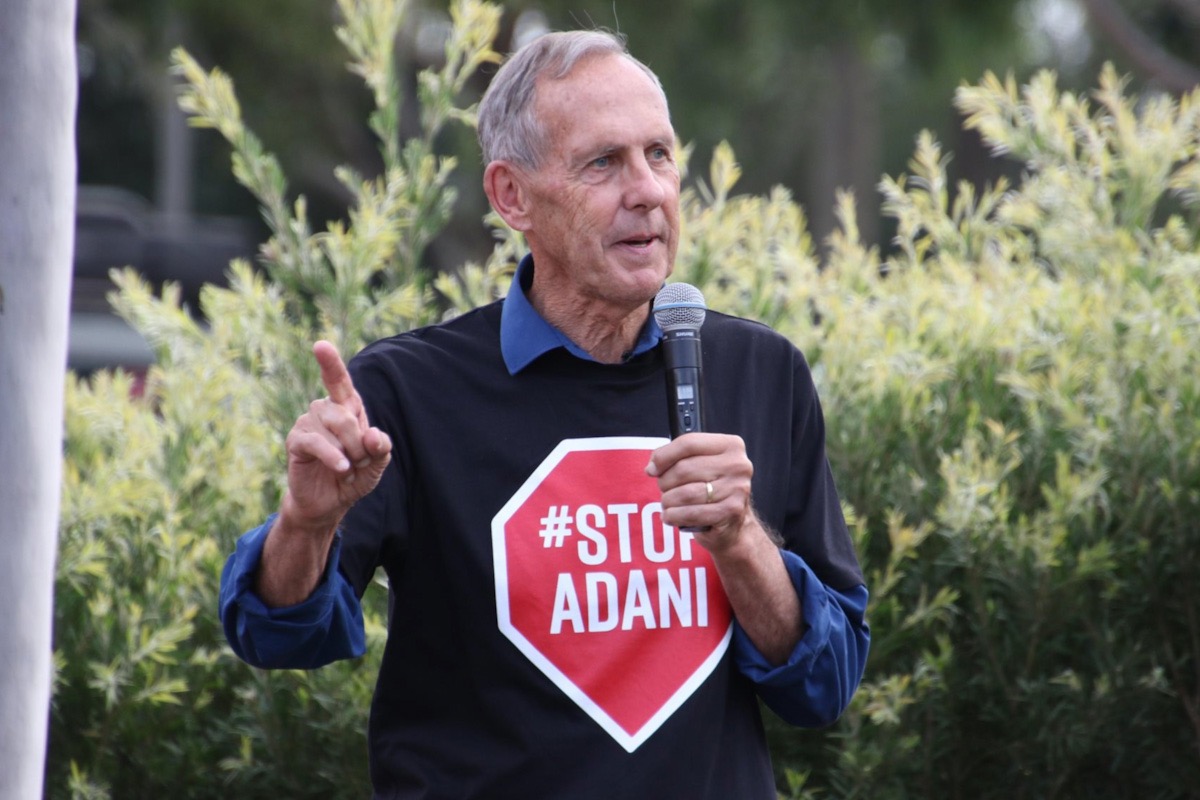 On June 18 this year, climate change demonstrators glued themselves to a main street in the centre of Brisbane, Australia, protesting what they regard as a climate emergency and voicing their objection to the recent approval of the Adani coal mine in Australia’s Galilee basin. Their protest caused major disruptions to business distric traffic and has continued with a series of deliberate actions to block inner city streets and cause as much congestion and disruption as possible.

Their moves started almost a month to the day since the national “climate change election” clearly resolved that the mood of the Australian electorate was not on the side of the climate protestors—at least not to the extent proposed by the more radical elements. (In fairness, there were other significant election issues, but having claimed this as “the climate change election,” those same political groups now need to stand by the results).

The Australian Labor Party, which promised a sweeping range of climate initiatives, recorded its worst showing in decades with just one in three votes.  In the resource rich state of Queensland—with Brisbane as its capital—the Labor vote fell to just one in four. In regional Queensland, traditionally blue-collar seats turned. Labor no longer holds any Federal seats north of Brisbane. Famously, Greens Party founder Bob Brown led a convoy of climate protestors north during the election campaign deep into resource seats of central Queensland—and was roundly rejected. If anything, their actions only aided their opposition. Nationally, the Greens failed to record much movement in their vote, eking out a 0.2 percent swing to record 10.4 percent of the primary vote. This was despite a very active and very high-profile campaign on climate issues that was also anti-coal, anti-Adani, and pro-renewables. The extent and profile of these issues was something we haven’t seen from a campaign in the lead up to a Federal election since the days of the Franklin Dam protests in Tasmania in the early 1980s. To say that coal, Adani and the climate were high profile issues in the last election is an understatement.

But being resoundingly rejected by the Australian electorate appears to make little difference to the strategies or determination of these groups. Far from being deterred, Bob Brown is now seeking to raise half a million dollars to establish a training camp for agitators, in defiance of electoral outcomes or due policy process (the Adani mine was approved after five years of delays and after passing rigorous environmental and economic assessments at State and Federal level).

“So far activists have helped to delay, disrupt and reduce the size of the Adani mega mine for over five years. Now is the time to come together and stop it for good. Mass civil disobedience is our last position to stop Adani in one of the biggest environmental battles in Australian history,” says the website raising funds for Brown’s activist training camp. No mention of the election result. (After two weeks, the fund had raised just over $26,000 of the $500,000 target).

The issue is not so much about the heated issues of climate politics but, rather, questions about the purpose and function of democracy itself. The rise of social media means that a limited number of academics, industry bodies or professional groups can promote almost any agenda, however obtuse, gain slightly wider support online, and create the appearance of significant authoritative status. Confirmation bias, the selection of opinions or information that support preconceived notions, is flourishing on the internet.

These groups increasingly see the ballot box as little more than a test of populism, or as evidence of an ignorant electorate (that being one which doesn’t agree with a particular agenda or point of view). Post-election, the entire state of Queensland was ridiculed by some as a backwater of rednecks. Many mockingly proposed a ‘Quexit’ separation from the rest of Australia, ignoring the fact that the swings in Queensland were not much greater than elsewhere in the country. The voters were blamed for making a mistake. The democratic outcome, in the eyes of some, was an error.

It’s for similar reasons that other issues of public policy are increasingly regarded as the domain of ‘experts’ not fit for democratic judgement by the people. For example, a rapidly growing urban population is widely supported by the professional class despite the obvious strain on the urban infrastructure of cities such as Sydney, Melbourne and Brisbane. The solution proposed by the professional class is for ever-increasing urban density in the form of high-rise apartments in the urban cores, and medium density housing elsewhere. But if polls are to be believed, continued growth has limited support across the electorates most affected.

This vision of the future of urban settlement in our major cities was described by the Planning Institute in 2018 thusly: “We’ve got a great challenge to ensure that we don’t end with megacities like Lagos or Manila. We want Tokyos, Parises, and New Yorks—and we can do that by planning well.”  Any local, state or federal government candidate proposing a Tokyo- or New York-style urban form for Australian cities would not expect much support at the ballot box. (They might have better luck with Paris, but that city’s appeal as an urban model might find more support in Melbourne’s Brunswick, Sydney’s Redfern or Brisbane’s New Farm, while still being rejected in middle- and outer-suburbs.) Proposed policy directions take little heed of community support, or the lack of it.

In Brisbane, community rejection of townhouse-style developments encroaching on detached housing neighbourhoods saw the City Council respond by banning further encroachment. The community resistance, no doubt loudly and directly expressed to any number of sitting Councillors, has been rejected by a number of professional planners as shortsighted or misguided. But rather than seek to win the public hearts and minds using arguments and examples in favour of this style of housing, they are blaming the Council for limiting housing choice. This is, in effect, blaming democratically elected officials for responding to democratically expressed views.

The issue of private motor vehicles use is another area of pubic policy where professionals and experts promote minority ‘solutions’ which have little public support. High vehicle taxes, road user charges, limited carparking, ‘road diets,’ and other policy levers designed to pry us away from the most convenient form of transport available for many, might be measures toasted in academic and professional circles but are highly unlikely to win public support at the ballot box. Democracy, once again, is an inconvenience to be overcome if the solution proposed by the experts is ever to be applied.

Even what adults choose to eat and drink is likewise subject to a paternalistic “father knows best” attitude. Sugary drinks and fast foods should be punitively taxed and advertising restricted to save people from themselves, we are sagely warned by yet more experts. Meat is bad for any number of environmental, animal welfare or health reasons others will claim. These ideas could not survive a ballot box test, but that poses no deterrence to the proponents. They know best.

Winston Churchill famously recognized democracy’s limitations when he declared: “It has to be said that democracy is the worst form of government except for all the others that have been tried.” While the ballot box outcome may frustrate ardent minority groups or cliques of professionals, it remains a great leveler. For the majority of people, the ballot box is their chance to express an opinion away from the daily noise of political debate on social and mainstream media. “One vote, one value” may irritate those who feel their own vote and opinion has a great deal more value than others, but it’s the best system we’ve got.

Rather than dismissing democratic outcomes or widely held views as ignorant, or planning activist campaigns that disregard the freshest ballot box evidence available, those who seek to change society need to work harder to bring society with them. They need to respect majority views, not deride them. They need to understand the freedoms they have to express and support their own views do not also mean the right to adopt stand-over tactics with those who do not agree, or resort to intellectual bullying of opponents by belittling or dismissing them.

They need to respect that the final decision in any democracy rests with the people. The alternative is a form of modern-day feudalism—something utterly at odds with the values of a free and open society.

Ross Elliott has over 30 years in urban and property policy. Views expressed are strictly personal.