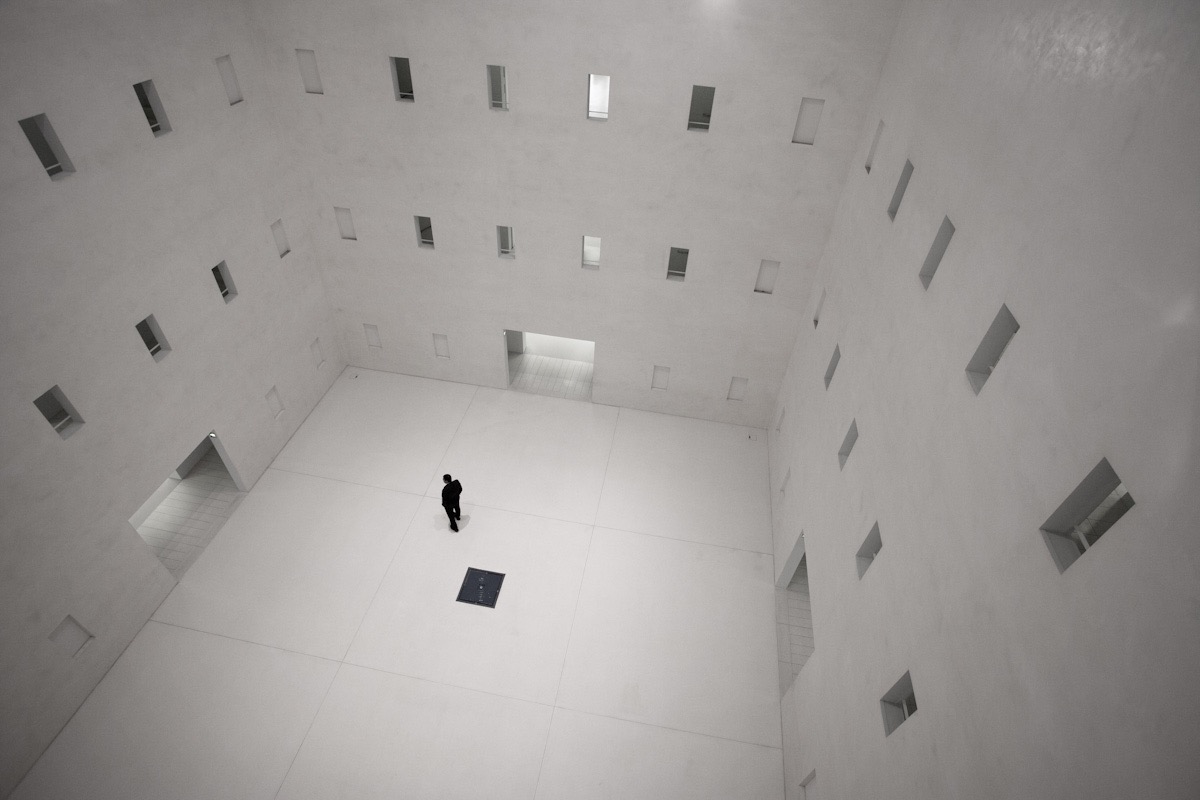 It’s hard to discern the main point of William Edwards’s article The Academic Quarrel over Determinism, as his argument is discursive, confusing, contradictory, and sometimes misleading. In a first reading you may dimly perceive that he has a problem with determinism, and sees the negation of determinism as evidence for free will.

But what does he mean by “free will”? He’s not explicit about it. Since he contrasts it with determinism, it appears that for Edwards free will means our physically uncaused ability to change our decisions so that, at a given moment, we could have done something other than what we did.

And what does Edwards mean by “determinism”? He seems fixated on biological determinism—the view that all our actions are coded in our genes, a “DNA-driven view of the social world,” as well as a vision that “our future…is written in our DNA.” Edwards sees little or no influence of the environment on our actions: “Our trials and triumphs…are encoded in our DNA sequence.” But no biologist is a determinist in this sense, as all of us accept that the environment has a huge effect on our actions.

In fact, philosophical determinists—who reject free will because there’s no mechanism for “decision” that is free of the physical substance of our brain—base their determinism not on DNA but on the laws of physics. Our brains are made of molecules; those molecules must obey the laws of physics; our decisions derive from brain activity; ergo, our decisions are subject not to an alterable “will” but to physical law. QED: no free will.

And you needn’t believe in pure physical determinism to reject free will. Much of the physical world, and what we deal with in everyday life, does follow the deterministic laws of classical mechanics, but there’s also true indeterminism in quantum mechanics. Yet even if there were quantum effects affecting our actions—and we have no evidence this is the case—that still doesn’t give us the kind of agency we want for free will. We can’t use our will to move electrons. Physical determinism is better described as “naturalism”: the view that the cosmos is completely governed by natural laws, including probabilistic ones like quantum mechanics.

Edwards also seems to conflate determinism with predictability: “The future cannot be precisely known or determined from the present.” But this conflation is wrong: a deterministic process can be so complicated—weather patterns are one example—that precise predictions are impossible.

But let’s ignore these problems and see how we can parse a coherent argument from Edwards’s piece. Although he gives no explicit definition, Edwards apparently construes free will, as do most people, as “contracausal” or “dualistic”: we have the ability at any instant to make more than one choice by exercising “will” that influences our molecules; we have a unique ability to overcome the laws of nature.

Edwards’s evidence for this is threefold: there is fundamental indeterminacy in nature; we feel like we have free will; and there are aspects of human mentation, like consciousness, that we don’t fully understand. Let me take these three arguments in turn.

First, as I explained above, any fundamental indeterminism in nature, such as that apparently present in quantum mechanics, doesn’t give us a scintilla of free will. Even if that indeterminism acts in our neurons and can affect behavior, it’s not an effect we can control with our thoughts.

And the feeling that we have free will—Edwards’s second argument—says nothing about the existence of free will, any more than the feeling that the Christian god exists is itself evidence for such a God. There are many subjective feelings that are illusions, and some reasons why evolution might have installed a feeling of agency in us despite the fact that we don’t have it. (For example, those who feel they have agency might have neuronal modules making them work harder, thus securing more rewards—and offspring.)

Finally, Edwards drags out the old canard of the mystery of consciousness—the Argument for Free Will from Ignorance:

Why does [consciousness] exist and what exactly is it? How does something become “aware” of something else? Gödel’s incompleteness theorems indicate that there are truths about numbers that cannot be proven through calculation or computation. In math and physics there are singularities; times and places where all “rules” break down or don’t seem to apply. Is it far-fetched to suppose that conscious choice is real, but rules, processes, and definitions don’t apply?

The answer is “Yes, it is far-fetched.” As the physicist Sean Carroll has pointed out, ditching the laws of physics in the face of mystery is both unparsimonious and unproductive:

. . . in the face of admittedly incomplete understanding, we evaluate the relative merits of competing hypotheses. In this case, one hypothesis says that the operation of the brain is affected in a rather ill-defined way by influences that are not described by the known laws of physics, and that these effects will ultimately help us make sense of human consciousness; the other says that brains are complicated, so it’s no surprise that we don’t understand everything, but that an ultimate explanation will fit comfortably within the framework of known fundamental physics. This is not really a close call; by conventional scientific measures, the idea that known physics will be able to account for the brain is enormously far in the lead.

Arguments from ignorance have repeatedly failed, as one phenomenon after another, initially imputed to numinous, divine, or preternatural causes, has eventually received a naturalistic explanation. Contracausal free will is the modern equivalent of black plague, magnetism and lightning—enigmatic phenomena that were once thought to defy natural explanation but don’t.

So much for Edwards’s arguments in favor of “contracausal” free will. He goes on to suggest that there are salubrious personal and social effects of believing in free will—that we should believe in free will, even if there are no rationally compelling reasons to do so. Edwards says this: “Needless to say, there is substantial evidence that people who believe in free will, or at least believe that they are in control of their own lives, are more prone to exhibit good mental health and productive, ethical behaviour.”

But this is selective citation, as the literature on the effects of accepting libertarian free will is complex and contradictory. Edwards, for example, cites a Psychology Today article about a paper showing that belief in free will increased helping behavior and reduced aggression. Yet those results were contradicted by another study showing that disbelief in free will decreases aggression and promotes kindness. A well known paper supposedly showing that free will decreases cheating was contradicted by a set of four studies showing no association between belief in free will and more moral behavior; its results also failed replication in two other studies. This is not surprising given the weaknesses of such studies, which estimate short-term effects in the laboratory produced by reading selected passages.

The upshot is that there’s no convincing evidence that believing in free will has beneficial personal and social effects. Given that, it would seem premature to promote belief in free will as a social good. Yet that’s exactly what Edwards wants. He says we should believe in free will because the negative effects of accepting determinism on society and our own behavior would be too great. Edwards couches this idea as a form of Pascal’s wager, the claim that we should believe in God because if we’re wrong the penalty is small, but if we’re right, and God exists, we have the huge payoff of eternal life. As Edwards says:

. . . it is worth remembering the well-established relationship between risk and reward, because whether or not we believe in free will may turn out to be the Pascal’s Wager of the twenty-first century. With that in mind, any professional gambler worth their salt should bet on free will. There is just too much about the universe that we don’t understand, and the potential pay-off from agency is staggering.

There are many objections to Pascal’s-Wager-style arguments, not the least being that for many people it’s impossible to believe in something that we’ve rejected due to lack of evidence, regardless of what we stand to gain. I could no more force myself to accept god—or free will—than a tiger could force itself to turn vegetarian.

For many reasons, belief in free will resembles belief in gods, including an emotional commitment in the face of no evidence, and the claim that subverting belief in either gods or free will endangers society by promoting nihilism and immorality. But a commitment to truth compels us to examine the evidence for our beliefs, and to avoid accepting illusions simply because they’re beneficial. It makes no more sense to believe in a numinous “will” that subverts the laws of physics than to accept a god for which there’s no evidence. Any reforms of society should begin by accepting the unalterable truths of nature.

Jerry A. Coyne is Professor of Ecology and Evolution, emeritus, at the University of Chicago, and author of Why Evolution is True and Faith Versus Fact: Why Science and Religion Are Incompatible. You can follow him on Twitter @Evolutionistrue

Photo by Jan Genge on Unsplash.