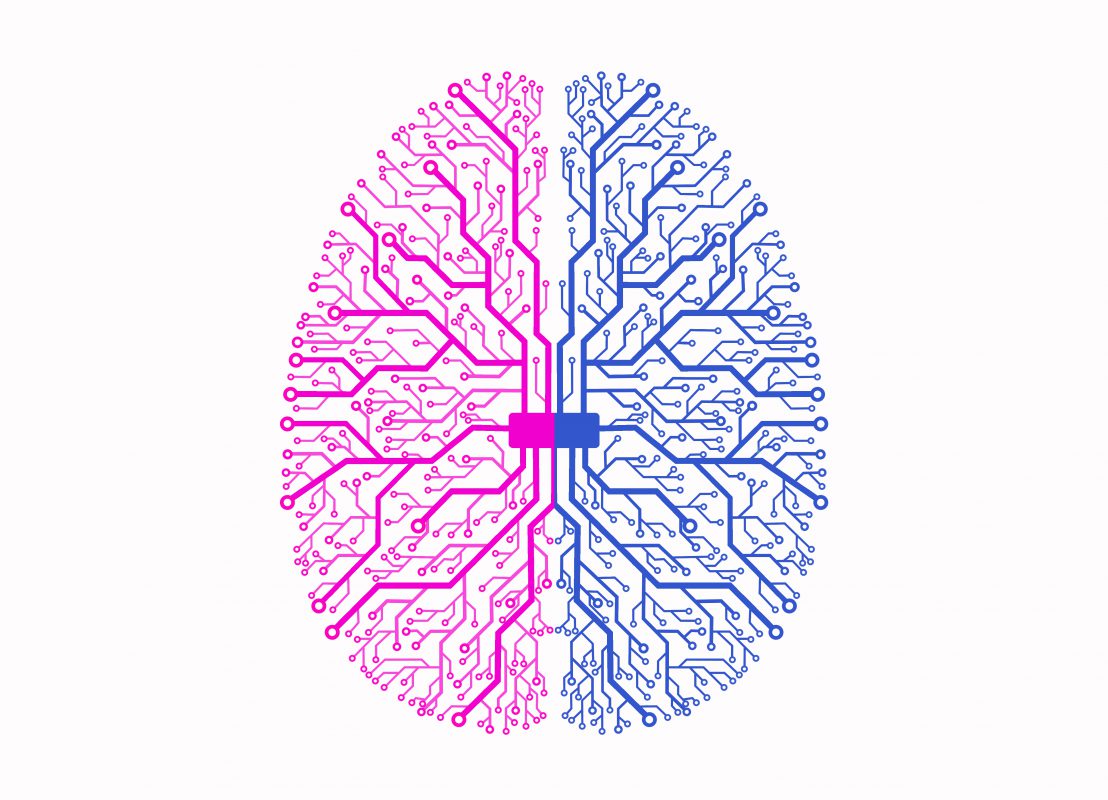 Much like Schrödinger’s unfortunate cat, which is simultaneously dead and alive, manhood and womanhood in our era are held to be simultaneously entirely in the brain and everywhere except the brain. In matters concerning gender equity in STEM, one must profess that the differences between men and women manifest solely in the pelvic and chest anatomy, not the brain. Consequently, if women constitute less than 50 percent of the people studying or working in a field, the only acceptable explanation is sexism, not a difference in the typical preferences of the two sexes.

On the other hand, transgender activists maintain that the distinction between being a man or a woman is entirely in the mind, and a person’s reproductive anatomy is not what defines them as male or female. Whatever a person states about his or her gender identity reflects their authentic inner nature, and may not be challenged. Scholars who raise questions about transgender identity face not only criticism and counterarguments (fair game for anyone making a claim), but also demands that their published work be removed from the written record rather than rebutted in open debate. Increasingly, journal editorial board members and university administrators side with these demands for retractions of articles rather than encouraging reasoned rebuttal, as scholars like Lisa Littman of Brown University and Rebecca Tuvel of Rhodes College have learned.

Now, in many ways, these issues are irrelevant to my work in a male-dominated STEM discipline. I don’t teach anything related to the biology of sex or the brain. My colleagues may or may not have traits that are typical of their respective sexes, but what matters is their competence as individuals, not whether their abilities are abundant or rare in the wider populations of women or men. I have worked productively with transgender scientists, and I don’t need to subscribe to any particular narrative about identity in order to treat them with common decency. So one could see the argument that I should just stay in my lane.

However, my lane is a bit wider than just teaching and research in my specialty. I am involved in faculty hiring and tenure decisions, as well as other operational matters in my university. I serve on committees that conduct some of the work of scientific societies. My colleagues and I are exhorted to consider issues of gender equity and diversity as part of our decision-making processes in these roles. Clearly, understanding the causes of gender disparities is relevant to that work. Additionally, I mentor students who seek guidance in navigating the political and interpersonal minefields of working in science. Finally, my department has hosted speakers who cite questionable statistics on matters related to gender, and these remarks have been presented to students as authoritative. If my department encourages students to accept certain narratives then critically analysing those narratives should be among my responsibilities.

One possible path to reconciliation is that there are indeed personality differences between the average man and the average woman, but those differences are irrelevant to one’s choice of a career path or course of study. (Of course, given the wide variety of personality traits and skills that women and men display, these differences would have to be only statistical rather than essential, i.e. there’s no single trait that is definitive of a man or woman, but certain combinations of traits are far more common in one group than the other. We would then say that a transgender person was born with a brain that is more typical of people born into the other sex.) It would certainly be comforting if gender differences were narrow enough to avoid intersecting with educational and career preferences. It would also mean that nature is no match for nurture in professional and educational endeavours!

Alas, one problem with such a theory is that career preferences surely intertwine with lifestyle preferences and social traits. A job is not just a narrowly delineated set of tasks that one performs before going home to their “real” life. Even a person with a very healthy work-life balance will still spend roughly 40 hours per week at work in most industrialised countries. Assuming a rough average of 8 hours of sleep each night, work constitutes more than a third of an adult’s waking hours, and a non-trivial portion of one’s social interactions. Preferences between working with people or with things, or between the concrete and abstract, will thus loom large in career decisions.

Likewise, a choice of college major is not just about the sorts of classes in which one is likely to perform well. It’s a decision to spend time reading, discussing, and working on a specific area of endeavour. Additionally, many students pursue extracurricular activities tied to their major (e.g. engineering student associations, volunteer work in medical facilities for students preparing for medical school), further deepening the role of a college major in one’s daily life. Thus, a choice of major is a decision about how one will invest a significant amount of time.

So, even if (for the sake of argument) various mathematical, verbal, technical, social, or spatial abilities are evenly-distributed between men and women, people’s personalities and wider interests surely affect how and in what settings they wish to utilize those abilities, and which abilities they wish to emphasize at work. I doubt that gender-associated personality traits would be so fine-grained as to affect a preference between specific subfields (e.g. organic versus inorganic chemistry), but personality could easily affect one’s preference between pure and applied science. Or between natural science and social science. Or between engineering and the health professions.

Consequently, reconciling the two official gender narratives requires threading a needle fine enough to separate matters of personality and identity from preferences for how one spends a large portion of their waking hours. This needle might be easier to thread if gender transitions were entirely medical rather than social. However, transgender women in particular desire recognition as women in professional settings, the arts, in literature, and so forth. Implicit in these requests is an insistence that their transition is as much a social change as a medical one, affecting many facets of their lives and interactions with other people.

(Interestingly, transgender men make remarkably few demands concerning their status as men. One reason is surely that modern Western society has fewer spaces that are explicitly male-only, and those that remain mostly face pressure to admit women rather than expand their concept of manhood. Facing a dearth of explicitly men-only spaces to which they can demand access, some transgender men have actually demanded access to women-only spaces.)

Another prospective way to reconcile these narratives is to say that there is no mental distinction between men and women, that all traits are equally distributed among the sexes, but some people accept social conditioning better than others. In this model, transgender people simply resist society’s pressures and exhibit preferences that sharply violate what is expected from people of their sex. They consequently seek to identify with the sex for whom society’s expectations fit more easily with their own natural preferences for appearance and behaviour.

This second model might explain sex changes by gays and lesbians in Iran (where a sex change means that they are now attracted to the opposite sex, and hence compliant with religious rules), but it would not explain the growing demand for medical and surgical transitions in more liberal Western societies. On the contrary, if transgender people are simply atypical members of the gender that they were assigned at birth, one would expect that, as acceptance grows for people who eschew gender norms, atypical people would feel less need for acceptance as authentic members of the other gender.

Moreover, if all sex/gender differences arise from social pressures to deviate from what people would be in the absence of sexist conditioning, then the only truly free people are non-binary and genderqueer people, who refuse to live solely within the strictures of either masculinity or femininity. However, unlike genderqueer or non-binary people, transgender people don’t hold “male” and “female” to be artificial categories. Rather, they whole-heartedly endorse the concept of distinct genders, and seek recognition as authentic members of one of those categories.  Consequently, genderqueer or non-binary identities will not help us resolve the matter of transgender people who identify as authentic men or authentic women.

My arguments thus far are not, of course, airtight proof that the two gender narratives in question are irreconcilable. Nonetheless, I think they illustrate why it is exceedingly unlikely that these two narratives about gender can be simultaneously true. Given that, the most obvious way forward is to examine the literature on the behaviours and abilities of women and men, and have a robust and ongoing debate about the meaning of the data, the strengths and limitations of comparisons based on available data sets, and the validity of different analytical methods.  In short, scholarly debate and inquiry.

However, these narratives about gender exist not as products of inquiry, nor as hypotheses for examination in ongoing inquiry, but as tools to fend off inquiry for fear of what might be uncovered. That fear is unfortunate but, of course, not entirely unfounded. There certainly are people who would try to justify discrimination against women if well-conducted and widely-replicated research conclusively demonstrated that scientific aptitude and/or interest were more common in men. However, ignorance will not fend off unjust discrimination. A better solution is to make the liberal distinction between individuals and groups, recognizing that the abundance or rarity of a trait in a group should have no bearing on how we judge an individual from that group.

Likewise, there certainly are those who will support mistreatment of transgender people if their condition lacks some sort of scientific basis. Again, ignorance and sophistry will not help us here. The best defence for transgender rights is a liberal recognition that people with atypical preferences and appearances are equally deserving of respect, opportunity, and bodily autonomy (children are another matter, but liberal-minded people should at least be able to agree on the bodily autonomy of adults); there is no need to replace neuroscience research with a morality-driven narrative about authenticity.

Of course, if we establish norms that prevent well-meaning people from asking certain questions about sex and the human brain, those questions will not go unasked. Great scientific rebels have carried on underground, but plenty of unsavoury people also operate underground, and it would be a shame to wholly cede these topics to them. Sex is a fundamental issue in biology, of equal import for both applied science (e.g. medical research) and basic science (e.g. evolutionary biology). Likewise, the functioning of the human brain is one of the most tantalizing frontiers of science. We should cede our understanding of these matters to neither comforting narratives nor to those lacking a sense of common decency.

For all these reasons, we should not intellectually circumscribe discussion by insisting that people contort their minds into painful doublethink on matters of sex, gender, and the human brain. Small doses of doublethink may be intellectually healthy, if they help us to remain open to multiple ideas concerning multifaceted phenomena. However, the dose makes the poison, and excessive doublethink will only impede inquiry, not advance it. I don’t know where to draw a “proper” line between men and women, but parroting ritual narratives on pain of sacking is no way to run an academic community.

The author is a tenured professor in a STEM discipline. Sebastian Cesario is a pseudonym.