“When we decided to do a conference, we weren’t sure if we would get 25 people in the audience—and here we filled the Times Center,” says Debra Mashek, executive director of Heterodox Academy during an interview in midtown Manhattan. “There is broad consensus there is a problem on campus in terms of open inquiry and viewpoint diversity.”

It’s understandable why Mashek was uncertain about attendance. Academic conferences usually are organized around particular areas of study or well-defined ideological viewpoints. But by its very nature, Heterodox Academy doesn’t provide any such organizing principle. Begun in 2015 as a blog, and now a network comprising over 1,800 academics, HA asks members to endorse the proposition that universities and colleges must uphold and protect political and ideological diversity.

But the times we inhabit make championing viewpoint diversity an urgent project. And last Friday’s one-day inaugural conference near Times Square attracted a full house of about 350 academics, university administrators, students, and journalists. The event featured speeches and panel discussions from speakers who addressed the crowd from all points of the political spectrum.

“In 2015, people thought this new morality of fragility and vindictiveness was unique to American college campuses,” HA co-founder and New York University School of Business professor Jonathan Haidt tells me. “But in 2016, it was clear it was spreading to British and Canadian campuses.” Today, he adds, the phenomenon seems to have spread well beyond the academy, into the worlds of technology, entertainment, and journalism.

The conference featured a number of well-known academic mavericks—including some who fell victim to the worst excesses of campus radicalism (and, some would add, administrative cowardice) in recent years. This included Allison Stanger, a political scientist at Middlebury College who suffered a neck injury last year when a protesting mob physically confronted her and American Enterprise Institute scholar Charles Murray in connection with a campus speaking event. Also present was Alice Dreger, a sex researcher and former professor at Northwestern University’s medical school who resigned in 2015 after her dean censored an essay she approved for publication in the bioethics journal Atrium. 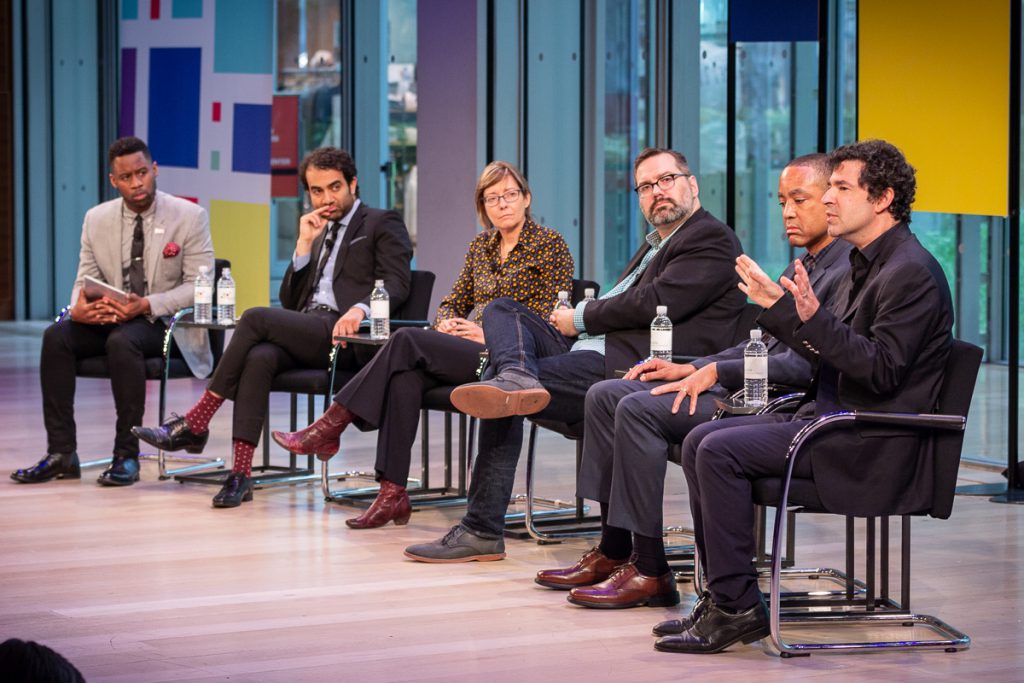 Many audience members already seemed aware, to some extent, of the details of these underlying stories. Instead of dwelling on their hardships, speakers were encouraged by moderators to tease out larger lessons consistent with panel themes. Dreger, for instance, appeared on a panel where she jousted with Angus Johnston of the City University of New York, and Jason Stanley of Yale—two leftist professors who expressed skepticism that the viewpoint diversity problem on campuses is nearly as bad as other panelists suggested.

During a panel dedicated to answering how a lack of ideological diversity could harm higher education, Heather Heying, a former biology professor at Evergreen State College in Olympia, Wash., detailed how she and husband Bret Weinstein were left physically at risk by an administration that allowed the campus to descend into chaos in order to appease activists. Last spring, some Evergreen students even roamed campus with bats while police were given a “stand down” order following a spate of disruptive social justice protests. “Most people still inside [the academy], even if they’re seeing this, think little steps can fix it,” Heying tells me after her panel concluded. “They’re missing the statistical truth that you don’t need to be in the majority to have a wildly dysfunctional effect, especially when you combine that with strategy and tactics—which they have.” 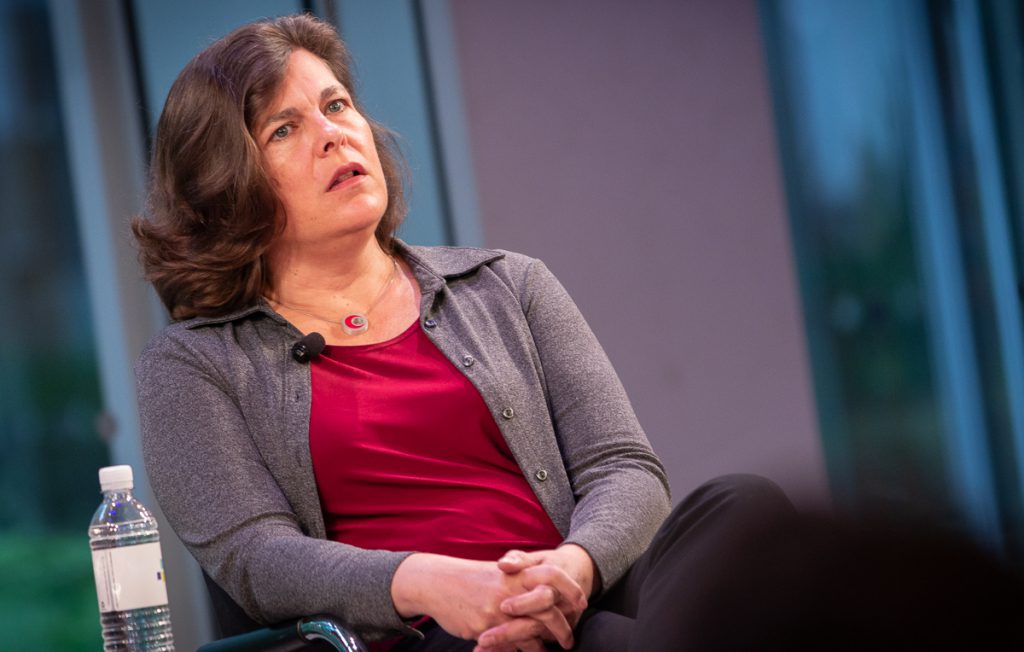 Some academics admitted frankly that even appearing at the conference could have negative professional repercussions. “I’m untenured so it’s a little bit risky to speak freely,” Lucía Martínez Valdivia said onstage during her panel with Heying.

Martínez Valdivia is an assistant professor of English and humanities at Reed College in Portland, Ore. Following a somewhat familiar pattern, the university’s freshman humanities course, which featured classic literature sources from the ancient Mediterranean and Middle East, was attacked as a vestige of white supremacy and racism. Students disrupted course lectures throughout the 2016–17 academic year and intimidated faculty while, by Martínez Valdivia’s account, the “administration did nothing.”

“I think there’s a lot of white guilt,” is how she describes her corner of the United States when I caught up with her. “It enables some behaviors that wouldn’t fly in other places. There is something specific to the Pacific Northwest.”

One of the few non-American speakers was Canadian graduate student Lindsay Shepard, who, in 2017, recorded and exposed how professors and an administrator at Wilfrid Laurier University bullied and intimidated her after they discovered that she had shown her class a public television debate featuring Jordan Peterson. At an HA dinner the night before, Shepherd was presented with an “outstanding student award” for her courage during the scandal. 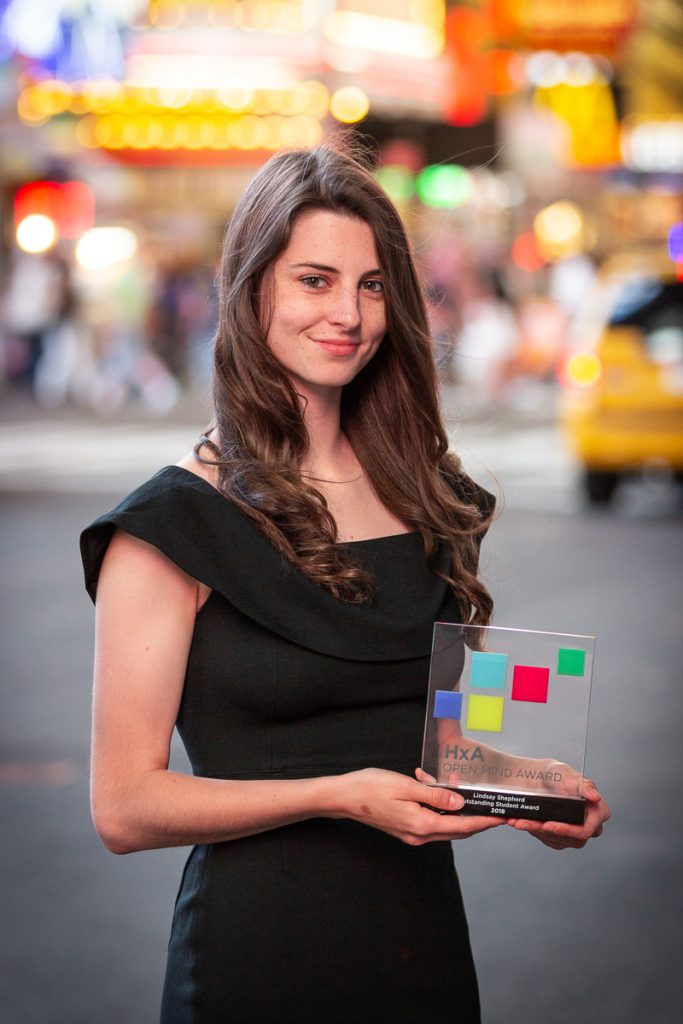 With many of the high profile cases of campus extremism targeting female victims, Shepard wonders if her gender played a role in how she was treated. “Perhaps the radicals play on the fact that women are often more empathetic, so they try to get them to feel bad so they’ll desist,” Shepard tells me. (If that was the plan, it didn’t work: Earlier this month, her lawyer announced a lawsuit against the university over the way she had been treated).

Other speakers included more strait-laced figures, such as University of Chicago president Robert Zimmer, who was interviewed onstage by New York Times opinion editor Bari Weiss. His university was given the “institutional excellence” award for its crafting of the so-called “Chicago Principles,” which commits the university to free intellectual inquiry. Other institutions have since adopted similar statements. Greg Lukianoff, president of the Foundation for Individual Rights in Education, spoke more broadly about the attitude to speech on campuses across the country, a topic related to a book he is co-authoring with Haidt. 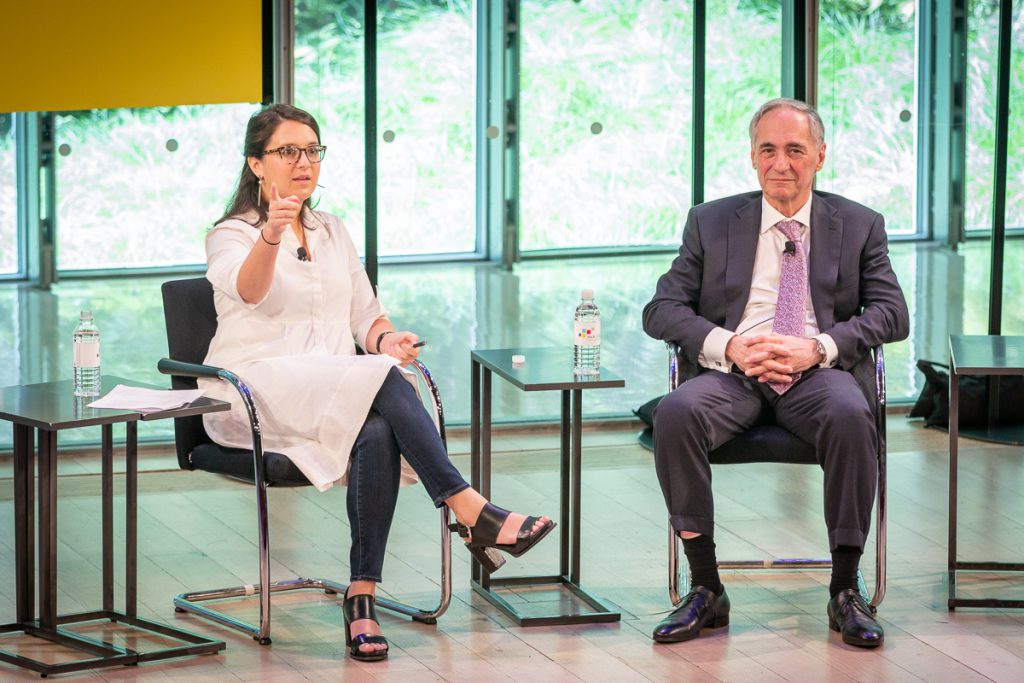 While many speakers highlighted the problems of campus outrage culture and the need for civil discourse, not all of them agreed there was a crisis. “I think civility is overrated,” Angus Johnston, a historian of American student activism tells me. “We need to have spaces where our conversations with each other can be disruptive.”

Johnston points to the history of student and civil rights activists who used disruption to create change. He also defends the protesters at Reed College. “It’s not a riot and it’s not burning something down or physical altercation.” When asked about Evergreen State—which did become physical—Johnston says the complexity of the situation makes it difficult to condemn as a singular act of violence.

John McWhorter, associate professor of English and comparative literature at Columbia University, says the conversations aren’t happening, whether they are civil or not. “The issue is not whether or not we can have a spirited debate,” he tells me, “it’s whether or not certain views are allowed on campus at all.”

While the conference gave time for speakers to highlight how they’ve been affected by campus outrage culture or administrative malpractice, much more time was spent discussing what could be done to foster change.

Haidt’s prescription is simple. “The administrators have to set norms before students arrive,” he says. “Protest is fine, shutting down others is not.”

Andy Ngo is a graduate student in political science at Portland State University. Follow him on Twitter @MrAndyNgo