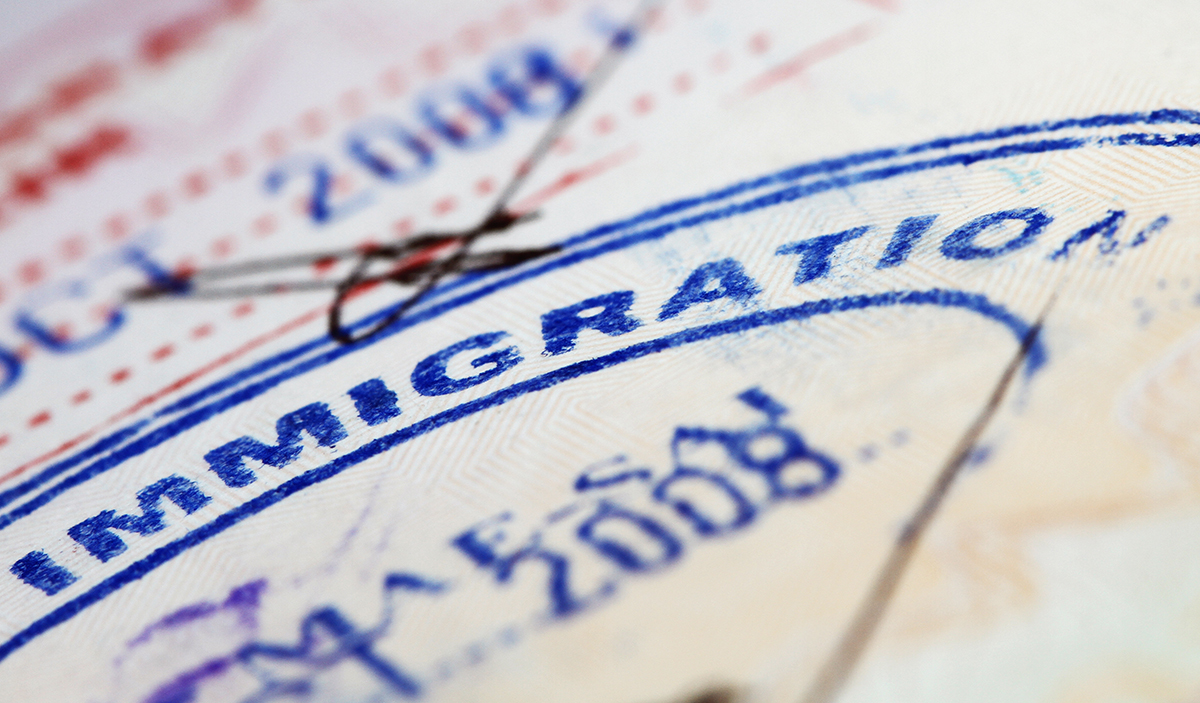 The British public were recently informed on national TV that “the vast majority of people who describe themselves as belonging to the Church of England are opposed to immigration.” The BBC, which made the claim, said it was supported by a study they had commissioned. They then ran a short report filmed in an Anglican church, repeating the claim and asking what can be done to make things better.

Another BBC report later followed, this time on the radio, in which the presenter reported that a majority of Christians are hostile to immigration and the study’s lead researcher added that they are intolerant of immigrants. A number of other outlets also covered the story, including the Church Times, which repeated the claims. If any member of the public was surprised by what they had seen and heard or doubted the veracity of the study, they could rest reassured that it had been conducted at the University of Bristol’s School of Sociology, Politics and International Studies. Surely an organisation like this, which researches and aims to accurately interpret attitudes to immigration, could be relied upon for accuracy? Aren’t universities respectable institutions in which the public can trust? Wasn’t Britain’s state broadcaster, subject to rules on impartiality, merely reporting the facts? If you don’t like the truth, fair enough. But don’t shoot the messengers.

I decided to read the research for myself to understand the basis for these reports. I was dismayed by what I found. Not by the views about immigration which the study and its data reveal, but by the misrepresentation of those views which, stripped of important context, were now being portrayed in unjustifiably disparaging ways. I came to realise that the study and its coverage are emblematic of a larger problem: that much research about attitudes to immigration, rather than embodying a commitment to objectivity and fairness, becomes a vehicle for some social scientists to express disapproval, in both academia and the wider world, of opinions with which they disagree.

The study, published in February and written by students and one faculty member, is entitled Faith and Welcoming: Do the Religious Feel Differently about Immigration and Immigrants?  It analyses previous surveys, which the authors describe as “gold standard,”  and it shows that among both the religious and the non-religious a sizeable majority think rates of immigration should not be increased. The baffling question of why respondents were asked if they wanted to see immigration increased, rather than whether they were content with current levels, is one to which I will return in a moment.

The study also shows that, according to surveys of British social attitudes conducted this decade, over 70 percent of those polled expressed disapproval of future increases in immigration across all groups. The exception are Muslims, for whom the figure is 60 percent. Christians agree less than do members of other religions and atheists that immigration enriches the economy and culture. But Hindus, for example, still only give a score of 6 on a scale of 1 to 10. Buddhists, 6.5. A significant proportion across all groups do not think that immigration enriches societies. Whether these opinions are right, wrong, misguided or otherwise, is immaterial. They’re what the surveys show.

The study shows that Christians who attend church regularly are a little more in favour of increasing immigration compared to those who don’t attend regularly. It also shows that 43 percent of non-religious Black Carribean respondents neither agreed nor disagreed that immigrants are good for the economy. For Indian Muslims, the figure is 45 percent. While Christians are less in favour of increasing immigration, the general picture shows that most people, of whatever religion or of no religion, agree with them. Overall, although there are differences of degree, most people questioned don’t want an increase in the current rate of immigration and, across the board, many have doubts about its benefits.

These findings point to a consensus of unease. However, the only finding which made it onto the air was that relating to Anglicans, and the differences in attitudes between those who attend church on a regular or less-regular basis. The overwhelming message carried by the media was that Anglicans have a particular problem with their attitudes, especially those who identify with the Church of England but who don’t go to church all that much. Everything else in the study was disregarded, as if placing Anglicans’ views in a broader context was not necessary. Those Anglicans who didn’t want an increase in current levels of immigration were then said to be opposed to immigration per se, and ill-disposed towards immigrants.

Whether or not the purportedly impartial BBC journalists who reported this story were inclined to spin it as they did because of their own political beliefs is something about which we can only speculate. But perhaps they were strongly influenced by the way the study was framed and presented to the media in an article by its authors. Here, in particular, is where the selective analysis of the study began, with the focus shifted firmly onto Christians’ attitudes. There is also a disappointing conflation of concepts reflected in the imprecise and inconsistent wording used, to the point that it becomes misleading. Those not wanting increased future immigration or who are sceptical about the benefits immigration may bring, for example, are deemed to harbour an “antipathy towards immigrants and immigration.” The language used to refer to them is negative, depicting them as “hostile” and not “welcoming,” assertions for which there is simply no supporting evidence provided in the study. There are of course, in any society, those who viscerally dislike immigrants, including on a personal level. But the authors’ casual approach to terminology does no justice to those who don’t dislike immigration, but think current levels are too high.

A pro-immigration rally in the UK.

Equally astounding is that no mention is made of the far higher levels of immigration to the UK and to other Western countries in recent decades. Respondents were only asked about immigration, or about being in favour of a future increase. What may be concern about immigration at its current levels has therefore not only been overlooked, but may also have been transmuted into falsely depicting such attitudes as inflexible opposition to immigration in general. Add to this the survey’s question about attitudes to increasing future immigration rates, and it is hardly surprising that so many respondents showed unease about what the study’s authors merely refer to as immigration. There is no good reason why someone should not be asked if they agree with immigration levels being increased in future. But answers need to be understood in relation to recent history and current circumstances. It is plausible to speculate, however, that this question reflects the survey’s designers’ inability to conceive that recent levels may be considered undesirable and that insight into attitudes could therefore only be gained by asking if higher levels would be welcome.

Perhaps I should not have been surprised. The report, devoid of data which could tell us anything about people’s attitudes to immigrants themselves, is entitled “Faith and Welcoming.” Overarching the whole study is the presupposition, carried by the word “welcoming,” that to fall short of unqualified agreement with immigration at any rate means one fails to measure up to some assumed, abstract standard of decency and hospitality. If those who fall short are not explicitly denounced as odious, it’s clearly implied that they bear the unmistakeable stain of bigotry.

By the time I’d finished reading the study and seen how its findings were being misrepresented to and by the media, my trust in its integrity and reliability had evaporated. Through assumption, selectivity, and tendentious language, these messengers of the public mood had got it wrong. But why? It is unlikely that the authors of the study – and indeed the TV and radio presenters, reporters, and producers – had conspired to mislead their audience intentionally, although separating dishonesty from confirmation bias is often difficult and contentious. Likewise, incompetence also seems unlikely. After all, researchers are where they are, doing what they do, partly because they’re intelligent and highly capable.

Although there has long been disagreement about the proportion of academics who are left-of-centre, it’s generally accepted that they far outnumber conservatives. Recent studies in both the US and the UK suggest that, in the last quarter century, the proportion of academics who describe themselves as politically left-of-centre has greatly increased. An American study put the figure at 42 percent in 1990, which had risen to around 60 percent by 2014. In the UK, another study suggests it’s now almost 80 percent. During the same period, left-wing thinking has moved away from its more traditional focus on class inequalities, and is now dominated by issues of group identity. Among these, sexual orientation and gender are of course prominent. But trumping those categories is an even more fervent preoccupation. An alien visitor who perused our academic output today – especially in the social sciences, the humanities, and the arts – could be excused for concluding that an obsession with ethnicity and race is now a religion which helps sustain many of our intellectuals.

Of all academic disciplines, the social sciences have perhaps the greatest capacity to be unduly influenced by their academics’ political beliefs. Left-wingers are more readily drawn into their sphere, attracted by the values and theories which underpin much of the teaching and research. This, in turn, has helped to fortify them as left-wing strongholds, the values of which – frequently dogmatic and deemed inherently good – have become normalised and assumed to be enlightened and impartial. If any aspect of such a worldview has the power to distort a researcher’s work, it is passionately-held beliefs about – some might say a fixation with – race and ethnicity, and concomitant views about free movement being natural and borders unfair, all of which have become fundamental to left-wing thought.

Any study about attitudes to immigration conducted by social scientists who believe a priori that concern about levels of immigration amounts to outright opposition and even enmity towards immigrants, risks being flawed. Each attempt can become its own perfect storm as a combination of researchers’ ideological values, their emotional stake in the topic, their assumptions and preconceptions risks disfiguring their interpretation of the available data. In this instance, these biases appear to be manifest in ill-disguised moral judgments about those who dissent.

However careful a researcher holding such views is, however committed to impartiality they may feel themselves to be, a deeply-ingrained and spiritually-sustaining outlook tends to result in research which says at least as much about researchers’ values as it does about any reality it claims objectively to describe. Consequently, until such time as viewpoint diversity in the social sciences provides a more balanced environment for research and peer review, research by social scientists into public attitudes to immigration should be treated with the scepticism it rightfully deserves.

David Hansard is the pen-name of David Johnson, an independent writer from the UK with a degree in Philosophy and a Master’s degree in IT. He keeps a blog which can be found here: davidhansard.wordpress.com, and you can follow him on Twitter @_davidhansard