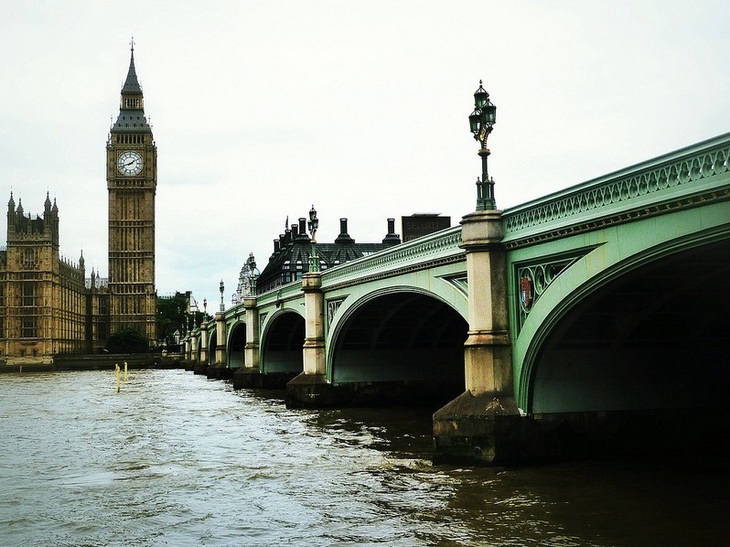 Yesterday afternoon, a terrorist drove a 4×4 car onto the footpath of Westminster Bridge, mowing down pedestrians, maiming dozens and killing four people. Among the dead was a British police officer, Keith Palmer, a husband and a father. The British Prime Minister Theresa May called the attack “sick and depraved”. Yet it did not take long for others to put forward defensive statements:

Evil has no race, ethnicity, or religion. Evil is evil. Terrorism is terrorism.

To an alien newly arrived from Jupiter it would appear that we humans on Earth merely have to say what we are and we magically become that thing. Witness all the debates about on campus about gender and racial and disabled identity. But terrorists who memorise the Quran, shout Allahu Akbar as they plough into pedestrians and—most importantly—self-identify as Muslim, are told by the liberal left “Nope, sorry. Not a Muslim”.

When someone says “terrorism has no religion” they need to start by defining religion. Is Scientology religion? Is Scientology pure and virtuous and the people who do evil things in its name simply not real Scientologists? Were the Crusaders not real Christians? Were witch hunts carried out by people who failed to fully understand the Bible? How about the Inquisition? Not a real reflection of Spanish Catholicism in the early modern period, right?

Ask if they believe all terrorists to be atheists, because this is essentially what they are saying when they claim terrorism has no religion, and it is a ludicrous position to arrive at.

To illustrate the philosophical difficulty of holding the “terrorism has no religion” position I like to recount the story of a young Briton of Pakistani ancestry who travelled to Syria to fight and kill for ISIS. Let’s call him Omar.

Omar grew up in a religious family. As a teenager his father made him pray five times a day and punished him when he didn’t. Eventually, frequent prayer became part of his daily routine and as natural to him as breathing.

As he got older he grew out his beard and started to don Islamic garb. He became increasingly politicised, especially by what he saw as the global mistreatment of Muslims by a sinister Judeo-Christian alliance. At his local mosque a firebrand imam would regale the bored, unemployable young men of the town with exhilarating tales of martyrdom and political injustice.

Speaking with the imam one day, Omar was encouraged to visit Pakistan where he could be trained as a soldier of Allah so that he might protect the ummah from the rapacious infidel. The promise of eternal paradise and the glory of a jihadi’s death certainly sounded better than life in small-town England, where the culture seemed to consist of the kafir drinking themselves half to death at the weekend while keeping the STD clinics in a roaring trade.

In Pakistan Omar felt at home. He learned how to fire AK-47s. He felt confident that he could fight bravely in Syria and in doing so help the burgeoning Islamic State cement its place in the global community of nations. He flew to Syria and was instrumental in the planning of a successful attack on a military convoy that killed three Russian soldiers. Three weeks later Omar himself killed an American hostage, beheading him on a video that was broadcast around the world.

When people say “terrorism has no religion” they’re asking you to think Omar here is irreligious and that he is not a real Muslim. If that is indeed the case, it might be useful to try pinpointing the exact moment Omar stopped being a Muslim. Was it when he felt the thrill of future jihad as he spoke with the imam in the early days of his radicalisation? Was it when he did weapons training in Pakistan? Was it when he travelled to Syria with murder in his heart? Was it when he planned the attack on the Russians? Was it the moment his knife touched the skin of the beheaded American, or the moment his victim’s spine was completely severed at the atomic level, or the moment his heart stopped beating? There must have been a single action that caused Omar to stop being Muslim. What was it?

A No True Scotsman fallacy is the attempt to protect a universal generalisation from counterexamples by changing the definition to exclude the counterexample. That is exactly what we have on our hands here. A logical fallacy that is being pushed, opioid-like, by the liberal media and global leaders then happily consumed and disseminated by leftists who feel great for not having to deal with ugly truths.

We now live in a world where Donald Trump’s election, Brexit, and even a lack of diversity in Hollywood get blamed for Islamic radicalism. For many it seems the only thing that doesn’t contribute to Islamic terrorism is Islam itself. Ostensibly the “terrorism has no religion” catchphrase might just be a kumbaya, we-are-the-world statement of anti-racist universalism. Perhaps.

But it isn’t just that. It’s also an attack on truth, and if we don’t respect the truth then the West is dead already.