We are in the midst of what some analysts are calling the “biggest global energy crisis in history.” But amid the crisis, which threatens to leave the European economy in ruins, plunge tens of millions of people into energy poverty, and result in widespread food shortages, one phrase continues to be used with astonishing regularity: “energy transition.” Indeed, the phrase is constantly used by NGOs, politicians, and the media. On its website, Friends of the Earth Europe says that the “world needs a rapid exit from all fossil fuels … part of that picture is the energy transition. We need a new, just energy system that is 100% renewable.”

During negotiations over the Inflation Reduction Act—the $700 billion spending bill that was signed into law by President Biden in August—an article written by three Washington Post reporters said the measure faced early opposition because it would “accelerate the country’s energy transition too quickly.” In July, the Sierra Club, the biggest climate-activist group in America, declared that “The right way forward is to double-down on the clean energy transition.” Meanwhile, BlackRock, the world’s biggest investment firm, says it is “committed to an inclusive, equitable, and prosperous transition” to “net-zero emissions.”

But there’s a problem: despite more than $2 trillion in spending on renewables over the past three decades, there is scant evidence that an energy transition is underway. Last year, according to data from the BP Statistical Review of World Energy, in both the US, and the world as a whole, the growth in hydrocarbons—oil, natural gas, and coal—far exceeded the growth of wind and solar by huge margins.

Renewable energy’s inability to displace hydrocarbons isn’t due to a lack of money. According to Statista, between 2004 and 2019, spending on renewables in the US was some $577 billion. Meanwhile, over that same time frame, the rest of the world spent another $1.5 trillion on renewables. But the BP numbers show that despite all that spending, wind and solar are not making a significant dent in our insatiable thirst for oil, gas, and coal. The reasons for that are many, including the gargantuan scale of global energy use, and the limits on the availability of neodymium, steel, aluminum, copper, and myriad other commodities that will be needed by the gigaton to make any large-scale move away from hydrocarbons.

Before going further, I will readily concede that energy-related greenhouse gas emissions in some parts of the world are falling. For instance, emissions in the US and many countries in Europe have been declining. Those declines are due to several factors including offshoring of heavy industry, adoption of renewables, natural gas displacing coal in the power sector, and energy efficiency. But the hard reality is that, as I explain in my latest book, A Question of Power, more than three billion people on the planet today are still living in energy poverty. Furthermore, throughout Asia and Africa, energy consumption from hydrocarbons—and the emissions from that energy use—continue to climb at a rapid clip. According to the last BP Statistical Review of World Energy, the average African uses less than 15 gigajoules of energy per year. By comparison, the average resident of the US consumes 18 times more, and the average European uses eight times more.

Furthermore, the electric sector isn’t decarbonizing, it’s recarbonizing. Global coal demand is soaring. The Newcastle benchmark price for thermal coal going into the Asian market has been at, or near, $400 per ton for several months in a row. That’s an eight-fold increase over the levels seen in early 2020. European electric utilities are scrambling to buy as much coal as they can to replace Russian natural gas. In July, the International Energy Agency said that global coal use will hit an all-time high this year.

Now back to the numbers. Let’s start with a look at what is happening in the US. According to updated figures from BP’s Statistical Review, in 2021, US oil use grew by 2.8 exajoules (EJ). (An exajoule is roughly equal to one quadrillion Btu, or the energy contained in 1 trillion cubic feet of natural gas.) For comparison, solar energy use grew by 0.3 EJ, and wind energy increased by 0.4 EJ, for a total increase of 0.7 EJ. Thus, last year, US oil use grew four times faster times than the growth seen in wind and solar combined. Meanwhile, coal use jumped by 1.4 exajoules, or twice the growth in wind and solar. Even with a slight decline in natural gas use, the BP numbers show that US hydrocarbon use increased by 4 EJ last year, that’s more than five times the growth seen in wind and solar.

An almost identical trend can be seen in the global data. Last year, the use of oil, gas, and coal grew by 10.5, 7.7, and 8.7 EJ respectively, resulting in a total one-year increase in hydrocarbon consumption of 26.9 EJ. Meanwhile, in 2021, wind and solar grew by 3.4 and 2.1 EJ, respectively, for a total of 5.5 EJ. Thus, in 2021, global hydrocarbon use grew nearly five times faster than the growth in wind and solar combined.

Here’s another way to think about those numbers: Last year, just the increase in global hydrocarbon use—which as I mentioned above totaled 26.9 EJ—was roughly equal to the output of all of the wind and solar projects on Earth. Last year, global wind output was 17.5 EJ and solar contributed 9.7 EJ—for a total of 27.2 EJ. If you think last year was an anomaly, think again. The same trends can be seen in data going back to the mid-1980s. Between 1985 and 2021, global hydrocarbon use jumped by 224 EJ, that’s more than eight times the increase seen in wind and solar, which as I mentioned above, now provide about 27.2 EJ to the global energy mix.

Looking for some good news? There were some positive trends in the nuclear sector last year, or at least there were on the global scene. In the US, nuclear energy continues its unfortunate decline, with output falling by about 1.5 percent. Globally, nuclear grew by 0.9 EJ, with nearly half of that growth happening in China.

To be clear, I’m not claiming that the global energy mix won’t ever change. What I am saying is that energy transitions—as author and polymath Vaclav Smil wrote in 2014, “are inherently protracted affairs. The unfolding shift from fossil fuels” he declared, “will be no exception.”

Indeed, the undeniable takeaway from the BP numbers is that wind and solar energy are not displacing hydrocarbons. Instead, they are being added to our existing energy mix. Why aren’t they making more headway? The reasons are readily apparent: wind and solar simply cannot provide the staggering scale of energy the world needs at prices consumers can afford. Furthermore, large-scale wind and solar projects are being rejected all around the world. As I have documented in the Renewable Rejection Database, since 2015, more than 370 communities across the US have rejected or restricted wind projects. And more than 90 have rejected solar projects. Over the last year alone, about 40 townships in Ohio have banned the construction of wind and solar projects.

If policymakers are concerned about climate change and emissions, the way forward is obvious: We need concentrated and sustained investment in nuclear energy development, regulation, and deployment so that it can help reduce the growth in global emissions. And over the past few months, the nuclear sector has gained significant momentum. In July, Oregon-based NuScale Power got design certification from the Nuclear Regulatory Commission (NRC) that will allow it to build its small modular reactor (SMR). It is the first, and so far, only, company to get SMR certification from the NRC. In Europe, several countries, including Poland, Romania, and Britain have said they are going to build SMRs. Another positive sign: in August, Dow, the chemical giant, announced plans to build an SMR at one of its petrochemical plants on the US Gulf Coast. The company is working with X-energy, which is developing an 80-megawatt SMR. Furthermore, over the past few weeks, legislators in California voted to extend the life of the 2,250-megawatt Diablo Canyon nuclear plant, and Ontario Power Generation reversed course and announced plans to extend the lives of the reactors at the 3,100-megawatt Pickering Nuclear Generating Station, which sits about 45 kilometers east of Toronto.

In addition, the Biden administration is getting more vocal in its support of nuclear energy. Last month, Energy Secretary Jennifer Granholm said the US is committed to re-establishing itself “as a leader in nuclear energy, non-proliferation, and climate action.”

Again, that’s welcome news. But I’ll end with another quote from Smil, the distinguished professor at the University of Manitoba who has written more than 40 books about energy and other topics and has frequently warned about the difficulty of quitting hydrocarbons. In 2016, he wrote, “There is no evidence that the global primary energy transition has been accelerating during the recent decades.” He continued, “Even the fastest conceivable adoption of non-carbon energies will fall far short from eliminating fossil fuel combustion by the middle of the 21st century.” 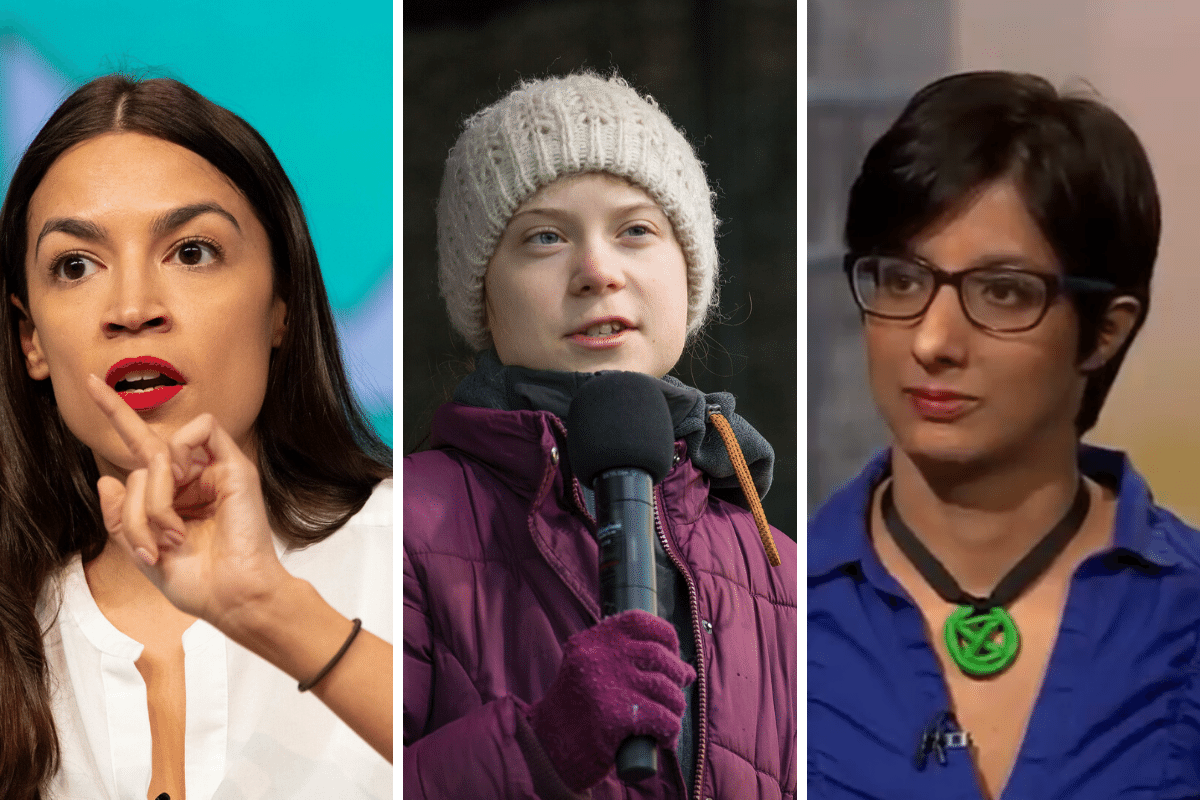