In the early days of World War Two, George Orwell published a marvelous essay entitled “England Your England.” With the Luftwaffe in the skies above London laying waste to the city, Orwell observed a peculiarly contemptible trait of the English intelligentsia. In a word, this portion of the national elite had become “Europeanized.” Taking their “cookery from Paris” and their “opinions from Moscow,” English intellectuals formed an “island of dissident thought” apart from the general patriotism of the country. “It is a strange fact, but it is unquestionably true,” argued Orwell in the essay’s best-known aperçu, “that almost any English intellectual would feel more ashamed of standing to attention during ‘God save the King’ than of stealing from a poor box.”

Orwell, a self-declared democratic socialist and no stranger to reproaching his native island, was appalled by the habit of certain quarters on the Left of resenting the society that nurtured them and of deprecating English civilization, even when it was under threat. “All through the critical years many left-wingers were chipping away at English morale, trying to spread an outlook that was sometimes squashily pacifist, sometimes violently pro-Russian, but always anti-British.”

A similar tendency has now arisen among the American intelligentsia, exposed by the crisis over Ukraine. In the present climate, however, the target is not quite the United States itself, but the world order it has labored to construct and maintain since the end of World War Two. From the American-led system of political and military alliances that have supplied what Dean Acheson once referred to as “situations of strength” in Europe and East Asia to the open international economic system, America has had an outsize role and an outsize responsibility in shaping world order.

The political and strategic aspects of that order have come under heavy intellectual assault as the result of two factors: the collapse of Soviet communism and, three decades later, the return of great-power competition. Nothing has recently exacerbated this anxiety about the wisdom and durability of the American order more than Russian encroachments in Europe’s post-Soviet space.

However, the alternatively quasi-pacifist and pro-Russian tendency is evident not only on the extremist fringe or the mainstream Left, it has penetrated deep into the precincts of the Right. Many prominent voices on the Right and the Left pose as anti-war campaigners, abhorring the prospect of American “involvement” in Ukraine (which, since President Biden has expressly ruled out the use of the US armed forces, can only mean lethal aid) to protect its sovereignty and independence. In effect, this camp has told Ukraine that it must face the Russian problem unaided.

A related faction sounds like a vague but distinct echo of the Russian line on the Ukrainian question. This clique suggests that the US and NATO have unjustly provoked post-Soviet Russia by expanding the Atlantic alliance to its doorstep. Granting respect for a Russian “sphere of influence,” it loudly proclaims what the anti-war camp intones quietly: that Ukraine’s absorption by Greater Russia is effectively a fait accompli. Whatever form this hankering for American abstention takes—a preference for “peace” that protests against Western arms while remaining silent about the Russian variety, or a useful idiot’s mindless recitation of Kremlin propaganda—it’s premised on an unshakable opposition to US leadership in defense of world order.

Writing in National Review, Michael Brendan Dougherty declares his opposition to the continuation of this global mission for American power. Dougherty begins by arguing that a besieged Ukraine is not worth the “healthy bones of a single Pomeranian grenadier,” to borrow Otto von Bismarck’s description. The reason? Simply that it has no claim to being part of the Western alliance. But since advocates of arming Ukraine—myself included—believe that more is at stake than the bare fact that Ukraine is not a member of NATO, Dougherty also takes aim at the conception of “liberal world order” (derisive quote-marks appear in the original) that would make Ukraine’s freedom a “real concern” for Americans.

Rejecting the premise that ensuring a decent world order is a proper objective of US foreign policy, Dougherty questions whether NATO could deny Russia a sphere of influence even if it wanted to. Invoking the deep historical ties and geographical proximity between Ukraine and Russia, he suggests that these facts dispose the former to domination by the latter, and it is therefore delusional to imagine that the West is in any position to “concede” a sphere of influence to Putin. “Consulting an atlas,” Dougherty advises, will show “what is close, dear, and near to Moscow and what is peripheral, unfamiliar, and treacherous terrain for America to defend from Moscow.”

Dougherty doesn’t challenge the notion that Putin’s design is the forcible restoration of Russian hegemony all around his empire’s periphery. He has simply concluded that nothing much can be done about it. Discounting a host of formidable strategies—financial pressure, soft power, and military power—that a unified West might bring to bear on behalf of deterrence and defense, Dougherty argues that the friends of a free Ukraine are all but helpless to deny Moscow a very large say over how Ukraine conducts its affairs.

This is part of a new fashion on both wings of the political spectrum for privileged spheres of influence among the great powers. A “sphere of influence” is traditionally understood as a geographical area within which the most powerful actor can impose its will. It isn’t much of an exaggeration to say that the repudiation of such buffer zones where great powers exercise political and military primacy has been the consistent theme of US foreign policy, even before it became a world power. This has not been a tradition it has adhered to itself, of course. On the contrary, America has consolidated and maintained its own sphere of interest in widening arcs until it encompassed the entire world. (Even the Pentagon makes little pretense of the global nature of its realm of responsibility.)

A world of rival spheres—what foreign-policy analyst Michael Lind calls “blocpolitik”—is what led empires of the past to undertake wild feats of adventurism and conquest in pursuit of a “place in the sun.” This struggle for mastery between comparable imperial states—a “great game” against the backdrop of a multipolar order—seldom ended peacefully, since the strategic appetite tends to grow with the eating. It is the kind of natural but perilous security competition and conflict that American primacy has suppressed since the end of World War Two. By contrast, a lack of power or will to enforce a modicum of global order will allow the reversion to a very different world in which revisionist powers enjoy free rein to press their quasi-imperial projects in their respective “near abroads.” Such a world will be a more anarchic place of diminished peace, prosperity, and respect for human rights.

In the hope of demonstrating the strategic bankruptcy of the American-led order, Dougherty deems it “hysterical” to fear the consolidation of a Russian sphere of interest. (It’s worth mentioning that the Kremlin has used the very same word to describe the vigilance for maintaining “a Europe whole and free.”) He pronounces it “vain” to suppose that Russia will be a declining power forever, as if that would be the only scenario justifying resistance to Russian aggression.

In reality, the best hope of containing an ambitious and assertive Russia is to push hard to prevent its acquisition of new territories and resources with which it would generate additional economic and military might. Equipped with those additional possessions, and the prestige that comes with them (which it would naturally harness to press its interests even further afield), Russia will become unfathomably more dangerous for independent states on its periphery and the larger security architecture of Europe. Deprived of those additional possessions and prestige, however, Russia will find it more difficult to sustain its harsh autocratic rule at home, much less to establish its own preserves abroad from which more liberal powers would be excluded.

A hegemon that doesn’t possess the wisdom to discern between these two possible futures, or that lacks the will to exercise its power and influence accordingly, is no longer fit to be a superpower. Unless the United States rallies to the cause of freedom in Europe’s shadows, in short order it will find that its authority no longer holds sway around the world, and the shadows will lengthen precariously across Europe and beyond.

“England is perhaps the only great country whose intellectuals are ashamed of their own nationality,” Orwell concluded in “England Your England.” A large portion of that shame was registered not only in the direction of England, of course, but of the British Empire writ large. Though not all American intellectuals today are ashamed of their own nationality, the overwhelming number have evidently grown ashamed of their own imperial vocation, frequently in the name of “America First.” We are bound to lose something important if we forget that Europe’s long peace was forged only after America decided to leave that parochial and primitive ideology behind. 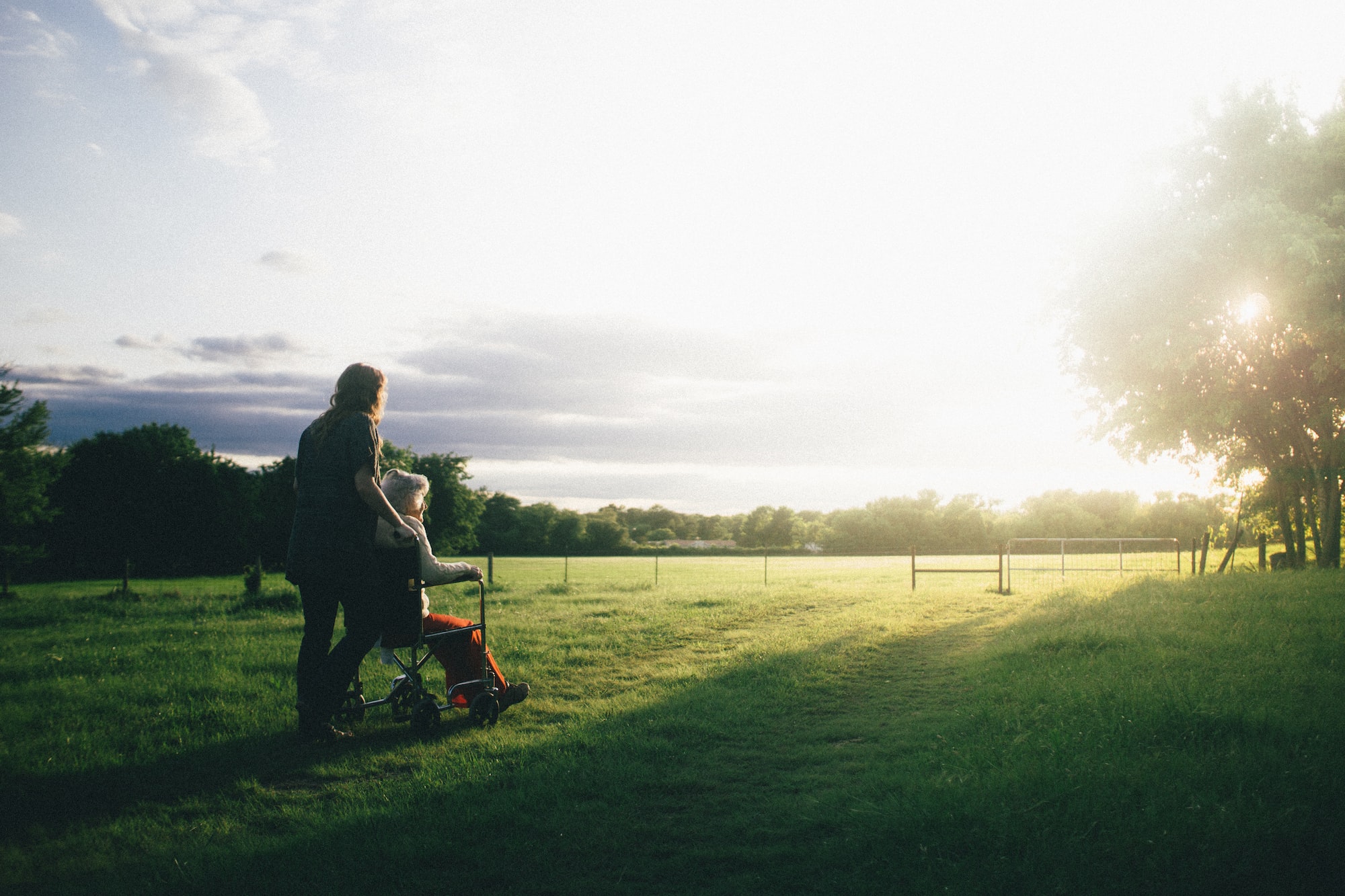