Some colleagues refused to speak with me, several did so under conditions of anonymity and others would not answer my emails. I felt rejected and perplexed because this was not the experience I was used to. By the time I began writing Deliberately Divided in the fall of 2019, I had authored six popular science books on twins, addressing the biological bases of twinning, the nature-nurture debate, the origins of personality, twins’ school separation policies, twinning rates in non-human species and twins’ legal tangles linked to wrongful death, injury, and custody. I do not recall ever being turned down for an interview by the many scientists, physicians, and administrators I contacted. Moreover, twins and parents of twins have always been eager to share their personal stories. Perhaps I was spoiled years ago when I conducted my first large-scale twin study at the University of Chicago—only one family out of the 106 I invited to be part of my doctoral study said “no.” I am still spoiled. Over the years, twins and their parents often contact me, not just to relay twin-related tales from their own lives, but to request research participation.

The appeal of twins is universal. Twin-based events (e.g., twins’ marrying twins; twin athletes’ matched performances) appear often in the media. Identical twins, especially, are favorites when it comes to exploring identity and duality in dramatic and literary works. I believe that widespread fascination with twins comes from the closely held belief that every person on the planet is unique in appearance and behavior. That is basically true, but identical twins present an apparent exception. I suspect that their allure comes from their almost perfectly matched faces and physiques, behaviors and gestures that we experience as running counter to the idea of individual distinctiveness. Of course, even identical twins are never exactly alike, due to biological and environmental events occurring before and/or after birth, but they come closer than any other pair of people. Particularly poignant are the first meetings between twins separated at birth and reunited as adults. Their separation strikes us as cruel and unfair, explaining why twins’ reunification brings jubilation, laughter, and tears to them and to everyone around them. Having worked on the Minnesota Study of Twins Reared Apart as a post-doctoral fellow and beyond, I was privileged to witness such scenes—they overwhelm me still.

Deliberately Divided is about twins adopted apart, but the story is scarred by secrets, coverups, and fractured lives. The controversy comes from Louise Wise Services’ (LWS) 1960s practice of intentionally separating newborn twins relinquished by single mothers. This policy was spearheaded by Columbia University psychiatrist, Dr. Viola W. Bernard, who served as a consultant to LWS (New York City’s preeminent adoption agency for Jewish families). Bernard’s belief was that (1) twins develop a better sense of identity if reared apart from their cotwin, and (2) raising one child at a time alleviates parental overburdening. According to archival materials I examined, her justification was based on the “child development literature of the time”—but as I note in my book, she never cited specific studies. That is because there were none. In an ironic twist, individual twins were placed with parents who had successfully adopted a child several years earlier, to prevent individual twins from growing up as only children.

Bernard and her colleague, Dr. Peter B. Neubauer, a psychoanalytic psychiatrist and head of the Jewish Board of Guardians’ Child Development Center (CDC), launched a prospective study of the separated twins, periodically (but regularly) assessing their physical and behavioral development. The twins’ adoptive parents were never told that their child was a twin; they were only told that their child was enrolled in an adoption study, with the implication that receiving the child was contingent upon their participation. Some parents sensed the coercion, but as one mother put it, she would have “learned to fly” if it meant receiving a newborn child. Consequently, the twins never knew the truth about their biological beginnings until they were adults—and then it was mostly an accidental revelation. Writing about this research now was bound to be explosive and has led to considerable debate between its detractors and defenders. But the researchers who designed the project were blind to its consequences. Their excitement over what the study promised to deliver study was palpable.

The primary architects, Drs. Neubauer and Bernard, saw a rare opportunity to observe how different parenting styles and home environments affected child outcomes in real time. In particular, they could compare the development of genetically identical children exposed to differences in mother-child interaction, education, diet, and medical care. They believed that their work would provide the definitive answer to the nature-nurture conundrum, i.e., which set of factors prevails in shaping human behavior. They were critical of reared-apart twin studies conducted in 1937, 1962, and 1965, both for relying on recollected data provided by adult twins and the absence of directly witnessed parent-child interaction and care. It was remarkable to find genetic interests among psychoanalytically oriented researchers who typically regard life experiences as most salient to how people turn out. Of course, the researchers could never hope to provide definitive answers to nature-nurture questions—the sample size was small (four identical twin pairs and one set of identical triplets), and genetic effects vary depending upon the context, protocol, and other circumstances.

The study erupted in great controversy from time to time because of the intentional and secret separation of the twins. (Fraternal twins were also separated, but not studied). The identical triplets’ chance reunion in 1980, due to mistaken identity at a small college in upstate New York, drew considerable media attention. Journalist Lawrence Wright is responsible for making the connection between the triplets’ separation and LWS’ practice. A 1997 Newsday article by New York Times staff writer Stephanie Saul revealed additional details about the study, and the tragic suicide of one of the triplets, in 1995, at the age of 33. Several attempts by the CBS program 60 Minutes to examine these issues were derailed for reasons I discuss in the book. Two documentary films, Lori Shinseki's The Twinning Reaction (2017) and Tim Wardle's Three Identical Strangers (2018) rekindled interest in this twin study, raising issues of investigator responsibility and ethical practice. These issues remain timely today. Both films were popular and award-winning, gripping the public because they revealed the unimaginable research decisions and tragic life events that still plague the twins and their families.

I located a considerable number of Dr. Neubauer’s colleagues by first finding one who offered suggestions for other interviewees in a continuous chain. Some individuals who were suggested denied knowing anything about the study or said they had little to contribute. One of the key researchers who is still alive left me a phone message saying that everything I wanted to know would be in a forthcoming published interview. I knew about this interview, but the information I wanted was missing. In addition, 52 individuals had signed a letter of protest against Three Identical Strangers that was sent to the Motion Picture Academy and to CNN. The letter was posted on Facebook and provided to me by Neubauer’s friend and associate who authored the letter. Some of the signatories I contacted denied knowledge of the twin study, which is believable in some cases since the work was shrouded in secrecy and shared only with the closest of colleagues. Many were reluctant to talk to me, even though I explained that I am a professor, not a journalist—because they did not wish to be linked to the controversy. As mentioned, some individuals (e.g., former research assistants) spoke reluctantly or anonymously, one even admitting to shame at having been associated with the study and/or hoping to avoid future media scrutiny. Less than half of the letter's signatories answered my email or telephone calls. I believe that is partly for the reasons given here, but also out of loyalty to their friend, Dr. Neubauer. I was astonished to learn that some of those who signed the letter of protest had never seen the film or had only the vaguest knowledge of the study.

All of this was discouraging until I realized that colleagues’ failure to talk or their blind support for a friend and colleague is information. It told me that Neubauer and Bernard’s professional associates were not completely comfortable with the study, so did not wish to speak on the record or at all. Most professionals look forward to appearing in a book, but that was not the case here. I still wonder: what they were afraid of? Perhaps they worried that journalists might seek them out in search of answers to questions about the study that surface from time to time. Another difficulty I grappled with was what I call “the culture of the times” excuse. Institutional Review Boards (IRBs)—the bodies that evaluate proposed projects and either approve or disapprove their undertaking—were not in place when the LWS-CDC twin study began. IRBs were not established until the mid-1970s, so for the most part, the researchers’ practices were within legal limits. Many defenders of the project I spoke with relied on precisely this argument. However, what may be legally acceptable is not necessarily morally acceptable. As attorney Catherine Ross told me, “The law said, ‘Okay.’ Ethics asked, ‘Are you out of your minds?’” This notion has implications that are important and timely, as I explain in the book. We currently investigate sexual harassers whose actions may not have violated the legal standards of their time but sullied the moral principles underlying the respect and regard we owe to others.

If difficult subjects are not confronted there is a risk of repeating the missteps of the past. I hope that my effort will help the twins recover their data records that have been callously sealed in the bowels of Yale University’s archives until 2065. The researchers claimed that this was to protect the twins. but it seems more likely that they were protecting themselves. Their worries over lawsuits filed by the families loomed large in the 1980s.

I know that my presentation and conclusions cannot satisfy everyone I interviewed, and I expect some uncomfortable backlash when the book is released in early November. But I am gratified that I took on this challenging task. Many of my colleagues felt that, as a developmental psychologist, twin researcher, and twin, I was ideally suited to writing this book—not just to reveal the unforgivable twin separations and covert study, but to make the twins’ personal stories known. I am proud that I did exactly that.

Nancy L. Segal is a professor of psychology and director of the Twin Studies Center at California State University, Fullerton. Her new book is called Deeply Divided (Rowman & Littlefield, Nov. 2021) 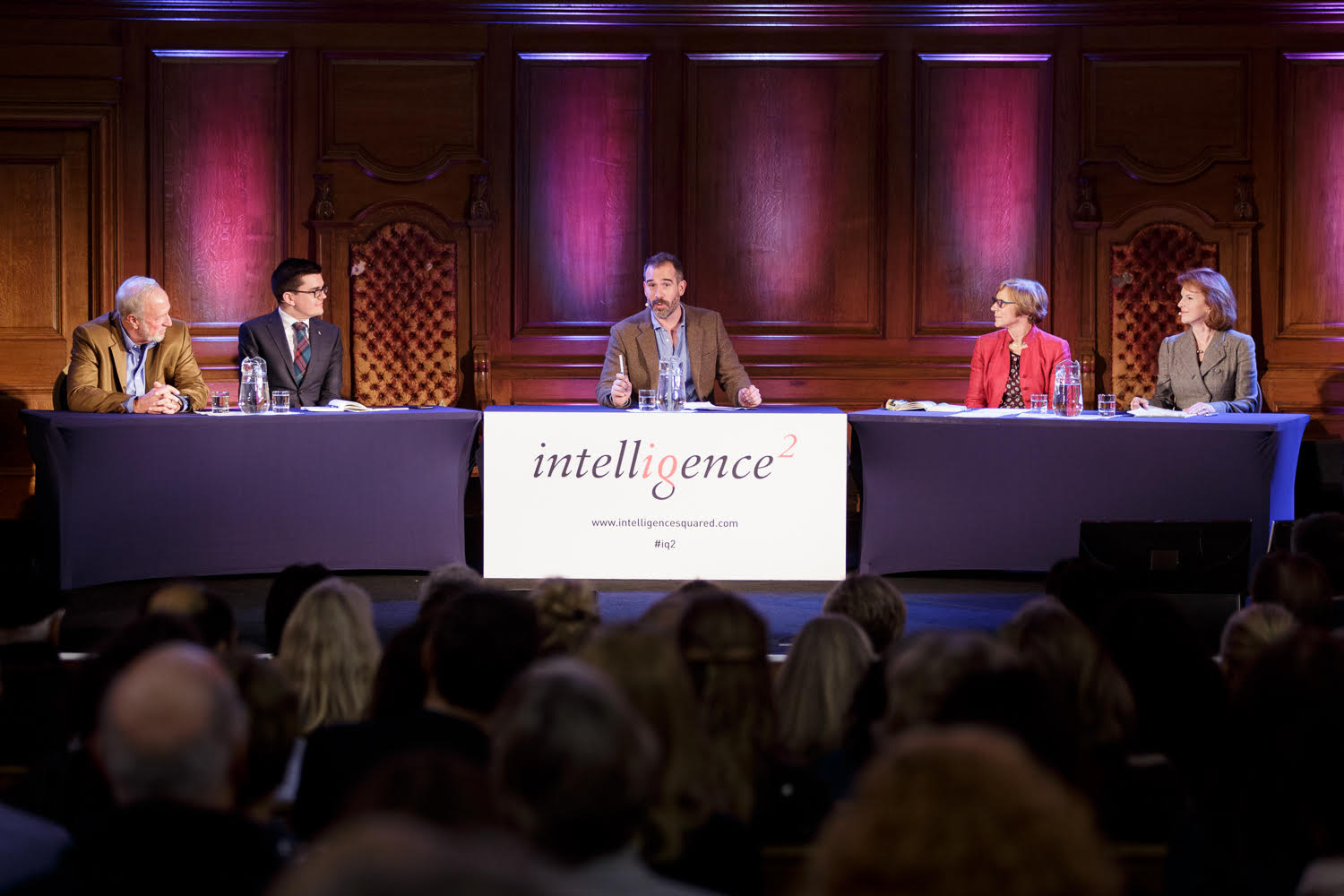 Do Parents Make a Difference? A Public Debate in London

On Monday in London’s Emmanuel Centre a debate took place that pitted two Quillette contributors—Robert Plomin and Stuart Ritchie—against two “experts” on child psychology—Susan Pawlby and Ann Pleshette Murphy. The motion was “Parenting doesn’t matter (or not as much as you think)” and we knew 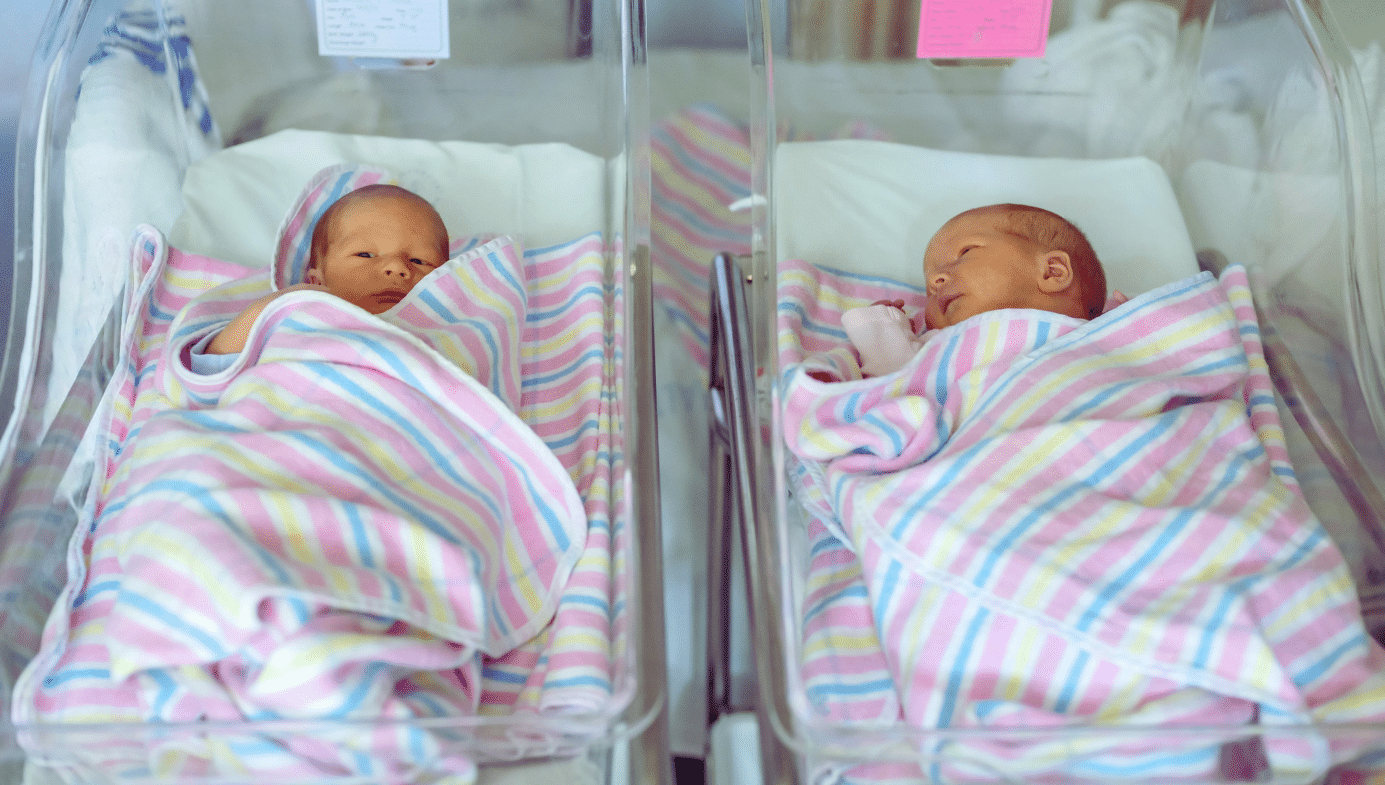 A Review of Deliberately Divided: Inside the Controversial Study of Twins and Triplets Adopted Apart by Nancy L. Segal. Rowman & Littlefield, 520 pages (November, 2021) When I first heard about the Louise Wise Services-Child Development Center (LWS-CDC) twin study, I was shocked but also skeptical. A doctor had separated