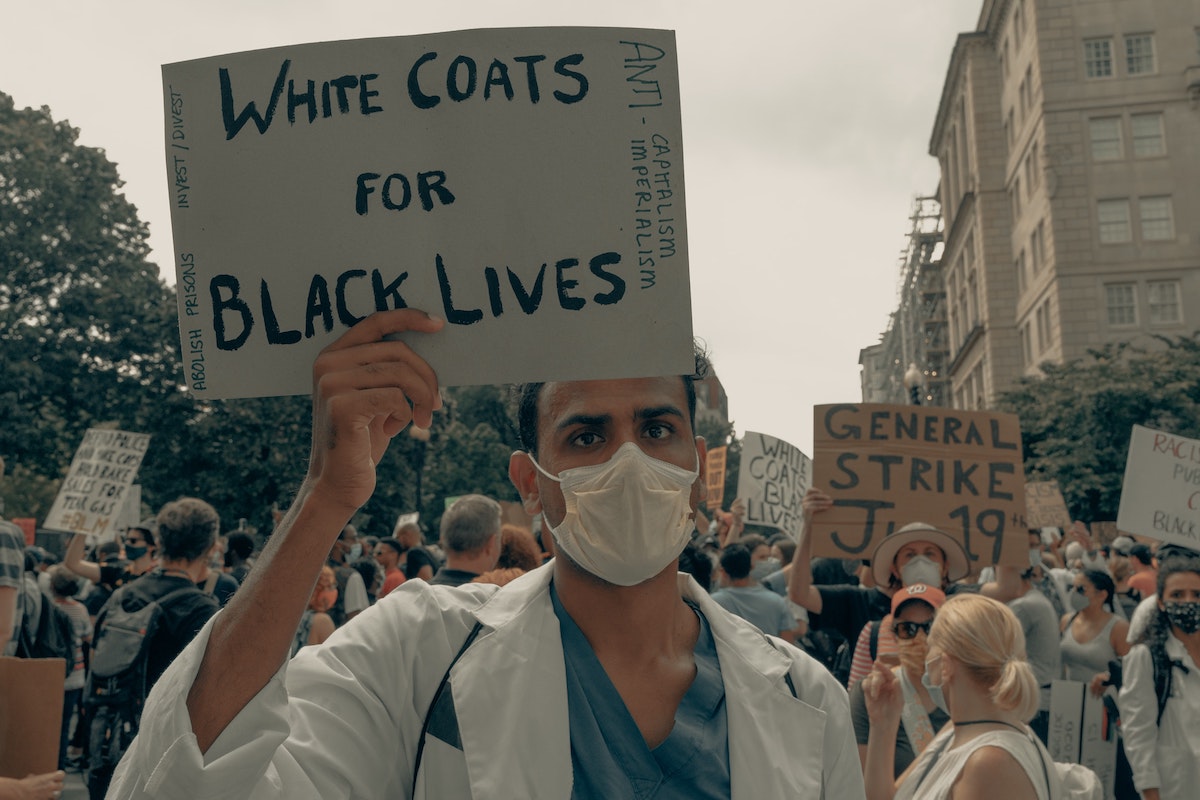 Like many professions in Western society, medicine is examining itself for the presence of racial inequities and strategies that can ameliorate these differences. Many publications have focused on the disproportionately poor outcomes of minorities in our healthcare system with an emphasis on systemic and structural forces that shape such inequities. As I concluded in my last article for Quillette, these discussions should proceed with the utmost scientific caution, as the answers and implications stand to affect the most vulnerable populations.

With this in mind, there are limitations in the current literature on alleged medical discrimination and the associated health outcomes. In addition, much of the literature on this topic relies heavily on surveys and patient self-reports to assess bias and discrimination while downplaying or ignoring alternative hypotheses. The narrative that has emerged from the conclusions of these limited studies could inadvertently cause some populations to avoid medical follow-up and form an inaccurate view of healthcare practices.

As background, the relevant literature appears to show that black and Hispanic patients tend to view medicine as more discriminatory than white patients do, and black patients often report poorer quality of care overall.1, 2 On top of this, even with greater levels of high school graduation, black patients reported feeling more discriminated against and having more unmet health needs than the Hispanic cohort. In the context of the coronavirus pandemic, a recent article discussed data demonstrating that not only were certain minority groups being affected disproportionally by the virus, but they also experienced more episodes of racist comments due to a perceived connection between their ethnicity and the pandemic. The belief that physicians of a different race act in a discriminatory manner appears to increase one’s preference for a physician of the same race,3 which makes it more notable that black, Hispanic, and Native American physicians are typically in short supply.4

The first thing to be aware of when evaluating these studies is that, although the affront caused by perceiving discrimination or racism may be real, the perception itself might still be false. Operating under the assumption that correlation of perceived discrimination with negative health outcomes implies an overt discriminatory cause not only perpetuates negative attitudes towards the medical profession, it also perpetuates research habits that can open the door to ideological speculation masquerading as a robust explanation. Dr. Danielle B. Moody has evaluated perceptions of discrimination in relation to health outcomes in multiple articles now, but even when confronted with data that conflicts with the hypothesis that discrimination is a main driver of poor health, researchers do not readily accept such findings.

For example, when studying whether or not an abnormality—in this case, something called “white matter lesion volume” (WMLV)—found on brain imaging studies correlated with self-reported discrimination in African Americans, the team found this abnormality increased with decreased ratings of discrimination in black youth. And yet the conclusions read:

Among older AA [African Americans], as lifetime discrimination burden and racial discrimination increased, so did WMLV. However, in younger AA, decreases in racial discrimination were associated with increased WMLV. Elucidation of complex mechanistic underpinnings, including potentially differential impacts of the acknowledgment versus suppression or underreporting of discriminatory experiences, among AA of different age cohorts, is critical to understanding the present pattern of findings.5

Asserting that younger subjects are merely engaging in “suppression” or “underreporting” as the only explanatory factors for this anomalous result can lead to downplaying other relevant factors for assessing and treating poor outcomes among specific groups—such as African Americans merely having a higher baseline prevalence of WMLV on average.6 Furthermore, the brain images were obtained around five years after the original self-reported discrimination ratings were completed—something the team acknowledged, as multiple aspects of this group were examined in stages years apart. Such a time lapse between the original discrimination ratings and the eventual brain images makes it difficult to establish any firm association between the two factors. This is not to disparage the labor of the researchers, which I am sure was immense. I simply wish to highlight that even outside of the narrative of discrimination, methodology can confound otherwise promising results.

A similar publication by Moody et al studied whether or not a marker of cell aging and overall lifespan was negatively influenced by perceived discrimination in subjects. The study concluded there was a significant correlation, but only for African American women and white women at higher socioeconomic status.7 The research team asserts this is explained by African American women with higher incomes being exposed to more white communities and therefore more “chronic, interpersonal discrimination.” When faced with the same finding in white women, the following rationale is offered: “perceptions of progress among racial minorities have been found to stoke concerns of destabilization of the traditional social hierarchy among non-racial minorities.”

This is a dubious conclusion given the same finding was not seen for the white male cohort, but even when reviewing the citation used to support the above claim for white women, it reads as follows: “the effects on whites’ expectations of increased anti-white discrimination found in the present work were not primarily driven by increased concern about whites’ group status in a future ‘majority-minority.’”8 With this in mind, one cannot help but feel a more meretricious explanation was chosen to better support perceived discrimination as the explanation for the team’s findings. The results might be partly explained by average gender differences in levels of distrust during clinical trials9 but this does not support the narrative of discrimination as a health determinant, and so it does not get a thorough discussion.

The study on perceived discrimination as well as Moody’s latter article do concede that the bias of perceived discrimination studies can make the results questionable. Subjects can only report what they recall, and the very methods used may over-estimate the results and therefore the alleged effect of perceived discrimination. But these caveats did not stop the New England Journal of Medicine (NEJM) from citing the above literature and making the bold statement: “Discrimination and racism as social determinants of health act through biologic transduction pathways to promote subclinical cerebrovascular disease, accelerate aging, and impede vascular and renal function, producing disproportionate burdens of disease on black Americans and other minority populations.”10 Unfortunately, in the wake of George Floyd’s death, the NEJM and the Lancet have doubled down on publishing articles with increasingly hyperbolic rhetoric that sometimes stretch the boundaries of scientific journalism into platforms for radical thought-pieces.

The language used in perception-based studies can also dramatically alter results and over-state findings. The word “discrimination” can lead participants to believe their group is being discriminated against more than usual, and this effect is likely higher for minority participants. A study performed on university students demonstrated that manipulating the term “discrimination” in terms of the severity and frequency of events could modify both personal and group judgments, resulting in a disparity between claims of group discrimination in relation to individual discrimination.12 A separate study of this phenomenon demonstrated that using stereotyped examples of respective groups resulted in higher ratings of group discrimination than the personal variety, and each group was also quicker to perceive group rather than individual discrimination.13 This could be worsened when surveys are broad to the point where affirmative answers are almost inevitable. Such surveys include questions like “Do you think you have ever been unfairly fired or denied promotion?” and yes/no answers to having ever been treated with “less respect than others” or do you ever perceive that people think “they are better than you.” I find it unlikely these map on to most humans’ concept of discrimination.

Studies that rely upon reports of perceived discrimination can be flawed by bias in both the subjects and experimenters, but these examples demonstrate that perceptions vary greatly within groups and are more complex than explanations reliant on majority-minority discrimination. In one of the aformentioned articles regarding preferences for a same-race provider, we see that this preference diminishes when respondents perceived that discrimination was not a matter of race, but rather from healthcare in general or from positions of authority regardless of race. Additionally, although much of the contemporary discussion revolves around addressing systemic forces that result in unequal outcomes, polling data from a national survey demonstrated only a quarter of African Americans felt that the bigger problem regarding discrimination was based in law or government policy compared to nearly half of respondents feeling most discrimination was merely episodes of prejudice from individuals. This same poll demonstrated that personal experiences of discrimination in terms of “slurs,” “negative assumptions,” and feeling “people acting afraid of them” were much lower for African Americans earning less than $25,000 compared to those earning more than $75,000, which could indicate the perception of discrimination might be more of a luxury belief than one ailing the less fortunate. This might also convey that researchers strictly focusing on systemic factors have incongruent beliefs with the population of intended benefit.

As I stated previously, the focus and possible exaggeration of discrimination in medicine could have bad downstream effects for patients, and the insidious problem that could follow from this narrative might be higher external locus of control for minority groups. It seems well-supported that having a higher internal locus of control—a subject’s belief that they have personal power over their own fate—is well-correlated to improved healthcare outcomes while the opposite (an external locus of control) can have deleterious effects.16, 17 In one such examination, when controlling for baseline cognitive ability, education, health, and depression, higher external locus of control resulted in worse outcomes for memory-training exercise and reasoning ability for African Americans than for non-Hispanic whites (NHWs).18 While I’m all for genuine and thorough examinations of discrimination, making the “systemic” concept a forgone conclusion in a profession like medicine will cause certain patients to develop distrust of those tasked with providing care. This is demonstrated by studies regarding health locus of control showing decreased trust in healthcare professionals scales with the preconception that individual health is merely chance, or in other words, a sense that the patient’s actions do not matter.19 This would be incredibly unfortunate, because one thing the equity task forces have right is that creating mutual trust is crucial to recruiting and retaining underrepresented groups in clinical trials.

Nothing I have written here should be taken as evidence that professionals should not listen to patient complaints or stop investigating unfair treatment—those are incredibly important topics. At the same time, research into discrimination is quite complex and there are many flaws introduced when substituting discrimination with perceptive findings and assuming this represents healthcare discrimination. Such accusations still carry great weight and are counterproductive to continuing our positive gains in healthcare trust. In a 2018 publication on the trends of patient perceptions on health discrimination, the author noted that both reported trends on black patients experienced discrimination and the black-white difference in those same reports fell from 2008 to 2014.20 The author then postulates, as I have, that exacerbated racial rhetoric could reverse these positive trends. Nevertheless, she ends the piece with an odd proposal: “We must change reality to alter perceptions.”

Given that beliefs are far more malleable than reality, it would be my recommendation to focus on the former problem first.

Zachary Robert Caverley is a physician assistant specializing in cardiology and working in rural health clinics throughout the north-west coast.

Photo by Clay Banks on Unsplash.