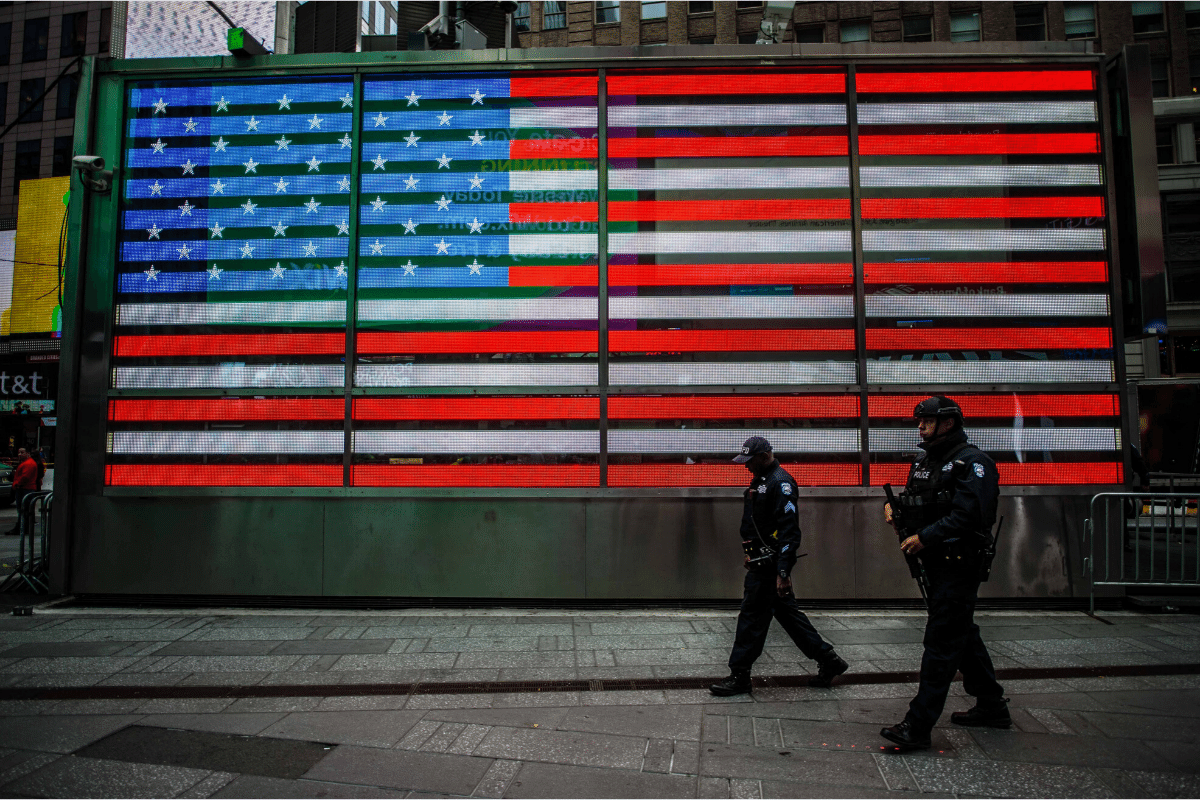 Tony Timpa was 32 years old when he died at the hands of the Dallas police in August 2016. He suffered from mental health difficulties and was unarmed. He wasn’t resisting arrest. He had called the cops from a parking lot while intoxicated because he thought he might be a danger to himself. By the time law enforcement arrived, he had already been handcuffed by the security guards of a store nearby. Even so, the police officers made him lie face down on the grass, and one of them pressed a knee into his back. He remained in this position for 13 minutes until he suffocated. During the harrowing recording of his final moments, he can be heard pleading for his life. A grand jury indictment of the officers involved was overturned.

Not many people have seen this video, however, and that may have something to do with the fact that Timpa was white. During the protests and agonizing discussions about police brutality that have followed the death of George Floyd under remarkably similar circumstances, it is too seldom acknowledged that white men are regularly killed by the cops as well, and that occasionally the cops responsible are black (as it happens, one of the Dallas police officers at the scene of Timpa’s death was an African American). There seems to be a widespread assumption that, under similar circumstances, white cops kill black people but not white people, and that this disparity is either the product of naked racism or underlying racist bias that emerges under pressure. Plenty of evidence indicates, however, that racism is less important to understanding police behavior than is commonly supposed.

Timpa was, of course, just one case and might be dismissed as an anomaly. On the other hand, we are told that what happened to George Floyd is what happens to black people “all the time.” But because the killing of black suspects by white police officers receives more media attention and elicits more outrage, such instances leave us vulnerable to the availability heuristic—a cognitive bias that leads us to form judgements about the prevalence of phenomena based on the readiness with which we can recall examples. Had Tony Timpa been black, we would all likely know his name by now. Had George Floyd been white, his name would likely be a footnote, briefly reported in Minneapolis local news and quickly forgotten. In fact, white people are victims of police mistreatment “all the time” too. And just as the Timpa case tragically parallels the Floyd one, there are countless episodes paralleling those we hear about involving black people.

So, the perception that the police regularly kill black people under circumstances in which white people would be merely disciplined is in fact a misperception. White people vastly outnumber black people in America, so it should be no surprise that more white people die at the hands of the cops each year than black people. According to a database of fatal police shootings maintained by the Washington Post since 2015, 1,003 people in a population of 328 million were shot by police nationwide in 2019. 405 of those victims were white and 250 were black (of the remaining cases, 163 were Hispanic, 41 are listed as “other,” and 144 as “unknown”). 309 white victims (76.2 percent) were carrying either a gun or a knife, while 199 black victims (79.6 percent) were similarly armed. It is also worth bearing in mind that while police shootings are sometimes perceived to be abuses per se, an analysis of the Post‘s 2015 data by Kimberly Kindy and Kennedy Elliott reminded readers that:

In three-quarters of the fatal shootings, police were under attack or defending someone who was. The officers were often lauded as heroes… 28 percent of those who died were shooting at officers or someone else. Sixteen percent were attacking with other weapons or physical force, and 31 percent were pointing a gun.

Nevertheless, it remains true that black people are killed at a rate disproportionate to their percentage of the population. Does this decisively demonstrate racial bias or murderous animus on the part of American law enforcement? Blacks represent about 13 percent of the US population but about a quarter of victims in cop killings. Whites constitute about 62 percent of the population but only half of those killed by the police. With slight fluctuations, these trends have been broadly consistent.

However, these figures are not necessarily evidence of police racism. According to the Washington Post‘s database, over 95 percent of the people fatally shot by police officers in 2019 were male, and no serious-minded person argues that this is evidence of systemic misandry. So what, then, accounts for the disproportionate representation of black men among those killed by cops?

The socioeconomic gap between blacks and whites is doubtless an important contributing factor. Police are called to poor neighborhoods more often, so poverty makes someone more likely to encounter law enforcement. From the 1970s through the 1990s, many conservatives argued that too many black people were on welfare. Liberals and progressives replied that, firstly, more white people were on welfare and that, secondly and more importantly, a greater proportion of the black population is on welfare because a greater proportion of black people are mired in poverty. In this context, former Washington Post journalist Wesley Lowery observed that black people are about two-and-a-half times more likely to be killed by cops than their representation in the population would predict. Today, the percentage of black people living in poverty is about two-and-a-half times that of whites (22 percent and nine percent, respectively, in 2018).

This disparity in poverty rates means black people are also disproportionately represented in rates of violent crime. Poverty can lead to dangerous survival choices that include lucrative criminal activity. Furthermore, outstanding warrants can cause suspects to flee law enforcement when stopped for other trivial infractions. This disparity cannot explain every fatal police shooting, including some of the most notorious examples, such as the shootings of Tamir Rice and Philando Castile. Nevertheless, the tragedy remains: Higher aggregate crime rates lead to more encounters with police officers overall which increases the likelihood that a proportion of those encounters will get out of hand. Entrenched socioeconomic disparities should concern us all, and are as intolerable as cop murders. But the idea that the police murder out of racist animus is much less clear than we are often led to suppose.

This is not to say that race has nothing to do with policing issues in America. Black people are disproportionately more likely to be pulled over for drug searches, a disparity that, interestingly, disappears after dusk when officers cannot easily identify the race of a driver. Black people are also more likely to be verbally abused by police during interactions. Contrary to his expectations, Harvard economist Roland Fryer has found that while white men are actually more likely to be killed by cops, black people are more likely to be handcuffed, pushed against the wall, and treated with weapons drawn. Blacks are still somewhat more likely than whites to suffer physical and verbal abuse from the cops even when the behavior of the suspect is taken into account. Findings like these contribute to a general sense that cops treat black people as an enemy.

Racist bias may well play a role in these statistical discrepancies in treatment. Certainly, this perception was as central to the protests in Ferguson, Missouri as the shooting of Michael Brown. If, upon close examination, that turns out to be the case, then this must obviously be addressed. The acrid relationship with police is among the main reasons that so many black people feel like aliens in their own nation. If a new generation of black people could grow up without the sense that the cops are their enemy, America would turn a corner on race and finally break its holding pattern.

Police officers are too often overarmed, undertrained, and low on empathy. Some police officers are surely racist and act like it. But it does not follow that white cops routinely kill black people in tense situations out of racist animus. This scenario may seem plausible—I believed it until only a few years ago. But there are times when facts are counterintuitive, and it is important to get the facts right and to analyze them with clear eyes and a clear mind (the enlightening work of criminologist and ex-cop Peter Moskos is helpful in this regard). Rhetoric has a way of straying from reality, and to get where we all want to go, it is reality that we must address.

John McWhorter is a contributing editor at the Atlantic and teaches linguistics at Columbia University. You can follow him on Twitter @JohnHMcWhorter.