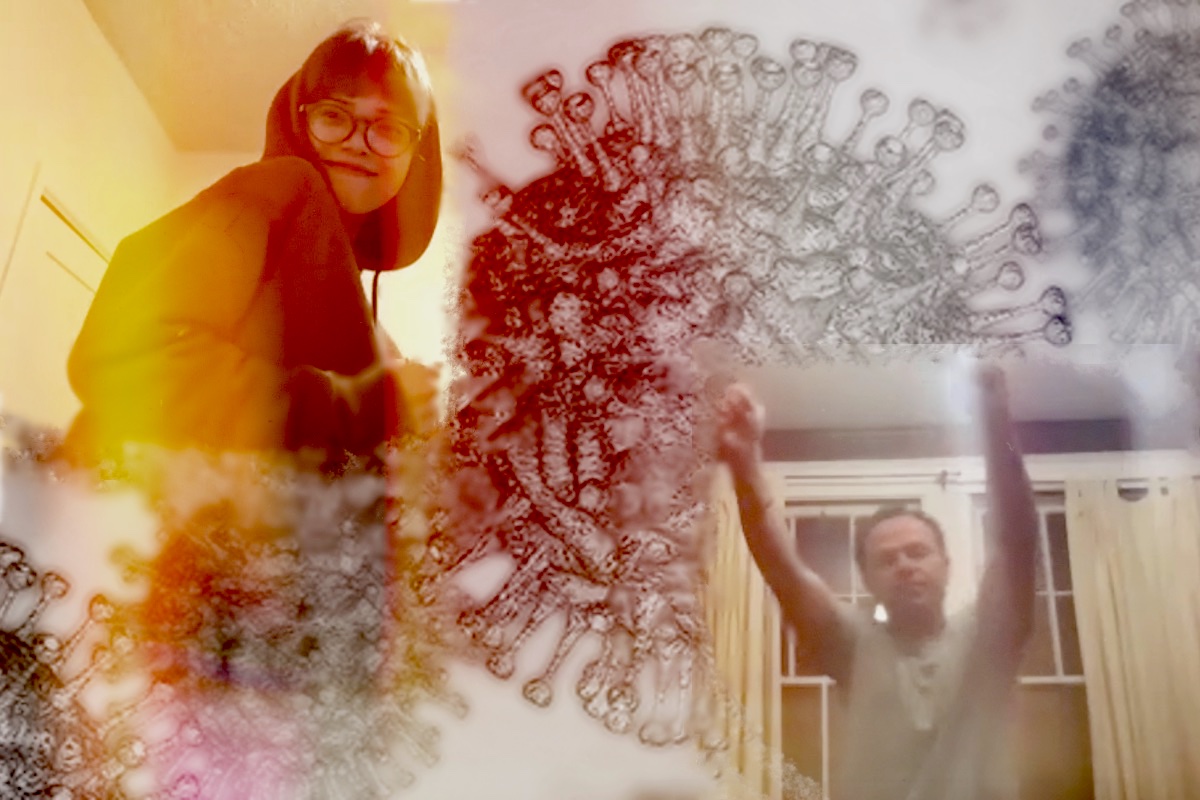 I’m a corona believer. I began to panic about two weeks before everything shut down. By panic, I mean I stocked up on food and necessities in case I wasn’t able to go out. I started making all my own meals. Washed my hands constantly and used hand sanitizer when I was outside. I procured face masks while they were still procurable. Just one box. I’m not hoarding. I’ve been fortunate that I’ve always bought toilet paper in bulk.

I also have reason to believe I might have had COVID-19 already. I was brutally ill in early February, right after traveling to New York and San Francisco. But many people want to believe they’ve already had the disease, and it’s an irresponsible way of thinking. Since I don’t know whether I have or haven’t had the disease, I don’t let it affect my behavior. It could be an excuse to endanger others. Ultimately, I’m less worried about getting the disease than I am about being responsible for someone else’s death.

I’ve stopped reading the first-person stories of people dying in the hospitals, or at home for lack of testing. I know the disease is brutal, I never doubted it. But the point of these articles is to convince the non-believers. To point out that even young people can still die awful, painful deaths. That spring-breakers are returning from Florida and killing their grandparents. I believe the stories, but a first-person anecdote is not data. I can see the social utility, but I’m also suspicious of it.

I live alone and have very little contact with people at the best of times. Now I have almost no in-person contact at all. A friend from Chicago texted me a story about New Orleans from the New York Times. We’re one of the hot spots, he said, Be careful.

I take this thing seriously. But that doesn’t mean I won’t get infected (if it hasn’t happened already). I’m not worried about getting infected. I’m worried about doing the right thing. There’s a difference.

What I mean is, you minimize social contact, you’re careful with hygiene, and definitely stay six feet away from everyone at all times. Have your groceries delivered, if possible. If you deal with cash, wash your hands.

The longer you can avoid touching a potentially infected surface, the better. I’m fortunate to have a screen porch. If I get a delivery, I put away what needs to be refrigerated, and I leave the rest on the porch as long as I can. Then I wash my hands.

I’m not rich. My apartment is 400 square feet, counting the bathroom. But I live alone, which is a luxury during a pandemic.

It’s also not a luxury. The loneliness is hard, and I’m crowded with uncomfortable thoughts.

I exercise every day, but it doesn’t take long. I leave the exercise mat unrolled. I do push ups, sit-ups, squats. Sometimes I go for bike rides. At the beginning of this mess, I was putting together care packets for the homeless people in the parks nearby—socks, lozenges, a sandwich, and a granola bar. I’d leave gallon ziplocks next to the people on benches and curled up in sleeping bags.

Recently, I’ve been dancing with my ex-girlfriend over Zoom for 10 minutes in the evening. You can play your computer audio on someone else’s computer, so we can dance to the same music at the same time. We dance and we laugh. Last night after dancing, we left the video going as we made dinner, then sat together, apart, eating bowls of rice and sausage. Then we turned the video off.

I’m mad at the government. I’m angry about the lack of ventilators and hospital beds, but really I’m upset that we can’t test everyone. We won’t fully return to being a functional society without widespread testing. We should be able to track and trace, and we should be able to test for antibodies so people know if they’ve already survived the disease (and if, for that reason, they’re unlikely to catch it again in the near future). I’ve never liked Donald Trump. But I will never forgive him for telling us three weeks ago that anybody who wants to get tested already can.

I think widespread testing is coming, probably within a few months—with results that won’t take days to get, so we don’t infect everybody in the meantime, the way Rand Paul did. The testing will help end the anxiety. But we’ll also have a stratified society. People who have immunity (at least in the short term) will be pushed into helping various industries, like healthcare. It might resemble some science fiction movie. One class of people allowed outside, and others expected to stay home. This could all be coming very soon.

With widespread testing, we’ll have real data. There are so many articles about the number of cases going up. But if you look into it, you often find they’re just testing more in that location. And the places with fewer cases are just testing less. There are other metrics: emergency room visits, deaths. But we’re lacking a lot of information.

Once we have widespread testing, we might not need so many anecdotal stories tugging our heart strings, trying to get children to stay home, convincing millennials that the disease can affect anyone, telling conservatives that the threat is real. It’s logical to approach this from a place of fear and err on the side of caution. It’s the right thing to do in the face of the unknown. Widespread testing is the first plank on the bridge to the other side of that.

My country’s failure to lead has twisted my faith. I was never particularly nationalistic, but I was also never anti-American. I was a liberal, but it didn’t bother me to see flags in windows following 9/11. But now, instead of widespread testing, we’re asking Korea for help. It seems we should be the country that helps others. But that’s not where we are now.

All of my work has stopped. I have no way of making income currently. When the bailout comes through, I’ll be able to cash my retirement account without penalty and that will be the thing that keeps me floating for a while. After that, I don’t know. I think I’ll be fine.

I was on a bike ride the other day, and I texted a friend to say I was in the neighbourhood. But my friend wasn’t having visitors. I would never give someone a hard time for isolating, so I said that I understood. This person has no children, doesn’t go out in groups and has virtually no in-person contact. My friend is 40 and healthy. I’m 48 and have Multiple Sclerosis. If we were to get sick, we would be unlikely to pass it on to anyone. We both live alone.

We could have had a conversation in the front yard, with distance between us. It seemed a reasonable risk to take.

When I leave the house, I wash my hands, despite no one else being in my house, and despite the fact I already washed my hands whenever I came home last. I do that because it’s what I hope other people will do.

Sometimes, my ethics are Kantian. Would I want *everyone* to visit their friends? I think if they were living alone, and they could do it in the front yard and not have to enter each other’s apartments, and were both taking the pandemic seriously, then yes. But I don’t have special knowledge.

I don’t want to make anyone sick, or unhappy. But there are no guarantees. And both conditions seem equally contagious.

Stephen Elliott is the author of eight books including The Adderall Diaries. Follow him on Twitter at @S___Elliott.