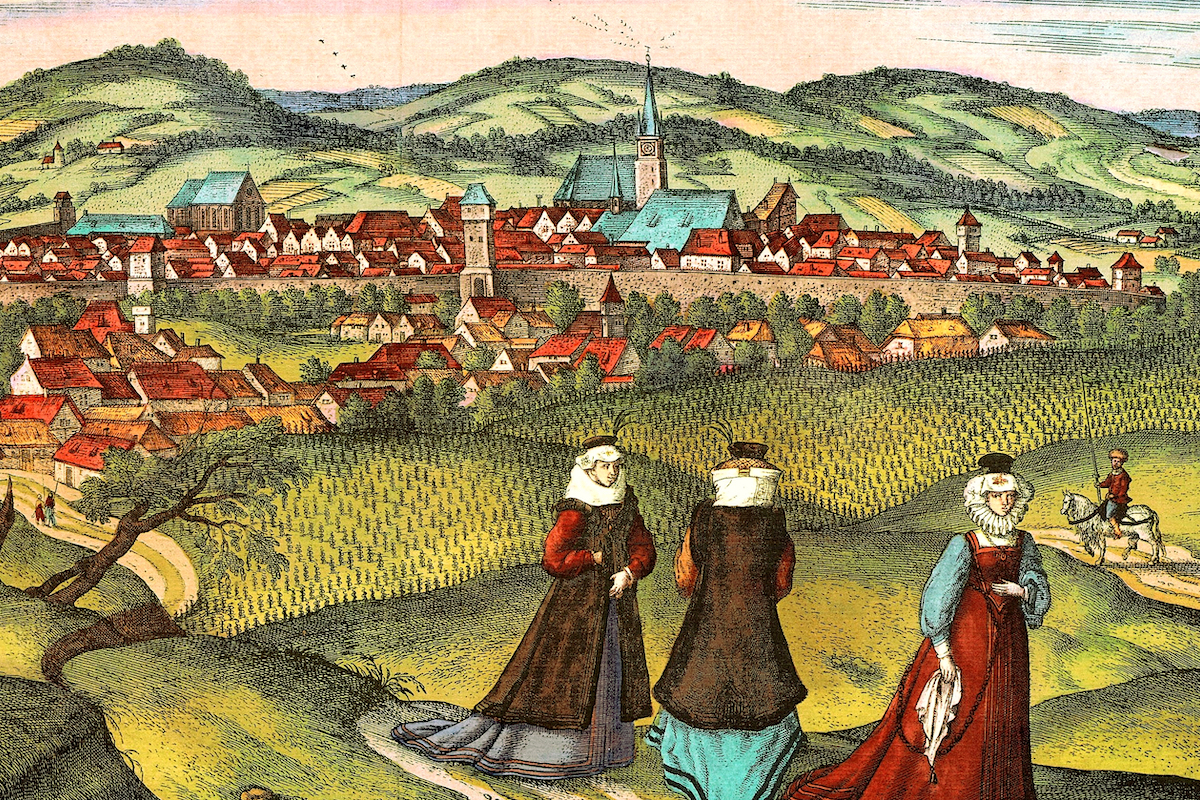 In 1968, ecologist Garrett Hardin wrote a famous essay titled The Tragedy of the Commons. Borrowing from an example first employed by William Forster Lloyd in 1883, Hardin explained why a common pasture is prone to being ruined from overgrazing. His goal was to lay out the basic logic of what is now known in game theory as the commons dilemma. In doing so, he hoped to demonstrate why the problem of overpopulation is so daunting and would therefore likely require the exercise of government power to solve it.

These kinds of problems are prevalent in large societies and they are hard to solve. They are not the result of stupidity or irrationality. Most cannot be solved by creating rules against socially ruinous behavior even if everyone endorses the rules and agrees to obey them.

The reason why commons-dilemma problems are so hard to solve is that they are the result of perfectly rational behavior. A central tenet of economics is that individually rational behavior is normally consistent with promoting the common good. But when the benefits and the costs of actions are not realized by the same decision-maker, a wedge is driven between the common good and that which most benefits the individual.

Consider Hardin’s common pasture. Suppose there is an amount of total grazing that best promotes the common good, so the village establishes a rule limiting grazing to achieve that result. If we set aside morality, then the problem is that in all but the smallest villages, such a level of grazing will not be achieved because such a rule will not be followed. This is true even if everyone agrees with the wisdom of the rule. This is because each individual knows he can do even better if he overgrazes a little while everyone else follows the rule.

The crux of the problem is that the benefit of breaking the rule is enjoyed solely by the opportunist, while the cost of doing so is shared by the entire village. In this case, the benefit to the opportunistic farmer is that his cows get to eat an additional bushel of grass. The cost is that this leaves one fewer bushels of grass in the common to be shared by all farmers tomorrow.

This strong incentive to renege on an agreed level of grazing produces a paradoxical result. If morality is ignored—that is, if the rational promotion of self-interest is all that drives decision-making—then each farmer will rationally act to improve his welfare by breaking the rule if he thinks it very unlikely that he will be caught. But when they all do so, they all end up worse off because the common pasture is then ruined. This is called a dilemma because the behavior involved is perfectly rational for the decision-makers involved, so there appears to be no rational way out of the problem.

We naturally suspect that a small common pasture shared by only a few farmers is not likely to be ruined by overgrazing. Three farmers can easily devise the kind of communal solution that scholar Elinor Ostrom documented in her work. It’s easy to keep an eye on just two other farmers who use the same 150-acre common pasture. Even if one could get away with cheating, the benefit derived from doing so would likely harm the other two enough to arouse suspicion. And since actual farmers are not likely to be completely amoral, their innate moral reluctance to harm others would also likely arouse feelings of guilt for having harmed their neighbors noticeably.

But what about a 10,000-acre common used by 200 farmers? This is the same number of acres per farmer, but sheer size produces an important difference. Sheer size drives the effect of a little more grazing by one farmer on the whole commons to essentially zero. It is almost certain no one will even notice if a little more grass is eaten, so the innate moral reluctance to harm others will be rendered moot. But this is true for all farmers from the village, so they all do it, and because they all do it, the common pasture is slowly but surely ruined. As we consider ever larger villages and common pastures, the wedge between individual welfare and the common good widens, so the problem worsens.

How does Hardin’s common pasture relate to the cultural commons? In the cultural commons, each untrustworthy act amounts to taking advantage of the high-trust society that has been built up over the years. The benefit of doing so for any citizen might be great, but the harm done to a large, high-trust society is often imperceptible. Just as one more bushel of grass does not noticeably degrade a large common pasture, one more act of untrustworthiness does not destroy a large, high-trust society’s trust conventions or noticeably change its level of total output.

Suppose you discover a chance to exaggerate a tax deduction with no chance of being caught to get an additional refund of $500. The benefit to you is having another $500 to spend. In a society of 25 persons, this act would cost each individual $20. This might be noticed, and even if it wasn’t, your innate moral reluctance to harm others would likely lead you to expect to feel guilty.

But things are very different for a large society like the United States. In the United States the cost to other individuals is $500 divided by 325 million people. This is obviously too small to be noticed, and will not produce guilt due to harming another person. So the cultural commons of a large society is far more likely to suffer from trust-eroding opportunism than the cultural commons of a small society.

More generally, if the rational promotion of self-interest is unbridled by moral restraint, then everyone will act on all golden opportunities. This is the very definition of an untrustworthy person. In large societies especially, this ruins the cultural commons because when individuals behave in an untrustworthy way, they enjoy all of the benefit from doing so while bearing little or no cost. And even if individuals possess a measure of moral restraint due to their innate moral reluctance to harm others, the cost of experiencing feelings of guilt will be driven to nearly zero because there will be little or no harm done to those with whom these individuals can empathize.

This is devastating because such completely rational opportunism makes it irrational for people to presume that others are trustworthy. This destroys the high-trust society, which drives up transaction costs directly because we can’t trust each other. It also drives up transaction costs indirectly by making it impossible to sustain highly trust-dependent institutions.

For some time, the effect of group size on trust was largely overlooked in theoretical and empirical work because trust was typically framed in small-group terms. Even when using large samples of anonymous subjects, trust was still modeled in bilateral fashion. This meant the harm done to B from A’s taking advantage of B is fully or mostly borne by B, so the guilt A would expect to feel from harming B would be significant even if B were a stranger, because our ability to empathize makes us think of even strangers as individual persons whose lives matter.

More recent work considers the effect of group size on trust, and some of it takes care not to model trust in bilateral fashion. Broadly, the evidence shows that trust behavior weakens with group size, which obviously presents a problem for societies that hope to benefit from large-group cooperation. People appear to prefer limiting trust to small groups where they can most rationally count on others’ unwillingness to harm them. This suggests that overcoming the commons dilemma is likely to be very hard for large societies.

The most obvious example of how a common pasture’s upkeep might be neglected would be failing to adequately fertilize it. Similarly, a high-trust society’s upkeep might be neglected by failing to adequately cultivate pro-social behaviors and moral values, since individuals who possess these qualities are more likely to be good people who will provide a better start for building a good society, all else the same. But as concerning as this form of neglect is for a high-trust society, it pales in comparison to neglecting to invest adequate resources into combating the abuse problem.

Fertilizing to increase the productivity of a common pasture is futile if overgrazing is out of control. A village cannot spread enough fertilizer to beat an overgrazing problem any more than an individual can earn enough money to beat an overspending problem. A farmer who is willing to break the rules will just graze more cattle when increased fertilizing produces more grass per acre. Similarly, making better people by cultivating pro-social behaviors and moral values is equally futile if opportunism in general and untrustworthy behavior in particular are not strongly suppressed.

Suppose a firm has expensive machine tools that are frequently stolen. Buying better machine tools or buying them at a faster rate will not solve the problem; it will likely make it worse. What is needed is investment of resources into combating theft, in addressing the abuse directly by, for example, investing resources into security personnel. No amount of investment into machine tools that can increase the productivity of the firm will actually increase the productivity of the firm if the abuse problem is not addressed.

Analogously, no amount of investment into the cultural commons to cultivate pro-social behaviors and moral values will produce a high-trust society if the abuse problem is not adequately addressed. Lots of nice people can try to create a high-trust society by example, but if more than a small proportion of the population always acts on golden opportunities to benefit themselves at the expense of the common good, this approach cannot work. Rational people, even very nice rational people, will not extend trust to strangers if it is irrational to do so.

A large society that aspires to be a high-trust society therefore needs to address the abuse problem above all else. How can this be done? One way to produce this result is through a moral belief that behaving in an opportunistic way is inherently wrong (not from a moral belief that requires a calculation of what is morally best at the point of decision). For persons who have such beliefs, it is irrelevant that a forbidden act might bring great personal reward and noticeably harm no one.

Actually achieving this condition is difficult. It requires investment into the inculcation of moral beliefs that have little reason to come naturally to us, because in the small-group environment we evolved in, harm-based moral restraint was normally sufficient to produce adequate trust. Large-group trust is superfluous in small groups, so ideas pertinent to large-group trust but not small-group trust have had no reason to be reinforced by cultural natural selection.

Only once the abuse problem is addressed—by investing adequately into the inculcation of moral beliefs that can produce trustworthiness in large-group contexts—does it becomes worthwhile for a society to invest in pro-social behaviors and moral values (as well as building up the kind of virtues discussed by Aristotle, Max Weber and Deirdre McCloskey). The societies that adequately address the abuse problem and also invest heavily in such prosocial behaviors, moral values and virtues are the societies that flourish the most.