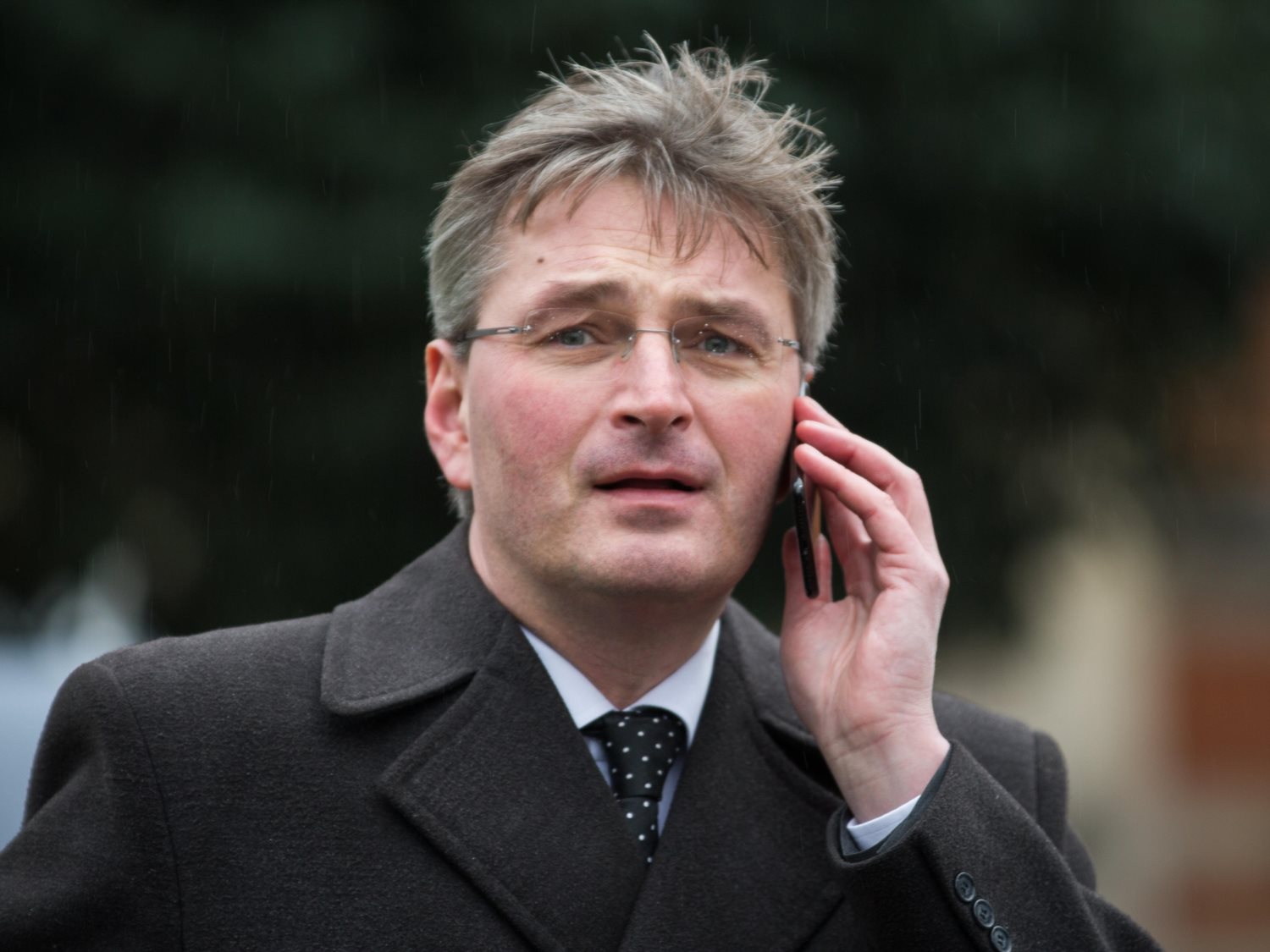 Two weeks ago, the Edmund Burke Foundation convened a conference on national conservatism in Rome. The conference committee, of which both of us were members, brought together hundreds of academics, politicians, students, and journalists from across Europe and the US to discuss the most important political development of our time—the revival of the idea of the independent national state.

In the two weeks since the conference, the organizers and certain participants have been subjected to a torrent of smears from UK media and political sources. It’s no surprise that the Guardian and Buzzfeed took the lead in condemning a conference of conservatives as an anti-Semitic event “packed full of racists, homophobes, and Islamophobes.” These have become familiar tropes of the anti-intellectual Left.

But one aspect of the attacks should trouble anyone who regards himself or herself as a conservative: The reaction of the UK Conservative Party to criticism of one of its own MPs, Daniel Kawczynski, who attended the conference to give a talk on Brexit. Not only did the Tories fail to come to Kawczynski’s defence when the media mob descended on him and his party. They joined the mob and threw him under the bus. A party spokesman announced that Kawczynski had been “formally warned that his attendance at this event was not acceptable, particularly in light of the views of some of those in attendance, which we utterly condemn, and that he is expected to hold himself to higher standards.”

Read those words carefully: The Conservative Party has “formally warned” an elected Member of Parliament for attending a public conference, and “utterly condemned” the views of some others in attendance—without even deigning to say whose views or which views it deems worthy of condemnation. This about a conference of elected officials and respected public intellectuals from across Europe.

The sad truth is that, faced with a few fake media accusations, the Tories panicked. They made no effort to check the facts. They didn’t contact any of the conference organizers, including prominent mainstream figures who have served for decades at the forefront of Anglo-American conservatism—not to mention two conference committee members who are Jewish, and might have had a thing or two to say about this supposedly anti-Semitic event.

Instead, the Conservative Party repeated its ignominious condemnation of Sir Roger Scruton in 2019, for which it later apologized. The Tories accepted a version of events put forward by news organizations that they know quite well detest conservatives. They ran frightened before the attack by their opponents and ending up saying just what the Left wanted them to say.

What would the Tories have learned if they had picked up the phone and called the organizers? Or read up about national conservatism on our website or in the non-Left media?

They would have discovered that the Rome conference is part of a series of national conservatism conferences, begun in London and Washington in 2019, featuring a range of well-known conservatives including John Bolton, Tucker Carlson, Patrick Deneen, Mary Eberstadt, Daniel Hannan, Josh Hawley, Ryszard Legutko, Douglas Murray, John O’Sullivan, R.R. Reno, Roger Scruton, Amity Shlaes, Peter Thiel, and many others of stature and accomplishment.

The purpose of these conferences is to explore and debate the proposition that the past and future of conservatism are inextricably tied to the idea of the nation and the principle of national independence. Our conferences are precisely, emphatically opposed to the racialism and tribalism that have become obsessions on the Left and the source of their evidence-free attacks: We believe that reviving national traditions, loyalties, and aspirations is essential to binding together constituent peoples and communities, to protecting their freedoms and promoting their prosperity.

In this spirit, the Rome National Conservatism Conference was entitled “God, Honor, Country: President Ronald Reagan, Pope John Paul II, and the Freedom of Nations.” At the conference, we commemorated John Paul II’s centennial year, revisiting his historic alliance with Reagan and British Prime Minister Margaret Thatcher—an alliance that defeated communism and re-established national independence, self-determination, and religious freedom in Eastern Europe after 1989. Naturally, much of the discussion—coming on the first business day of Britain’s post-Brexit independence—concerned the UK’s momentous step and its implications for politics and prosperity on both sides of the Channel.

The conference also paid tribute to Sir Roger Scruton, our friend, teacher, and collaborator who passed away on January 12th, having been exonerated of the Tories’ condemnation of him in the last year of his life.

It is disturbing indeed that a legitimate public conference, convened to discuss the history, political philosophy, and current relevance of the idea of the nation state, can be twisted into a weapon for “cancelling” British conservatives who participated in good faith—thereby shutting down the possibility of respectful discussion of these topics in the UK.

Of course, the Conservative Party claimed that it was taking this action “in light of the views of some of those in attendance.” And it is certainly true that there are bad actors on the European and American right.

As conference organizers, it is our job to ensure that our growing movement of national conservatives is not hijacked by political racialists and anti-Semites or by anti-democratic agitators. That is our policy and practice, which we have pursued aggressively. As is evident from a simple Google search, the Edmund Burke Foundation and its conferences have been repeatedly and viciously attacked by alt-Right publications and figures for excluding racialists and anti-Semites from our events.

Does this mean that we have excluded everyone that the Guardian and Buzzfeed would have liked? Obviously not. But we are unwilling give the leftist media, which despises conservatives, a veto over who gets to speak at our conferences.

Instead, we have done our own research and exercised our own judgment.

What have we found? Among other things, we agree with Douglas Murray, in his report from the Rome conference, that in British public discourse, “governments and parties are being called ‘far-right’ when they are not, and whole countries and movements are being anathemised when they will—must, in fact—be partners in the years ahead.”

And take a look at “Among the National Conservatives,” a moving essay by the celebrated American conservative intellectual Rod Dreher, which describes his two days of meeting European conservatives in Rome. Dreher, too, found that the conference participants were simply “normal” conservatives—a picture diametrically opposed to the one presented in the UK media and adopted by the Tories.

The Conservative Party’s dependence on the leftist media to decide for them who is a legitimate conservative—and who is a racialist or an anti-Semite—must come to an end. The Tories are now governing an independent country. Independent Britain will need friends and admirers and allies in other countries. It cannot afford to discard these friends and allies every time the Guardian decides to say that someone is “far Right” or “anti-Semitic.”

In the coming years, one of the best opportunities for meeting pro-British conservatives from other countries will be at the Burke Foundation’s National Conservatism Conferences. The next one will be in Washington, D.C. on June 21st — 23rd.

The June conference presents the UK Conservative Party with a test: We intend to invite a robust delegation of British Conservatives to exchange ideas with us, and the leftist British media will certainly roll out its standard attacks and attempt to block their participation.

Will the Tories again cower in fear, offering comfort to their opponents while recklessly smearing their friends? Or will they have the character to stand up to the relentless hatred that is directed at everything conservative, and to send delegates to the National Conservatism Conference in Washington?

Christopher DeMuth, a distinguished fellow at the Hudson Institute in Washington and former president of the American Enterprise Institute, is chairman of the National Conservatism Conference.

Yoram Hazony, president of the Herzl Institute in Jerusalem and author of The Virtue of Nationalism, is chairman of the Edmund Burke Foundation. Follow him on Twitter @yhazony