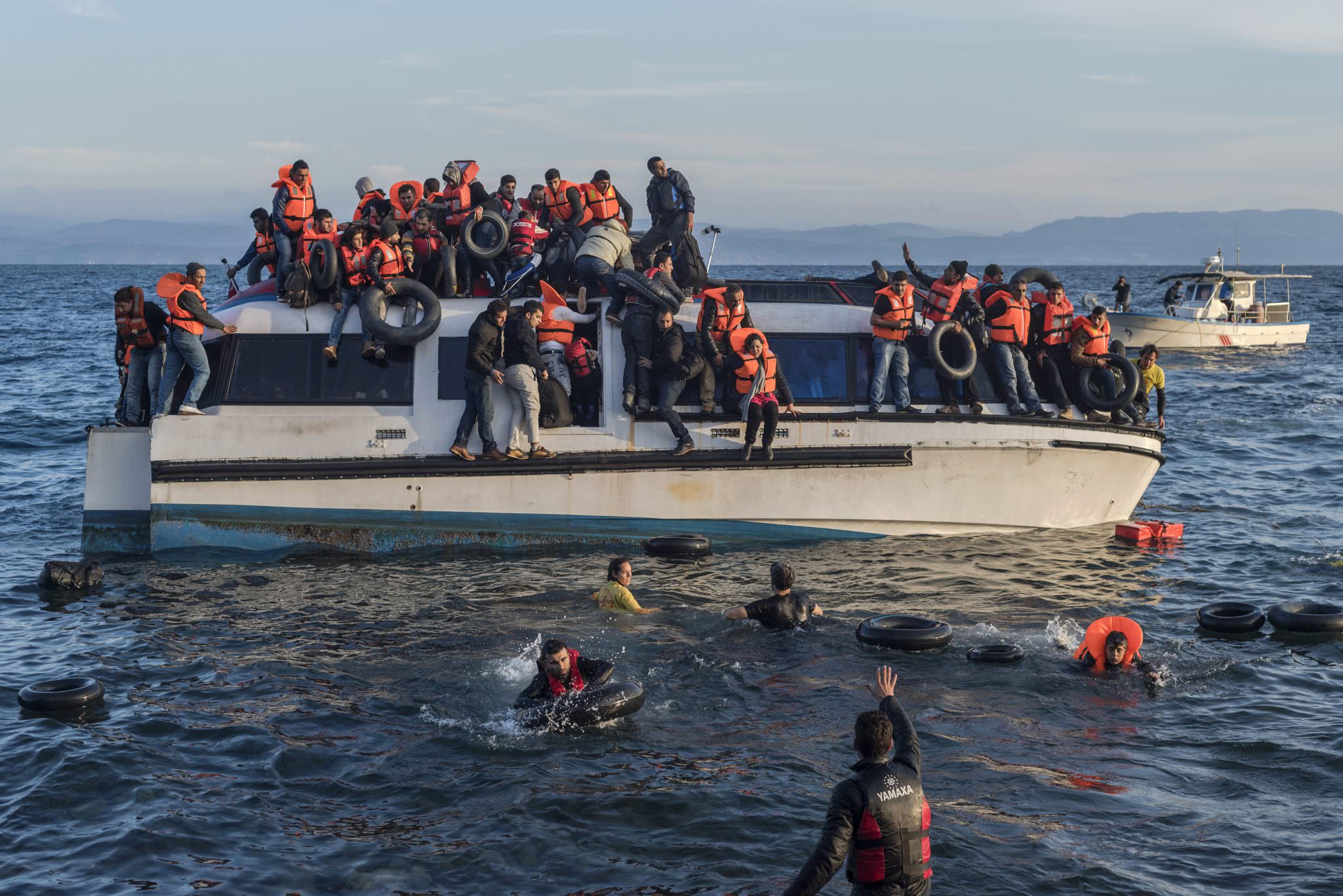 Recently, conservative governments on both sides of the Atlantic have been working hard to make refugee migration more difficult. In the United States, Donald Trump signed an executive order shortly after his inauguration blocking refugees and immigrants from seven Muslim-majority countries. In the United Kingdom, the government has announced that the Dubs programme, a scheme to resettle unaccompanied child refugees, will be closed down. When the ‘Dubs amendment’ to the Immigration Act passed last year, its supporters thought that Britain had committed to taking in 3000 child refugees. By the time the scheme is discontinued this month, Britain will have resettled only 350.

Both moves now face legal action, with some significant progress already made in the American courts. But even as we let the lawyers work to protect civil liberties, it is imperative that conservatives make amends for their recent failure to stand up for refugee rights. Conservatives are supposed to be the political stewards of life, liberty, responsibility, and inheritance. But on the issue of refugee rights, we are failing our characteristically staunch commitment to these values.

Conservatives’ concern for human life leads many of us to hold pro-life and anti-euthanasia stances. But today’s mainstream conservatism does not fully extend this concern to the lives of Syrian refugees. We should make no mistake about this: our resistance to supporting resettlement plans for Syrian refugees is costing lives.

We owe a considerable moral debt to refugees. Time after time, Western nations have failed to step in and prevent problems in Syria from worsening. We allowed a tyrant to ramp up his murderous methods and violate “red lines” with impunity, and we resisted supporting major allies like Turkey. Every time Bashar al-Assad crossed a new line our politicians said “that’s enough” and then let him continue. Small arms fire preceded the mass use of artillery; helicopter gunships were followed by chemical weapons. Conservatives pride themselves on a deep sense of responsibility. We do not absolve ourselves of duty. But we are refusing to deal with a refugee crisis we failed to prevent, and it is our responsibility and duty to make amends for this failure.

British philosopher Roger Scruton famously described conservatism as a “philosophy of inheritance and stewardship; it does not squander resources but strives to enhance them and pass them on.” This might sound like a purely economic statement, but it goes deeper. Our history, our culture, and our values are all precious and cherished resources. When conservatives oppose refugee migration, they harm all three and damage the inheritance of future generations.

Modern British and American history is filled with examples of both nations working to save lives ruined by conflict. America is a nation founded on immigration – first from Britain, then from across the world – and it has consistently reaffirmed its foundations by welcoming those fleeing from tyranny. In 1948, Congress passed refugee legislation that would admit more than 250,000 displaced Europeans, later expanded to allow for the migration of an additional 400,000. In the 1960s, Koreans, Hungarians, Cubans, and Russians fled communist oppression for the freedom of the United States. It was during this period that many private religious organisations assisted the state with refugee migration, showing that American citizens recognised their nation’s role as a beacon of liberty. Since 1975, the United States has resettled over three million refugees, the majority of them from the former Soviet Union.

Britain also has a proud history of refugee resettlement. During the Second World War, 100,000 Jews were welcomed to British shores. In the 1970s, Britain leapt into action to save thousands of Ugandan Asians expelled by the military dictatorship of Idi Amin. In Britain and America, conservatives must reaffirm this legacy – a legacy that provides an inheritance of freedom to people persecuted around the world – for those fleeing war in Syria. By doing this, conservatives will also be stewarding our history of aiding refugees so that future generations may inherit it.

The final and most important conservative value damaged by opposition to refugee migration is liberty. Conservatives usually aim to reduce the state’s influence in our lives. We oppose being lectured on our lifestyle choices, put under blanket surveillance, and excessively taxed. We should extend the same pro-freedom attitude towards the movement of people, especially when that freedom provides a vital opportunity to refugees fleeing tyranny and war.

In response to the arguments made above, conservatives who oppose liberalised refugee migration usually make two objections: that increased refugee migration will surely lead to an overwhelming rate of crime and domestic terrorism, and that the United States and the United Kingdom are already doing their fair share while nations located closer to the crisis should be doing a lot more. Neither objection is persuasive.

Firstly, despite typically relying on honest, empirical analysis when discussing domestic crime-related issues, conservatives have repeatedly fallen for false or overhyped reporting on refugee-related criminality. For example, in Germany – where the conservative, Christian government has promoted a liberal attitude to refugee immigration – there has been little change in criminality or native employment due to mass migration. As this study from the University of Strathclyde reveals, the influx of refugees has not displaced native workers, and any increases in crime have been “very small”. Alex Nowrasteh of the libertarian Cato Institute has effectively dealt with the refugee terrorism issue in this study, which I urge all refugee-fearing conservatives to read.

Secondly, it is true that Western nations have, on the whole, been immensely generous in their response to the refugee crisis. America and Britain have both committed to targeted aid spending and have already resettled refugees from the affected areas. It is also true that many Arabian countries have done very little. But it is terribly depressing to listen to conservatives who have written fine books and delivered great speeches on American or British exceptionalism arguing that we should do less because of our geographical position. We are richer than Saudi Arabia. We are more powerful than Saudi Arabia. We are more charitable than Saudi Arabia. Western countries are, in all conceivable methods of measurement, superior to Arabian nations. It is because our countries are superior to Arabian countries that we should be taking in more refugees. Why do anti-refugee conservatives belittle our greatness by arguing that our commitment should be lower due to our distance from the crisis? As I have argued already, we have a moral responsibility to meet and reputations to uphold. It would be shameful if we dismissed both due to a mere lack of geographical proximity.

I have spoken a lot about conservative theory and values, so now it is time for some practical suggestions. In terms of the number of refugees that Britain and the United States should be looking to accommodate, I believe that the best route is ‘more, but not too many’. Indeed, in true conservative spirit, this process should be sensible, measured and secure. Conservatives do not fall for the false promise of utopia, we are aware that the fabric of society relies on integration and mutual respect. With unlimited numbers of refugees, I suspect that both of these things would be damaged.

In regards to the vetting process, conservatives should advocate a simple background check policy that investigates travel history and affiliations to extremist groups. Sadly, British and American authorities have strayed from this rigorous but basic approach. A British Tory MP has argued for dental tests to verify age and American border patrols have inspected the social media accounts of refugees and green card holders in order to scrutinise political views. This is impractical silliness which won’t help secure our countries.

As the refugee crisis worsens, conservatives should be offering practical and moral solutions. We should be promoting a response that saves lives, defends human freedom, acknowledges our responsibilities, and honours our liberal history. If we fail to do so, conservatives will have abandoned their principles when faced with one of the most pressing issues of our time.