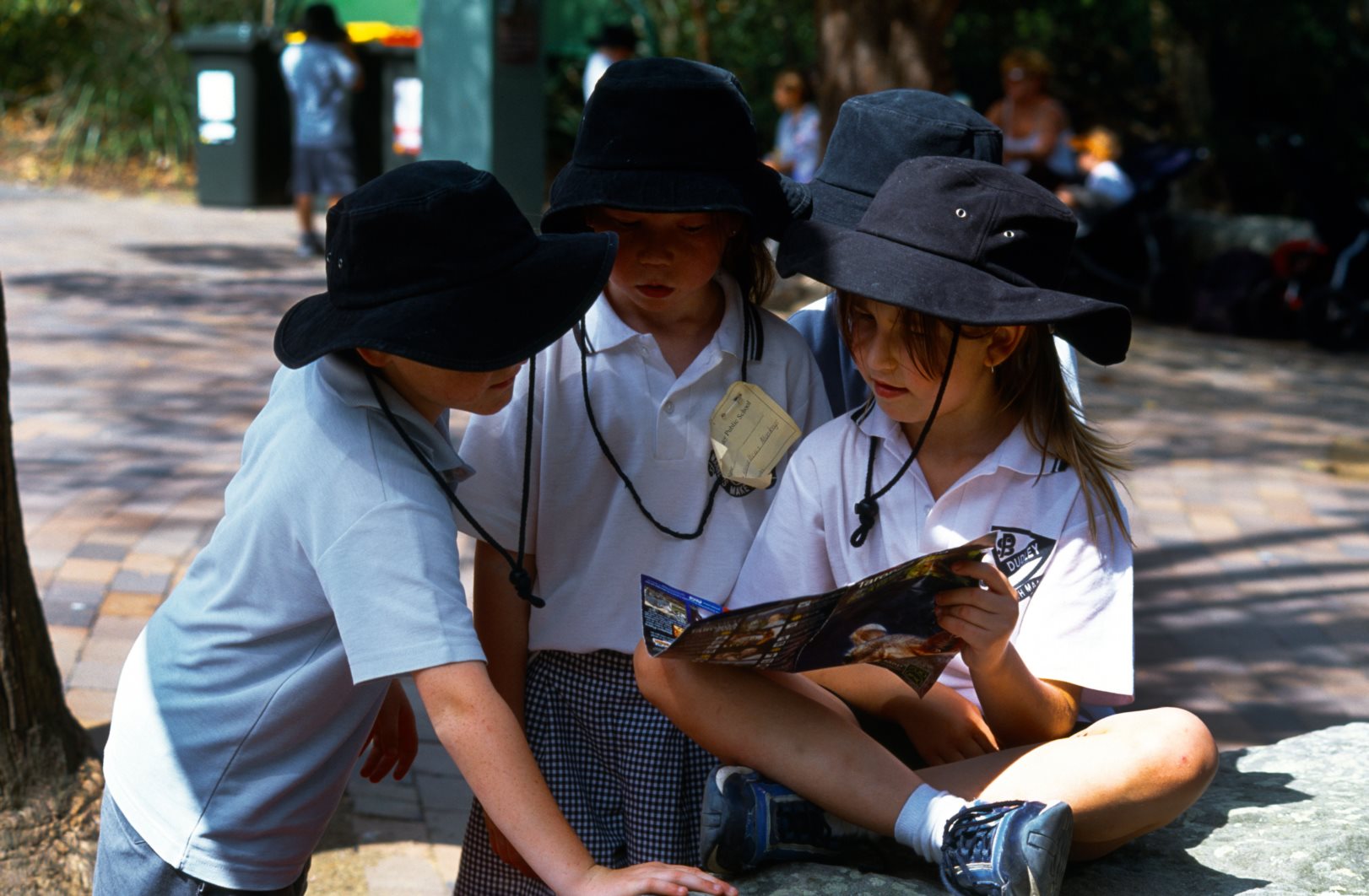 Last week, the latest results from the Programme for International Student Assessment (PISA) were released. These were based on tests taken in 2018 in reading, mathematics and science by a sample of students from each of the relatively wealthy OECD member countries as well as a range of other partner countries. Importantly, PISA researchers also surveyed participants on everything from their social media use to classroom climate.

The results have rightly produced a great deal of comment in Australia because they are further evidence of the country’s long-term decline in education. Mathematics and science have both continued their relentless downward drift and although reading held steady since the last round of testing in 2015, it has slid a long way since the first round in 2000.

In the context of Australia’s PISA results, it is tempting to look to the results from other countries for ideas on how the country can get out of this rut. Over the last decade or so, the region most cited by educationalists as an example to follow is the small Northern European nation of Finland. This time, the focus is shifting to its even smaller neighbour, Estonia.

Finland was the darling of the early rounds of PISA. Plane loads of bureaucrats and educationalists arrived to have a good look at its magic mix of herbs and spices. Unfortunately, the spectacles they were wearing had leaden ideological lenses and they only saw what they wanted to see: Finland does not test students. Finland has no academic selection. Schools are free to teach how and what they like. All of these propositions do not bear close scrutiny.

Using a weird form of policy time travel, commentators have even pointed to newly introduced initiatives such as phenomenon-based learning—similar to the project-based learning that’s fashionable in Australia—and implied that these initiatives are somehow associated with Finland’s past success. It is important to note that PISA is an assessment of 15-year-olds, i.e. the products of around 10 years of schooling. If we want to know the causes of Finland’s phenomenal success in 2006, we therefore need to look at what they were doing before 2000.

Taking a long view is particularly important in the case of Finland because its results have significantly declined since 2006. That means that those noughties junkets inevitably gathered information about some practices that are associated with this decline.

Yet despite Finland’s drop in performance, educationalists have stayed loyal, perhaps because it offers a more ideologically palatable vision than high performers from East Asia with their explicit teaching, memorisation and textbooks. And yet, the latest Finnish slide in all three PISA subjects has prompted a certain amount of repositioning. Estonia is now being hailed as the example to follow and the myth-making has begun. Estonia has scored highly since it first entered PISA, but nobody really knows why, least of all the Estonians. And so a blank canvas awaits an astute educationalist on the make. Is it because Estonians have a ‘growth mindset,’ i.e. a belief that success is more the result of hard work than talent? Probably not, given that other nations have similar growth mindset scores in the latest PISA tests, despite performing far worse. However, such caveats have never dampened PISA speculation fever in the past.

And isn’t this all a little absurd? There are almost as many people living in Sydney as there are in the whole of Finland. And education systems vary on many other factors relevant to educational performance that aren’t under the control of education policy-makers. A non-exhaustive list would include relative wealth, the cultural value placed on education, the economic returns to being well educated, the prevalence of home tutoring, the homogeneity of the population, and the urban versus rural population mix. Get all these factors pointing in the right direction and you can ace PISA with relatively mediocre schools. This is why it is worth looking at trends within systems rather than relative position in an international league table.

Poland is on a roughly upward trajectory and so it might be worth looking at their recent policy changes. England is also improving in mathematics and there are tentative signs of progress in reading, even if science scores seems to have declined. This is particularly interesting because the U.K. is involved in a natural experiment with its four education systems (one for each of the constituent nations) embarking on very different reforms.

Scotland and Wales have both listened to progressive educationalists and developed high-level and aspirational policies focused on interdisciplinary learning and so-called 21st-century skills. Scotland is a little further down this rabbit hole than Wales and the signs from PISA are not encouraging, particularly for a country that has traditionally prided itself on the superiority of its education system over other parts of the U.K. Its science scores have slid further than in England and its maths scores have slipped while England’s have risen. The good news is an improvement in reading on its test scores in 2012 and 2015, although they are only back to where they were in 2009.

England’s approach has been quite different to Scotland’s and has mixed school autonomy and accountability policies with a focus on curriculum content, while importing some ideas about maths teaching from East Asia. England has also reformed the teaching of early reading by establishing a phonics screening check—knowledge of the relationships between letters and sounds is a critical component of learning to read. However, it’s probably too early for the effects of these approaches to show up yet in the PISA tests.

So What Should Australia Do?

One area where Australia stands out from the rest of the OECD is, unfortunately, the climate of its schools. In the PISA survey, Australian students reported very high levels of bullying and classroom disruption. Why this is a particular problem in Australia should be a cause of national introspection, but it is unlikely to move the educational establishment which suffers from an ideological blockage in this area. Australian experts tend to reject any focus on behaviour as a kind of wrongthink. What sort of monster wants students to be managed and controlled? The answer, of course, is the other kids in the class who are being bullied or having their education disrupted.

If a teacher cannot teach due to a lack of classroom order then it doesn’t really matter what or how they are trying to teach. So this is the first issue Australia must address.

Despite being only a few years old, England’s reforms at least have the advantage of being consistent with what we know from other education research and from cognitive science. Curriculum content is extremely important. We understand new concepts by relating them to concepts we already know. Knowledge is what we think with. Having sufficient knowledge in our long-term memories is a workaround for the fact that we have a highly constrained working memory—the thoughts we are conscious of at any given time. By focusing on exactly what we want students to learn and in what sequence, we give them a superpower to understand new knowledge when they read it, to solve problems, and to think critically.

Unfortunately, education experts tend to talk in abstract terms, as if qualities such as critical thinking are generic, transferable skills that can be developed in the same way we might exercise a muscle. This is not the case. This head-in-the-clouds approach is as much a systemic as ideological issue. Unlike other professions, education experts are often completely removed from practice. Abstract and vague proposals will continue to be a problem as long as educationalists continue to have no idea how to actually teach reading to a five-year-old or the particle theory of matter to a 12-year-old.

Reforming Australia’s national curriculum to make it more knowledge-rich, as has happened in England, would be a step in the right direction. However, rewriting a document on a government server is not enough. What matters is the enacted curriculum. At present, teachers are expected to design all of their own lessons and source all of their own materials. It is as if we insisted that surgeons, as a sign of their professionalism, should design all of their own surgical procedures. Instead, we need to put high quality, curriculum-aligned teaching resources into teachers’ hands.

Only once we have solved the problem of what to teach does the problem of how to teach become relevant. This is an easy question to resolve. We have known since at least the 1960s that the most effective teachers take an explicit approach to teaching academic subjects. Concepts are fully explained in a fairly didactic way and lessons are highly interactive to retain children’s attention and to allow the teacher to address any misconceptions quickly. Unfortunately, despite being favoured by the high-performing East Asian education systems, such teaching is deeply unfashionable in Australia. Anti-authoritarian social constructivist ideology favours approaches where students have to figure things out for themselves, perhaps as part of a group. This is why inquiry and project-based learning are the current buzzwords.

Although it is clear what needs to be done to fix things, the Australian government is running in a different direction. Instead of curriculum reform, the ‘Gonski 2.0’ proposals that education minister Dan Tehan is apparently doubling-down on are an odd mix of vague and abstract claims about critical thinking and an approach based on individual ‘learning progressions’ that sounds similar to one abandoned in England nearly a decade ago. The idea seems plausible—map out what progression looks like in different skills and then teach each child according to what stage they’ve reached in that journey. Unfortunately, such an approach does not take account of the fact that skills like writing are highly dependent on context and cannot be summarised neatly on some kind of scale. It is easier, for instance, for most students to write “two or more elaborated arguments” if they are writing about abolishing school uniform rather than, say, the impact of import tariffs on the Australian domestic market. Rubrics and learning progressions therefore incentivize teachers to reward children for demonstrating their skills in one of these simple contexts, rather than to encourage the children to grapple with more complex, challenging ideas. In addition, it does not address the practical challenge of teaching students individually in classrooms of 25+ and one teacher. Perhaps most fundamentally of all, it entrenches inequity. Instead of laying down a standard, teaching to that standard and then intervening when students struggle to reach it, teachers are expected to reconcile themselves to students simply being at different points on the progression.

To be fair, can we really expect politicians to solve these problems? England has been unusual in that it has had a series of politicians with an uncharacteristic interest in the detail of education reform. Waiting for an Australian equivalent to appear is not a strategy.

That’s why I will keep talking to other teachers. The most likely way out of this mess is from the ground up. If the government wants to help, it should focus on ways to release our potential.

Greg Ashman is a teacher and a Ph.D. student at the University of New South Wales. The views expressed in this article are his own and do not represent any institution. You can follow him on Twitter @greg_ashman