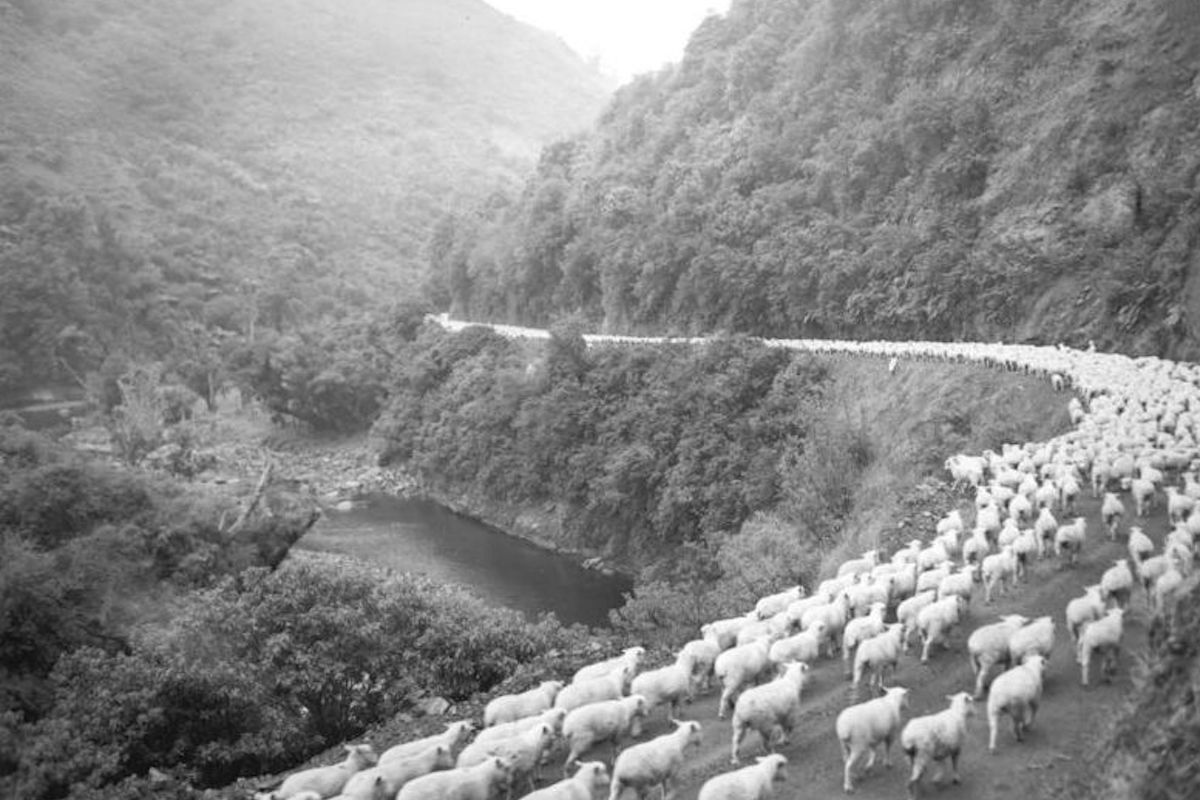 A review of The Madness of Crowds: Gender, Race and Identity by Douglas Murray, Bloomsbury, 280 pages (September, 2019).

Elias Canetti was awarded the 1981 Nobel Prize in Literature for his fiction. But the Bulgarian-born German-language novelist also was noted for his non-fiction work about mob violence, religion and tyranny. In the opening paragraphs of his 1960 book on the subject, Crowds and Power, he observed:

The crowd, suddenly there where there was nothing before, is a mysterious and universal phenomenon. A few people may have been standing together—five, ten or twelve, not more; nothing has been announced, nothing is expected. Suddenly everywhere is black with people and more come streaming from all sides as though streets had only one direction. Most of them do not know what has happened and, if questioned, have no answer; but they hurry to be there where most other people are.

Douglas Murray, an Associate Editor of Britain’s Spectator magazine, has become fascinated by these same themes. In two recently published books, Murray has described (and criticized) this same tendency—the rush to join with the mob, wherever that mob may be headed. The Strange Death of Europe, published in 2017, analyzed the herd-like behaviour of politicians and journalists in favour of mass immigration to Western European states during the refugee crisis of 2015 and the years previous. In his new book, The Madness of Crowds: Gender, Race and Identity, he has followed the crowd as it fixates on the rights and perceived oppression of ethnic and sexual minorities, and on relations between men and women.

Until only recently, it was primarily a handful of academics on the fringes of the social sciences who were producing, in Murray’s words, “unreadable” theoretical works—catastrophizing about the prevalence of racism, homophobia and misogyny in modern liberal society. The more common view, as Murray writes, was that historic injustices had largely been compensated for, and that “the train appeared to be reaching its desired destination.” In recent years, however, there has been a mass ideological migration toward the idea that things have never been worse for minorities and women, and that society must be radically transformed to achieve social justice.

How did this happen? How did the ideas contained in obscure papers and books published in the late 1980s and early 1990s mutate into the mass phenomenon that Murray describes?

Answering this question properly would require us to study, as historian Niall Ferguson puts it, the “traffic of ideas” between the academics who provided the earliest theoretical foundations of the social-justice movement, and the rest of society, so as to examine which transmission mechanisms carried key concepts into popular culture. Unfortunately, Murray does not attempt such an analysis except insofar as he describes those toxic academic fruits that somehow have found themselves on prominent display in our marketplace of ideas. He is more focused on the consequences of the social-justice movement, and the coercive tactics used to enshrine its associated worldview.

The main strength of Murray’s book lies in his analysis of why, and how, the mob polices everyone’s language—a necessary disciplinary measure to ensure the crowd does not disintegrate (which, as Canetti observed, is what mob leaders always seek to avoid). As Murray observes, “a set of tripwires have been laid across the culture,” immediately blowing up anyone who brushes against them. One tactic in this regard is to subjectively pronounce this or that view to be “harmful,” or even “violent,” to some protected class. In a chapter on the penetration of social-justice activism into the world of technology, Murray points to how companies such as Facebook, Google, Patreon and Twitter are “encouraging” us to moderate content, and suspending users who violate speech codes. Many of the most well-known recent public apologies and resignations are catalogued in the book, which will serve future generations as a window into these strange days.

The fundamental claim of social-justice theorists is that the LGBT community, women and non-whites are part of the same “oppression matrix” (Murray’s term), and therefore aligned in their interests. This is a theoretical perspective that has come to be referred to as “intersectionality.” However, as Murray shows, “The oppression matrix is not a great Rubik’s cube waiting for every square to be lined up by social scientists.” On the contrary, the model is incoherent: There are major inconsistencies and contradictions in theory, and points of irreconcilable conflict in practice, between these different groups. Murray breaks this down into four carefully written chapters titled “Gay,” “Women,” “Race” and “Trans.”

In the first chapter, he concludes that “being gay is an unstable component on which to base an individual identity, and a hideously unstable way to try to base any form of group identity.” As has been acknowledged by both the American Psychological Association (APA) and the Royal Collage of Psychiatrists (RCP) in Britain, the exact reasons for why some people are gay are not yet known. And a large Swedish twin study of same-sex sexual behavior suggests that individual-specific environmental factors play a more important role than genetic factors. Murray, who himself is gay, also suggests that the “alleged ‘community’” historically has been, and continues to be, deeply divided between “gays” “who just want to be accepted like everyone else,” and self-described “queers” who want to be “recognized as fundamentally different to everyone else and use that difference to tear down the kind of order that gays are working to get into.”

In the chapter on “Women,” perhaps the most thought-provoking part of the book, Murray begins by laying bare the “confusion over what roles women might play…in an era that seems to swing between libertinism and prudery without finding any mean-like balance.” Through an abundance of examples, he shows how some of the most powerful women in Hollywood (where #MeToo originated) have committed acts of sexual harassment and even molestation, yet were celebrated for such acts in a feminist context. Apparently, when women are the harassers, such behavior is “hilarious” and “awesome.”

This ties in to a cultural contradiction that Murray identifies in The Madness of Crowds—namely, the idea that a woman should be simultaneously sexy but never sexualized (at least not by a man): “She can make him drool. But if that man puts even one hand on the woman then she can change the game completely. She can go from stripper to mother superior in a heartbeat.” In analogous vein, he observes, the rhetoric from feminist discourse confusingly suggests that women are equal—or even superior—to men…but also that sex is a social construct. Some of the same people who claim to see rampant misogyny everywhere in our society, moreover, are the ones using the most derogatory and condescending language toward men.

Something similar, Murray argues, is happening in the domain of race. The anti-racist phalanx of the social-justice movement have flipped Martin Luther King’s admonition to judge people on the content of their character. Indeed, it is now believed that “the very idea of society being ‘color-blind’ is in fact part of the problem.” Westfield State University “whiteness” scholar Robin DiAngelo, for instance, has remarked that “white people who see people as individuals rather than by their skin color are in fact ‘dangerous.’” In ostensible pursuit of anti-racism, a new obsession with race and racial differences has been summoned into existence, which sometimes even extends to (literally) segregationist policies in universities, and the institutionally approved racial slurring of whites.

The chapter on Trans issues is particularly revealing in regard to the way the different “building blocks” of intersectional theory come into conflict with one another. While many modern feminists claim that gender is a social construct, transgender activists are adamant that gender identity is part of their immutable hard-wired identity. Murray notes that a large swathe of children diagnosed with “gender dysphoria” before puberty eventually grow up to be gay men or lesbians. Yet in stark contrast to the hope expressed by gay people—of simply being accepted for who they are—transgender activists often push for children who display traits identified with the opposite sex to have “corrective” therapies, including surgery and long-term drug regimes.

Similar conflicts arise in other social-justice contexts, too. In discussions concerning gay male couples seeking to conceive and raise their own biological children, women tend to be written out of the story. Yet “writing women out of anything had in the preceding years been agreed upon to be a serious faux pas,” Murray points out. Moreover, why is it considered correct to assume that a person has an inwardly experienced sense of gender that can change in the way it is felt and expressed—yet it is beyond the pale to suggest that one may change one’s race?

Attempting to reconcile all of these claims, Murray correctly observes, is “an invitation to madness on a vast and costly scale both to the individual and to society as a whole.” It is not possible, and some groups will inevitably suffer, as already demonstrated by the trans-activist war on the female sex in athletics, and the growing notion that it is somehow “transphobic” for women to object to having people who were born as men in women’s prisons and rape shelters.

Murray’s unweaving of the threads of the social-justice crowd’s verbal tapestry provides a valuable resource. However, The Madness of Crowds does not quite rise to the level of The Strange Death of Europe. That book not only provided us with an analytic account of the development of Western European governments’ immigration policies, but also included journalistic reportage on the human costs of those policies—a project that took Murray to the Italian island of Lampedusa and the Moria camp on Lesbos, where migrants incentivized to make the dangerous voyage by sea to Europe had washed up. The Madness of Crowds, by contrast, has the character of desk research, at many points building on other people’s works, such as bioethics professor Alice Dreger’s 2015 book Galileo’s Middle Finger.

The Strange Death of Europe stood out for its originality and depth by the way it traced the Western European desire to present Europe as “the only place in the world that belongs to the world,” and connected this desire to a deep cultural malaise, which itself may be linked to historic guilt and an absent sense of purpose. The analogous project, where his new book is concerned, would be for Murray to offer a cogent explanation of the roots of the “madness” he describes. But if such a grand theory is possible, Murray does not provide it.

One interesting observation offered by Murray—one which may become the seed of further analysis—is that “the enquiring aspect of liberalism was at some stage replaced with a liberal dogmatism; a dogmatism that insists questions are settled which are unsettled, that matters are known which are unknown, and that we have a very good idea of how to structure society along inadequately argued lines.”

How and why did this happen? Or is it, in fact, precisely the “enquiring aspect” of liberalism that conservatives may fairly blame for unmooring our once settled conceptions of, for example, marriage, family, and the sexes, and thereby opening the door to an unstable re-imagination? If Murray should go on to produce a trilogy, this question is one he might address.

Johan Wennström, PhD (Political Science), works at the Research Institute of Industrial Economics (IFN) in Stockholm. You can follow him on Twitter at @johanwennstrom

Featured image provided by the Archives of New Zealand.