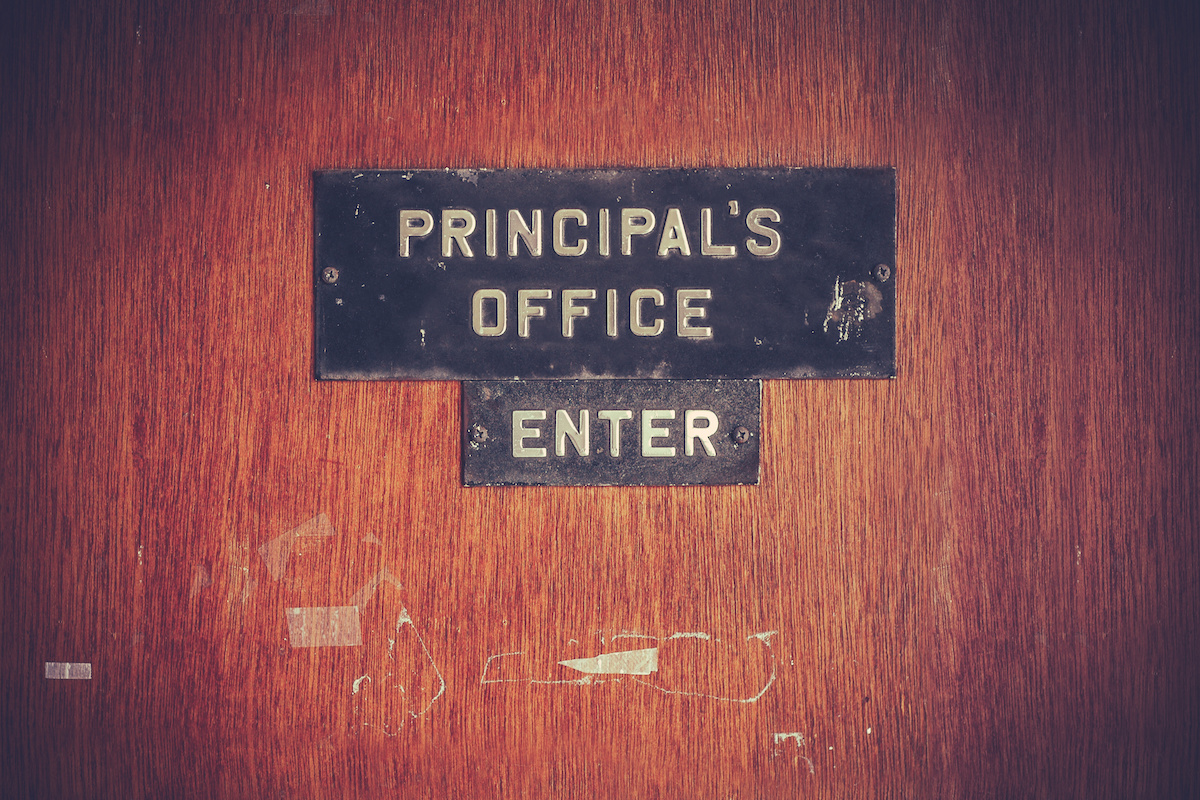 Last month, Congresswoman Kathleen Clark (D-MA) called on Secretary of Education Betsy DeVos to resign because the Federal School Safety Commission’s report contained a citation to a study, the findings of which Clark did not like. The Congresswoman did not allege that the study was methodologically flawed. Rather, she simply called the study “racist” because it found that differences in behavior explained the racial disparity in school discipline.

This could have been a teachable moment in the bitter national debate over school discipline. Unfortunately, rather than take this conflagration as an opportunity to review the research literature, journalists seemed more interested in reinforcing Clark’s accusation by innuendo, noting that the study’s author describes himself on Twitter as a “stoic, masculine, conservative.” But for America’s students, the truth matters a great deal more than partisan posturing. Policies predicated on falsehood rarely yield positive results.

If Congresswoman Clark’s contention that the racial discipline gap is not a product of student behavior but rather of “institutional racism” then the Obama administration’s policy of pressuring school districts to decrease discipline disparities by implementing “restorative justice” would have made a great deal of sense. But if, as the study that Clark condemned suggests, the disciplinary disparity is largely a product of behavior, then pressuring school districts toward statistical parity would likely do more harm than good, and Secretary DeVos’s decision to discontinue federal pressure would have been well-founded.

The truth is that the Obama administration’s discipline policy was reasonably justified at the time it was implemented, but advances in the literature have undercut its rationale and provided even stronger grounds for the Trump administration to rescind it.

When the Obama administration issued a Dear Colleague Letter threatening districts with federal investigation on the basis of their disciplinary statistics in January of 2014, the most advanced academic study, conducted by Indiana University’s Russell Skiba, indicated that principals punished African American students more frequently and severely than white students for the same infractions. But Skiba noted that this study had two important shortcomings: it didn’t control for differences between schools or past student behavior. That meant that what appeared to be discrimination could actually be differences in policy between schools or reasonable disciplinary differentiation in handling first-time or repeat offenders.

In late 2014, Skiba addressed those shortcomings and found that student race ceased to be a statistically significant factor. This finding has been replicated by other researchers examining data from Arkansas and from North Carolina. There are substantial differences between schools in how school administrators mete out discipline, but within schools administrators do not treat students who are sent to their office differently based on race.

But are teachers systematically sending black students to the principal’s office for lighter cause than white students? This is a tricky question to answer, given that researchers can’t directly observe student misbehavior. In 2011, one researcher made a substantive empirical advance by incorporating teacher surveys on individual student behavior. He found that “previous work without measures of student behavior grossly overestimated the extent to which racial disparity in school discipline is based on illegitimate factors,” such as racial discrimination.

A smaller racial disparity still persisted, and in a way it was a more alarming one because teacher perception of student behavior should have completely accounted for their disciplinary decisions. But the author noted a flaw in his methodology: he couldn’t control for past measures of student behavior. Enter the allegedly “racist” research cited by the Federal School Safety Commission. In 2014, John Paul Wright factored in teacher assessments of student behavior from earlier grades and found that doing so completely accounted for the racial gap in school suspensions.

This study is by no means the final word in the debate. In 2017, researchers examining data from North Carolina found that white teachers were slightly more likely than black teachers to send black students to the principal’s office. But the difference was not large; the researchers estimate that having all-black rather than all-white teachers reduced the risk of being suspended by two percentage points.

The best conclusion that can be drawn from the research literature, then, is that school administrators treat students fairly, and that teacher bias may play a small role in disciplinary disparities, but that they are largely driven by differences in student behavior. Although this conclusion is considered verboten by politicians and activists, it’s supported by the students themselves. According to national surveys, black students are more likely to say they’ve been in a fight at school than white students (15.5 percent vs. 6.5 percent), to skip school (9 percent vs. 4.9 percent), and to arrive late to class (20.9 percent vs. 12.2 percent).

And whereas advocates claim that the gap is driven by “subjective” offenses especially prone to biased teacher discretion, the data suggest that this isn’t so. In Louisiana schools, for example, which are approximately half black and half white, black students are suspended relatively more frequently than white students for the “objective” offense of fighting (467,074 vs. 125,606) than for the “subjective” offense of disrespecting authority (393,442 vs. 131,529).

None of this, of course, suggests that behavior differences are attributable to race itself. Regardless of race, students from single-parent homes are twice as likely to be suspended—and black students are almost three times as likely to be raised by a single parent. The disparity in school discipline rates largely reflects far broader and deeper inequities in American society.

It may be neither politically correct nor pleasant to argue that aggregate group differences in behavior exist, but it’s essential for policymakers to have the proper diagnosis lest the prescribed cure do more harm than good. If teacher bias were primarily responsible for disciplinary disparities, then aggressive reforms could be pursued safely. If bias plays a smaller role, modest reforms may be in order but aggressive reforms could be dangerous.

The latter is what we have seen. Two studies out of Chicago, which implemented relatively modest reforms, have shown mixed and minimal effects. But school districts that have effectively attempted to prohibit teachers from exercising subjective discipline by banning suspensions for “willful defiance” have seen great academic harm. In Philadelphia, researchers estimate that it decreased academic achievement by 3 percent in reading and 7 percent in math after three years. Another study, still pending peer-review, examined the effects of suspension bans in four California school districts and found no effect on reading but a large harm to math achievement, large enough to drag a student from the 50th percentile down to the 39th after three years. Tragically, the state of California appears poised to extend that ban to all schools.

If social justice activists truly care about the welfare of students of color, the academic evidence produced in the last several years should—at the very least—provide grounds for pause. Unfortunately, the episode with Congresswoman Clark suggests that no such re-evaluation is on the horizon. Earlier this year, David Griffith, a self-described liberal education researcher at the Thomas B. Fordham Institute, made an appeal to his colleagues to be honest:

In my personal experience, almost nobody really believes that African American, Hispanic, and low-income students, or students with disabilities, exhibit the same rates of misbehavior as wealthy, white, or Asian students, or students without disabilities. However, a significant number of well-meaning people do believe that publicly acknowledging such differences does more harm than good.

But when policymakers insist that debate on an issue must start from a premise they know to be false, it becomes difficult to credit them as well-meaning. Almost everyone in the education policy world has a status-incentive for their posturing. Advocates can fundraise on the battle-cry of “anti-racism,” and politicians can make the news cycle by accusing their opponents of racism, all the while pushing policies that do damage to low-income students of color.

All in all, it’s an excellent case study in structural racism, wherein those with privilege may be, charitably, unconscious of their role in perpetuating oppression.

Max Eden is a senior fellow at the Manhattan Institute and author of the recent report “Safe and Orderly Schools: Updated Guidance on School Discipline.” You can follow him on Twitter @MaxEden99