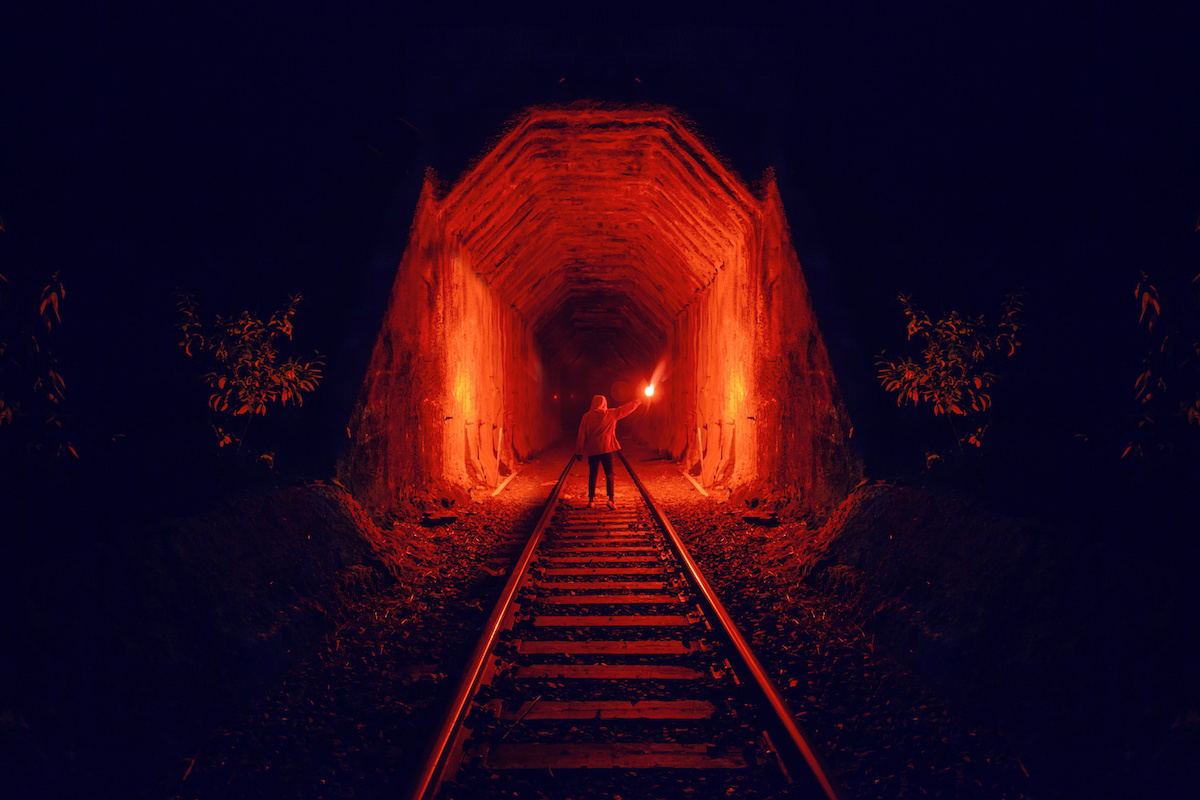 At a time when activist displeasure can sweep through social media and destabilize reputations and nascent careers overnight, publishers are taking unprecedented steps in an effort to mitigate the risks. Among these is the use of sensitivity readers—individuals tasked with reading a work of fiction prior to publication in an effort to determine whether or not offense is likely to be caused by an author’s portrayal of characters from demographics considered marginalised or historically oppressed. Many readers, I suspect, will have become aware of this emerging trend following a series of nasty controversies in the world of Young Adult publishing.

In 2017, a fantasy novel by Kiera Drake entitled The Continent was attacked for its allegedly racist portrayal of Native Americans. The novel was hastily rewritten following guidance from sensitivity readers. In January of this year, Amelie Zhao’s debut novel Blood Heir, set in a fantastical version of medieval Russia, was denounced online because its portrayal of chattel slavery was deemed insufficiently sensitive to America’s own racist history. In response, Zhao thanked her persecutors profusely (a dismayingly common response) and explained that she would be withdrawing her novel from publication indefinitely. Like Drake, Zhao “sought feedback from scholars and sensitivity readers,” made changes, and a new publication date for her novel has just been announced. Weeks after Zhao withdrew her book, A Place for Wolves, written by sensitivity reader Kosoko Jackson, was also withdrawn by its author following criticisms of his portrayal of an Albanian Muslim villain. It did not go unnoticed that Jackson had participated in the attacks on Zhao. “The schadenfreude,” one Twitter user observed, “is delicious.”

If the use of sensitivity readers is intended to prevent ignominious crises like these, it is almost certainly a futile exercise—many of those vandalizing Goodreads pages with vitriolic reviews make no secret of the fact that they have not read the book in question and do not intend to do so. Furthermore, a stamp of approval from two Muslim sensitivity readers was not enough to spare Laura Moriarty’s American Heart accusations of bigotry. Nevertheless, publishers are increasingly relying on sensitivity readers, if only to show willing and as an insurance policy. There are not, as far as I can tell, any qualifications required to become a sensitivity reader, other than membership of the relevant demographic. I asked a number of authors how they or their editors had selected such readers, and the answer invariably turned out to be that they searched for a representative of the group in question who hopefully had some additional interest in writing or reading.

This reveals a distressingly reductive essentialism—it suggests that African Americans, gays, women, transgender people, and so on possess some vaguely conceived but determinative essence which enables them to speak for their group, and to evaluate a text in its name. The logic of this essentialism, however, is at odds with the very idea of sensitivity readers, since it leads to a situation in which no-one may write about anyone’s experiences but their own. Nine months before his debut novel fell afoul of his own exacting sectarian standards, Kosoko Jackson issued this intemperate public announcement on Twitter:

No, we (gay men) don’t own gay stories. But some things are off limits. I don’t understand why this is so god damn hard or fucking complex. There are millions of ideas. Leave us our pain and identities and don’t fucking profit from them. Respect us enough to do that.

Jackson’s reasoning may be valid, but it is not sound—if human experiences are socially constructed by membership of an identity group, and each group is opaque to anyone outside the group, then any attempt to write about people outside of one’s group is certain to end in failure, and perhaps even ethical violation. As the novelist Lionel Shriver and others have pointed out, this doctrine convicts writers of the sin of empathy and throttles creativity and imagination. If an author wants to avoid trouble, they would do well to restrict the characters they create to people of their own sex, sexual orientation, religion, and ethnic group.

While it is true that employing a sensitivity reader does not amount to censorship in the strictest sense, this claim is also irrelevant. Writers understand that they are individuals entering into a contractual arrangement with a private business, and that publishers are not censoring when they make editorial decisions prior to publication. Nevertheless, writers are now routinely required to clear an extra hurdle if they wish to see their books in print, and doing so can directly impact their aesthetic choices, even though a sensitivity reader is unlikely to be a professional writer. Serious authors spend decades honing their craft, and can spend years on a book. They will be understandably nervous about an amateur evaluating their work with a red pen and recommending political changes that flatten nuance and character complexity and have nothing to do with creative intention or coherence. For the same reason, screenwriters typically loathe “notes” from executives who are not writers.

Are sensitivity readings always voluntary? We do not have reliable information about how often, and under what circumstances, sensitivity readers are employed. In some cases, they are hired by writers who want to vet their book (or who want to be able to say they vetted their book) before self-publishing or submitting the manuscript to an agent or editor. Some of the authors I spoke to employ a sensitivity reader on their own initiative, believing that it might help them escape accusations of insensitivity. Some editors, and perhaps some agents, recommend using a sensitivity reader, especially in Young Adult, middle grade, and genre fiction. If an editor makes such a request, agreement is voluntary only in the narrow sense that a person is not forced to obey their office boss because they have the freedom to quit. In such a situation, most writers feel compelled to follow the advice of an editor lest their publication deal disappear. For the same reason, writers will understand that they are expected to follow at least some of the advice offered by the sensitivity reader, whatever its merits.

But sometimes the use of sensitivity readers is explicitly mandatory. One writer I interviewed (who asked not to be identified) currently has a manuscript in the hands of a sensitivity reader tasked with checking that a secondary character—a heroic Native American scientist—has been portrayed in a sufficiently sympathetic light. The contract the author signed with the publisher stipulated that both publication and payment would be contingent upon approval by a sensitivity reader. In the event of a mob denunciation, the publisher explained, they could at least counter that the book had been vetted by a Native American. The reader has apparently been slow, which has delayed publication for months. The novel’s author, meanwhile, is established, widely respected, and the recipient of multiple prestigious awards. If a sensitivity reading can be imposed on this writer, it can be imposed on anyone.

Should we care if the use of sensitivity readers becomes widespread and mandatory? Some art forms are, after all, created by committee—writing for television, for instance, is almost always a group effort. But the novel is a form better suited to the expression of a single creator’s unique vision. Sensitivity readers are an affront to that autonomy. The novelist who understands that the representation of diverse characters could sabotage a book deal might reconsider whether it is worth writing about such people at all. The very existence of sensitivity readers may lead them to shy away from writing such characters, since so many in the industry believe they can’t do it. If sensitivity readers become a publishing institution, they will only incentivize more cautious, conservative, and ideologically homogenous books, as authors seek to avoid controversy, costs, and loss of control that will arise from more daring and morally ambivalent fiction.

But it is the claim that sensitivity readers are merely fact checkers that is most troubling. Defenders of sensitivity readers often claim that hiring someone to evaluate the permissibility of a novel’s character is analogous to hiring a scientist to check scientific claims or a historian to check historical events. But this is simply a category error, which disappears the vital distinction between fact and value—what is and what ought to be. There is a fundamental difference between telling an author that Miami is not the capital of Florida, and opining that the portrayal of this-or-that character is morally objectionable.

Presumably, sensitivity readers also perform some basic fact checks. But the goal of warding off moral offense requires ethical evaluation. Consider the following hypothetical: An author who is neither African American nor female writes a novel in which an African American woman expressed regret for her multiple abortions. The sensitivity reader may be offended by abortion, and so will be sanguine about this narrative. Alternatively, the sensitivity reader may be offended by attempts to make abortion illegal, and so take great exception to this portrait of remorse. Is the book portraying women as flippant in their reproductive choices, or is it intended as a comment on African American attitudes to abortion and parenthood? Or is it neither? In any such case, the sensitivity reader will be invited to judge a complicated ethical issue in a work of fiction, and to render a judgment through a crude lens of bias detection.

Defenders of sensitivity readers may object that professionalism can prevent readers from projecting their own ethical values onto someone else’s work, beyond specific matters relating to the representation of a particular group. As the hypothetical above is meant to illustrate, it is very difficult to draw such a clear line. But, even if it were theoretically possible to do so, sensitivity readers need have no training, so one cannot expect them to have well-defined professional standards. It is therefore hard to judge whether or not a sensitivity reader has performed their job competently. A copy editor may be evaluated by the number of typos that creep into a book. A fact checker may be evaluated by a subsequent verification of a novel’s historical facts and claims. By what measure or standard are we to assess the work of the sensitivity reader if we cannot agree about challenging questions of ethics? Is a single objection by an aggrieved party disqualifying? Ten objections? Twenty?

There is a backhanded compliment lurking within these struggles for control over literature. People from diverse ideological perspectives appear to share the belief that fiction is important. But this belief has helped create a contradiction. The sensitivity reader is expected to evaluate norms that are often highly contentious—questions about the conflicting duties of the individual and society, about how different groups should live together, and about how individuals and groups should understand their own identities and histories. Questions like these have vexed us for centuries. For this reason, they are precisely the questions we expect literature to explore. Indeed, it is because literature explores these questions that it is so important. And literature cannot perform this vital task if it is first filtered through sensitivity readers who we believe already have all the answers—not because of what they know, but because of who they happen to be.

Quillette’s Jonathan Kay speaks to Canadian researcher Andrew Lustig about his research on the web-based communities of individuals who believe they are surrounded by evidence of an enormous “gangstalking”...