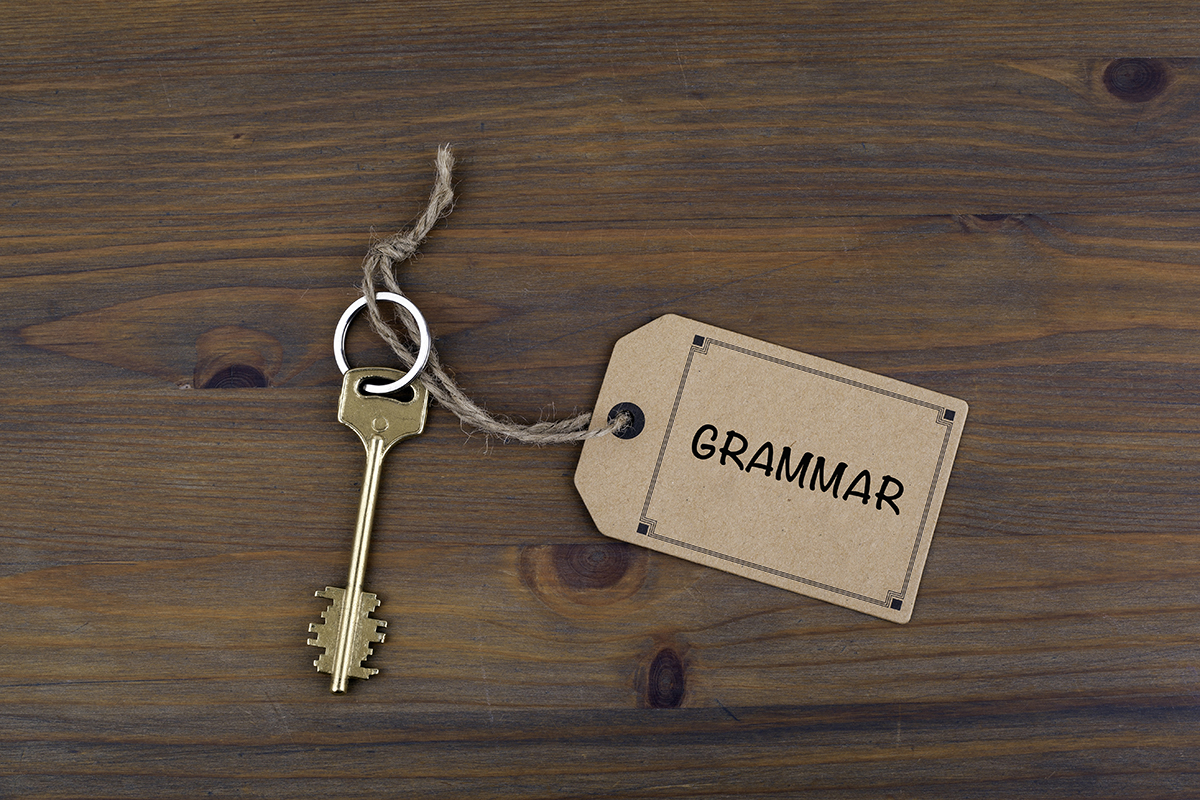 On November 21, two educators published an article that lamented the declining quality of written work produced by American adolescents. Early in the piece, Temple University professors Kathy Hirsch-Pasek and Laurence Steinberg cite a 2011 study conducted by the National Center for Education Statistics that yielded this disturbing claim: “Only one in four [high school seniors] can construct an essay that is coherent and well structured, with ideas presented clearly and logically.” To bolster their case, Hirsch-Pasek and Steinberg present anecdotal evidence from other university professors privy to what this deficit looks like (literally on paper) at the next level. One, from “a high-ranking state university,” resorted to altering “her syllabus to take two full days to review the idea of a topic sentence.” Illustrating the ubiquity of this trend, another professor, this time from “a highly ranked private college, wrote in a recent Facebook post that he took time out of class to explain how to write, noting that students had no idea what they didn’t know.”

Does this sound alarmist? Well, it shouldn’t, because we’ve been hearing about the problem for years now. If you’re a parent, you might be wondering how something this counterintuitive could occur. Don’t high schoolers need to write admissions essays to earn spots at elite universities? Wouldn’t those essays need to be both clear and logical? Are admissions officers unaware of these foreboding nationwide studies?

I shall spare you my answers to those rhetorical questions, and share instead a potential cause of this apparent epidemic that’s too often overlooked. It sounds hyperbolic, but according to a 2001 essay by David Foster Wallace entitled “Tense Present: Democracy, English, and the Wars over Usage,” it’s been undeniable since the early 1980s: “In neither K-12 nor college English are systematic [Standard Written English] grammar and usage much taught anymore.” Again, this doesn’t sound plausible. How could teachers instruct students to write well without giving them any rules or basic conventions? No reasonable answer exists, but thanks to Wallace’s observations, I can assure you that our current condition was inevitable.

It all starts with the “Usage Wars,” a somewhat arcane but fiercely political battle over the English language that’s been raging for decades. “The average citizen” would actually know something about this conflict, Wallace wrote, “if [he or she] read the different little introductory essays in modern dictionaries.” No one actually does, of course, because they’re excruciating. A slightly less obvious reason, however, is that two tribes of nerdy lexicographers (i.e., people who decide what goes in the dictionary) are the target audience.

In one corner are the conservative Prescriptivists, who believe that the English language is a tool, and as such, can be used in a variety of contexts both more and less effectively. Wallace acknowledged that members of this group exist on a spectrum, praising some of them as “funny and smart,” while rightly labeling others “offensively small-minded and knuckle-dragging.” In all likelihood, you can picture the latter: a mean-spirited old English teacher who not only delights in subtracting points from essays for alleged infractions like split infinitives and terminal prepositions, but might even correct your speech in a room full of equally terrified peers.

In contrast, an image or even a possible name to identify the former does not materialize so easily. For Wallace, “Grammar Nazi” was too harsh. Instead, he preferred “the highly colloquial term SNOOT,” or writing instructor who “presents himself as an advocate of [Standard Written English’s] utility rather than as some sort of prophet of its innate superiority.” (In his family, Wallace explained, “S.N.O.O.T. stood for ‘Sprachgefühl  Necessitates Our Ongoing Tendance’ or ‘Syntax Nuddniks of Our Time,’ depending on whether or not you were one.”) As a university professor and self-proclaimed SNOOT, Wallace did just that, and received at least one “Official Complaint” and a few accusations of racial insensitivity (more about which in a moment). At this point, we must take stock of those who oppose the aforementioned brands of Prescriptivism: the liberal Descriptivists.

This group of lexicographers includes representatives like Philip Gove, author of Webster’s Third, a 1993 dictionary that now sells for $121.78 on Amazon, and promoted “value-neutral principles of structural linguistics.” Additionally, Descriptivism attracted university linguists like Steven Pinker. Wallace quotes Pinker’s opinion on the continued existence of some Prescriptivist rules: “Once introduced, a prescriptive rule is very hard to eradicate, no matter how ridiculous. Inside the writing establishment, the rules survive by the same dynamic that perpetuates ritual genital mutilations.” I’ll admit that sounds unduly harsh. But after teaching the subject for the last six years, I have found that grammar used to be taught “with the purpose of making clear to students the orderly structure of their language, a picture of God’s orderly plan for the world and for [our] lives.” Given that historical context, Pinker’s analogy appears less extreme.

But ancient tribal rituals aside, the Descriptivists’ primary belief is that correct usage is determined by the way human beings use the language. In short, it’s unacceptable to correct an errant phrase, as long as it is uttered by a native speaker. By implication, any form of Standard Written English would be impossible to attain. And here’s where things get interesting.

About midway through his essay, Wallace stresses “the Descriptivists’ influence on US culture.” I quote the following passage at length because of its prescience:

For one thing, Descriptivism so quickly and thoroughly took over English education in this country that just about everybody who started junior high after c. 1970 has been taught to write Descriptively—via “freewriting,” “brainstorming,” “journaling”—a view of writing as self-exploratory and -expressive rather than as communicative, an abandonment of systematic grammar, usage, semantics, rhetoric, etymology. For another thing, the very language in which today’s socialist, feminist, minority, gay, and environmental movements frame their sides of political debates is informed by the Descriptivist belief that traditional English is conceived and perpetuated by Privileged WASP Males and is thus inherently capitalist, sexist, racist, xenophobic, homophobic, elitist: unfair.

If I read that correctly, then Wallace, all the way back in 2001, was suggesting that many people now over the age of 50 were taught to write not for the purposes of communication, but rather self-expression, with little adherence to any set of “rules.” If this seems pedagogically misguided, that’s because it is. And such a philosophy can only endure for decades if its proponents wield a potentially career-ending weapon.  Banishing rival pedagogies from an English classroom is relatively easy once your case includes accusations of Prescriptivist elitism, especially when some of its adherents seem to actively embrace the snobbiest stereotypes:

As a result, SNOOTs like Wallace become unintended casualities in the “Usage Wars.” Remember the “Official Complaint” lobbed at him for arguing in defense of SWE’s “utility”? That complaint was levied at a self-titled “spiel” Wallace used to give to students of color, in which he declared that “anybody of any race, ethnicity, religion, or gender who wants to succeed in American culture has got to be able to use SWE.” He carefully continued, citing all the “totally ass-kicking SWE” that’s been written by the Baldwins and Angelous of the world, and how “black judges and politicians and journalists and doctors and teachers communicate professionally in SWE.” Every one of them, according to Wallace, “realized at some point that they had to learn it and become able to write fluently in it, and so they did.”

In 2018, is it too difficult to fathom words like these earning Wallace (the famed American writer who delivered one of the most powerful commencement addresses in recent history at Kenyon College) a YouTube following on par with Jordan Peterson, Brett Weinstein, and, ironically enough, Stephen Pinker? Answer that one for yourselves. Because here’s the thing: at present, teaching SWE in classrooms across the country is no longer an issue of race. The Descriptivist stranglehold on US English education has spanned nearly four decades, and the myriad dialects produced by technological advancements have scrubbed SWE out of existence across a wide range of students. If you don’t believe me, read Grant Addison’s recent review of Charlie Kirk’s new book.

It’s crucial to move beyond the “Usage Wars,” because the carnage has unintentionally deprived students of the most democratic tool English teachers have to offer: control over written language. Throughout American history, people of every race have used the standard form of English to transcend the levels of our social hierarchy. It’s why Thomas Paine, a poor kid from Thetford, England, could stir a population to revolt. It’s why Ralph Ellison, a busboy who grew up in 1920s Oklahoma, could write Invisible Man, a novel that employed both SWE and his native dialects, and arguably eclipsed the work of competing literary giants like Ezra Pound and T.S. Eliot.

If a palatable form of Prescriptivism isn’t permissible in the English classroom, the test scores won’t improve. More importantly, we won’t salvage our public discourse that continues to devolve. Indeed, as Wallace told his students, a “[Standard Written English] is the dialect our nation uses to talk to itself.” If that’s still the case, let’s create some updated ground rules. It isn’t about elevating to elitism. It’s about depoliticizing the printed word to establish a form of communication from which true equality of opportunity can emerge. I think, as Wallace notes in his final sentence, that’s “about as Democratic these days as you’re going to get.”

Michael O’Keefe is a boarding school English teacher, baseball and football coach. His writing has also appeared in the Washington Examiner and New Boston Post. A native New Englander, he has worked in both northeast Ohio and the Mid-Atlantic region for the last six years.