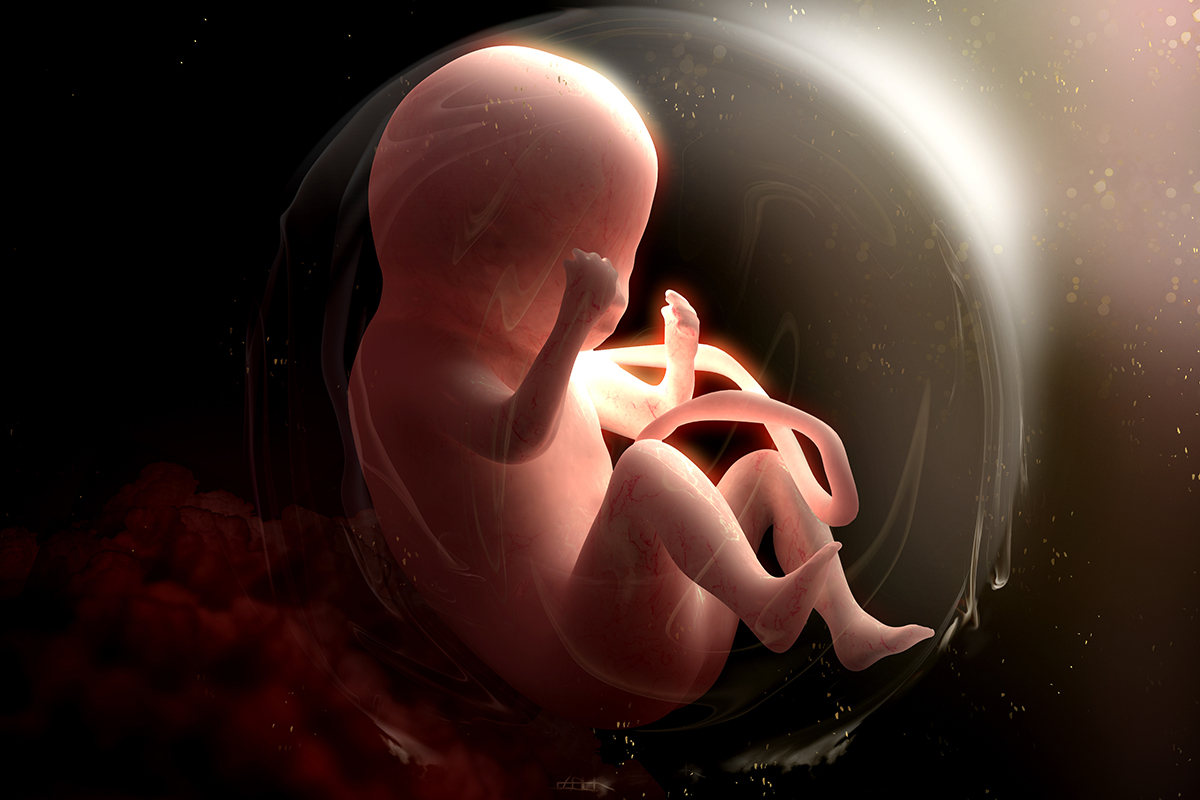 What if you could choose one person in your life and end their suffering? All the pain and frustration and woe intrinsic to their mortal condition would disappear and—best of all—with no financial investment, effort, or trouble on your part. All that is required from you is to abstain from an activity with no compelling justification. Would any reasonable person neglect such an opportunity? Surely, it seems obvious that any other option would be patently unethical?

Although many layers of empirical evidence and argument are ladled on top, these questions form the logical core of moral philosopher David Benatar’s incisive 2006 book, Better Never to Have Been: The Harm of Coming into Existence. Within its pages, Benatar offers a programmatic and detailed defense of anti-natalism—the idea that procreating is morally wrong because human lives are, on balance, so awful that such lives are not worth starting. For Benatar, a set of immutable asymmetries characterize all sentient life: between pleasure and pain, or well-being and harm, in which the latter are more frequent, permanent, and consequential than the former. Avoiding pain is always good but being denied pleasure is never bad. Following this argument to its logical conclusion,  Benatar argues that bringing someone into existence will always harm the person created, but failing to bring that person into existence will only deny them pleasures they’ll never know. Therefore, the only guaranteed way to avoid increasing the harm quotient of sentient life is for human procreation to be discontinued as a moral imperative. Of course, the inevitable—and, for Benatar, welcome—consequence of this advice will be to hasten the extinction of the human species. Extinction, in his powerfully counter-intuitive formulation, is the only ethical outcome.

No doubt, most people reading this summary will find Benatar’s asymmetries (at least initially) unconvincing and his conclusions repugnant. But temper your intellectual gag reflex for a moment and attempt to forward an ethical program that both conserves the ethical obligation to “do no harm” and also justifies procreation. It is remarkably difficult. And so Benatar concludes that there is no ethically defensible reason to procreate. Procreation is an “utterly pointless” exercise and a “readily avoidable” behaviour that functions only to harm those brought into the world. It is challenging indeed to conceive of a cogent ethical system in which the right to procreate supersedes the procreated person’s right not to be harmed—a right necessarily transgressed the instant they are brought into existence. This, too, is fundamental to Benatar’s argument. While most parents consider it an ethical duty to shield their children from harm, most do not consider that the only certain way to avoid that harm is not procreating in the first place.

In the decade since Benatar unveiled these provocative ideas in Better Never to Have Been, anti-natalism has grown from a fringe position to a locus of serious discussion in moral philosophy circles. Recently, anti-natalism has spilled from the moral academy into the wider culture: the New Yorker magazine profiled Benatar last November and he appeared on Sam Harris’s Waking Up podcast shortly thereafter.

Curious, then, given the multitude of hours and thousands of words devoted to anti-natalism in books, edited collections, academics journal articles, interviews, and popular media appearances, that nobody seems to have noticed how sociologically ignorant and vapid anti-natal philosophy is. While two chapters in Better Never to Have Been are ostensibly devoted to the practical denouement of programmatic anti-natalism, Benatar considers humans in the broadest, vaguest, and most abstract sense possible:

[The] more obvious burden for the final generation is that it would live in a world in which the structures of society would gradually break down. There would be no younger working generation growing the crops, preserving order, running hospitals and homes for the aged, and burying the dead … The situation is a bleak one indeed and we can certainly say that looming extinction would be bad for the final people in this way.

Absent from this quote, and from Benatar’s arguments more generally, is any evidence of concern for the details of just how bad this final burden would be and who would bear it. While Benatar acknowledges that the “final people” will “suffer much” unless humanity’s end is rapid, these “final people” are presented as statistical units rather than actual persons living in real social conditions. A section entitled “Phased Extinction,” for example, diagrammatically represents the level of harm done to the final human population, but bizarrely presents this population as a single, monolithic block in a sterile ethical vacuum. Apparently, the humans in Better Never to Have Been are not citizens of a globe with wildly varying levels of access to the essentials of life and are therefore not subject to sociological factors that would unevenly distribute the social ills of anti-natalism. Nowhere does Benatar seriously consider how suffering, with which he is passionately concerned, is differentially distributed on a global scale: human lives are instead simply collected together on a narrow spectrum of “bad” to “very bad.”

So, it is worth pausing to ponder the questions Benatar and his disciples fail to address. What would the transitional period between the decision to end human procreation and human extinction actually look like? How would the inevitable societal collapse—crumbling infrastructure, lawlessness, resource scarcity, social decay, and so on—be managed? And, perhaps most importantly, who would bear the brunt of this collapse?

Unless a programmatic anti-natalism coincides with a wholesale shift in the social, legal, and political systems of production, distribution, and exchange under which the human population currently lives, the human suffering that supposedly compels us to become anti-natalists stands to get incalculably worse. Assuming current ratios of income (and more importantly, accrued wealth) inequality somehow remain stable in a world committed to severely reducing the birth rate, the poor will reach a point of societal collapse much, much faster than the rich. As the earth’s population dwindles creating conditions of widespread scarcity, there will consequently be fewer doctors to tend the ill, fewer farmers to tend and harvest crops, fewer engineers to build and maintain roads and homes and buildings, and so on. These societal goods are already unevenly distributed when conditions exist for their redistribution. Under such conditions, is it likely that the gap between the rich and the poor—both within and between nations—in areas such as healthcare access, education, drinkable water, housing, food, and so on will close? It is not. Were anti-natalist philosophy to be widely embraced, the world’s poor—whose plight is already desperate—would suffer terribly en masse. A combination of the most abject horrors of the gulags, Mao and Stalin’s famines and purges, Auschwitz and Dachau, and our worst contemporary humanitarian crises would likely amount to only a fraction of the suffering visiting upon the final generation’s poorest members.

And therein lies the rub of the anti-natal argument: the problem is not its logical structure (which is frankly exquisite) but its headlong confrontation with social reality. I find Benatar’s social disregard distressing but not surprising. Moral philosophy has for some time drifted away from considering humans as they are found in their real lives, and closer to a kind of abstract arithmetic. Thousands of words in Better Never to Have Been are devoted to detailing precise ethical theorems such as “A Future Like Ours,” or the non-identity problem, or a multitude of other theories, -ists, and -isms, but not a single word is spent considering how anti-natalism would magnify existing social divisions along geographical, racial/ethnic, or socio-economic lines. In its 237 pages, the words “poverty” and “race” are mentioned twice each, and neither term appears in the context of a robust or meaningful discussion about how these phenomena exacerbate human suffering.

Too much attention is paid to logical elegance and sophistical cleverness in anti-natal philosophy and too little is paid to the application of this philosophy to the untidiness and ugliness of existing social conditions. Benatar’s failure to consider these conditions is most surprising, as he was born and raised in South Africa. Does he believe that under apartheid, the white majority would have equitably shared the harms of a severely declining birth rate and crumbling society? Or would they have foisted the costs onto black Africans? Like other anti-natal philosophers, Benatar simply ignores the most obvious and pressing ethical implications of anti-natalism itself: that it would occur in materially-existing societies with extant social institutions that would, by their nature, mediate an anti-natal program.

If one acknowledges that an anti-natal program would occur amidst the stickiness of inequality and racial tensions and the other various maladies afflicting the world, it is unclear how it constitutes an aggregate improvement on our current pro-natal bias. As things stand, people exist on a spectrum of wealth that stretches from ultra-opulence to the very limits of human squalor. In the dystopian zero-sum game of crumbling infrastructure and scarce goods, all lives would not spontaneously move to a similarly harmful level. The current inequalities would not only persevere but multiply; lives that are already very bad would become much, much worse, and lives that are perhaps worth living would reach the same level within a generation.

It is equally unclear how the unmitigated suffering of the extinction generation benefits the non-extant future generations of persons who are not brought into existence, given there are no recipients of this benefit—all that would exist would be the unimaginable suffering of the last people on earth. As a result, anti-natal philosophy results in a bizarre paradox: one in which its ethical premises are, on the local and individual level, undeniable, but its implementation would produce human suffering so broad, deep, and protracted that the initial ethical impulse is betrayed.

Kenton Engel has a Masters degree in sociology and will begin his PhD studies next fall. His broad interests are medical and bioethics, moral philosophy, and social and political theory.