On Dec. 10, “Islam and the Future of Tolerance” held its West Coast premiere in Los Angeles after an extended two-year production period. Starring Sam Harris and Maajid Nawaz, the documentary is based on the conversation-turned-book between the two on the subjects of Islam, Islamism, and Muslims.

The film premiered at the Pacific Theatres at the Grove, near the synagogue where a Somali man tried to ram worshipers with a car just two weeks before. Even though that attack came on the heels of the Pittsburgh synagogue massacre, it did not receive much media coverage.

“There’s a fear of the subject,” said Jay Shapiro, the film’s co-director. “There’s even a fear of the title.” He tells me the documentary wasn’t picked up by film festivals despite the warm reception it has received where it’s been shown. This is Mr. Shapiro’s first foray into this subgenre of documentary. His previous films have been more traditional documentaries.

For the most part, “Islam and the Future of Tolerance” is a near-celluloid version of the 2015 book of the same name, featuring the two leads talking to each other, with occasional commentary from a supporting cast of interviewees. There isn’t much here for fans of Harris and Nawaz who have already read the book—they’ll have heard it all already. The contrast between Harris’ careful, methodical style and Nawaz’s charismatic flourishes is initially entertaining, but wears thin after the first 30 minutes.

The additional interviewees include Ayaan Hirsi Ali and Douglas Murray, two of the most forceful voices in this debate, and these cameos provide a pacing change from the two leads. I would have liked to have seen more of them, as well as screen time for the other voices, who only received brief screen time toward the end.

Those criticisms aside, the dialogue between Harris and Nawaz covers an important topic which is seldom discussed in depth, and certainly almost never in a film of this production quality. What is Islam and how does it differ from Islamism? And is this a hard and fast distinction for the majority of Muslims? What are the implications for the rest of society if this conversation is ignored? 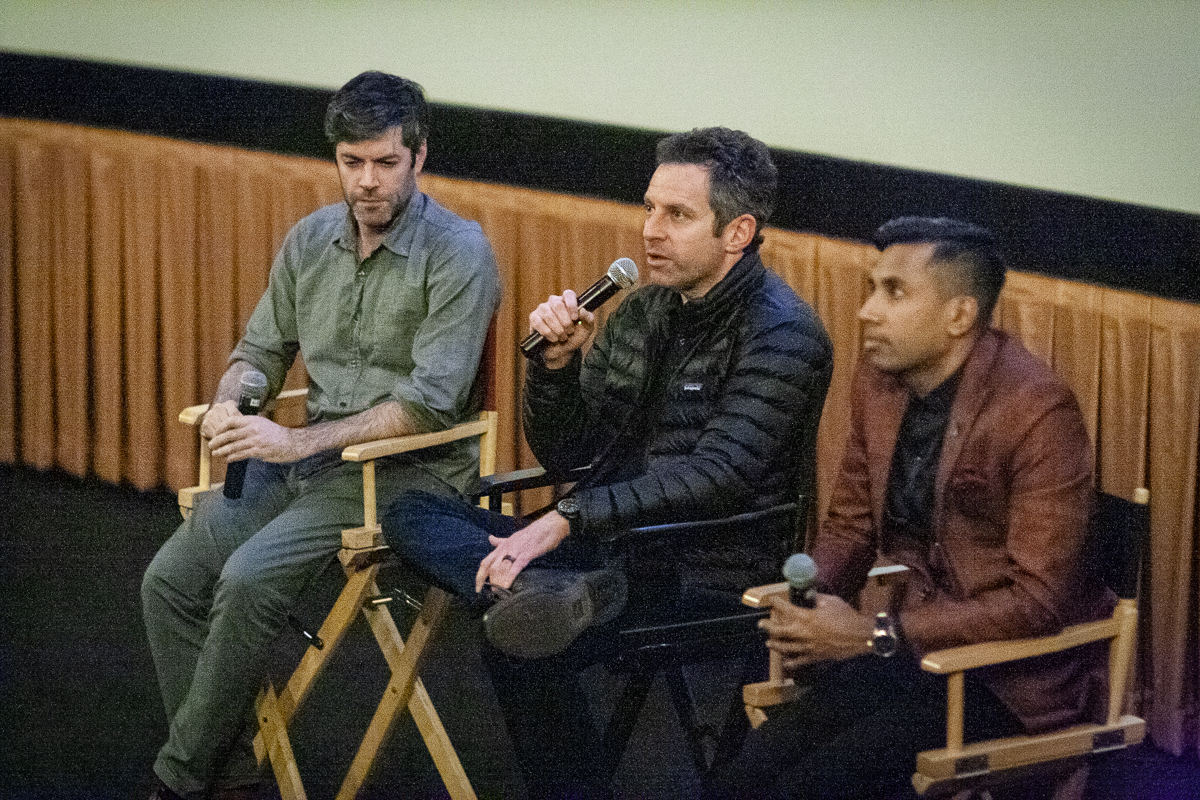 Despite accusations of bigotry and “Islamophobia” from their detractors, Harris and Nawaz approach these topics with a great deal of sensitivity. You genuinely feel like you’re witnessing a conversation between two individuals who have come to similar conclusions in spite of their vastly different experiences. Harris, who has a Ph.D. in neuroscience, was a major thought leader in the New Atheist movement. Nawaz is the Essex-born son of Pakistani immigrants, and a former Islamist who was jailed in Egypt for his activism.

And while Nawaz’s reputation as an Islamist-turned-liberal precedes him, the film goes to some lengths to bring his past to life on screen. Very little video footage exists documenting Nawaz’s five-year Egyptian detention for his involvement with Hizb-ut-Tahrir, an international revolutionary Islamist organization. And yet, one of the most powerful scenes in the film involves Nawaz recounting the interrogation tactics used against him and other prisoners, including torture. Nawaz’s emotion and the director’s strategic use of sound and music is one of the few occasions when the film succeeds in transforming and elevating the original source material.

At the film’s L.A. premiere, a handful of “Intellectual Dark Web’” figures were in attendance as special guests against the backdrop of a heightened security presence.

“Getting a mainstream documentary treatment is going to make this more palatable to people who were initially frightened about the subject matter,” said Eric Weinstein, the managing director of Thiel Capital, who was in attendance.  “The more we can template these conversations for people, the more they can understand that it is possible to have these discussions without them turning cancerous.”

Canadian ex-Muslim activist, Yasmine Mohammed, who features in the film, was also present. She’s in favor of discussing how best to reform Islam, but believes it is more realistic to aim for secularism. “The separation of mosque and state is a plausible goal,” she said, “but reformation is a much more difficult mountain to climb.” 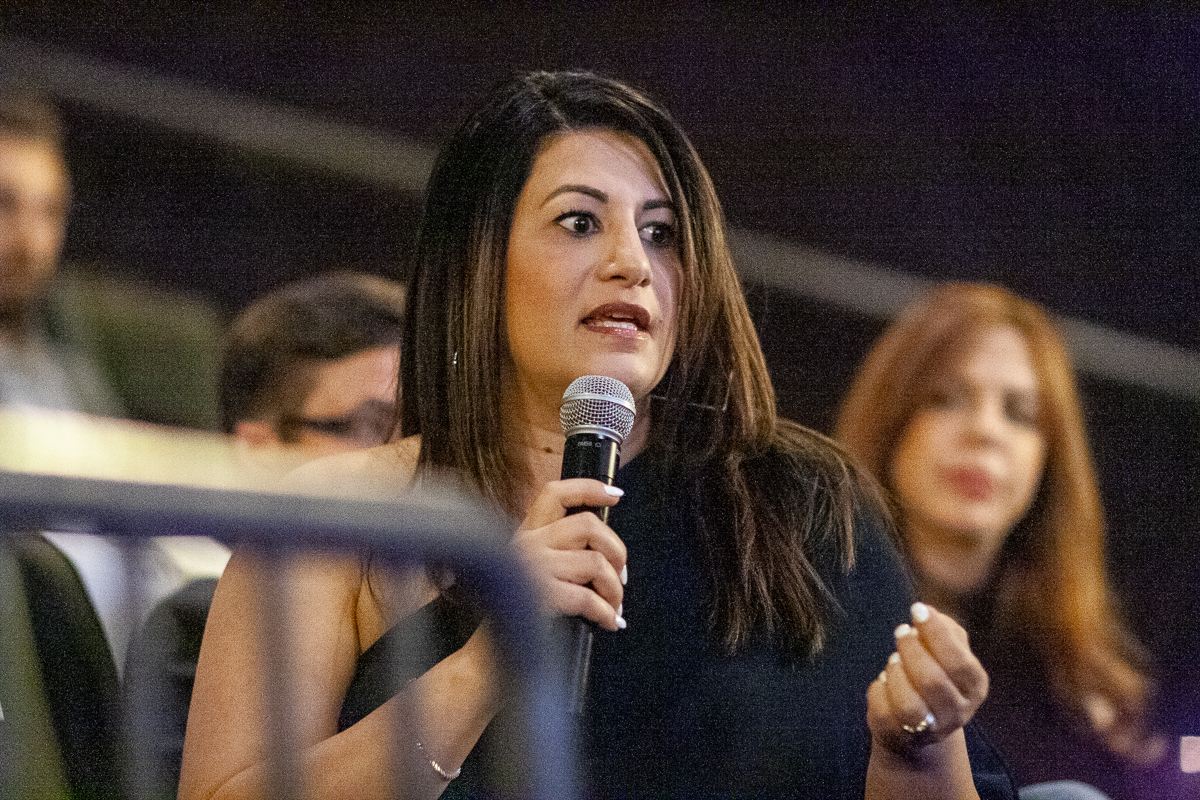 Suzi Jamil, the film’s Australian co-producer and director of Think Inc., hopes a positive reception for the film will allow for more documentaries to be produced that spur conversations on difficult issues.

While most people I spoke to at the premiere liked the film, some also had criticisms. “I appreciate that a film like this is being made; its courageous,” said Nushin Arbabzadah, an educator of Afghani extraction. “However, I think it also shows that something is lacking in our culture. In place of experts, whose education prepares them to understand the subject matter, we have activists who are discussing the most profound questions of our time. Where are the theologians?”

“Islam and the Future of Tolerance” is now available worldwide via Video on Demand. It is currently at the No. 1 documentary spot on the iTunes U.K. chart.