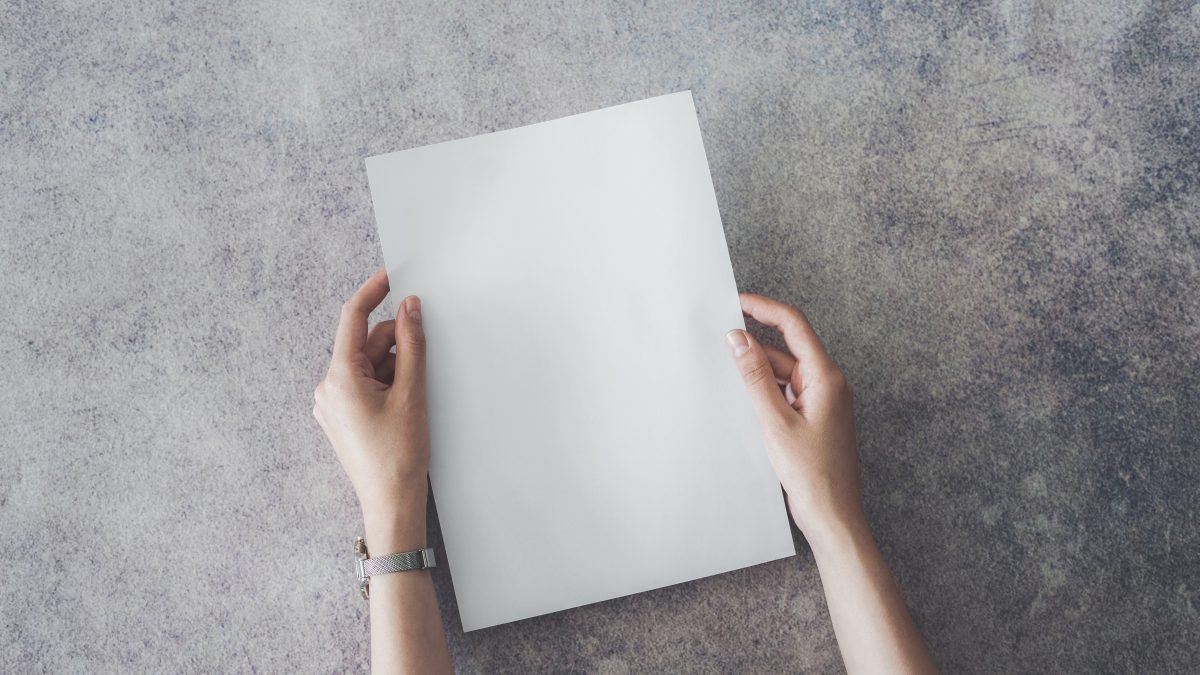 As a young child, I remember being told “You can be anything you want to be if you’re prepared to work hard enough.” I remember feeling inspired by these words. It was empowering to believe that my destiny was mine to choose and that my fate rested in my own hands. But, at the same time, I also remember experiencing a strong sense of shame, because I felt I was failing at everything and letting down everyone who loved me.

This was because I was underperforming significantly in grade school. In fact, I was far enough behind the pack that by the beginning of grade three, I was in danger of being streamed into the “basic” program. If my fate was truly in my own hands, as I wanted to believe it was, then my failure was my fault and mine alone. Presumably, I had the ability to turn things around, but I didn’t know how.

My mother, on the advice of the school psychologist, paid a small fortune to have me undergo detailed and comprehensive psychometric testing by a respected specialist in Toronto, where I grew up. This specialist diagnosed me with moderate dyslexia, severe ADD, and an uncommonly debilitating condition she referred to as “motor sequencing disorder.” Taken together, these disabilities explained my slow reading, wavering focus, and incontrovertibly disastrous written work.

Perhaps paradoxically, I remember feeling a sense of unmitigated relief as these results were explained to me. My failure in school wasn’t my fault, at least not entirely. Without being able to put it into words, I understood that whatever was wrong me was manifest on a neurological level and that my inability to keep up with my peers academically did not, contrary to what I was told on a daily basis, result from my own moral weakness. That was galvanizing. However much abuse I took from my grade three teacher (and back in those days abuse could border on physical), I knew inside myself that at least I had an excuse.

But there was a fly in that ointment. Somehow, inexplicably, in spite of all my disabilities, the psychologist also assessed my overall intelligence as being in the “superior to very superior” range. I should say up front that I was skeptical of this finding. At the age of eight—and having only recently gleaned “the truth” about Santa Claus—I was aware that grown-ups were capable of elaborate deceptions and I surmised that the whole matter was merely a ploy by my well-meaning mother to bolster my sagging confidence. However, if it was true, I was back to square one. If I was so superior, why couldn’t I pull it all together in school?

My so-called “superior” eight-year-old brain came up with an answer that proved as productive as it was satisfying; my aptitudes were starkly asymmetrical (or, in the words of a kid in grade school, I was naturally good at some things and naturally bad at others). This answer was satisfying because it gave me permission not to succeed at everything, and it was productive because it motivated me to apply myself where my effort seemed to make a difference.

Fast-forward to grade 12 and I found myself with marks that would have put me on the honor role. But I was failing math abysmally. This was uniquely unfortunate, because at the time I was fascinated with aviation—some would say obsessed—and I wanted more than anything to work in the field, preferably not as a baggage handler. I knew I had to pull up my socks, but again, I didn’t know how. All I knew was that the disabilities I’d been diagnosed with years before were grievously subverting my efforts at learning.

One day, my math teacher, Ms. Chu, asked me to see her after class in her office, where she presented me with my mark on the most recent test, which was 3 percent (that number is not missing a digit). I’d assumed I’d done poorly, as always, but my grade was a shock even to me. Worse, listening to Ms. Chu admonish me for “not trying hard enough” was excruciating, because I was certain my failure was not for lack of effort. I explained that I puzzled over algebra and graphs for hours every day, but she didn’t buy it.

“There is a linear relationship between effort and achievement,” she said. “If you were putting in the effort, you’d get the results.” By then, I was sick to death of hearing this, which was really just a variation on “You can be anything you want to be if you’re prepared to work hard enough.” Yet, miffed as I was, on a very deep level I yearned for this to be true. Every day, I could feel my dream of being a pilot slipping further out of my grasp and the only way I could ever hope to achieve it would be if, somehow, effort could make up for a dearth of aptitude. So, I applied myself like I’d never applied myself to anything before. But slogging away for three to five hours or more every day on one math course alone, I was still failing so badly that passing the course was not even a remote possibility. Worse, my other subjects were suffering too.

The response of my parents, teachers, guidance counsellors, and every adult who had influence over my life was to pressure me to double down and work harder. And my response was to take that pressure to heart. I worked and worked and worked until one day I just broke. With tears of frustration in my eyes, I got up from the desk in my tiny bedroom, descended the stairs to the basement and extracted my dad’s prized Winchester ‘94 carbine from his gun cabinet. Loading it with a single bullet, I worked the lever and placed the muzzle under my chin. My thumb hovering over the trigger, I closed my eyes, inhaled the musty gloom of the dark storage room and prepared myself for whatever the next world had in store.

Then, inexplicably, a random vision popped into my head. It was just a flicker, but it was enough to make me pause. It was a memory of a race I’d run in gym class weeks earlier. I saw my friend Raoul—a tall, muscular Jamaican—running so far ahead of the pack that the real contest was for second place. In the corner of my eye, I also just barely glimpsed Stephen, maybe a half pace behind me on the left. Suddenly, the race was over and I’d placed a respectable seventh, out of 31 students, with Stephen at number eight.

I wasn’t sure why just yet, but a feeling of relief swept over me, not unlike the feeling I’d experienced in grade three when the psychologist explained the results of my testing. I set down the still-loaded rifle and allowed myself to sink to the floor. After a few moments of bewildered contemplation, it became clear what the vision meant and why it had affected me so profoundly.

You see, my thin, fine-boned and extremely athletic Scandinavian classmate Stephen never won a sprint. He could dominate an intramural 10 kilometer cross-country race without breaking a sweat, but he never once prevailed in a sprint, even in gym class. Raoul on the other hand was uncontested in the 100 meter dash. In fact, he consistently finished so far ahead of the pack that he’d tease the rest of us by pretending to run in slow motion as he crossed the finish line. Yet Raoul would practically collapse after the first half-kilometer on days when did our cross-country runs.

Raoul had no real interest in competitive sports, but Stephen did and in the future he went on to win medals at the provincial level. What made me put down the gun, I realized, was the epiphany that the relative success Stephen and Raoul enjoyed in different contests arose more from their respective physical body types than from any aspect of their training. Certainly, if he’d cared to do so, Raoul could have improved his endurance and, if he’d put his mind to it, Stephen could have run incrementally faster and possibly placed ahead of me. But Stephen would never have beaten Raoul in the sprint. What’s more, investing more than the cursory efforts required by gym class into sprinting would have cost him his edge in cross country. Stephen knew this, so he focused on his strengths and he succeeded.

The next day, I marched into the guidance office and dropped math, knowing full well that my dream of flying airplanes for a living was finished. My teachers worked hard to get me to reconsider and my mother tried every trick in the parental playbook to coerce me into sticking with math, but I refused. The following year I pulled off grades approaching straight 90s in non-math subjects, got into a top-rated university and the rest, as they say, is history.

The moral of the story is this: effort is no substitute for aptitude and (I’m sorry if this hurts) we can’t always be whatever we want to be. In the argument between Nature and Nurture, Nature may not have the last word, but it’s got an awfully loud voice. If anyone you love ever reaches the low point that I did, please don’t reflexively “inspire” them by insisting they can overcome any obstacle with enough effort. If I’d heard that one more time I’m sure I’d have pulled the trigger. Instead, help them come to terms with their weaknesses. This is not limiting. It’s emancipating because it will help them start working toward goals they have a meaningful chance of reaching.

You might be wondering how my life ended up. I’ve been a news cameraman and a documentary producer and I’ve traveled the world as an English teacher, scuba instructor, and professional photographer, helping and interacting with others in ways that I’d never have discovered had I insisted on seeing myself as a blank page onto which I could write whatever I thought I (or others) wanted. We are not blank pages, we do not have equal aptitudes, and to pretend that we do is to condemn the Stephens of this world to a life of running hopeless sprints against legions of Raouls. Don’t do that to people you love.

The author is a freelance photographer, published fiction author, and educator who lives with his wife and two cats on a sub-tropical island in the Asian Pacific. “Cameron Sage” is a pseudonym.