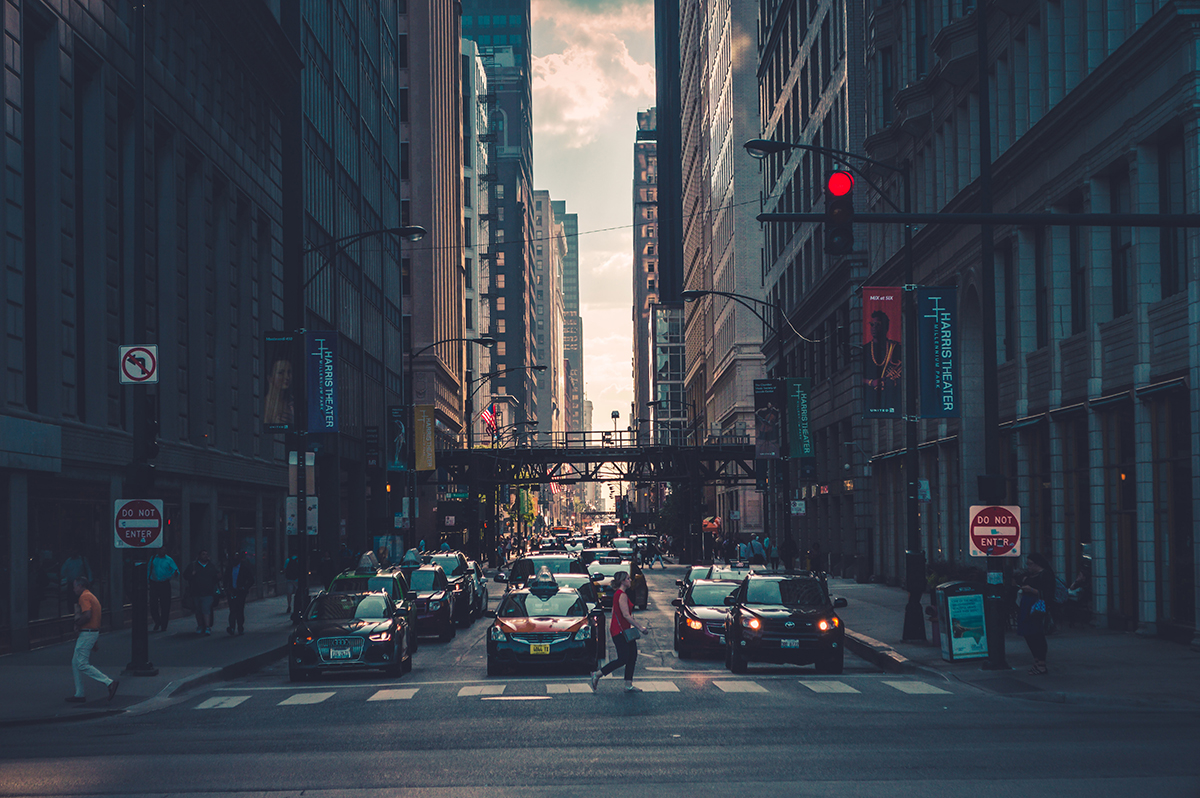 A review of Factfulness: Ten Reasons We’re Wrong About the World – and Why Things Are Better Than You Think by Hans Rosling, with Ola Rosling and Anna Rosling Rönnlund. Flatiron Books (April 2018) 352 pages.

With environmentalists predicting the end of the world like evangelists of doom, 800 million people languishing in extreme poverty worldwide, and an ever-present threat of nuclear conflict in perpetual limbo, it is perhaps understandable that many people assume that the 21st world is in crisis. Stark disparities of wealth in the US and the UK fuel bitter political polarisation and we appear to be obsessed with our differences at the expense of our commonalities. But is it correct to conclude that everything is therefore terrible and only likely to get worse?

This is the world as we understand it through the media and pessimistic perceptions are, in part, a product our own failure to keep up with the times. Journalists naturally seek interesting and sensational stories but these are not representative of the wider picture. Our perspective on the state of the world is almost entirely built on the facts we learned in school, no matter how long ago this was, and then confirmed by the news stories we see which disproportionately report on the negative, the emotive, and the extraordinary.

Seldom is incremental progress reported upon, especially if that progress is occurring on another continent—good news does not tend to make for the same page-turning journalism produced by tales of misery and despair. Factfulness, by Hans Rosling, co-authored with his son Ola and Ola’s partner Anna Rosling Rönnlund, begins with a 13-part questionnaire designed to test the reader’s understanding of the current state of the world. It is the same questionnaire Hans Rosling used to test scientists, university lecturers, journalists, and investment bankers around the world as he prepared to write his book. Extraordinarily, the majority of those tested got most of the answers wrong, scoring even worse than chimpanzees, and “the most appalling results came from a group of Nobel laureates and medical researchers.”

Rosling’s potentially perspective-altering book invites us to adopt one simple rule: only carry opinions for which you have strong supporting facts. This might sound easy and commonsensical enough. But, as the results of the questionnaire demonstrate, most people—whatever their level of education–have a disfigured view of the world. They are not just wrong, they reliably assume that things are far worse than they actually are. Factfulness identifies ten instincts we all share, which tend to over-dramatize the world as we see it. Rosling then offers a series of tools which can help to rid us of these misleading instincts. The ‘gap instinct,’ for example, leads us to assume that the news stories we read in the media reflect the most common and representative life experiences. But most of us do not own private jets or have to walk miles every morning to collect water for the day. The lives of the vast majority of the world’s population are somewhere in the middle. By the same token, the average number in a dataset can be wildly misleading as it fails to account for large variations in the data. Rosling’s most powerful example is the distinction between developing and developed countries. Due to the vast differences in lifestyle found within any country, he argues, to label it either ‘developed’ or ‘developing’ can be misleading.

This, in turn, feeds our ‘generalisation instinct’: the tendency to believe that, because on average Africa is less economically prosperous as Europe, all of Africa is therefore lagging behind European progress. Not only is this a logical fallacy in its own right, but it can have dire consequences. When attempting to aid the world’s more poverty-stricken communities, a generalised diagnosis can lead to the wrong type of aid being given to the wrong people. Resources are wasted and lives lost when the wrong issues are targeted and short-sighted solutions are implemented as a result.

As a physician who has worked and travelled widely, Rosling encountered many practical puzzles. In Factfulness, some of the most compelling points are supported by anecdotes from his own life. In order to illustrate the practical benefit of undertaking ‘factfulness,’ the author outlines points in his life where thinking differently would have produced a completely different outcome. Some anecdotes are entertaining whilst others are thought provoking but, whatever tone Rosling adopts, there is an important lesson to be learned. The most effective of these appears in a chapter warning of the hazards of our ‘urgency instinct.’ When Rosling was working as a physician in Memba, Mozambique, the local mayor asked him to approve a roadblock to prevent the spread of a paralytic disease. The disease had not yet been diagnosed, but Rosling approved the roadblock anyway so that something could be seen to be done given the urgency of the situation. The disease was later identified as konzo, which is not contagious but caused by the consumption of unprocessed cassava. Inadvertently, however, the roadblock led to loss of life when locals tried to get around it in small unseaworthy boats and drowned. In a book that emphasises the careful marshalling of evidence and data, stories like these put a human face on what might otherwise have been a rather impersonal reliance on numbers.

Factfulness offers empiricism and rationality as relief from the stress induced by the steady stream of media alarmism. What better way to unburden your opinions of personal bias and fraught emotion than to derive them from facts substantiated by research? Rather than obsess about the negative, Rosling encourages us to see the world’s many and various problems in their wider context. Rather than dwelling on the fact that 12 percent of one-year-olds don’t receive at least one vaccination, we should appreciate that this figure has fallen by 66 percent since 1980—a remarkable statistic when one considers that there are an extra two billion people on the planet.

Doomsayers and declinists on the Right and Left need to acknowledge that the rapid and radical changes they seek, especially on a global level, are simply unfeasible. Expecting too much too soon while simultaneously ignoring the progress already made is a recipe for impatience, cynicism, and instability. This is not, however, a warrant for complacency. Rather, it entails bearing in mind that while oil spills remain environmental disasters, they are significantly less common than they were in the 1980s and even the 1990s; child labour has been consistently falling since the 1950s; after a 3000-year battle, smallpox has been completely eradicated; and the number of animals monitored for the purpose of preserving their numbers has drastically increased since the beginning of the millennium. The populist prophets of doom-and-gloom are currently experiencing a resurgence across the West and beyond, even though the pessimism on which they thrive has never been less justified. Challenging obstacles such as the threats posed by nuclear war and climate change remain to be negotiated and resolved, but there has also been a rise in the number of democracies and the share of the world population with access to a protected water source. These are achievements of which we can be justifiably proud.

The world is not so black and white that it can be split between the West and the rest, us versus them. Individual levels of income, Rosling argues, are much more useful representatives of how people live. As a tool to bolster the clarity of Factfulness’s statistics, the writers have also created Dollar Street, an online database that details everyday life in different countries and different income levels. It assists in dispelling the idea that the lives of a given country’s inhabitants are determined by culture. Instead, it is income that largely defines lifestyle, and the goods people of a comparable income buy tend to be almost identical. No matter where you are, if income levels are held constant, you will buy the same sort of toys for your children and the same pots and pans with which to cook. Not only is Dollar Street an illuminating exercise, it is also a humbling one. It helps to give the complaints you may have about your own life a sense of proportion, so that what was once a source of anxiety now looks more like the mild inconvenience it actually is. This does not diminish the importance of activism and protest in effecting domestic change in richer countries; it merely brings the need for such change into clearer perspective.

Factfulness beckons us to become more sceptical and less cynical and more open-minded and less ignorant about the current state of the world. It is a progressive and internationalist view that nevertheless understands the importance of evaluating matters on a human level. For all of its focus on statistics, Factfulness is preoccupied with materially improving lives all over the world. Rosling eschews a Eurocentric perspective in favour of a global and historical view, and he invites us to consider that the way the West presently operates may not be the optimal model forever. Yes, the world is still rife with injustice, but not nearly as much as you thought. Rosling doesn’t claim that humanity has solved its problems and can now relax, but he aims to nuance our greatest challenges as a species so that we understand where best to expend our resources, where best to focus our time, and where best to look for opportunity. As he concludes: “Worry about the right things…ignore the noise, but keep an eye on the big global risks.”

Lyle Broom studies English and History at the University of Leeds. He is a freelance journalist with an interest in politics. You can follow him on Twitter @llbrm3