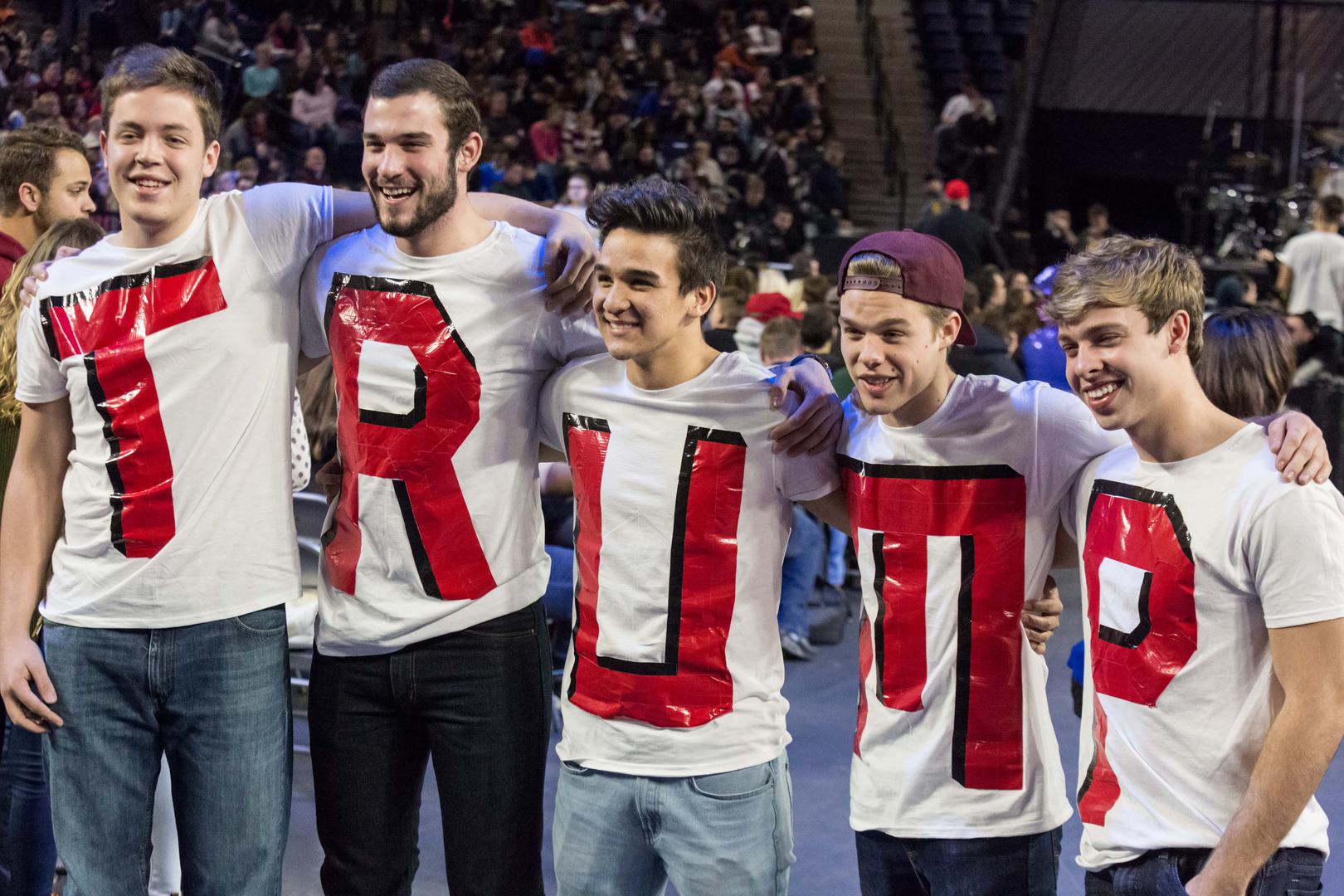 “If you’re a Republican, that means you’re for free speech.”

I used to believe this. I’m not sure I do any more.

In late April, several members of the site RedState, including me, were fired en masse in a single day. It was not for poor performance; among those dismissed were some of the top page view earners, and none had published a post that had embarrassed the site in some high-profile way. We had one thing in common, and one thing only: we were all fierce and highly vocal critics of Donald Trump.

It later emerged that the RedState firings were part of a larger effort by the site’s owner Salem Media Group to clamp down on criticism of Trump. CNN recently reported that Salem, which is also the largest broadcaster of conservative talk radio in the United States, had complained to some of its conservative talk show hosts during the campaign about the anti-Trump tone of some of their shows. In July 2016, a Salem executive wrote to hosts Ben Shapiro and Elisha Krauss: “What I have been hearing on TMA [The Morning Answer]…has not been in the spirit of ‘supporting the GOP nominee.’ . . . In fact, it seems that the show gets into negative minutiae of the Trump campaign and the GOP convention.” Krauss was later fired, and alleged that her dismissal resulted from her Trump criticism.

One high-profile Salem talker did a dramatic about-face on Trump in June 2016 after being schooled by Salem management. Hugh Hewitt said on his radio show on June 8, 2016 that the GOP had to dump Trump at the convention, arguing: “It’s like ignoring stage-four cancer. You can’t do it, you gotta go attack it.” But within a week, on June 15, Hewitt had penned a pro-Trump op-ed in the Washington Post, saying: “For the good of the country, Republicans have to be clear about the binary choice in front of us [and] close ranks around Trump.” What on Earth just happened? people wondered. Hewitt says he changed his mind independently, but emails from a Salem executive boasted that the CEO had written Hewitt and Michael Medved with “a very well stated case for supporting the GOP nominee because we have to beat Hillary.” After Hewitt’s op-ed appeared, the executive quoted Salem’s CEO as saying: “Wow he took a lot from my email to him and turned it into an article.”

Medved, for his part, didn’t take the hint. And he suffered for it, said CNN: “Medved’s time slot in several major markets—including Washington D.C., Dallas and Chicago—was changed from the prime afternoon hours to the late evening.”

Of course, writers and radio talkers are fired or rescheduled all the time, and the owners of an online publication or radio network have an absolute right to determine the editorial direction of their website and broadcasts. The importance of the mass firings at RedState, and of Salem’s cautionary emails to its radio hosts, lies in the way they reflect widespread changes in the conservative movement in America—in particular, a narrowing of viewpoint diversity, and a rampant fear of speaking one’s mind.

Conservatives have often said, with justice, that a lack of viewpoint diversity is a problem of the Left and not of the Right. Historically, it is members of the Left, not the Right, who shout down speakers, physically attack people because of their views, and attempt to use the power of organized boycotts or government authority to stamp out speech they don’t like.

The Left typically employs this despotic set of behaviors in the service of identity politics, paternalistically creating classes of people who Cannot Be Criticized in polite society. These groups are usually defined by race, gender, sexual orientation, and other similar characteristics. If you happen to fall in a protected group, the Left will shout down any criticism of the behavior of your group. They will visit real-life consequences—including job loss, destruction of reputation, shunning by advertisers, and even physical violence—on those who violate their speech codes.

But what used to be a problem only on the Left is now a problem on the Right as well. Donald Trump has fractured the conservative movement, and with the entrenchment of the fault line between Trump supporters and Trump critics, the Right now suffers from its own political correctness. But the protected class that is officially Free From Criticism is not gays, or women, or blacks. It is Donald Trump.

It might sound crazy to say that Donald Trump is beyond the reach of criticism. After all, isn’t he regularly pilloried on all the major networks, most of the cable news channels, and on the front pages of most national newspapers? Quite so: and this fact, if anything, causes his supporters to huddle closer, and reject or attack anyone who dares utter a critical word. This, in turn, creates an environment in which pundits and politicians on the Right are terrified to say what they really think.

The Trump presidency is reminiscent of the Twilight Zone episode “It’s a Good Life,” in which terrified adults tiptoe around a mercurial child with superpowers, responding to his every cruel and crazed act by nervously saying: “It’s good that you did that, Anthony!” Anthony responds to criticism by sending adults to a “cornfield” from which nobody has ever returned. When one drunken adult snaps and tells Anthony what he really thinks of him, he is turned into a Jack-in-the-Box.

Trump routinely exaggerates and lies, and the people who surround him applaud and say: “It’s good that you did that, Donald!” Trump recently claimed that the New York Times had made up a source out of whole cloth—an official who addressed the likelihood of a summit with North Korea on June 12. When a tape emerged of the very official whose existence Trump had denied, Trump fans were livid…with the media. Trump has made deliberately inaccurate accusations about being wiretapped by Obama and having a “spy” planted in his campaign for political purposes. When these claims are shown to be false—with Trump even boasting that he “branded” an informant as a “spy”—his supporters double down and insist he was right all along: “It’s good that you told those lies, Donald! It’s a real good thing!”

Of course, privately, many around Trump are contemptuous of him. His former Secretary of State Rex Tillerson confided in subordinates that Trump is a “fucking moron.” Trump’s Chief of Staff John Kelly has called him an “idiot” on numerous occasions. Kelly denies this, of course—knowing that public officials who speak their mind about Trump, like Jeff Flake and Bob Corker, have found themselves consigned to the cornfield of retirement. Politicians who don’t want to be turned into the political equivalent of a Jack-in-the-Box must attack Trump’s enemies, like the FBI and the Department of Justice, and defend Trump’s friends, like the murderous and dictatorial Vladimir Putin.

The one thing they know they can’t do is voice any criticism of Trump aloud. A few weeks ago, an anonymous Republican Congressman let loose a profanity-laced tirade about Trump to Erick Erickson, a longtime editor of RedState who no longer works there. The Congressman said he wished Trump “would just go away.” He added: “We’re going to lose the House, lose the Senate, and lose a bunch of states because of him.” After more obscenities, the Congressman concluded: “Of course, I can’t say that in public or I’d get run out of town.”

GOP pols know that they must praise Trump personally now that he is president, even if they have harshly attacked him in the past. For example, in the 2016 primary season, Lindsey Graham called Trump a “kook” and unfit for office. Now, Graham suggests that such opinions are fabrications by the Fake News Media. Similarly, Ted Cruz recently penned an encomium to Trump in the pages of Time magazine—after Trump suggested that Cruz’s wife is ugly, and accused Cruz’s father of possibly being complicit in a presidential assassination. During the primary, Cruz described Trump as “utterly amoral” and a “pathological liar” who had “smeared” Cruz’s wife. Now, he praises Trump as “a flash-bang grenade thrown into Washington by the forgotten men and women of America.”

I suspect that few of these alleged converts have actually converted to Trumpism. Instead, many are attempting to achieve their own ends while trying not to alienate Trump’s maniacally devoted fan base. In some cases this is rank cynicism, to be sure, but in many cases politicians see themselves as taking cover until the storm blows over. But the storm keeps raging—and every time it seems safe to venture outside, the deluge resumes.

Like politicians, conservative pundits also feel constant pressure to praise Trump, or at least refrain from criticizing him. The pressures of pleasing a Trump-friendly audience are similar in many ways to the challenge of winning votes from a Trumpian electorate. Trump is the Flavor of the Month, and most conservative media have read the writing on the wall. Networks like Fox have largely abandoned any pretense at objectivity, and have surrendered their airwaves to Sean Hannity style cheerleading. The message is clear: line up behind Trump or else. Some pundits get the message, like Hugh Hewitt, and perform the political equivalent of acrobatics to get their public to forget the nasty things they said about Trump in the past. Others don’t get the message—or refuse to heed it—and, sometimes, we get fired for it.

The implications for conservative thought are profound. Increasingly, conservatism’s most traditional principles have become heterodox in the era of Trump. Before Trump, conservatives believed in free trade and rejected tariffs. They advocated a dramatic reduction in the size of government, and opposed the never-ending growth of our national debt. They advocated a tough stand on Russia, and insisted that even if we reached a detente with foreign dictators, we could never let up the pressure on tyrants to cease abusing the human rights of their subjects.

Today, that has all changed, as ‘conservatives’ everywhere turn conservative principles on their head. Republicans tout the benefits of tariffs, explaining that we can’t let China take advantage of us. They channel the leftists at sites like Vox as they explain that the national debt is really not a problem, as long as people continue to buy our debt. They defend Vladimir Putin when he conducts an attempted assassination on foreign soil, saying that we would do the same if we could. So what if Trump praises Duterte’s extrajudicial assassinations? ask the Trump fans. Isn’t Trump achieving larger policy objectives? Didn’t FDR work with Stalin?

As a result, those of us on the Right who often criticize Donald Trump have largely become isolated amidst the rubble of what used to be our movement. We don’t share the policy views of the so-called ‘Resistance,’ with its enthusiasm for socialistic solutions to inequality, and its relentless quest to squash any challenge to racial and gender tribalism. But nor are we willing to pretend that a largely illiterate and immoral buffoon afflicted with a pathological narcissism is a fit occupant of the Oval Office.

All we can do is to continue to speak our minds. Increasingly, that feels like a step fewer and fewer people on the Right are willing to take.

Patrick Frey is a lawyer and the proprietor of Patterico.com. You can follow him on Twitter @Patterico