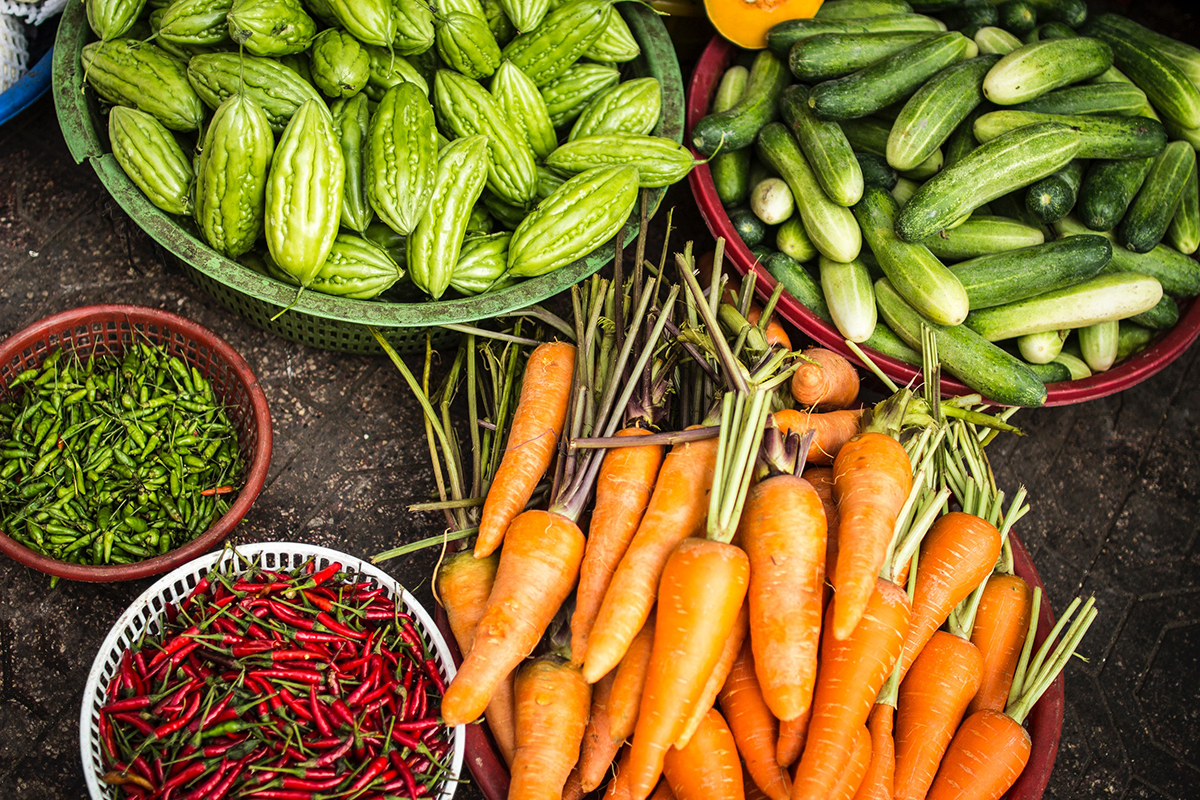 Advocates of a plant-based diet tout a wide variety of benefits: they say it’s more nutritious; that it reduces the chances of food-borne illnesses like E. coli; that it is better across all sorts of environmental metrics like land use, energy use, water use, greenhouse gas emissions, and local pollution; that it is better for animal welfare; that it is better for agricultural workers; and that it  is more economically efficient, which means it need fewer government subsidies and fewer natural resources spent on the same amount of nutrients and calories.

The latest example is Matthew Prescott’s Food Is the Solution: What to Eat to Save the World. Prescott works at The Humane Society of the United States, America’s largest animal charity. Within the first few pages, a brief foreword by Hollywood director James Cameron argues for the environmental benefits of a plant-based diet, then Prescott’s introduction claims that plant-based food can “prevent and reverse” heart disease, diabetes, cancer, stroke, obesity, and autoimmune disorders.

But given the many possible human diets from paleo to DASH, isn’t it highly unlikely that one ends up with the very best of all of the above? It’s like rolling a six ten times in succession. Since life usually provides us with a choice of imperfect options and trade-offs rather than perfect solutions, isn’t it more likely situation that veganism is best in one respect — say, animal welfare — but that a Mediterranean diet is best for health, and a pescetarian diet is best for the environment?

Diet advocates have a strong incentive to believe in — and extol — benefits beyond those that initially inspired them. For example, while many young people go vegan for ethical reasons, it’s often much easier to persuade an older person like a grandparent to go vegan if it prevents heart disease, diabetes, or helps them lose weight. So the one-solution-fits-all advocacy of veganism offers quite a suspicious convergence of goods.

Nevertheless, the vegan diet — or something close to it — really is best on most of these metrics, and we have strong reason to favor it overall. The main reason this convergence isn’t very suspicious is that these metrics are not independent in the same way that a dice roll is unaffected by previous dice rolls. Several of these metrics are driven by a common factor: the sheer inefficiency of using complex, sentient beings to produce simple products like meat, dairy, eggs, and leather.

Animals do a lot of things that are unnecessary for food production. They grow teeth, beaks, and bones. They generate body heat, use complex immune systems, and maintain homeostasis. They have brains and peripheral nervous systems, which allow them to make decisions and feel a spectrum of emotions in much the same way humans do. These factors lead to us getting only around one calorie of animal-based food for every ten calories of plant-based food we feed a farmed animal.

We can appreciate this inefficiency by comparing it to the technology of ‘clean meat,’ real animal meat made without the ethical and food safety costs of animal slaughter. To make clean meat, agricultural workers take a small sample of cells from a living animal and mix those cells with nutrients, energy, and growth factors. The cells grow using the same process that occurs inside an animal’s body, but without the extraneous materials (e.g. hair, bones) and processes (e.g. immune system, nervous system). Meat made this way is expected to launch at select restaurants over the next couple of years.

This inefficiency leads to unsustainability, animal cruelty, economic costs, food-borne illness, and antibiotic resistance. This common causal factor makes convergence less suspicious, just as a loaded die will reliably roll a six. The convergence is strengthened if we compare a plant-centric diet with an animal-centric diet, or a plant-centric whole-foods diet and an animal-centric Standard American Diet (SAD) which is rich in processed foods. Now the comparison is more like a coin toss than a dice roll that compares the vegan diet with every alternative, so it’s less surprising for one option out of two to be better across-the-board than one option out of many.

The final reason not to be too worried about suspicious convergence is that, in any comparison between diets, some diet has to be the best overall. That diet will probably get a lot of advocates, and it will probably offer a variety of benefits. It’s like being amazed that someone got lucky enough to win the lottery, but then realizing that, well, it had to happen to someone.

But suspicious convergence also raises an important question. If we favor a plant-centric diet, how plant-centric should we be? Fully vegan? Vegetarian? For the sake of simplicity, I’ll focus on the animal welfare angle, though similar arguments apply to the other diet metrics.

One of the unfortunate facts here is that even plant-based foods — whether grown for animal feed or human consumption — can cause animal suffering. Growing row crops like corn and soybeans involves large machinery rolling through a field. Small animals like rodents live in crop fields, so some of them could suffer and die under the wheels if they don’t run away fast enough. Crop farming can also require pesticides and cause pollution that harms wild animals.

Some animal products, on the other hand, might actually cause little to no animal suffering. Oysters and mussels show essentially no more evidence of sentience than plants, though they are technically animals. They are simple filter feeders which do little more than open and close their shells, just as a Venus flytrap plant closes onto an unsuspecting insect. Additionally, eating these animals can provide useful nutrients (for vegans and non-vegans alike) such as B12 and zinc. In fact, some effective altruists have decided that the most ethical diet for them is bivalveganism, a vegan diet with the exception of oysters and mussels. (Other bivalves like clams show more evidence of sentience.)

There’s also a vast difference between the animal cruelty costs of different animal products. Eating 500 calories of farmed fish meat causes approximately 28 to 159 days of factory farm fish suffering; eggs cause 6 days of factory farm chicken suffering; chicken meat 3 days; pork 7 hours; beef 4 hours; and milk 18 minutes. This means that eating fish could cause 13,000 times more suffering than drinking milk! These huge differences are due to the lifespans and number of calories produced by each animal, so large animals like cows and pigs produce much more per day of life than do small animals like chickens and fish. We should also consider the conditions in which each animal is kept, which makes the case against eating chickens and fish even stronger as their conditions seem to be the worst.

So, with this in mind, the most important food choice for animal welfare might not be animals versus plants, but chicken and fish products versus everything else. If a conflicted omnivore decides to cut out red meat, but ends up eating slightly more chicken meat, this could cause far more animal suffering despite being a shift in the plant-based direction. Perhaps vegetarian advocates should focus their advocacy on reducing chicken consumption.

Ultimately, with the sizeable evidence we have for the costs of animal cruelty and the unsustainability of animal-based foods, the case for the plant-based option is clear and convincing. The inefficiency of animal farming is a sound reason to believe that it will eventually be replaced by animal-free solutions, just as horses have been displaced by automobiles and whale oil has been displaced by kerosene and now the electric lightbulb. A plant-based diet doesn’t need to be hugely better across every metric for us to agree that its benefits are important enough to warrant the shift to an animal-free food system.

Jacy Reese is the Research Director of Sentience Institute, a nonprofit think tank researching how social movements succeed in expanding humanity’s moral circle. He is currently writing a book, The End of Animal Farming (November 2018), that illuminates humanity’s transition to an animal-free food system. You can follow him on Twitter @jacyreese