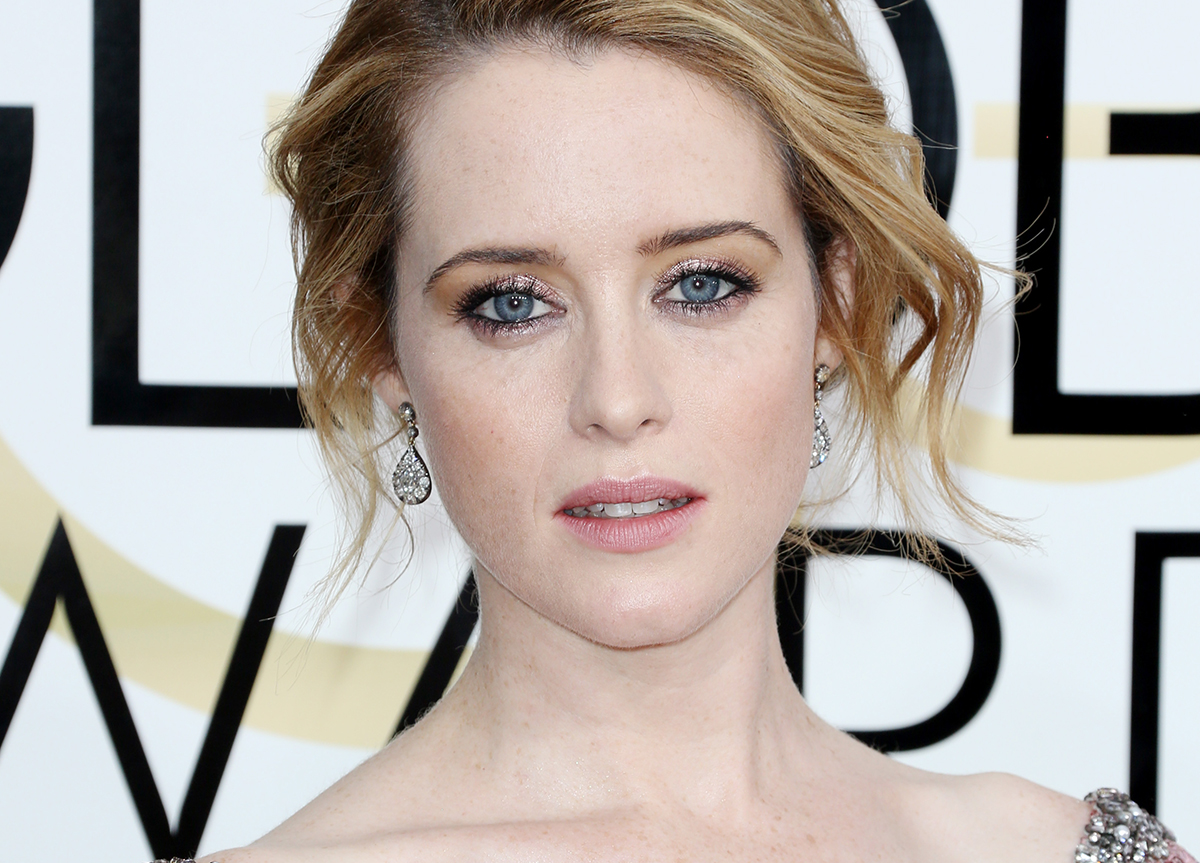 A UK survey conducted in 2014 found that, in the previous year, only 1 in 50 actors had made more than £20,000 (the UK mean income was £29,172). 46 percent of actors made less than £1,000, and a further 30 percent only made between £1000 and £5000. With this context in mind, consider the outrage produced by the recent revelation that the £40,000 Claire Foy received for every episode of The Crown in which she appeared was less than the amount paid to her male co-star, Matt Smith. Foy played Queen Elizabeth in the hugely successful Netflix drama, and Smith played the Duke of Edinburgh.

Apparently, the large sums involved do not affect the principle at issue. And that principle is important. Confusingly, however, it has been impossible to discern what this principle actually is. A variety of alternatives have been offered, but none of them makes much sense. For example, Channel 4’s Cathy Newman, by now well known for her views on equal pay, tweeted the following:

This is beyond parody. She played the most powerful woman in the land but still that didn’t merit equal pay… https://t.co/vMOW637knk

This, then, is the principle of character rank. Foy plays the Queen, ergo she must earn a king’s ransom. In the first episode of the series she is still Princess Elizabeth and her father, played by Jared Harris, is the King. So, by this particular yardstick, Harris should have been paid the most for that single episode. Would Foy receive her pay bump when her on-screen father’s heart stopped beating or when her character swore her oath at the coronation 3 episodes later? Under this principle, when a character is demoted the actor presumably takes a pay cut. Such a pay system would make military films especially difficult. Harve Presnell, who played General George C. Marshall for a single scene in Saving Private Ryan, would command a higher salary than Tom Hanks, who played a mere captain throughout. Successful actors might have to instruct their agents that they are “only available for parts of colonel and above.”

For other critics, the title was the salient factor. “It’s called The Crown,” mocked Twitter, and although several characters wear a crown, the crown is worn by Foy’s character and therefore she must be paid the most. Adoption of this principle would make producers of Waiting for Godot especially happy and require that the mechanical shark in Jaws (or its operators?) be paid more than its human counterparts.

Of the principles implied, that of screen time at least enjoys some semblance of logic. If Foy does more work, she ought to get more money. I don’t know how the respective screen time between the two leads compares but, for the sake of argument, let us grant that hers was longer. There’s still no good reason to suggest that sexism is the cause of any pay differential. For a famous example that also applies to the title principle, consider that Christopher Reeve, who rigorously worked on his physique for the long and demanding shoot of Superman the Movie, was paid $250,000 for the first two films. Gene Hackman, however, got $2m while Marlon Brando received around $3.7m for a mere 10 minutes screen time and 12 days on set. His percentage of the gross meant he ended up with nearly $19m in total, 76 times what Reeve was paid and for a fraction of the work. For his role as the Joker in Tim Burton’s Batman, Jack Nicholson ended up earning over 12 times what Michael Keaton received for playing the title role. Edward Norton had more screen time than Brad Pitt in Fight Club but Pitt earned $17.5 million and Norton, $2.5 million.

But in these examples, a man is earning less than another man so there is no apparent injustice. The producers assessed the value that the various people brought to the project – in terms of talent, fame, and prestige – and they paid accordingly. Hugh Grant played the lead in Notting Hill and yet he was paid about half the amount of his Hollywood co-star, Julia Roberts. Strangely, nobody has sought to chastise the producers for the gender pay gap in that instance, either.

Announcing the pay difference on The Crown, the executive producers explained that Smith’s higher pay was “due to his Doctor Who fame.” For many, including myself, this is sufficient to settle the matter. Smith had played Doctor Who, and Foy had played no previous role that offered comparable fame and exposure. And so the more famous actor got paid more money. Fame is currency. Familiarity, trust, and critical regard attract audiences. By the same token, Foy will now be in a position to command a greater salary as a result of her appearance in The Crown than a comparatively less famous male co-star. Is this not a perfectly sensible system that, to some extent, reflects the demands of the market? Ignoring the prestige and quality of a particular project, an actor’s pay check is ultimately determined by how much it costs to have them working on your project when they could be making money on somebody else’s project elsewhere. Time is money and different actors’ time is worth different amounts. Both Foy and Smith would be unavailable for other work for the same length of time.

The producers of The Crown have promised to ‘rectify’ the situation. But this word implies that there was a valid complaint in the first place. They have already recast the role and hired Olivia Coleman. She is no doubt pleased to discover she will be the most highly paid actor, but in the absence of a coherent or principled gripe, this seems like little more than a PR response to the confusion of others. In the future, the producers will recast again with an even older actress of their choice. What if the favoured choice for her on-screen husband costs more than the minimum amount she is willing to be paid? Will the producers select a less suitable actor for the part or will they pay her more than is necessary to uphold their arbitrary pledge? Are they, in other words, about to give away free money to avoid baseless charges of sexism? If so, there are plenty of people working on that production who earn a great deal less and at whom they could throw it.

The Foy/Smith pay differential is not the first complaint of its kind. Multiple instances brought to the public’s attention have been met with the same indignant claims of injustice. The unequal salaries Ruth Wilson and Dominic West received for the TV series The Affair provides a recent example. Complaining about her situation, Wilson declared that her aim is not more money but merely equal pay. If that doesn’t mean more money for her then it means a pay cut for her co-star. But, once again, a sober comparison of the two performers’ respective careers shows a clear reason why West’s agent was in a position to demand more than Wilson’s. West is a bigger name, has spent longer in the industry, has earned more credits, and, consequently, enjoys a higher media profile.

The affair of The Affair is a further call for equal pay for equal billing, so long as the actors are of different gender. If The Affair were about a gay couple, and a male actor of Wilson’s stature played opposite West, who imagines a pay differential would be producing righteous hashtags, pointed questions, and agonised soul-searching? A pay gap between two men is the product of market forces, but a pay gap between a man and a woman is attributable to either the market or to patriarchal oppression, depending on whom it favours.

This demand to ignore market rates and determine pay on some other unspecified basis doesn’t appear to rely on a practical working principle. Apart from providing a new incentive to strengthen or diminish roles for reasons independent of the quality of the end product, equal pay for equal billing would reduce the benefit of casting a relatively unknown in a prestigious role. Budgets are, after all, not limitless and if casting decisions are to be dictated by politically imposed costs, it will create some perverse and unintended consequences. Why take a chance on somebody willing to work for less if you are required to pay the same amount for a more established name?

If there is a problem here, it is not that female actors are underpaid but that male actors are overpaid. Acting is unionised and it is therefore subject to minimum rates. The people we are discussing here earn much more than that minimum. It is fair to say that no actor on a big production is working for less than they are prepared to accept. All the women in the high profile examples that elicit public outcries are, by definition, those who were paid enough to turn up. A pay gap based on discrimination would therefore require us to believe that executives are donating money to male actors out of apparent largesse – presumably based on patriarchal solidarity from male producers and some as-yet-undefined reason from their female counterparts.

There are wider complaints about the industry. Too few women are represented at various levels, too few stories focus on women, there are too few roles for older women, and so on. These complaints may or may not have greater validity, but they won’t be rectified by nonsensical pledges about parity of payment on specific projects. In the absence of demonstrable sexism, I don’t care that Claire Foy earns less than Matt Smith, and nor do I care at all if Dominic West takes a pay cut. But the silliness with which this issue is discussed is profoundly annoying, particularly as it seems to have much in common with other spurious identity-based complaints.

Our habit of reflexively assuming that discrimination explains aggregate disparities in outcome is both well established and endlessly debunked. Alas, to little avail. Pointing at specific cases, highlighting a demographic difference, and then declaring discrimination to be the sole cause without further evidence, is a tactic favoured by those who consider themselves thoroughly modern, and who might consider “It’s The Current Year!” to be an unanswerable argument. But this thought process is pre-medieval – an unreflective instinct of pattern-seeking mammals who habitually see conspiracies in misattributions of cause and effect. Just as infant deaths were once blamed on a neighbour’s malevolent witchcraft and crop failure on insufficient animal sacrifice, today’s hashtags blame identity-group discrimination for pay differentials when perfectly logical alternative explanations are readily available.

The complaints about pay gaps have already seen some female actors earn more money. Public pressure and shaming can do that. If high earning actors wish to piggyback nonsense to further enrich themselves that’s up to them, I suppose. That’s the market too. The same applies when actors demand whatever money they demand for whatever reason they demand it. But it doesn’t make any of this more noble or less ridiculous. When Jennifer Lawrence and Robert Downey Jnr both make $80m in a year instead of the $50m and $80 they earned in 2015, respectively, perhaps a great victory will have been won. I just can’t fathom what that victory is.

David Paxton is a writer and a former MENA Security Consultant. You can follow him on Twitter @DavidDPaxton