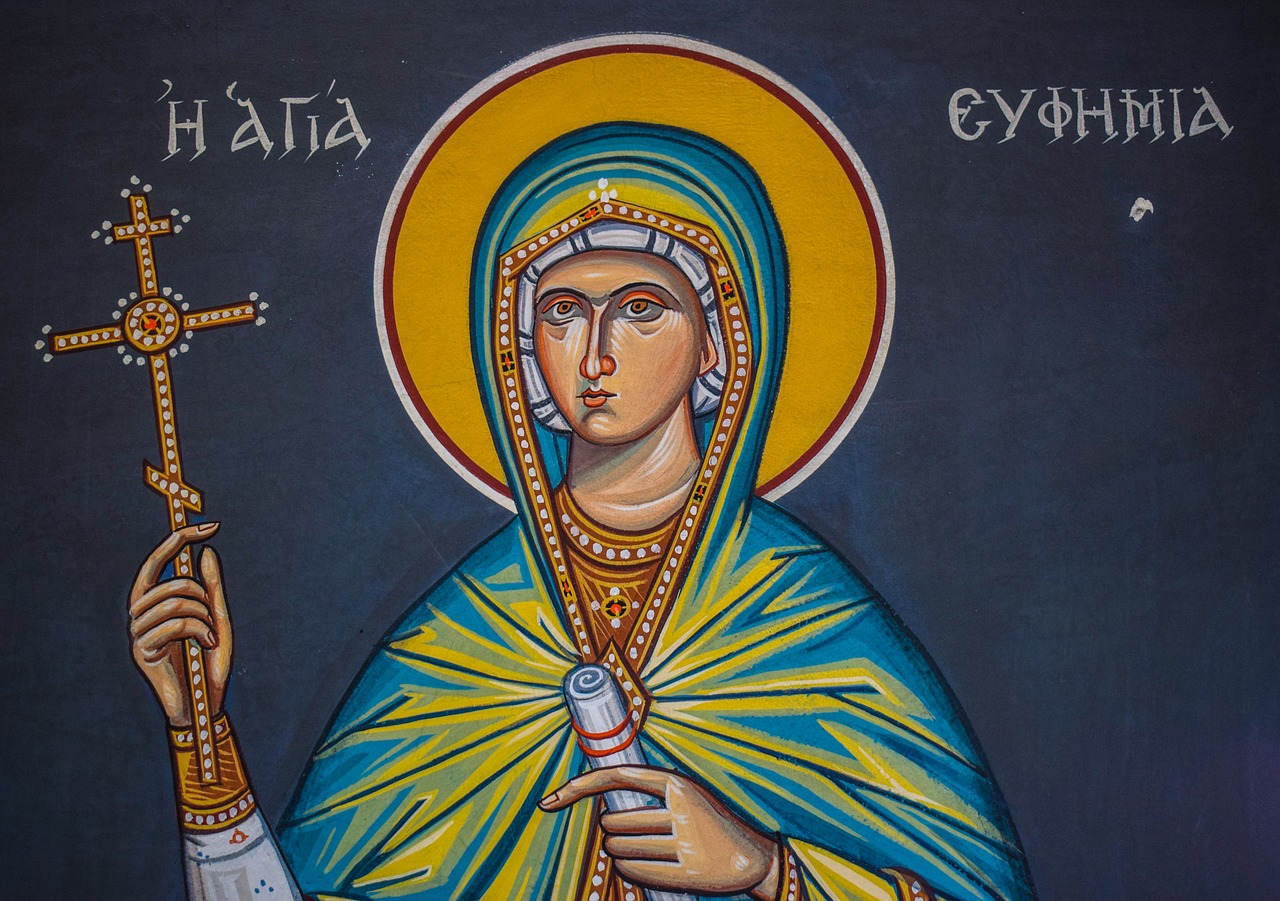 To accuse someone of virtue signaling usually means something like, “you don’t actually believe this, you’re just posturing.” There are real and troubling aspects of moral posturing, but ‘virtue signaling’ is a misnomer. Instead, by exploring how the process of internalizing genuine virtue can go wrong, I’d like to suggest the alternative term ‘piety contest,’ which, in addition to being a better description of the problem, also suggests ways to combat it.

The Problems of ‘Virtue Signaling’

There are a couple of problems with the term ‘virtue signalling.’ The first is that, strictly speaking, it isn’t signaling at all. As Sam Bowman pointed out in a recent post at the Adam Smith Institute, ‘signaling’ is a term with a specific meaning and, as understood by biologists and economists, it is credible because it costs something. The kind of posturing we call ‘virtue signaling,’ on the other hand, usually costs nothing and so is actually closer to what economists call cheap talk. Everyday usage, however, doesn’t necessarily need to conform to scientific usage.

The more important problem is that, in addition to getting signaling wrong, the expression also gets virtue wrong.

To see this, it helps to step back from our everyday experience of humans as moral creatures and consider just how much of a puzzle moral behavior is. How is it that humans are not only willing, but in many cases eager to bear costs that don’t provide them with any foreseeable benefit? It’s not just the threat of punishment. Nobody punishes you for failing to bring a meal to your sick neighbor. And yet, acts of generosity like that are common across human societies.

And it’s not just social status, either. Indeed, stories of self-sacrifice in one form or another are common enough that we hardly question the motivation. Martyrdom by an outgroup cannot be explained simply as a desire for status with an ingroup, since there are people genuinely willing to buck their own group and bear the costs for the sake of a cherished belief. So posturing for status or conformity doesn’t explain the exercise of virtue. But it can help to explain the development of virtue.

As I have argued previously, genuine virtue necessarily begins as posturing. People are not born caring about high ideals. They will, however, start to care about what others think of them, and realize that high ideals are something that people reward you for having. It’s only after a period of posturing that norms and high ideals are internalized, and that acting virtuously becomes habitual and second-nature. Only then can these ideals become a motive force for genuine virtue. This has been understood at least since St. Augustine, who wrote at length about the necessity of cultivating virtuous habits. More recently, C.S. Lewis argued:

Do not waste time bothering whether you “love” your neighbor; act as if you did. As soon as we do this we find one of the great secrets. When you are behaving as if you loved someone you will presently come to love him.

“Virtue signaling”, therefore, is a necessary step on the road to actual virtue. First you comply with a norm to indicate conformity and to gain standing in a group. Only later does this become habitual enough that you see the norm as an end in itself. And this is true for any deeply held belief. Someone who never virtue signals, in other words, will likely never be virtuous, by anyone’s definition.

Nevertheless, ‘virtue signaling’ has become a powerful epithet for two related reasons. First, because people disagree over what constitutes virtue, an accusation of inauthenticity is a way of explaining away that disagreement. Second – and perhaps more cynically – it’s easier to discredit someone by accusing them of inauthenticity than it is to explain why they are wrong. If I can’t imagine internalizing your norms, well, then your espousal of them must be disingenuous or even mercenary.

But there is a danger in the preoccupation with authenticity over virtue. If we disparage virtue signaling, we risk disparaging virtue itself. Knavery, after all, is quite often more ‘authentic’ than virtue, and we must not give the knave a pass simply because he makes no pretensions to virtue.

The Danger of Piety Contests

All that being said, the fact that displays of virtue are necessary for moral development doesn’t mean we ought to praise them in every instance. There is an important debate to be had about which norms it would be useful or harmful to internalize, and how we ought to judge that question. But, that debate notwithstanding, there still seems to be something pathological about the recent amplification of progressive cheap talk, separate from the question of its rightness or wrongness – something that smells inauthentic, even if inauthenticity by itself isn’t something we ought to condemn.

That something, I submit, is the dynamic of the piety contest. (The term “purity spiral” seems more common now, but I think piety contest is a better description of the actual process.) Imagine a community in which competing statements are judged, not on the basis of their accuracy or coherence, but by the degree to which they reflect some sacred value. Furthermore, there’s some sort of punishment for those who find themselves on the losing end of the contest. The result is that the sacred value in question ends up trumping all other values such as workability, or truth, or coherence, or humanity.

Piety contests wreak havoc to the extent that the punishment for losing them is effective. In the early 2000s there was a “patriotism contest” in the U.S. over who could speak the worst of terrorists, leading to nonsensical statements like “terrorists are cowards.” The punishment here seems to have been limited to some mild haranguing by intemperate right-wingers, but even so, it provided cover for some major foreign policy blunders. That contest was itself instigated by another, the parameters of which are something like “who can defend the sanctity of the Prophet most strongly?” Because the punishment here is death, it’s been able to spiral into homicidal crusades against those who so much as depict him. With such a stringent punishment, it’s no wonder that liberal norms lose out to “behead all those who insult the prophet.”

In the case of the progressives accused of virtue signaling, the objective function seems to be something like, “who can be the most inclusive?” – which in practice devolves into “who can be the most obsequious toward favored groups?” Naturally this leads to absurdities, like the idea that science is a tool of white oppression (math too!), or the weird ritual of public self-debasement on Twitter, or the idea that differences in group outcomes can be entirely explained by discrimination despite their persistence in the face of waning discrimination. And as Lindsay Shepherd became the most recent to discover, the penalty for losing this contest can be quite stiff.

Being able to identify a piety contest in progress is probably a good way to know what communities to avoid being a part of and which norms to avoid adopting. From the outside, it might look like inauthenticity because the norms move too quickly for the internalization process to keep up, so anyone arguing the bleeding edge of a piety contest is probably still at the point where they’re doing so mainly to signal conformity or maintain standing. But that’s not the problem. Everyone will (or should) at some point find himself in the process of internalizing new norms. And just as it would be foolish to throw out virtue in the course of countering certain pieties, it would also be foolish to conclude that we would be better off without myths, sacredness, and piety at all.

The problem, rather, is judging the acceptability of statements and actions on the basis of a single sacred criterion. Fundamentalism in this sense is part-and-parcel of the piety contest. No matter what your foundational principle, if you have only one, there will be bullets you have to bite.

The defense against piety contests, therefore, is to cultivate a multiplicity of irreducible sacred values. This gives the moral community a vantage point from which to evaluate the consequences of each norm against something else. Christianity, for example, is filled with pairs of concepts that orthodoxy holds “in tension”: trinity and unity, free will and predestination, grace and works, and so on. Indeed, heresy has been defined as emphasizing one element of one of these pairs at the expense of the other, and throughout Christianity’s history it has been heretical movements of just this sort that have been filled with the fervent zeal of the piety contest. “Tension” might frustrate the reductionist who drives for consistency above all, but irreducible pairs like this serve a prophylactic function in preventing ideologically (and often physically) destructive piety contests.

Even outside of the religious context, modern Western moral philosophy has tried to transplant the success of science – where reductionism has proven powerful and useful – across the is/ought gap and into the normative realm. Rather than the four cardinal virtues of ancient moral philosophy – prudence, courage, temperance, and justice – we have a number of philosophies competing to reduce everything to a single ur-virtue, such as happiness (utilitarianism), or equality (socialism), or self-love (objectivism), and so on.

But we must be careful of clearing away and deconstructing sacred values, lest they be replaced with dangerous fast-growth pieties that can metastasize without competition. This does not imply traditionalism for its own sake – a ship that has, in any event, sailed. While many traditional norm-complexes had at least the virtue of stability, I don’t hesitate to call modernity the greatest accomplishment of human history. Nevertheless, as we move into yet another one of its paroxysms of legitimacy, it would be wise to appreciate just what we have discarded in the modern era. Reasserting a multitude of virtues, and resisting the impulse to reduce them all to one, will be an important defense against piety contests from all quarters.

Cameron Harwick is finishing a PhD in economics at George Mason University, where he does research on monetary theory, cryptocurrencies, and the theory of cooperation. He blogs at cameronharwick.com, and you can follow him on Twitter at @C_Harwick.