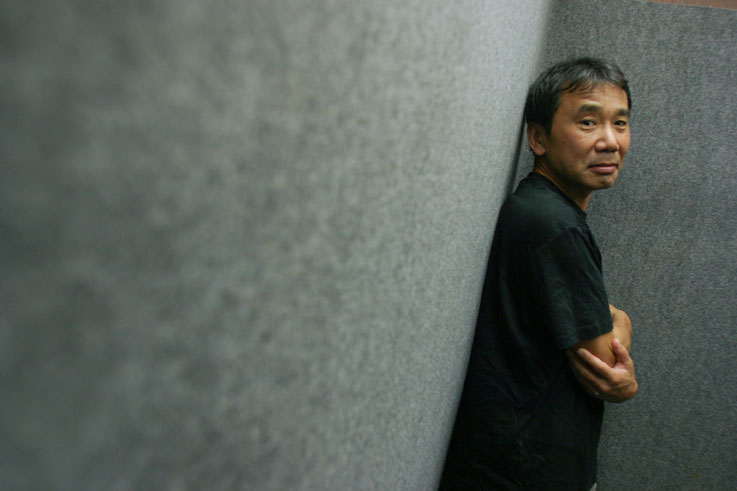 Do you ever want to take a walk? Not around the neighbourhood. Not around the park. Not around the city. Nothing planned. Nothing orderly. A walk with a beginning but no middle and no end. That is the fate of many characters in the novels of Japan’s Haruki Murakami. It is also his appeal. The reader goes for a walk: starting somewhere familiar and going somewhere strange.

There is much one could dislike about Murakami’s books. The prose can be cliche-ridden. The tropes can seem cloying. The characters and plots can seem predictable. While he has been consistently popular, Murakami’s critical reception has been mixed. “Falling out of love with Murakami” was the title of one essay in the Guardian.

His popularity, indeed, exposes him to cynicism as his fans can be among the most cultlike in literature: whimsical “Harukists” who love his most formulaic elements and bemoan his annual failure to win the Nobel Prize.

One could easily imagine a satire of his books. A single man lives alone, cooking miso soup and listening to the Beatles. He meets a young woman with a slight physical abnormality. His cat disappears. The phone rings. You get the picture.

If I, or you, or anybody else was to write a Murakamiesque book, however, it would not be as readable, or as touching, or as striking as the real thing. He is imitable in style; inimitable in substance. He is also, in my opinion, a great novelist, whose works should be read and re-read long after we are gone.

Take food. Murakami spices long descriptions of his characters’ cookery with details. A mere cheese sandwich, for example, is not just a cheese sandwich but a cheese sandwich of “two slices…spread with butter and mustard”. Yet these touches are not filler, or Flemisesque wish fulfillment, but a reflection of Japanese meditative customs. In the wonderful In Praise of Shadows, Jun’ichirō Tanizaki wrote:

Whenever I sit with a bowl of soup before me, listening to the murmur that penetrates like the distant song of an insect, lost in contemplation of the flavours to come, I feel as if I were being drawn into a trance.

It is in such trancelike states that Murakami’s characters are drawn into the lands of the surreal and the absurd.

If there is someone to compare him to, I think it is a film-maker. His works explore the same artistic spaces as David Lynch. Both root stories in a dreamily deceptive realism, filled with foodstuffs, drinks, music and small talk. Both let the absurd bleed into ordinary life. Both use symbolism for the sake of moods as much as for explicit allegories. Both are fascinated by the needs of the subconscious.

While Lynch seeks perversity in innocence, though, Murakami often finds innocence in what seems perverse. Take this passage from his famous novel Norwegian Wood:

“I probably still haven’t completely adapted to the world,” I said after giving it some thought. “I don’t know, I feel like this isn’t the real world. The people, the scene: they just don’t seem real to me.”

Midori rested an elbow on the bar and looked at me. “There was something like that in a Jim Morrison song, I’m pretty sure. People are strange when you’re a stranger.”

Murakami can be vulnerable to quotation. Isolated lines seem sentimental shorn from context. His complete thematic tapestries are subtler and richer. IQ84, his epic novel, is let down by the neatness with which its two main characters are the drawn together. Still, the presence of the ugly, lonely Ushikawa, hired to watch the couple by the mysterious villains yet becoming a half-cynical, half-envious voyeur, is an unsettling and ironic accompaniment.

Beneath all the fantasies and darkness of his books – with their sociopathic cults, mad scientists, isolated towns and talking animals – the hunger for connection lurks like roots. Murakami is disliked by some Japanese critics for being too Western. What appeals to American and European readers, though, are less the references to Western singers and composers than the cross-cultural themes of alienation and confusion in mass societies. Most of Murakami’s characters are isolated people, cut off from their immediate family and friends, and grope towards each other which pathetic clumsiness. At the end of Norwegian Wood, the narrator calls his lost girlfriend:

Gripping the receiver, I raised my head and turned to see what lay beyond the phone box. Where was I now? I had no idea. No idea at all. Where was this place? All that flashed into my eyes were the countless shapes of people walking by to nowhere. Again and again I called out for Midori from the dead centre of this place that was no place.

Dreux Richard, in an essay bluntly titled “Why Haruki Murakami should not receive the Nobel Prize for Literature”, insisted:

Murakami, rightly dubbed “a pornographer of depression,” produces stylized stultifications of the spirit, as rich in lassitude as they are in quaffable prose.

The ennui that Murakami’s characters often experience does not survive exposure to the strangeness of his, and our, world. While a sharper accusation might be moral cynicism – life often appears to happen to his characters, either because it is beyond their control or because they are too passive to act otherwise – one thing the men and women of his novels have is perseverance. They are always stumbling around in rabbit holes.

As well as his novels, one should read his short stories. Here, his range and discipline is most impressive. While some of the women in his novels lack depth and independence, the narrator of “Sleep” is among the most touching portrayals of frustrated housewives in fiction. “The Kangaroo Communique”, meanwhile, typifies his surreal and ominous sense of humour:

Every time I set eyes on a kangaroo, it all seems so improbable to me: I mean, what on earth would it feel like to be a kangaroo? For what possible reason do they go hopping about in such an ungodly place as Australia? Just to get killed by some clunky stick of a boomerang?

His surrealism is perhaps the most elusive element of his work. Readers search in vain for literal meaning to his powerful sheep, talking cats and spectral hotel rooms. Nor, though, are they merely gimmicks. An excellent essay by Scott Esposito in The Quarterly Conversation explored Murakami’s use of the surreal as, in his words, “a kind of magical baptism to link the world on this side with the world on the other side”. Esposito understands this as the connection between the story and the reader but I also think it represents the world meeting the self; that vague boundary between observation and interpretation, out of which our myths and legends and rituals have risen. The past and the present, and desire and contentment, and neuroses and normality, take strange, convincing forms.

Do you ever want to talk a walk? Go on. Take one. Step out of your routine and wander. Follow shapes you recognise, or shadows that appeal. You will find yourself at home again, in time, much the same.

Quillette contributor and Cambridge PhD student Rob Henderson on how cancel culture became one of America’s most successful exports and why upper middle class whites have embraced the woke...