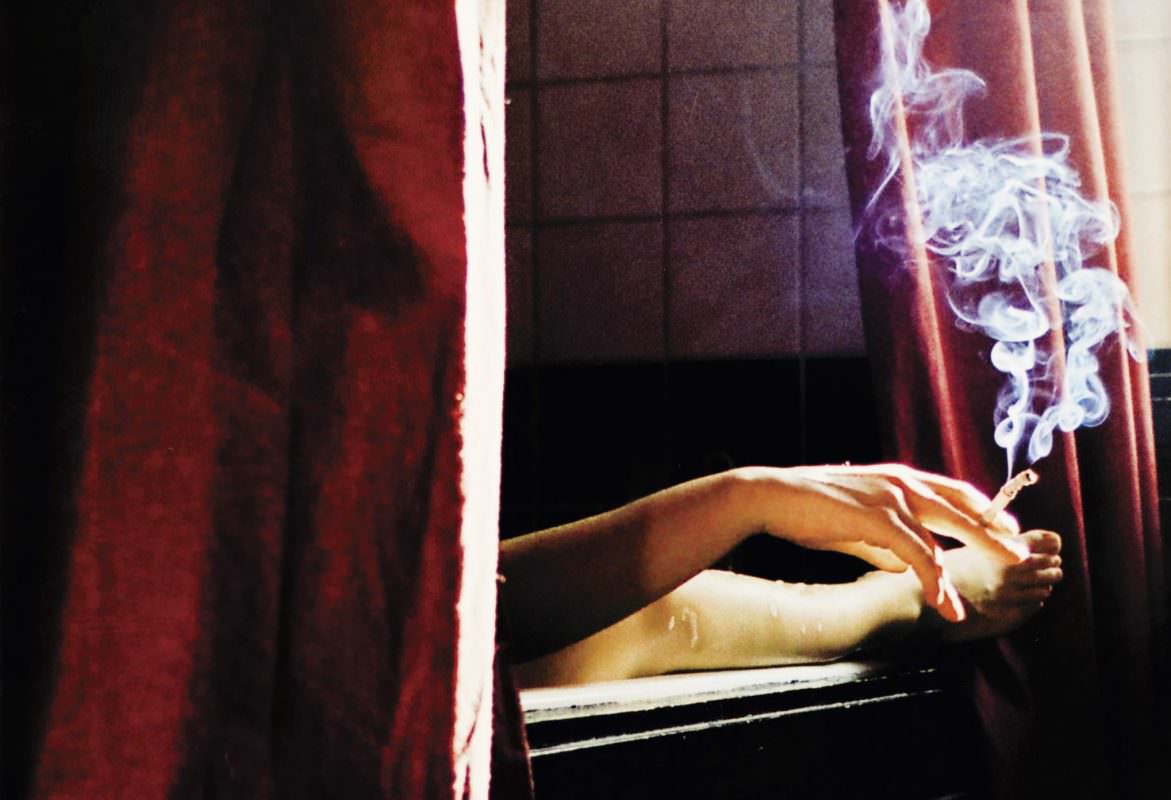 As the Socialist government of François Hollande slumps into obscurity, the favourites in this year’s French presidential elections are a liberal, Emmanuel Macron, a conservative, François Fillon, and a national conservative, Marine Le Pen. Amid the usual corruption scandals is the smell of what the French call “le declinisme.“

France is a country ill-at-ease with itself. Mr Hollande plumbed record depths in his approval ratings and while Ms Le Pen is predicted to lose the elections, it is astonishing that she has so much of a shot. Populism has spread across America and Europe, of course, but what distinguishes France is the extent to which its artists and intellectuals have expressed the same concerns as its electorate.

This is somewhat surprising. French intellectuals have long been at the forefront of revolutionary thought. Voltaire and Rousseau radicalised French liberal opinion in the years before the toppling of the Ancien Regime. In the 20th Century, Sartre, Althusser and Badiou promoted communism, while Lacan, Derrida, and Foucault dug into the foundations of Western culture. Their disciples led the famous 1968 protests, which escalated to the point that President Charles De Gaulle fled to a military base in Germany.

Now, it is not radicals who speak loudest in French culture. It is reactionaries. Novelists, philosophers and political commentators speak less of liberation than degeneracy, and less of revolution than decline.

Michel Houellebecq rose to fame with obscene, darkly comic novels that satirised sex after the sexual revolution. He was also put on trial in 2002 for calling Islam “the dumbest religion.” By the time he wrote Submission, which imagined the consequences of an Islamic future for France, he had become the nation’s most renowned man of letters. It did not hurt the novel’s chances for popular success that it was published on the day jihadists massacred the staff of Charlie Hebdo.

Houellebecq is not even the darkest of French fiction’s “new reactionaries.” Renaud Camus, an eccentric gay novelist, diarist and commentator, exiled himself from the mainstream literati with his warnings of “le grand replacement” and was fined four thousand euros for incitement to racial hatred. Richard Millet, a respected editor and author, provoked a firestorm of controversy for writing that Anders Breivik was “what Norway deserved.” (Le Pen, at the very least, would not be so indiscreet.)

In non-fiction, too, there has been a rightwards turn. Alain Finkielkraut and Pascal Bruckner, once essayists of the Left, have increasingly rejected multiculturalism. Finkielkraut’s The Unhappy Identity criticised Islamic immigration while Bruckner’s The Tyranny of Guilt attacked ethnic shame.

In popular culture, right wing voices have flourished. Eric Zemmour, an unlikely little television host, is famous for attacking neoliberalism, immigration, and feminism. He regularly makes headlines for his provocative opinions but has continued to attract large audiences.

Further to the right, French nationalist intellectuals like Guillaume Faye, Alain de Benoist, and Dominique Venner (who shot himself in Notre-Dame Cathedral in what he claimed was a protest against the decline of French culture) have spread their influence to the American Alt-Right: Faye addressed a conference of American Renaissance and De Benoist spoke at the National Policy Institute.

These trends have, of course, attracted criticism from the Left. Shlomo Sand and Sudhir Hazareesingh eulogise French intellectuals who once “took a position on the side of the powerless” and offered the “promise of a radiant future” and denounce modern authors who have become “more inward-looking” and “turned to their past.”

The problem with intellectuals who promise radiant futures is that their promises go unfulfilled. The idealism of Rousseau ended, inevitably, with the Reign of Terror. Pol Pot frequented Parisian salons in the 1950s, listening to their pompous Marxist ideologues, before heading home to massacre his countrymen. Latter-day reactionaries are responding to the failures of idealism: both its catastrophic failures in political terms and its consequent failure in the spiritual sense. The French Left descended into the interminable wordplay of post-modernism, which, though not without insights, alienates and enervates more people than it inspires.

Also significant has been France’s decline on the international stage. French influence waned throughout the Twentieth Century as anti-colonial uprisings triumphed in Vietnam and Algeria. In 2011, then president Nicolas Sarkozy, appropriating the human rights idealism of his friend, the open-shirted and coiffered philosopher Bernard Henri-Levy, spearheaded the attack on Colonel Gaddafi in what was widely seen as an attempt to rally France behind him. The failures of the intervention compounded France’s international embarrassment.

At home, meanwhile, a swelling migrant population has become ever more difficult to integrate. Seven prisoners out of of ten, it is estimated, are Muslim. Riots have become an almost yearly occurrence. While French people have attempted to unite around their football team or feel good films like The Intouchables, the scale of their social dysfunction has continued to depress and divide. Real or rumoured police violence, such as when a young man was allegedly sodomised with a truncheon, has antagonised the ethnic minorities of the French suburbs while the rampant criminality in these banlieues — where, in the most notorious example, the so-called Gang of Barbarians kidnapped, tortured and killed a young Jewish man — has disgusted outsiders.

Most sensationally, France has endured a storm of terrorism. Sand writes with dismay that Houellebecq criticised the French government for being insufficiently proactive in opposing jihadism, but his tutting seems absurd in the aftermath of the shootings at Toulouse and Montauban, the Charlie Hebdo massacre, the killings at the Bataclan, the truck attack in Nice and the murder of Father Jacques Hamel.

Unsavoury as it was when Jean Paul Sartre applauded Frantz Fanon’s advocacy for anticolonial violence in The Wretched of the Earth, Fanon’s subjects at least had credible grievances. As police scramble to stop jihadists attacking the Eiffel Tower, romantic third worldism and even optimistic ideas of égalité are difficult to sustain. It is unsurprising that such carnage has darkened the thoughts of French intellectuals. Impotent abroad and embattled at home, France has lost what Hazareesingh calls its “Gallic self-confidence.”

Houellebecq is perhaps the most interesting figure among the new reactionaries. It is, first of all, interesting that the French, known for their love of good wine, good food, and good women, flock to read a wiry little man who writes of sex as if it was a kind of surgical operation. His first novels inspired bewildered respect with the heights of their perversity and depths of their despair. They are all miserable sex and miserable sexlessness, with two genuine love affairs ending in suicide and murder. At his core, however, Houellebecq was a moralist, satirising the commodification of life.

Submission is no mere exercise in Islam bashing. It is far more a satire of Europeans than Muslims. European man, to Houellebecq, is so spiritually deflated that he accepts Islamic occupation as, if nothing else, a welcome opportunity to have more than one wife. Here is no rallying call to revolutionary ideals. Here is the cold, shrugging suggestion that the French, in essence, are not made of the right stuff.

Houellebecq is blunt about what he dislikes in politics. It is hard to believe anyone without his literary credentials could have used the pages of the New York Times to denounce the president as an “insignificant opportunist”, the prime minister as a “congenital moron” and the government as a group of people who had “pathetically, systematically, deplorably failed in their essential mission: to protect the population under their responsibility.” What he would prefer instead is an open question. Like most satirists, he knows what he disdains better than what he admires.

French reactionaries are a mixed lot. Finkielkraut and Bruckner are disgruntled liberals. Zemmour is a national conservative. Out on the fringes, Guillaume Faye has formed an ideology called archeofuturism, which, he claims, will unite folk traditions with techno-scientific progress. All of them, however, are radically anti-modern. Benoist and Millet rail against the “Disneyfication” of culture from a profoundly traditionalist position but Finkielkraut, a Jewish ex-Maoist, also attacks relativism, pathological altruism and the degeneration of cultural standards. In the home of the Enlightenment, the new reactionaries have looked back into the shadows.

Even if, as predicted, the National Front are beaten, the next president will find themselves in charge of a miserable, conflicted country. In a recent poll, 61% of French people said Muslim immigration should be stopped, which, especially given that up to 10% of French people are Muslims, is an astonishing statistic. As curators of the national imagination reflect their fears back at them, France is struggling to have more than a beautiful museum.