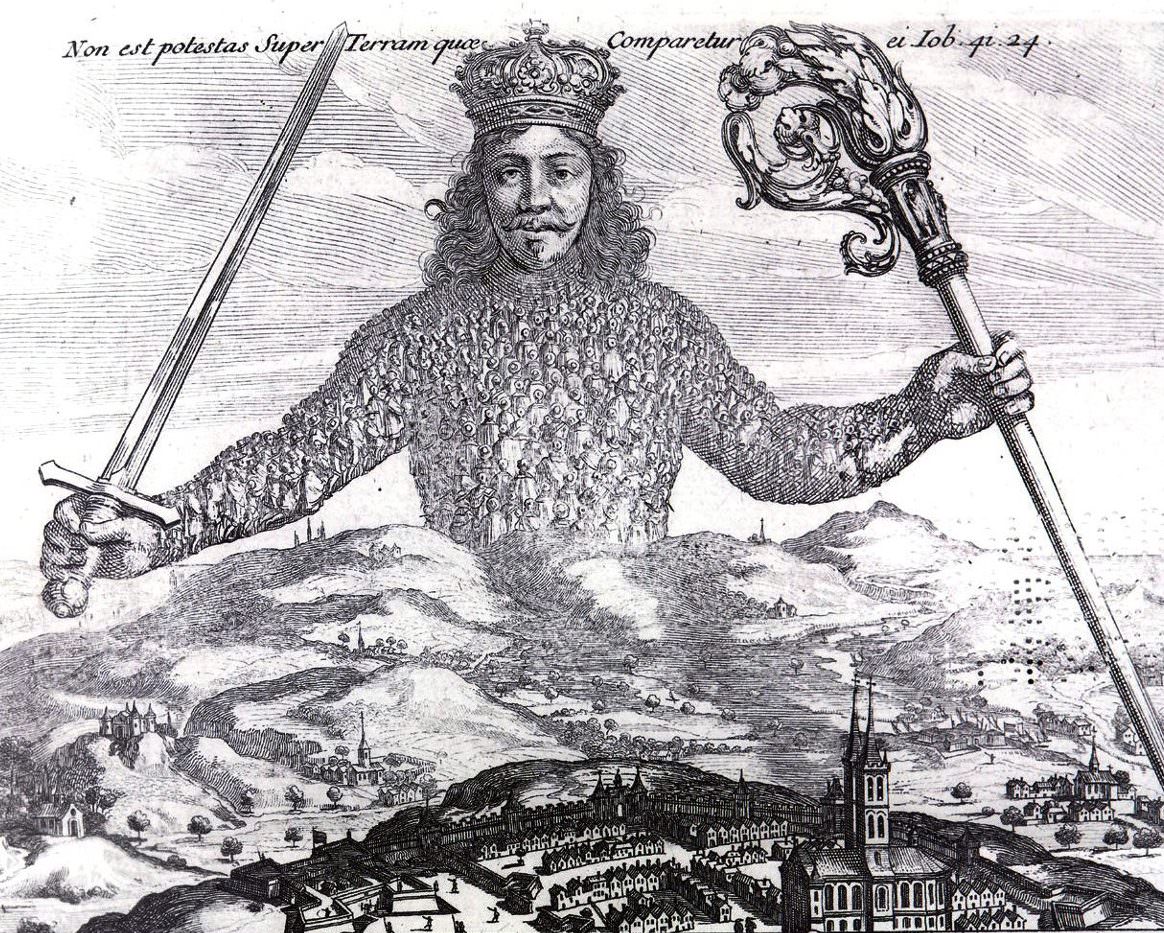 The debate between “Remainers” and “Leavers” over the United Kingdom’s referendum on 23 June 2016 about European Union membership focused on several themes. I list what I think are the four most important: the first being democracy and sovereignty; the second being alleged good or bad economic consequences; immigration; and finally, cultural ties and cosmopolitanism. Here I argue that this referendum illustrates a central debate in political philosophy about the relation of the individual to the state.

In the referendum itself, a slim majority, 52% to 48%, voted for the UK to leave the EU, the so-called “Brexit”. It’s worth adding that the EU and its constituent parts should be distinguished from a number of other European supranational bodies, such as the Council of Europe and the European Court of Human Rights in Strasbourg. I was undecided about the vote. In the end, I did not vote, although I leaned slightly towards Remain, thinking the potential economic downside of Brexit outweighed the democratic and accountability deficit of the UK’s remaining in the EU.

There are compelling considerations on both sides. Sadly, the last two weeks have seen outbursts of anger from some Remain voters: working-class voters demonized and libeled, even called “monkeys”; old people told they should not be allowed to vote; a democratic referendum being dismissed with demands for another referendum — maybe there ought to be endless referenda until the demands of one side are met?

There was a compelling case for Leave, just as there are cases in favour of and against Scottish independence; even Irish reunification, for example. Politics is not atomic physics. Politics is a moral battleground of desires, hopes, fears, values, and grievances. Given the apparent failure of opponents of Leave to understand how qualitatively distinct political disputes are from factual questions of science, it is worth looking at the Leave case. I want to emphasize one aspect of this: this is the first point concerning democratic accountability, and how the debate pitted advocates of elite technocracy against advocates of democracy and government by consent.

Before that, I briefly mention the three other points listed above. I hedge the second point, about alleged economic consequences of leaving the EU. (I lack any confident understanding of economics or financial matters. So I am uncertain where the truth is here). Also I suspect others ought to be more skeptical and wary of scare-mongering. There are predictions in all directions, ranging from predictions of positive economic outcomes, involving greater trade opportunities with the wider world and looser regulation, to pessimistic predictions of financial crises and a recession for late 2016.

At the moment, few seem to be able to predict reliably the main economic outcomes, concerning jobs, investment, banking, financial implications, trade deals. Even short-term effects are hard to predict. After FTSE 100 fell sharply on 24 June, the index rallied significantly in the following week reaching a level higher than its 23 June value. Sterling, in contrast, has fallen sharply against the dollar to its lowest point in 30 years. Going only on what I’ve read, I do suspect the economic consequences will be largely negative in the medium term, and this is why Remain seemed the somewhat better option to me.

On the third point, the Remainers have accused the Leavers of being “xenophobes” and “racists”, or at least of encouraging such tendencies. This is because a component of the Leave argument is that immigration causes social and economic conflict. I am personally unmoved by anti-immigrant sentiment. However, given my own working-class background, I recognise the resentment felt by those who feel immigration directly impacts negatively on their lives: it does cause social conflict, particularly for the poorest in society and the lowest wage earners: increased labour supply lowers wages and consumes welfare resources, including healthcare, education and housing. It is also true that there has been a reported increase in incidents of prejudice and even violence against Eastern Europeans and Muslims. This trend may continue or may abate. However, there really is little evidence to support claims of any widespread racism and xenophobia. Evidence on this matter (for example, published in Washington Post in 2013) points the other way, and suggests that the UK is amongst the two or three least racist or xenophobic countries in Europe. Support for far-right groups has always been low (e.g., the British National Party, peaking around 5% occasionally in national elections) compared to other European countries. Britain has always been fairly liberal in relation to such matters.

It is more accurate to say that the Leavers wished to take control of their society and its government away from an unelected, undemocratic elite, and into their own hands. As explained below, the Leavers wish to govern themselves, much as the English Whigs did in 1688, as the American colonists did in 1776, as the French Revolutionaries did in 1789 and as the Zionists did in 1948. More on this point below. But, in any case, it is important to distinguish legitimate economic objections to uncontrolled immigration from illegitimate culturally racist attitudes towards economic migrants.

On the closely related fourth point, an objection to Brexit has been that the EU is cosmopolitan and the UK is not, and therefore that, assuming cosmopolitanism a good thing, Brexit is a step in the wrong direction, perhaps towards petty nationalism. Whether this is true is again a matter of dispute. A more direct reply — and I mention it to tease the Remainers — is that the British Empire, an elite autocratic technocracy, was for several centuries multi-ethnic and cosmopolitan, while the fledgling United States, for example, which initiated its own Amerexit in 1776, was not. Indeed, escaped slaves and native Americans tended to fight with the British against the colonialists, up to The War of 1812 (Tecumseh, famously). Neither were other post-colonial states, such as India and others, particularly cosmopolitan. But it was the Empire that banned the slave trade in 1807 and then abolished slavery itself in 1837. In the US, this had to wait until the 1860s. The relation of cosmopolitanism to specific forms of government, including autocratic imperialist government, is therefore not particularly straightforward, and it seems plausible to argue that, throughout history, empires have tended towards, not against, cosmopolitanism; and not necessarily for reasons of moral insight but rather for reasons of efficiency, organization and expedience.

Finally, back to the the first point, about democracy, accountability and sovereignty. Along with the economic issue, these seem to me the central considerations. It is here that the Leave position is strongest. There is a longstanding debate in political philosophy about the relation of the individual to the state. On the one hand, liberals see the individual citizen as central, and state as its servant. The state must govern with consent, an idea articulated in Locke’s (second) Treatise of Government (1689). Without consent, there is tyranny and therefore a right of rebellion. This is the argument given by the English Whigs (with whom Locke was closely associated via Lord Shaftesbury) in 1688 against King James II, leading to the Glorious Revolution, and implemented in the English Bill of Rights (1688/89); and the same argument was given by the American colonists in 1776, consciously following Locke, and implemented in the US Bill of Rights (1787/89). On the other hand, authoritarians see the state and society as central, as a kind of “organic whole”, and its function to keep the people “safe” and “secure”.

In terms of their underlying view of the relation of the individual to the state, the Remainers are following Plato, Thomas Hobbes and Georg Hegel. They value elite technocracy and authoritarian governance; there is an obvious tendency to reject democracy, to distrust the citizens, and to redefine liberty as its opposite — the right to obey. The experts decide and you obey. As Bertrand Russell once joked in his History of Western Philosophy, “Hegel, who owed much to Rousseau, adopted his misuse of the word ‘freedom’, and defined it as the right to obey the police, or something not very different.” The current “safe space” ideology at universities and colleges reflects this anti-liberal ideology, emphasizing security over liberty. This is an example of Hobbesianism.

In contrast, in rejecting the EU superstate, itself non-democratic and unaccountable, the Leavers are following an opposite, democratic, anti-authoritarian and liberal tradition — that of the Athenian statesman Pericles, the English Whig John Locke and the Austrian liberal Karl Popper. It values liberty, equality before the law and democratic decisions. And it insists on a right of rebellion against tyranny and authority. Democratic governance understood this way contains a mechanism for removing governments, a kind of negative conception of democracy, as found in Popper’s writings.

The debate in political philosophy about the relation of the individual to the state continues today as intensely as it did 2,500 years ago during the periods of Athenian democracy and tyranny, with the similar arguments in play. For the authoritarians, like Plato and Hobbes, the unwashed people may easily descend into a mob, possibly even leading to war (a “war of all against all”, Hobbes’s phrase in Leviathan); they cannot be trusted to make their own decisions properly: the average person does not know how economics works; does not understand the laws; does not grasp complex matters of social policy or financial regulations or regulations about free movement. In short, ordinary people are akin to children, needing control and discipline. Complex matters of economics, social policy, law, etc., are for a sophisticated elite, schooled in philosophy, science and political theory, to decide: these are the “Guardians” in Plato’s Republic; the managers, in Burnham’s Managerial Revolution; the widely used term is technocrats.

For liberals, however, the desires of individuals cannot be legitimately dictated by an elite: the liberty to do as one pleases, particularly in one’s own personal sphere of liberty, cannot be removed. And a legitimate government is formed by elected representatives, who must govern with the consent of those governed, respecting those liberties and desires.

It is in this sense that the side which narrowly won the EU referendum, the Leave side, represents the anti-authoritarian tradition of liberal democracy, while the Remain side represents the authoritarian illiberal tradition of elite technocracy. What occurred on 23 June 2016 was a kind of revolt, with significant support from ordinary working-class voters, against an undemocratic supranational authority, to which they did not consent. Perhaps the European project will flounder, and even begin to unravel, because its underlying political philosophy was never that of democracy or liberalism, but rather that of an elite managerial technocracy. Or perhaps the shock of the Brexit vote and subsequent negotiations will lead to democratic reforms.

As mentioned above, it may be correct that, in economic terms, a decision to leave the EU would be unwise, and it may well encourage nationalist sentiments. However, that decision was an expression of an anti-authoritarian, democratic and indeed liberal outlook. In the long term, I believe that the most significant outcome is a weakening of a non-accountable, technocratic superstate, and a strengthening of liberal democracy.

Jeffrey Ketland is a logician at Oxford.